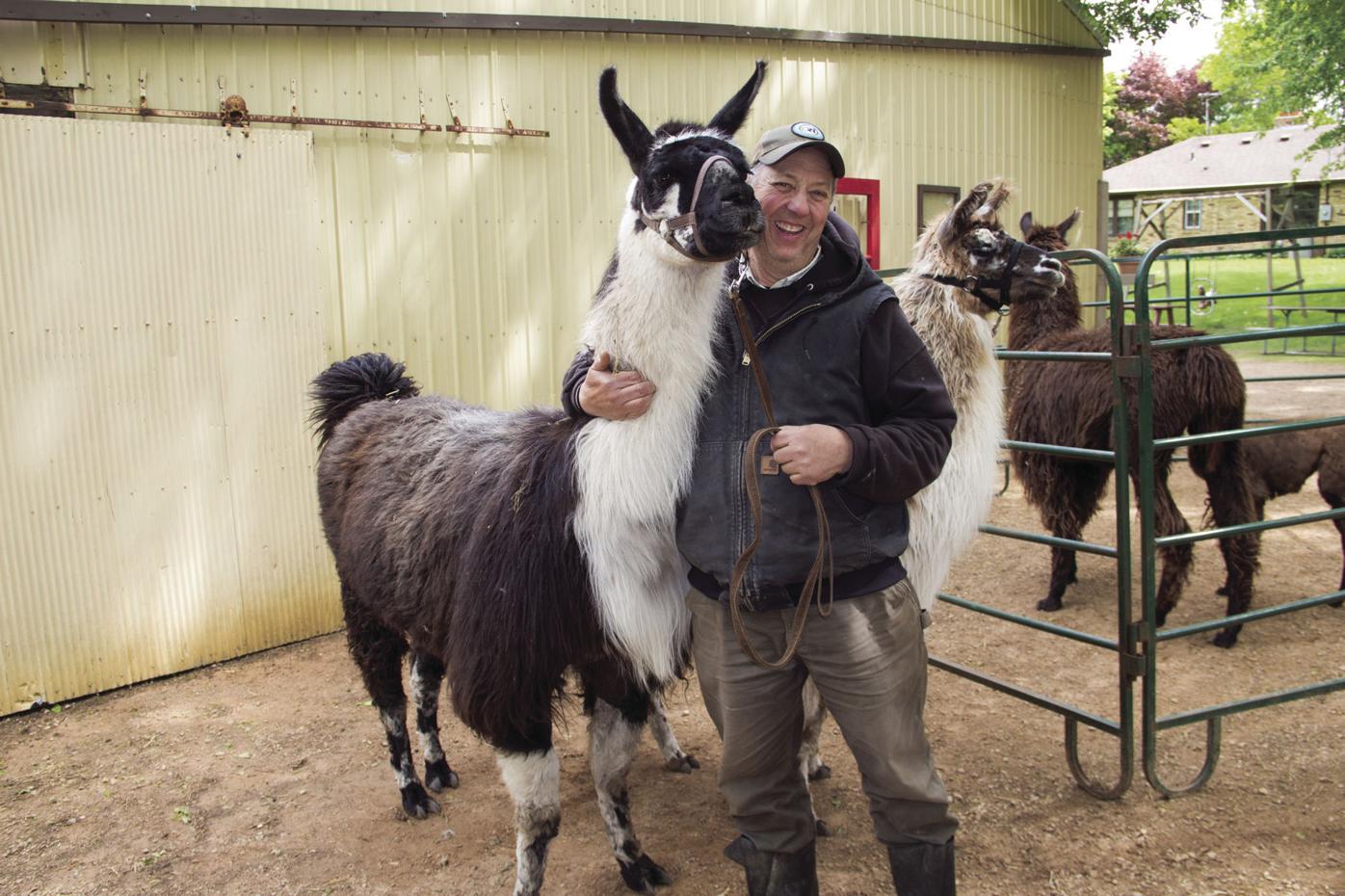 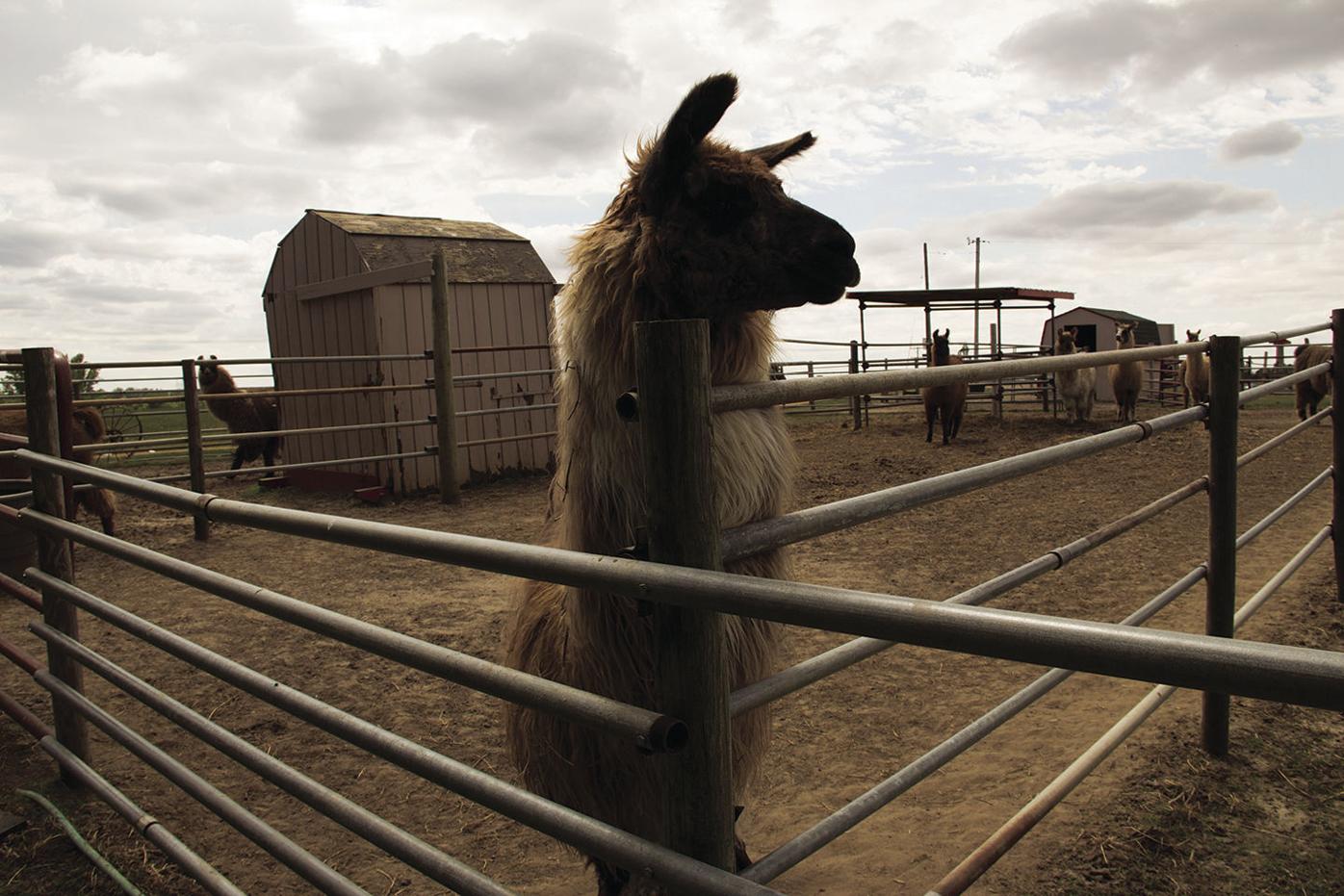 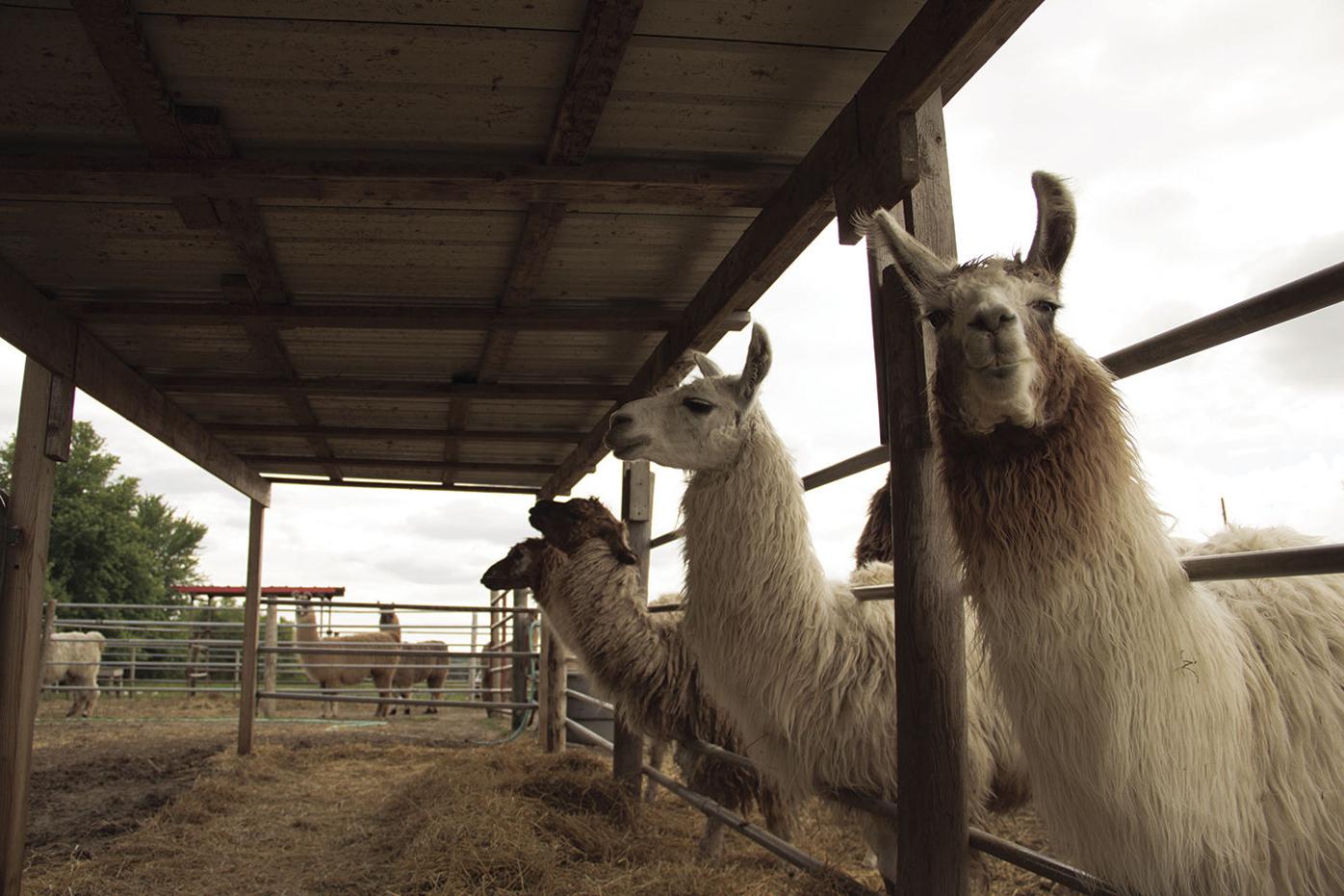 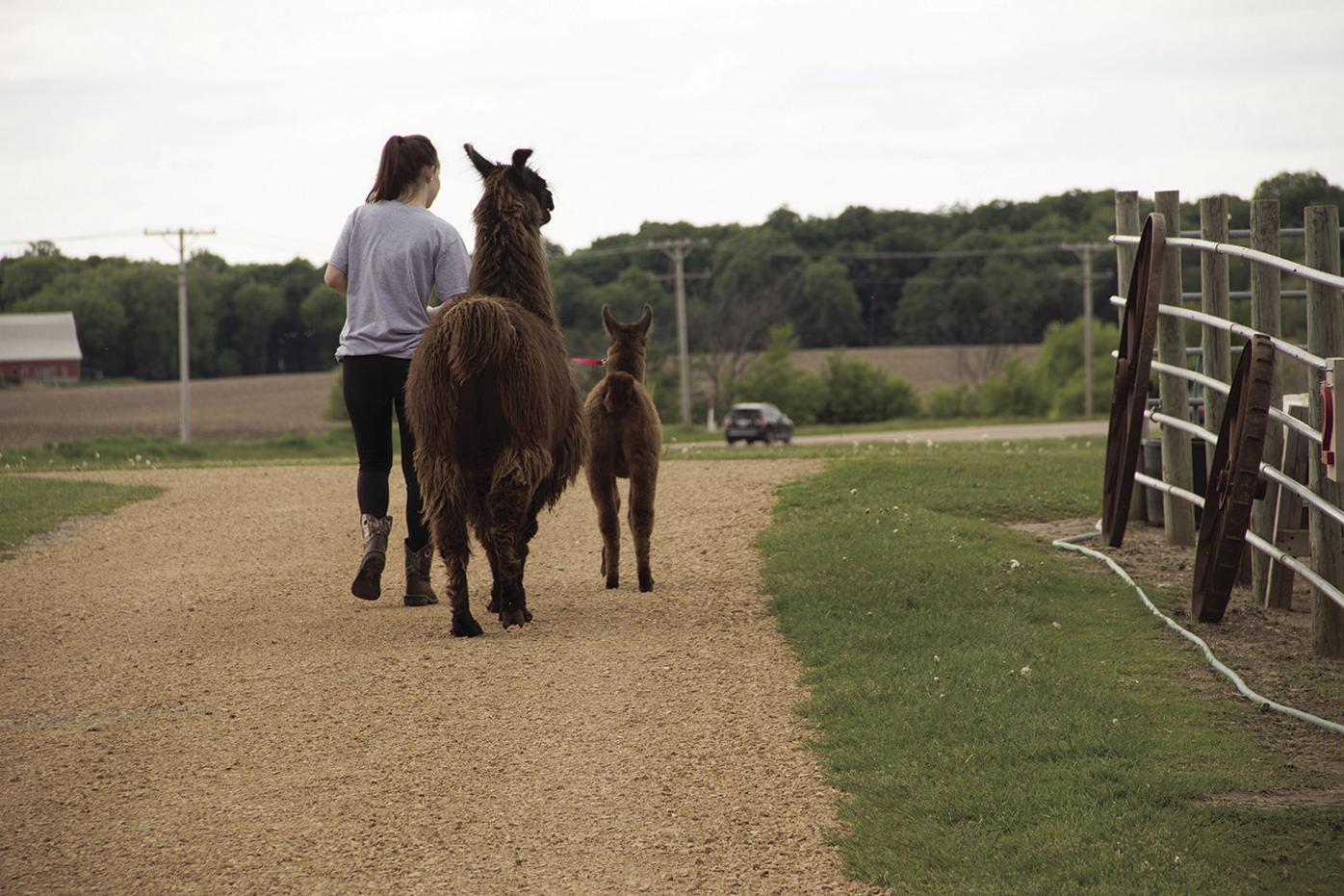 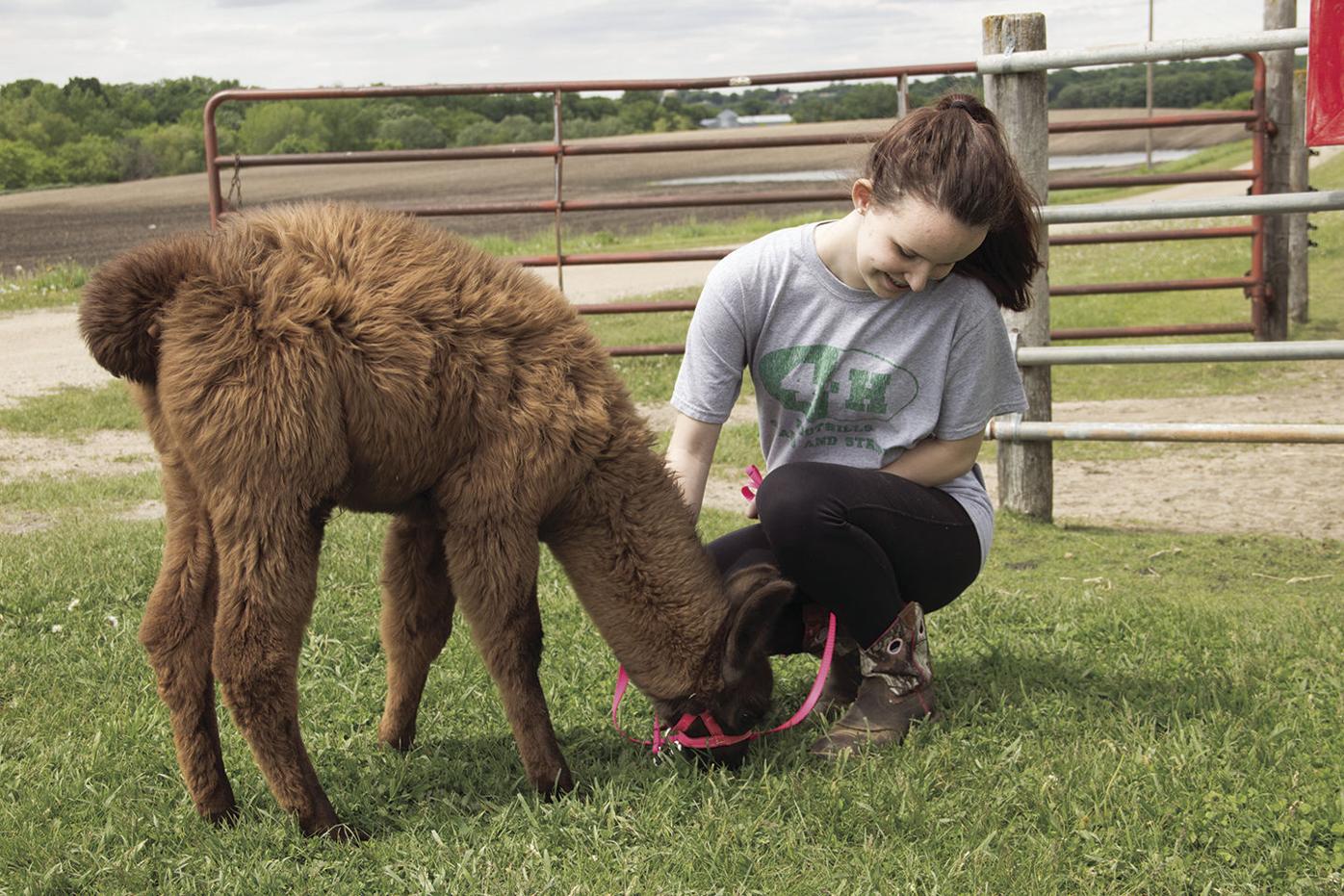 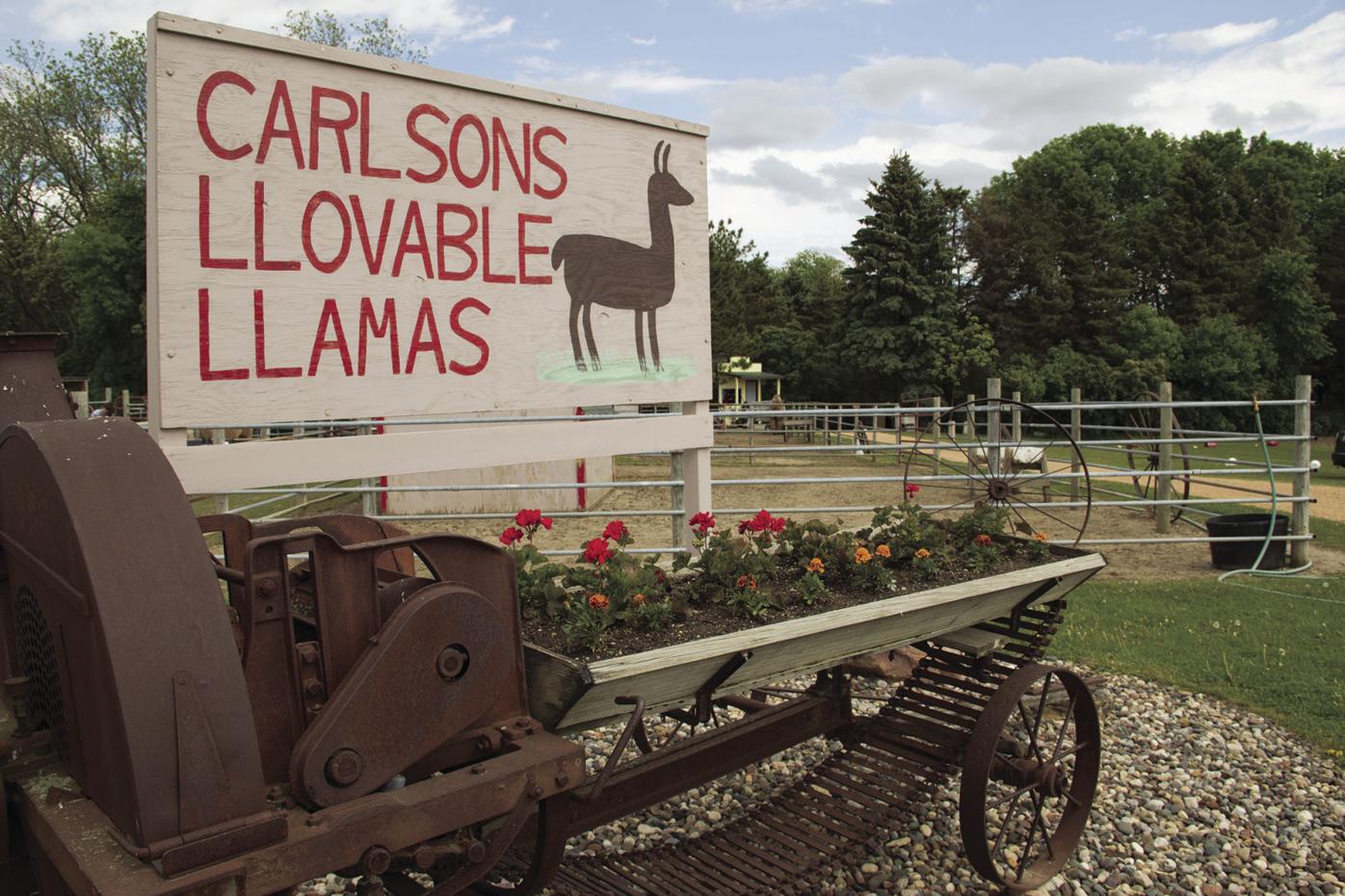 Driving toward Highway 212 on Engler Boulevard, one would see a mailbox marked by a flag about six miles outside of Waconia. That flag reads “LLAMAS”.

There you will find Carlson’s Llovable Llamas – a 14-year-old llama ranch that gets bigger every year.

“Our goal is to be people oriented and have good, friendly animals,” said owner Rick Carlson.

Carlson grew up on a farm in Clarissa, Minnesota. His childhood was filled with regular farm animals, including a few mean horses, which deterred him from wanting horses in the future, he said.

Later, Carlson started a family and knew what he wanted for them.

Knowing that horses were out of the question, he started looking into other things – like llamas.

“I doubt I knew what a llama was growing up,” he said. “After doing a few things and visiting a few places, llamas seemed like kind of the thing.”

Carlson said he wanted something mellow and gentle – llamas are both of those things. He can remember a few times when llamas started seeming like a better and better idea.

He said one of his first experiences was a family event at Lake Elmo. There was a llama magic act, according to Carlson. It was a way to get beginners interested in llamas, and he said he learned a lot the multiple times he attended. Another memory was at a llama bed and breakfast.

But there was one event that sealed the deal.

“I think what really made up our mind was when we were up at the Duluth Zoo, and here’s this llama, and he’s just moseying around and would come up to us and was just friendlier than heck,” he said.

In 1995, Carlson and his family moved to Waconia. He said that’s when his plans were put on hold. They first lived in an apartment, then a house in town.

That pause didn’t last long. They soon heard of a friend who was moving, but needed to find a home for his llamas first.

“I bought them over the phone,” Carlson said. “All of a sudden we live in town and we own two llamas.”

They were two males named Butternut and Lugie (Loogie).

“He was kind of a spitter,” Carlson said.

Luckily, he worked on a farm and knew where a few available barns were near his home. He recalls an occasion when he and his family would harness the llamas and walk them over to their yard. He remembers all the neighbors’ big eyes not once looking away at the scene.

In 1999, they found their current home, a 10-acre property six miles outside Waconia.

Soon, he started buying female llamas. Now, the Carlsons have six to 10 offspring every spring.

“I just wanted animals. I never had a plan,” he said, laughing. “Well, I had a small plan – I wanted to start the 4-H llama project.”

Carlson grew up participating in 4-H, and his kids did, as well. In 2003, he got all the approvals he needed and had 10 kids involved in the llama project the first year.

He said at first, his goal was to get llamas out into the area and get people educated about them. He wanted to lease llamas so local kids could take them home, but he soon found that it worked much better to keep them on his farm and allow kids to lease them.

Kids come to the farm about three or four times a week and train the llamas, take them around obstacle courses, get them used to people, shear them and get them ready to be shown at the county fair.

Carlson said the kids going to his farm, have started getting championships at county and state fairs.

One participant is Kiley Hallgren, who is now a full-time employee. Carlson said if he’s the manager, then she must be the assistant manager.

“I could be out here all day, it doesn’t feel like a job,” she said.

Hallgren will be a senior at the University of Minnesota-Morris and has helped Carlson every summer. She was in the 4-H Llama Project for six years and has won so many county and state purple ribbons that she can’t recall the exact number.

Hallgren said her mother first suggested the program, and she remembers not being interested at first. After a summer of her mom bringing it up, she and her sister decided they’d give it a shot.

“I thought I knew a lot about animals – coming out here I learned a lot more,” she said. “ I learned how to take care of an animal and how to be responsible.”

She said she went out to the farm often, which is why she did so well at competitions. She said one special thing about this project is being able to talk to other people about your llama and teach them.

Carlson said for that reason, he has a lot of shy kids come out of their shell in the program. He said that the ownership of something like Hallgren was talking about is huge for these kids.

Emma Crowell, a 15 year-old Chaska resident, has been in the program for five years. She used to join her neighbors when they would go take care of their llamas and she finally decided to join herself. Crowell has gone to the state fair with her llama in years’ past.

“Llamas are just so different,” she said.

Crowell’s favorite part is taking care of her baby llama and watching them grow. She said she has learned a lot, though. She said she used to be shy and afraid to talk to people, but a lot has changed.

“I can communicate with people I don’t know very well,” she said.

She says she knows she will be in the program as long as she can.

He says he still sees 4-H growing and that’s why he needs more llamas.

Carlson’s Llovable Llamas is booked solid every weekend for the summer with events. They do birthday parties, Scout parties, summer camps and a lot with special education programs.