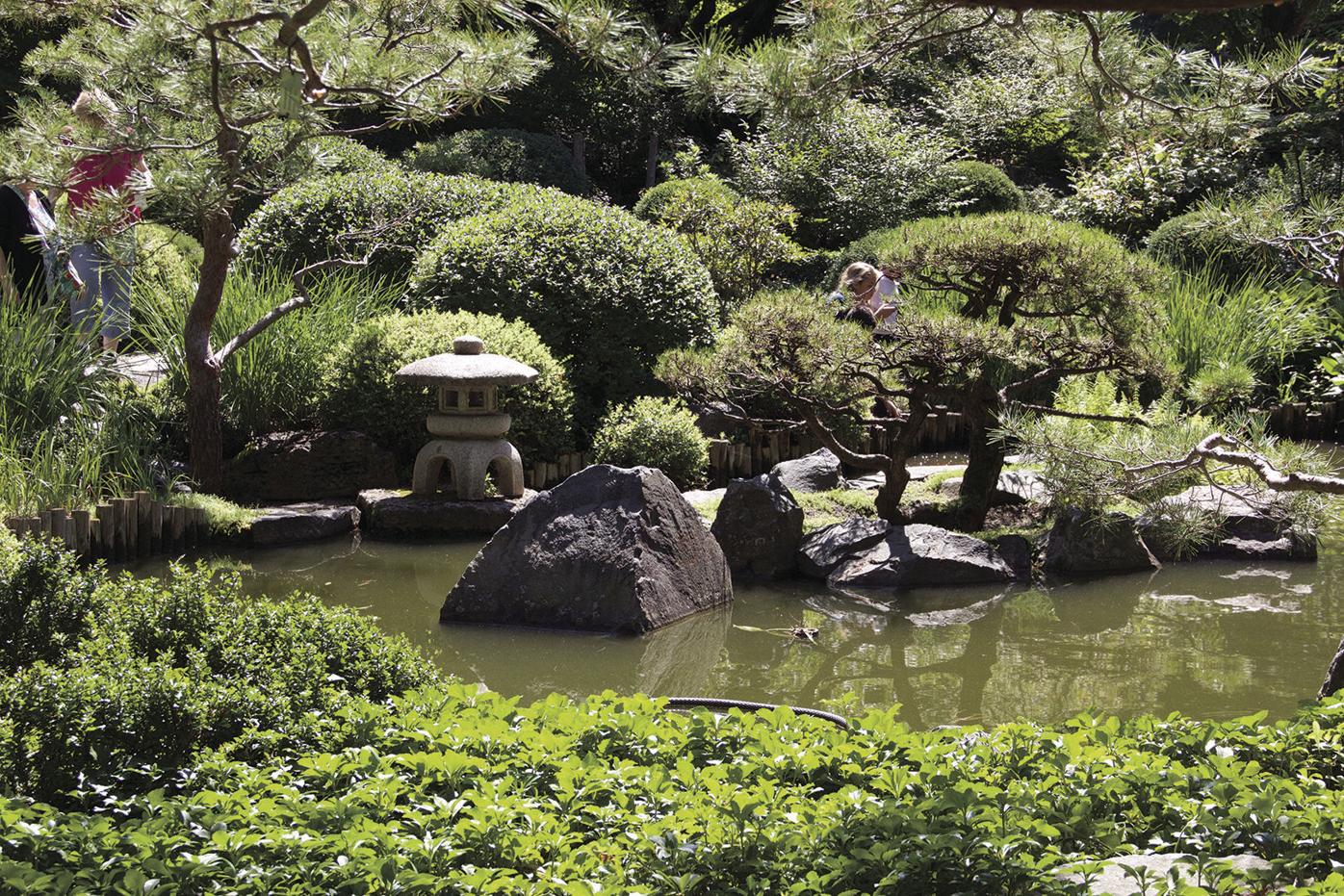 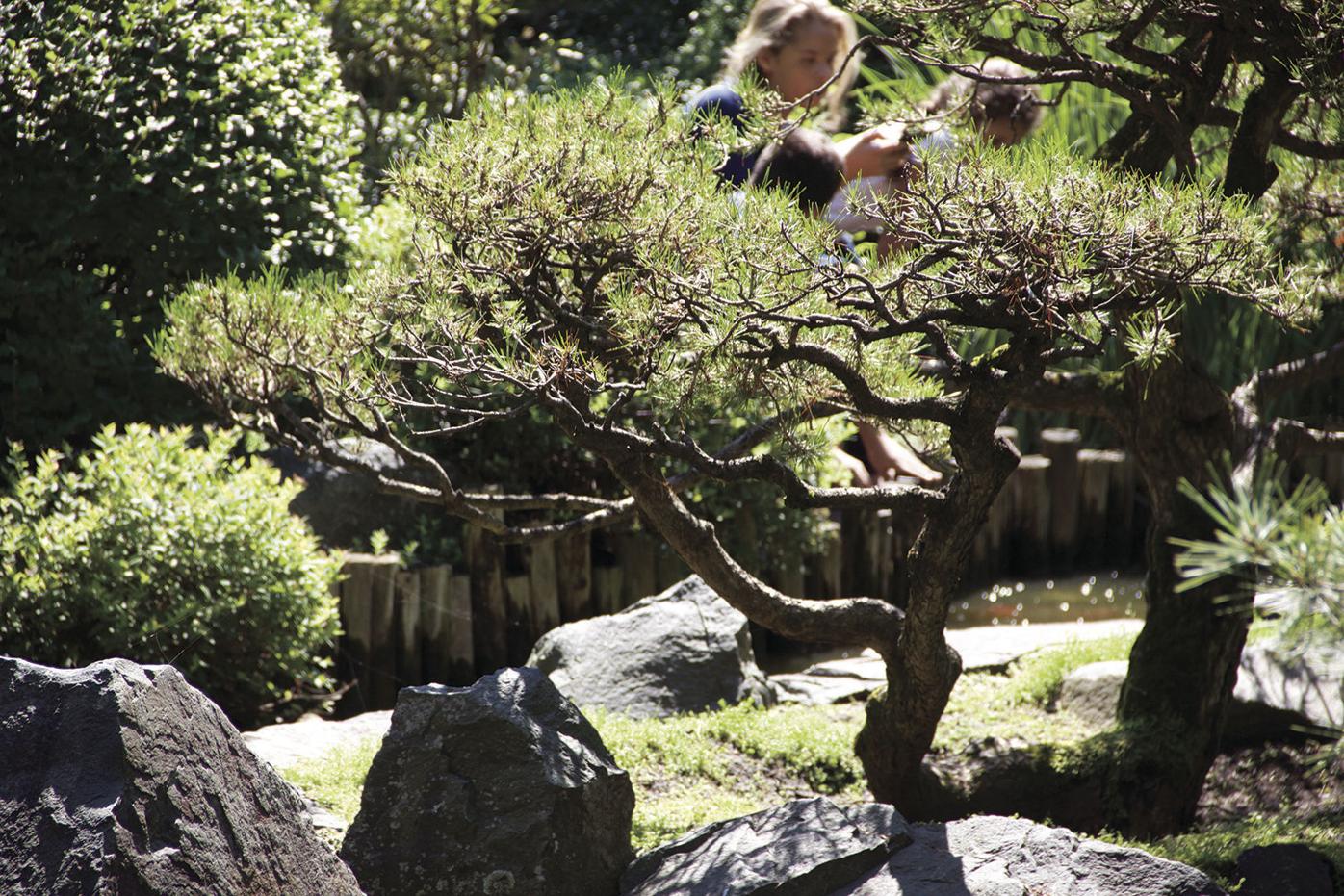 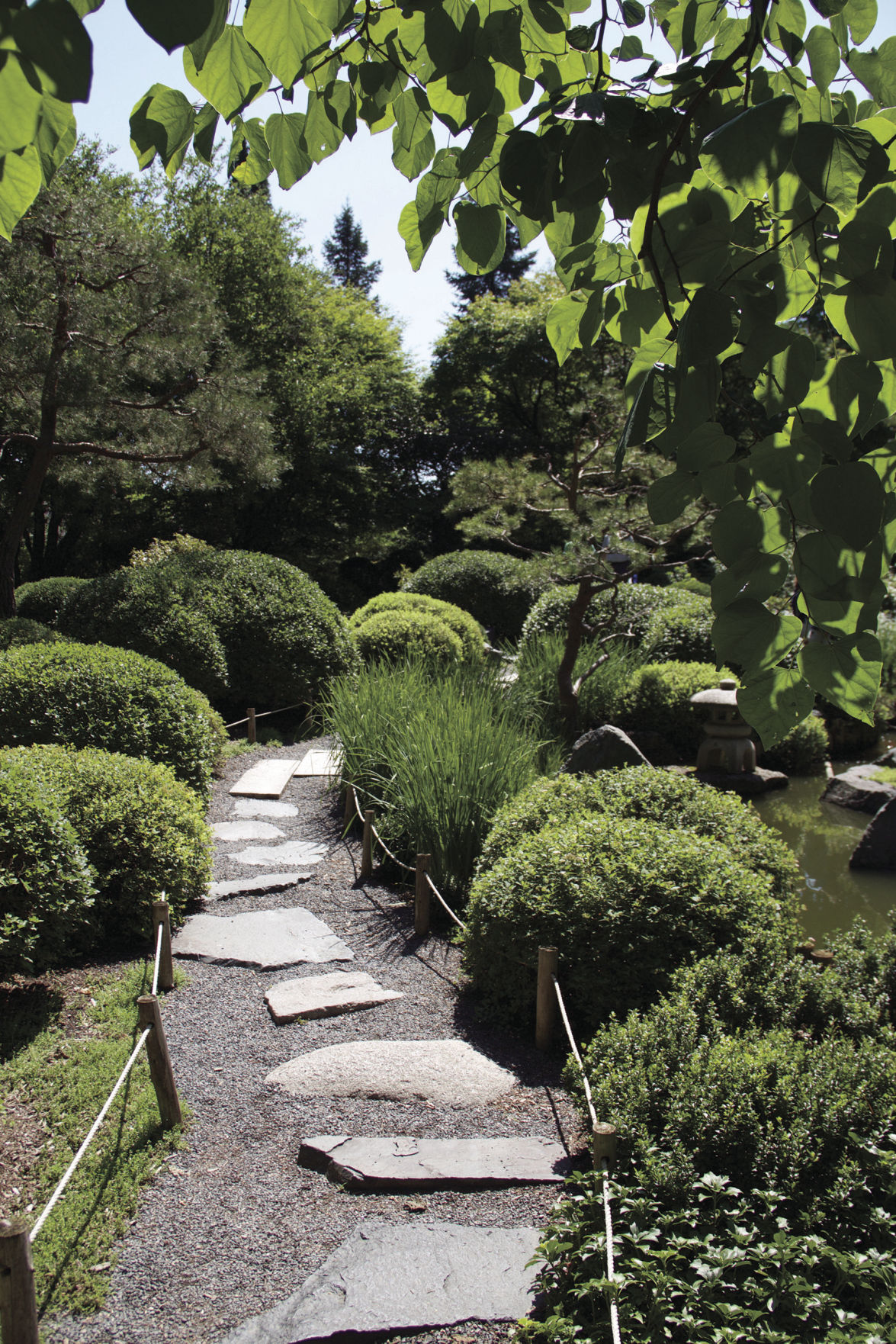 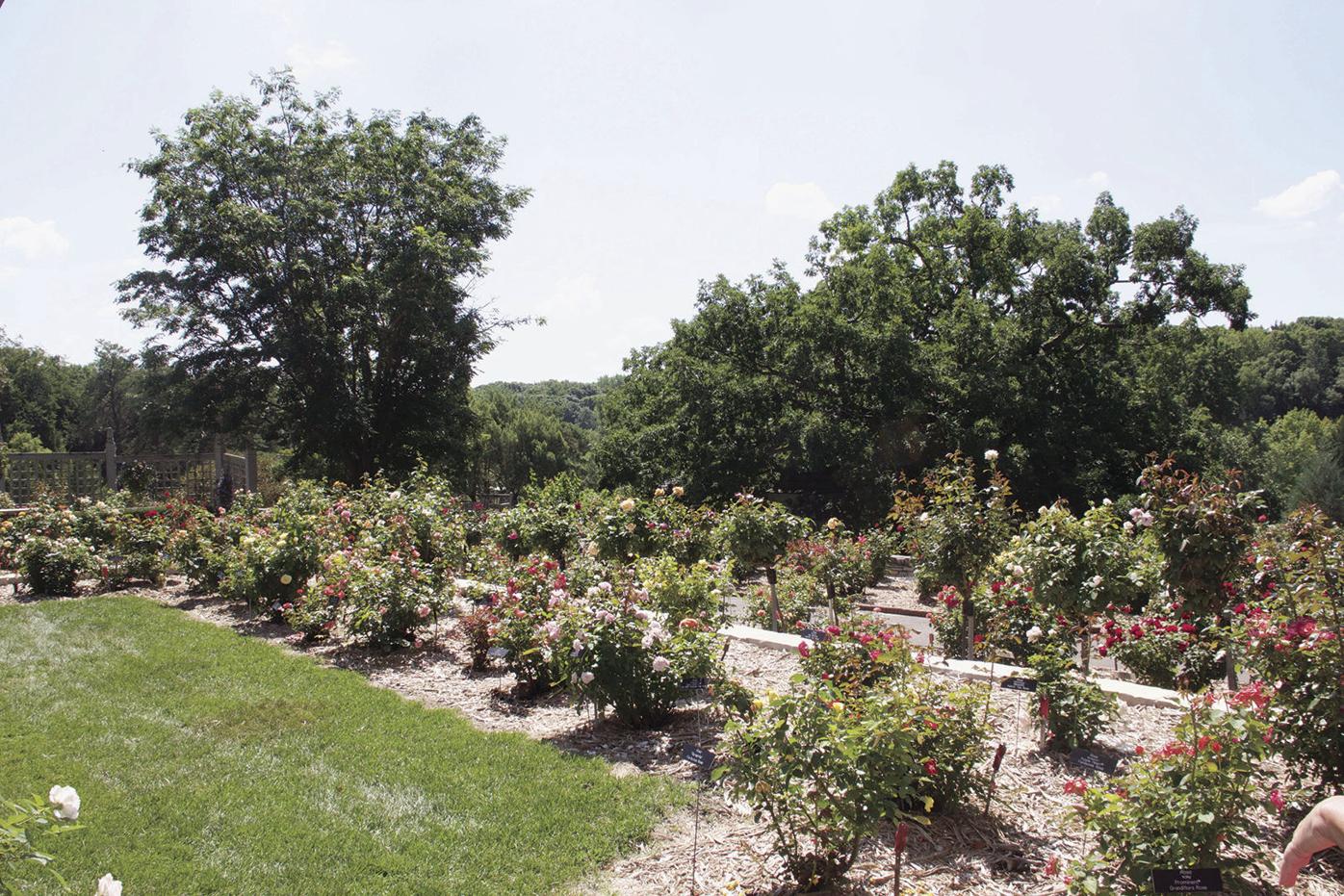 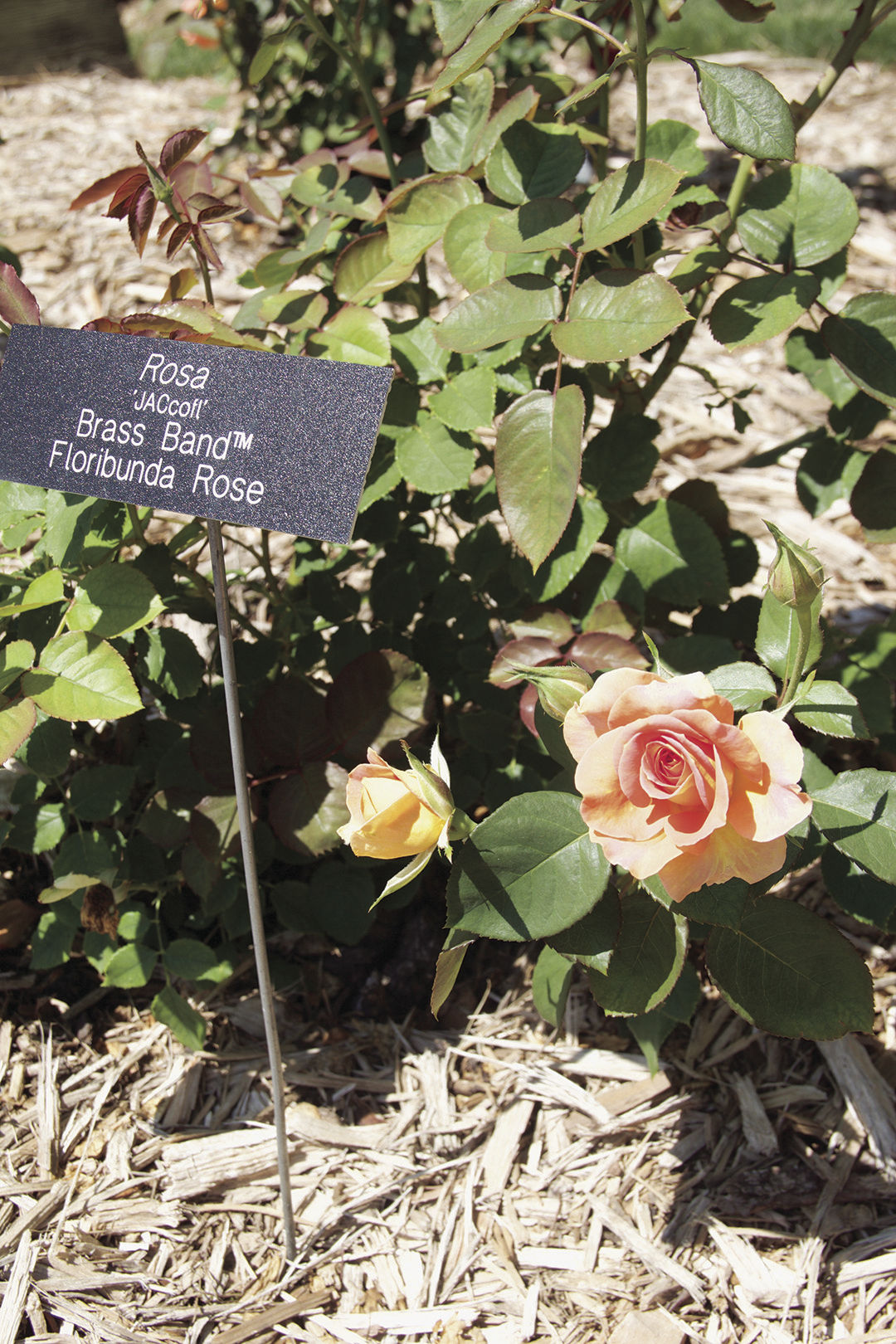 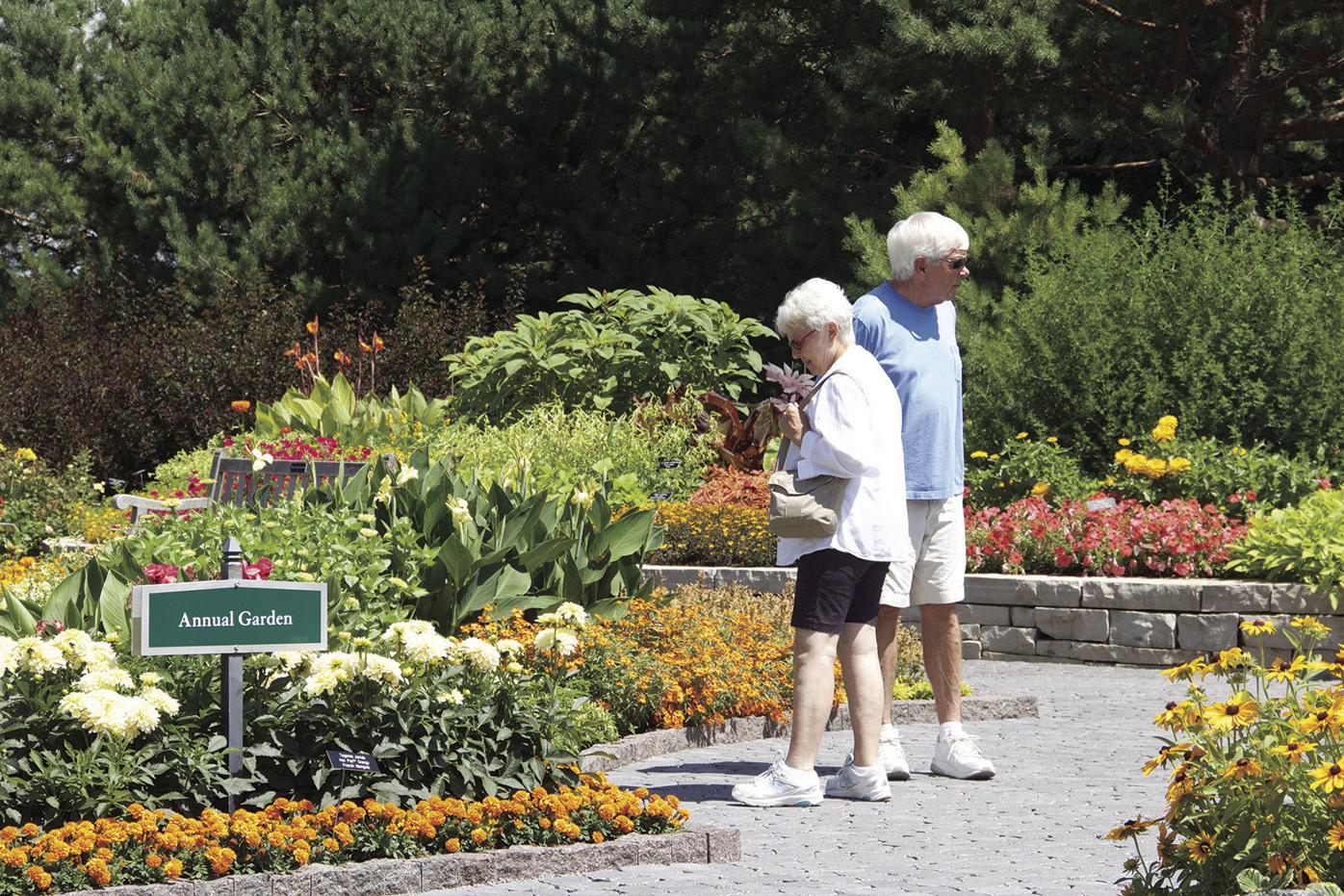 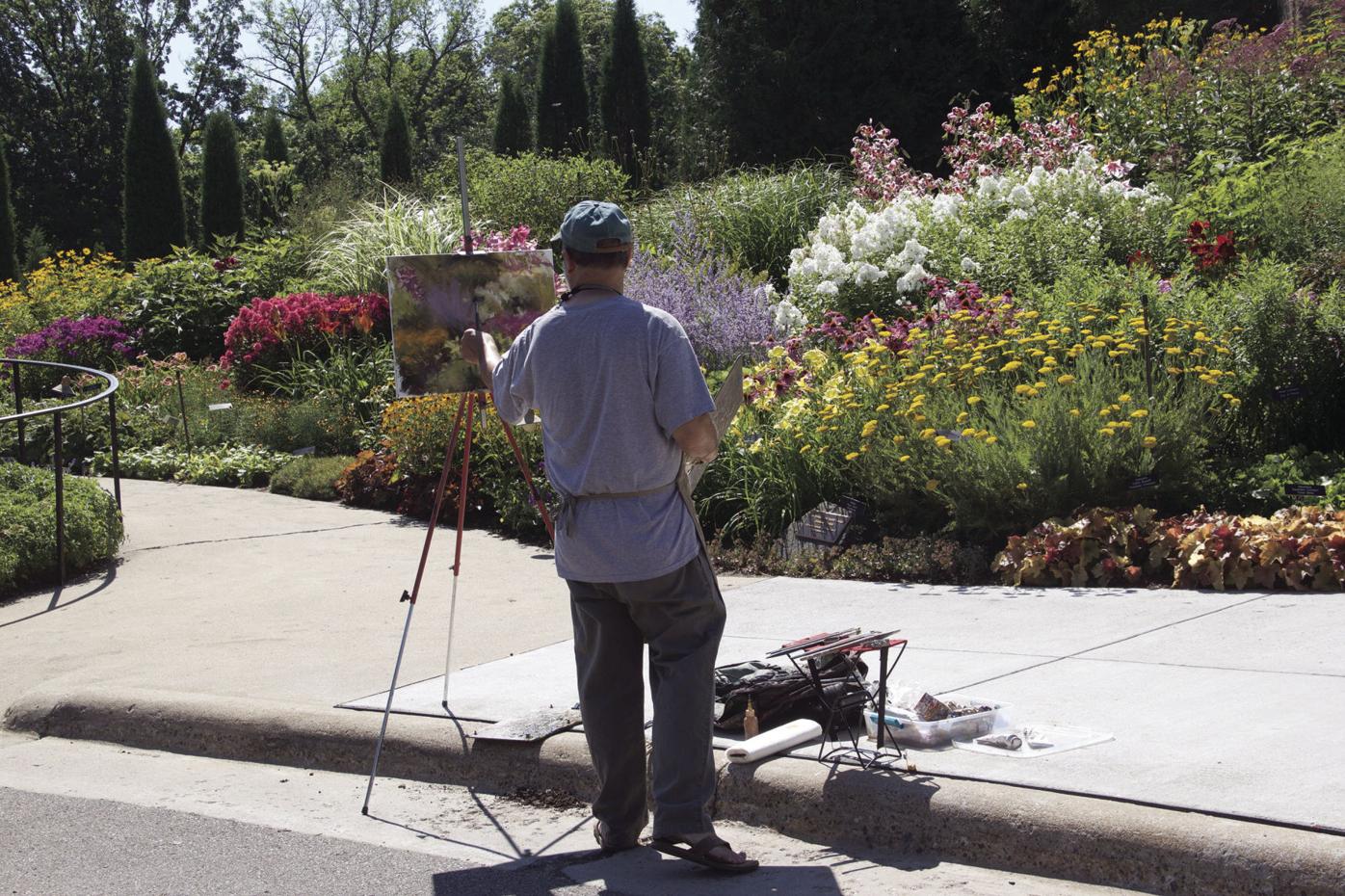 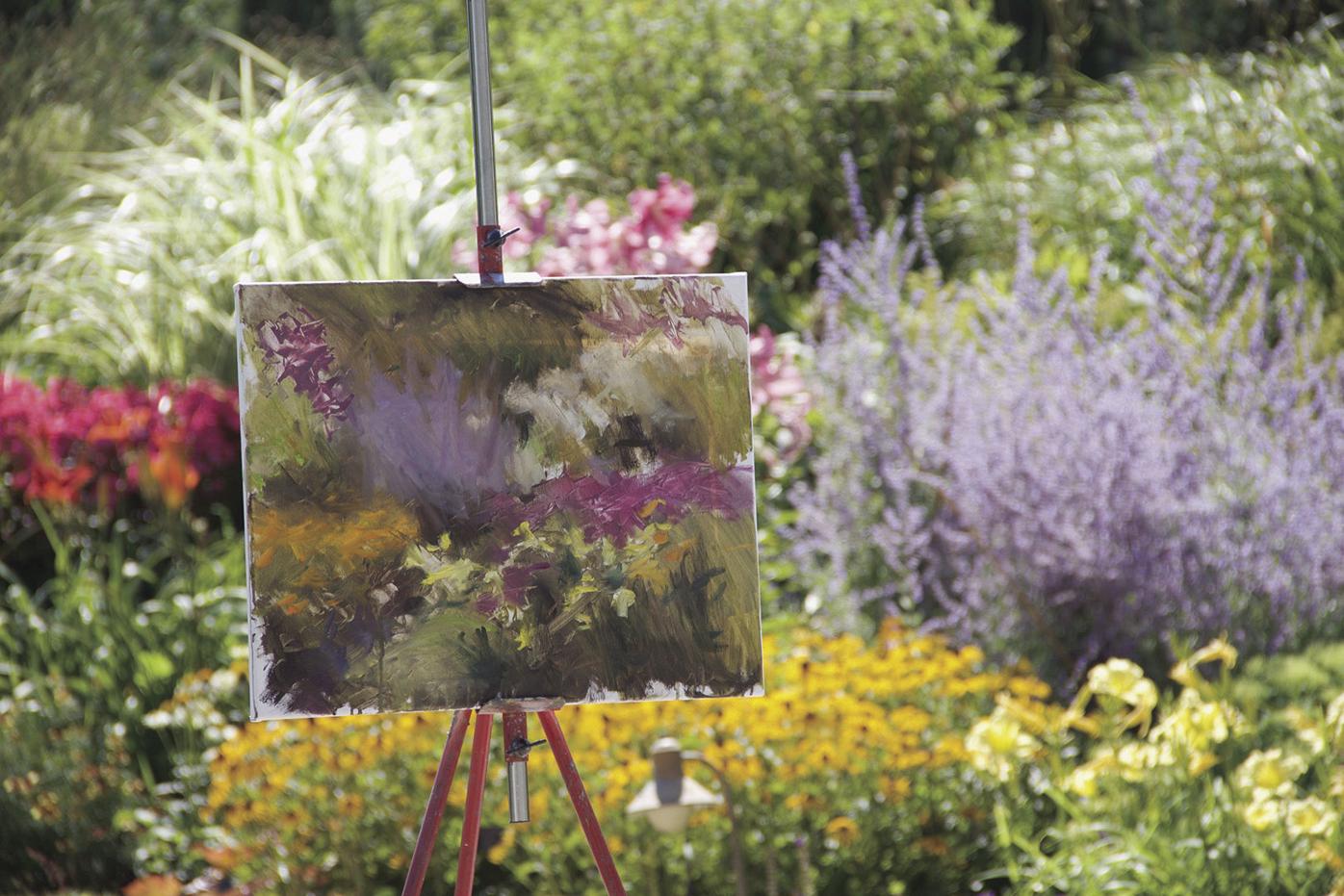 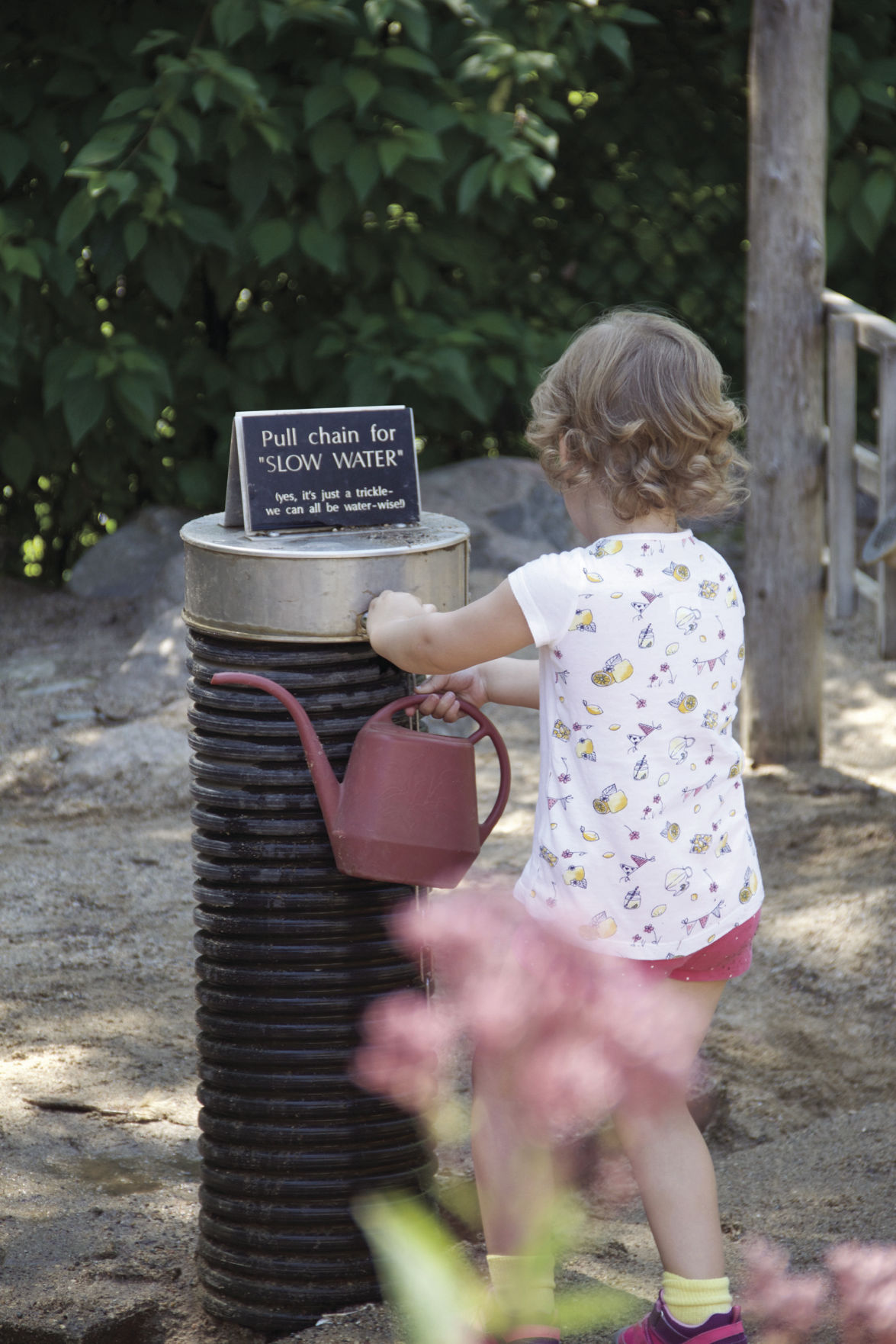 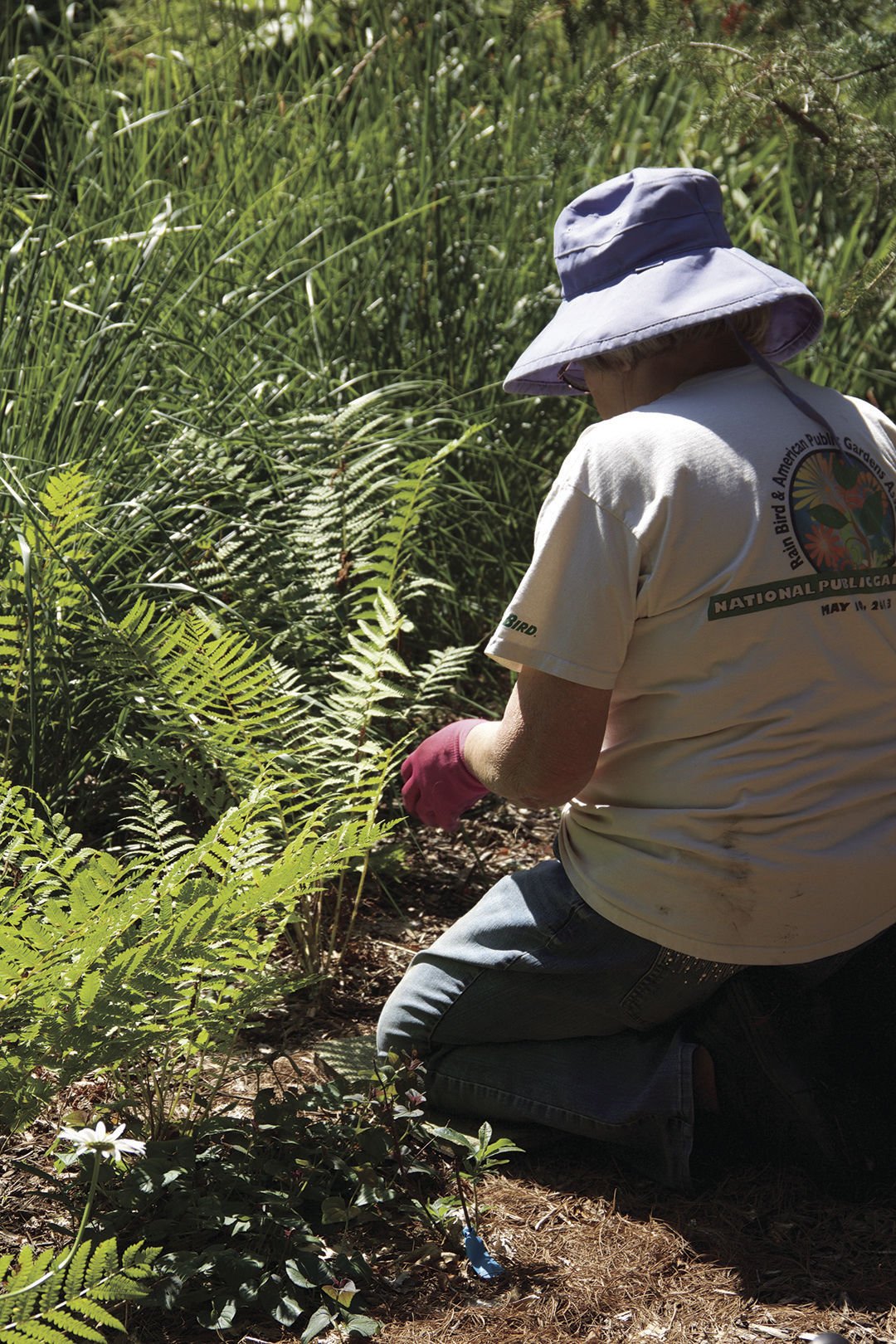 “So many gardens, so little time,” said Susie Hopper, public relations and media specialist at the Minnesota Landscape Arboretum.

Hopper would be right. She said a first-time goer should expect to spend three to four hours doing the “3-mile Drive” at the arboretum. It’s a drive Hopper says will let people see almost all of their major gardens.

The Minnesota Landscape Arboretum is a University of Minnesota property, and it will celebrate it’s 60th birthday next year. The property started as a 110 acre horticulture research center and arboretum, which is a collection of trees that is meant to preserve, grow and develop different tree species and educate the public about them, said Hopper.

“Education is our focus, we want people to understand what they’re seeing and understand how it’s grown,” Hopper said.

The arboretum has a learning center on its now 1,200 acre property. They teach master gardening classes on the 5,000 species of plants on site, and include educational materials on their 28 plant collections, 48 gardens and multiple wetlands and lakes. They also hold multiple art classes in which students can incorporate the sculpture garden, which extends to 39 sculptures placed around the grounds.

“It’s a chance for people of Minnesota to see all different kinds of gardens and inspirations. We have a diverse outreach so that all people may find something they like here,” Hopper said.

Hopper said the arboretum makes a conscious effort to keep variety and diversity in their exhibits. The arboretum is adding a Chinese garden this year, which they hope will hold live music events as well and go hand-in-hand with their other most popular exhibits - the rose gardens and Japanese Garden.

“The Japanese Garden is very zen and it’s the coolest place, literally, on the grounds by design,” Hopper said. “It’s about shapes and scales, it feels very natural, a place for contemplation.”

Hopper says the arboretum is also about combining art and nature, which she says is all made possible by donors and the public who visit the arboretum. She said people continue to contribute and donate to the facility because they understand how important it is to keep art and nature alive. Hopper believes an important part of keeping the culture is to teach kids about it. The arboretum has 40,000 visits from children each year.

“It’s a regular part of the school year for many kids, it’s phenomenal how many kids come here,” she said. “That’s our great hope that our future generations realize how important places like these are.”

The arboretum has 500,000 visitors annually and 27,000 members. Bonnie Schindler from Excelsior is one of those members.

“I love nature and I love flowers and I love the three mile walk and I do it quite often,” she said.

Schindler said she has been going there for years, she remembers when the arboretum was smaller and had a smaller attendance. She said winter is her favorite time to go because it’s so quiet. No matter what, she said, it’s still her favorite place to be and she loves bringing out of town guests.

“I’ve been in the art world for a long time now and it’s inspirational. I live in a townhouse now and do mostly container planting - it gives a lot of good ideas,” Schindler said.

Hopper said that’s the goal, too. For example, the arboretum has a hedges garden - each hedge is cut and maintained in the way it should be if it were in a person’s yard. Hopper said the hope is people head out there so get ideas for their own gardens.

Clarence White is a gardener at the arboretum and has been for 15 years.

“I love gardening - that’s all, I’ve been a gardener all my life,” he said.

He works with the roses and said his favorite part is talking with the visitors and working with the volunteers. There are 22 gardeners at the facility, and each has a crew of volunteers. In total, the arboretum has about 800 volunteers. White said he could not manage his 1200 roses without them.

“This place couldn’t run without the volunteers,” he said.

“We are dependent on them, we are very honest about that,” Hopper added.

To become a volunteer one just has to sign up and take a few classes at the arboretum. Then volunteers can pick where and when they want to work, Hopper says they can just do their thing.

The arboretum has events year round, and the only time they are closed is Thanksgiving, Christmas and New Year’s Day. Hopper said they have three peak seasons. The first is in the spring when the 38,000 tulips are blooming; then of course summer for the immense variety of plants; but Hopper says fall is the busiest time.

“There is so much fall color here, being an arboretum we have enormous tree collections, the most diverse in the state,” she said.

Fall is also when the research center hold apple tastings. The arboretum numbers different apples and has attendees taste and evaluate each type. This is how the Honeycrisp came to be and how their newest apple, First Kiss was developed which will soon debut.

The gate fee at the arboretum is $15 per person but free for students and kids under 15 years-old. They offer tram rides around three-mile drive for $5 and hold free tours with a guide every Thursday and Saturday.