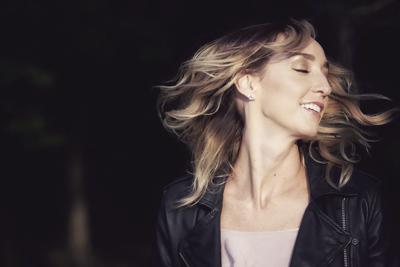 Growing up in Waconia, Jenn Bostic sang in show choir, played at local churches and performed around the city. She never expected she would be an award-winning singer - she could only dream.

“It was such an honor, I was up against so many incredible artists,” Bostic said.

Other international award recipients included the Zac Brown Band and Drake White. Bostic said that being celebrated in this way with so many other artists was more than she could have asked for.

“As an artist, you put so many vulnerable feelings in the universe, it’s an affirmation that this is the right path for me to be on,” she said.

Bostic moved to Nashville, Tennessee, 10 years ago after attending the Berklee College of Music in Boston. Bostic’s first hit took off five years ago. The song was “Jealous of Angels,” and took her to the U.K for the first time after it reached number one on the iTunes singer/songwriter charts.

Bostic is an independent artist and has played sold-out shows in her headlining tours around the U.K. in the last two years. At the BCMA Awards, Bostic gave a solo acoustic performance on her piano, singing her song “Love You.” The performance was the only one of the night that received a standing ovation.

“I didn’t need to win after that, that moment is all we want as artists,” Bostic said.

Bostic said that the award is something that you always hope for as an artist but nothing you ever expect. Bostic is working on a new album, “Revival,” that will hit stands in Spring 2018. She said when she looks at the evolution of her music she is blown away.

She said when she first moved to Nashville, she was a pop/country artist; but her next album was more of a singer/songwriter effort. She said this album goes back to roots of rock and blues - the music she played growing up.

“It’s the most ‘me’ album I’ve ever done,” she said. “This album has much more of a full sound with the full band.”

Bostic recorded “Revival” at the House of Blues in Nashville, a place she said was the perfect setting for the vibe of the album.

Bostic hopes this album will give her radio time in the U.S. and be more successful nationally, but she said that’s not what it’s all about. Bostic said that she has learned through her journey that her music is about the people who listen to it. She said she wants to help someone and if someone feels better for that one day after listening to her music than she has been successful.

Bostic is coming home for Christmas this year and for the third year in a row she is doing two shows in her hometown. On Dec. 11 and Dec. 12, she will be performing at Schram Vineyard. Steel pan drummer John Patti will be joining her, as well.

“I love coming home. Waconia is the town that raised me,” Bostic said. “I really enjoy bringing outside talent here, too, because it is a town that really respects the arts.”

Bostic said Waconia is the city that embraced her and flooded her with support at the hardest times in her life. She said if it wasn’t for Waconia, she wouldn’t be doing what she is now.

“Sixteen year-old me would be so excited, it’s been such a journey and there have been so many challenges,” Bostic said. “This is by no means the end of my journey, it’s a shot of Gatorade in the marathon.”