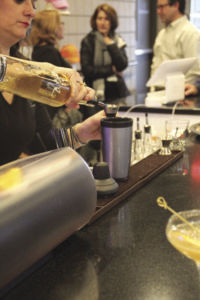 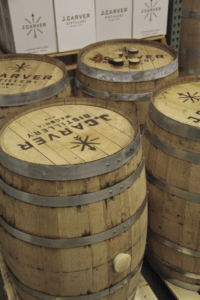 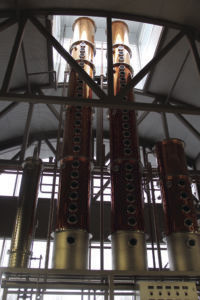 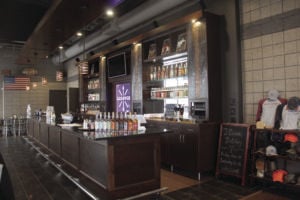 After two years of resting inside the dark insides of a Minnesota-coopered barrel ever so carefully placed atop the towering shelves in the barrel room of Waconia’s J. Carver Distillery, J. Carver’s new spirit of

discovery is preparing to make its public debut.

The distillery’s first straight bourbon, Brickyard Straight Bourbon, will be released at the end of March.

“We really want to put Minnesota on the map with local grains,” J. Carver founding partner Gina Holman said. “All of our grains are coming from about 15 to 20 miles away from the distillery.”

“Anything we can use locally, we do locally,” distiller Bill Miller added.

Local products, local tradition and extreme attention to detail are all things J. Carver strives for with each spirit the distillery produces.

“We don’t want to be like mass produced spirits,” Bill said. “One spirit at a time is really what we stake that J. Carver name on.”

Both Bill and Gina describe creating the new Brickyard Bourbon and the other J. Carver spirits as a true art form in itself.

The new bourbon began at the distillery as locally-grown corn, waiting patiently in a small hallway to be ground and turned into mash. After the mash was put through four days of fermentation, the true artistry began to take place in the whiskey still.

Distilling spirits can be broken into three parts; heads, hearts and tails. It is on the shoulders of the distiller to decide what stays in and what is left behind.

“One of the key things a stiller does, is to knows exactly where to make that cut,” Bill said. “It’s part science and temperature, it’s part art and sensory on your tongue.”

The dance between distiller and spirit continues until it is decided that the distiller’s masterpiece is complete.

“We’re very different in how we make our cuts,” Bill said. “We have a couple little secrets that we’ve perfected that allow us to do it a little bit better.”

After the distiller is finished with their masterpiece, the bourbon is introduced to its new home for at least two years.

That home is another thing the distillers at J. Carver strive to keep local - the majority of barrels used to age J. Carver spirits are coopered in Minnesota, between coopers in Park Rapids, Avon and Watertown.

Down another small hallway from the stillroom is where the barrels find themselves settling in for their lengthy slumber.

The towering shelves of J. Carver’s barrel room are almost completely full, with around 800 barrels spanning from wall-to-wall.

“We started loading it with products in August of 2014, now it’s almost full to the brim,” Bill said.

The barrels, made of various types of wood, interact with the various flavor-bearing “tails” kept in the spirit during distilling throughout the aging process to create and add new flavors to each spirit.

For example, the soon-to-be-released Brickyard Bourbon has been aged in a Minnesota-coopered American White Oak barrel.

When the time comes to roll out the barrels, Bill said that their contents will fill about 300,000 bottles of whiskey, bourbon and brandy.

From there, it’s time to kick back and enjoy the art handcrafted by the J. Carver distillers.

Those looking to experience the art of J. Carver’s new Brickyard Bourbon can try it at the J. Carver table at the Whiskey on Ice event at The Depot in Minneapolis on April 2.

However, following its release, the new Brickyard Straight Bourbon and the other J. Carver spirits will also be available for purchase at various liquor stores around the metro and at the distillery in Waconia.

More information on the J. Carver distillery and the spirits they offer can be found on their website at www.jcarverdistillery.com.