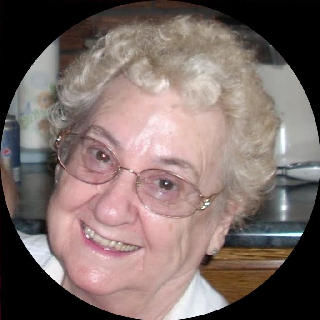 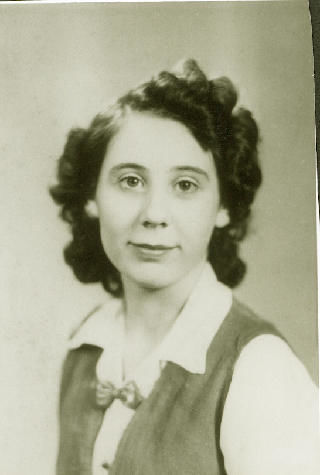 Yvonne Marie Phelps Ryan was born June 17, 1931, to Zaida Marie Phelps and Neil Stuart Kippen in Wales, ND. She was immediately adopted by Melvin and Ruby Halls of Wales, ND. Her spirit departed its earthly shell at noon, November 29, 2019, in the loving presence of family and John Fradette, her partner of 11 years. It is not possible to describe in a paragraph or two a life as large as that of Yvonne Ryan. One can but attempt to convey a small indication of all that she was. She was the best mother in the world. She was loving and giving. She lived life with joy and had a wonderful sense of humor. She loved people, especially those that belonged to her. She loved animals of all shapes and sizes, especially horses and dogs. She always put others first. She was so intuitive it was almost magic. Late in life she had a few close brushes with death, but she knew when her time was near. Six days before she passed, she made calls to say goodbye. She gave the gift of a time to ease the pain and burdens of those carrying on without her. Yvonne attended school in a small Wales, ND schoolhouse where she was a straight A student. She was fond of reading and writing poems. She grew up during The Depression and WWII. On Friday, February 13, 1947, she married Ronald “Renny” Allen Ryan, a decorated WWII hero in the Army Air Corp. She was always a hard worker and was a significant part of the large Ryan family farm in Hannah. Ignoring the rules limiting activities appropriate for women of her time, she drove the grain truck, cared for the animals and mentored others. Yvonne and her family moved from Hannah to Milaca, Minnesota in 1958. She and Renny worked their 200-acre dairy and crop farm for 40 years while raising their six children. Her dedication and love for others was apparent in all of her relationships. Using her many talents, she was an active part of the Milaca community. She volunteered with the Public Nursing Board, was a 4-H Leader and a Sunday School teacher. She was employed as a switchboard operator, dietary counselor, Senior Dining Site Coordinator and at Weisbrods Bakery. In mid-life, Yvonne learned she was adopted. She was determined to find her birth mother. Blocked by the state, she proceeded on her own. She found that her mother, Zaida Phelps, had died a decade earlier. But she found her Aunt Nellie Mahar and gave us another wonderful family. Yvonne was preceded in death by Ronald “Renny” Allen Ryan, her husband of 61 years; sons Ronald (John) Ryan and Frank Ryan; daughter-in-law Rita Ryan and grandson Dustin Bergh. She is survived by John Fradette; daughters Muriel (George) Boyer, Jackie (Frank) Ryan, Sandy Ryan (Doug Chasteen), Barbara Ryan (Charlie Bergh); and son Randy (Sherry) Ryan. Grandchildren are Bek (Michelle) Lease, Brenda (Kevin) Thurmes, Melinda (Scott) Schroeder; Rhonda (Gene) Brown, Rachel Ryan and Raelyn Ryan; Holly Ryan, Jessica Ryan and Matthew Ryan; Sarah Ryan, Derrick Ryan and Bradley Ryan; Zach Sears and Nicci Sears. Also survived by many great-grandchildren and one great-great grandson, Garrett Williams. Yvonne was born a special blessing to her mother and adoptive parents and she will forever remain a blessing to all whose lives she touched. A memorial service will be held at Bock Lutheran Church 11 a.m., Friday, December 6, 2019, followed by a celebration of life at the Milaca Legion Hall from 1 to 3 p.m. In lieu of flowers, the family asks that donations be made to the Milaca Food Bank in Yvonne’s honor.

To plant a tree in memory of Yvonne Ryan as a living tribute, please visit Tribute Store.

So sorry for the loss of. yvonne. She was very thoughtful i reamber many times when my children. Mandy brian cassie jessica mary. Nelson. Were. Little she always gave them cookies. And donuts. From the bakery in milaca. She was such a beautiful soul she. Was always nice everytime i seen her she gave a big smile my thoughts and prayers to her family