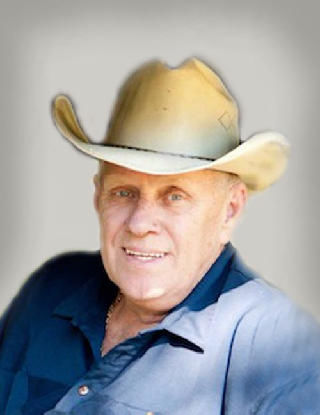 Mass of Christian Burial will be at 11 a.m. on Saturday, December 7, 2019, at Christ Our Light-North, Princeton, MN, for Walter “Joe” Johnson, Jr., who passed away peacefully on November 25, 2019, at the Silver Bay Veterans Home, Silver Bay, MN. Fr. Kevin Anderson will officiate. Family and friends may gather at the church one hour prior to the Mass. Burial will be in St. Edward’s Cemetery, Princeton, with full military honors. Arrangements are entrusted to the Williams Dingmann Family Funeral Home, Princeton. Joe was born to the late Walter and Shirley (Olson) Johnson, Sr., in Chicago, IL, on October 8, 1948. He attended and graduated from Rosemount High School in 1967. Joe enlisted in the U.S. Navy on October 28, 1968, was in the Seabees and honorably discharged on October 27, 1972. Joe met and married Linda Brooks on September 26, 1981, at St. Edward’s Catholic Church, Princeton. He was a member of the American Legion, Osman Shriners, Freemasons, and the Sherburne County Mounted Patrol. For his working career, Joe was a Boilermaker with Local 647 and retired in 2010. Joe loved his family, friends, horses, auctioneering, and telling stories (which may or may not be true) to name just a few things. When Joe walked in a room, grabbed a microphone, the party was on when you heard him say “ARE YOU READY TO PARTY?!” For Joe, there was nothing better than sitting on the deck and watching the grass grow. Living the dream! Joe is survived by his wife, Linda; daughter, Alissa (Josh) Lundberg of Zimmerman; son, Daryl Johnson of St. Cloud; sister, Deborah Gorman of Phoenix, AZ; brother, Daniel (Melissa) Johnson of Zimmerman; three grandchildren, Ryder, Aria, and Riggston; and beloved family and friends. Joe is preceded in death by his parents; grandson, Austin Lundberg; and many special family members and friends.

To plant a tree in memory of Walter Johnson, Jr. as a living tribute, please visit Tribute Store.

Will miss you making snow cones