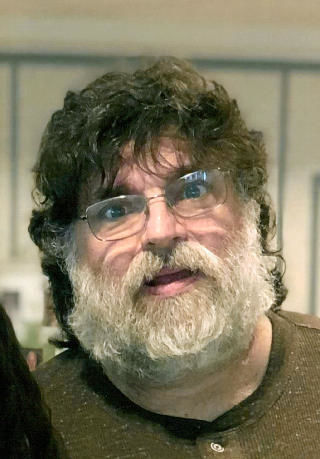 In remembrance of Wade A. Schummer, friends and family may gather on Saturday, March 14, 2020, from noon to 2 p.m. at Williams Dingmann Family Funeral Home, Princeton, MN, for a visitation and fellowship. A Memorial Service will begin at 2 p.m. on Saturday for Wade Schummer, who passed away unexpectedly at his home in Bemidji. Burial will be in the Green Lake Cemetery, Princeton, MN, at a later date. Wade was born to the late Leroy and Fern (Gillette) Schummer in Minneapolis, MN, on November 2, 1962. Wade graduated from Princeton High School in 1981. He went on to attend Willmar Technical College for an Associate’s Degree in Agriculture. Wade was married twice in his life. His first wife was Vicki, with whom he had two children, Michael and Angela. His second wife was Tammy, with whom he had one child, Amber. Wade was a lifetime truck driver, with his most recent employment being with North Central Door in Bemidji. Wade had many other work ventures in his life involving farming, logging, and lumber sales. Wade enjoyed fishing, hunting, and camping with his family and friends. He loved to travel and was a major history buff. He enjoyed watching YouTube music videos, bargain shopping for treasures, walking through the woods, and loved to just go for a drive “down the road.” Wade was a professional napper and would never turn away an offer of food, especially a sweet treat. He was a master story teller, always adding a little extra flair, and loved to goof around and tease his kids and grandkids. Wade is survived by his children, Mike (Danielle) Schummer of Princeton, Angela (Eric) Hansen of Sauk Rapids, and Amber Schummer of Sartell; sisters, Deanna Schummer of Princeton and Jody Weimert (Frank Galler) of Janesville, MN; and brother, Jason (Angelica) Schummer of Princeton. Wade is also survived by his four grandchildren, Trista, Lillian, Owen, and Jackson; as well as many cousins, nieces, nephews, and close friends. Wade was preceded in death by his parents; uncle Henry; and aunt, Julie Schummer. Wade was a loving person who will be deeply missed by many. His children will forever cherish their memories of him and carry his stories onto his grandchildren.

My sympathies go out to the entire Schummer Family. I never met Wade but remember stories Jason shared with me long ago. Condolences