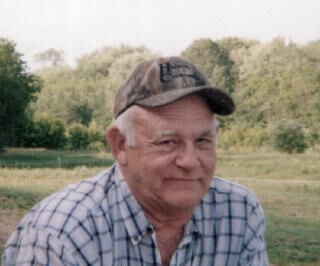 Virgil Paul Johnson was born December 15, 1946 to Philip Sherwood and Marie Stella (Schmitz) Johnson in Milaca, Minnesota. He graduated from Milaca High School in 1964. He enlisted in the United States Navy from November 18, 1965 to February 20, 1967 and was honorably discharged from the Navy Reserves in November 1971. Virgil drove milk truck for Land O’ Lakes for 32 years, retiring in 2008. He married Jeune Mickelson in 1971 and they had three children. He remarried in 2008 to Roxann Swanson. He enjoyed hunting, fishing, snowmobiling, campfires, and shaking dice with his buddies. Virgil passed away peacefully at his home on Saturday, January 9, 2021 at the age of 74. Virgil is survived by his loving wife of 12 years, Roxann; daughter, Lisa Harrer of Milaca; sons, Chad (Shawn) Johnson of Milaca and Brad Johnson of Oak Park; step-daughters, Stacy (Jerad) Sauer of Milaca, Jody (Nick) Meixell of Milaca; step-son, Greg Swanson of Thayne, Wyoming; sisters-in-law, Pearl Johnson of Oak Park and Audrey Johnson of Milaca; grandchildren, Ashley, Christopher, Kayla, Abby, Allie, Kaylee, Kayla-Jo, Hunter, Kyle, Jared, and Scott; great-grandchildren, Noah and Skylar; also nieces, nephews, and friends. He was preceded in death by his parents; sister, Ardelle; brothers, Dale and Verlin; granddaughter, Stephanie and stepson, Tim. Due to COVID-19, a celebration of life will be held at a later date.