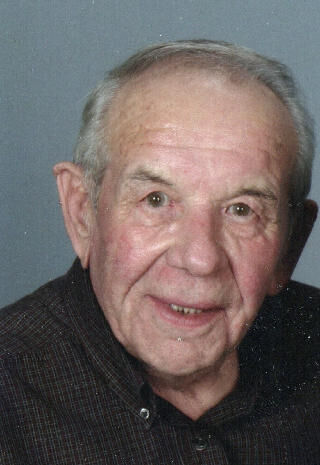 Roland “Rollie” H. Lund, age 88, passed away at his home in Milaca, MN on January 14, 2021. Rollie was born September 23, 1932 in Kerrick, MN to Edith and Harold Lund. He spent his childhood in Kerrick. Following high school graduation, he trained to become an agent/telegrapher and was employed by the Great Northern Railway in Hibbing, MN for several years. In February 1953, he was inducted into the United States Army, serving his military obligation with the US occupation forces in Germany. He was honorably discharged in February 1955. In 1956, he married Constance Mikkelson and they made their home in Hibbing, where he resumed working for the railroad and furthered his education at Hibbing Community College. In 1961, the couple relocated to Milaca, MN when Rollie accepted a position as a probation/parole officer for Mille Lacs, Benton, Kanabec and Sherburne counties. During his career in corrections, he was active in numerous state-wide councils and organizations and served as the President of the Minnesota Association of County Probation Officers. He retired in July of 1996 as Director of the Mid-State Probation Department. Rollie was a member of the Zion Lutheran Church, the American Legion Post 178 and the VFW Post 10794 in Milaca. He also served on the Milaca Scholarship Foundation. Rollie is survived by his wife of 64 years, Connie; daughter, Vicki (Douglas) Broschofsky of Maple Grove, MN; son, Christopher (Kirstin) Lund of Roseville, MN; grandson, Nikolas (Jessi) Broschofsky of Plymouth, MN; granddaughter, Kyra Broschofsky and Kurt Greene of Otsego, MN; great-granddaughters, Brooklyn and Harper Broschofsky of Plymouth; sister, Donna Ostrum of Milaca and many other relatives and friends. He was preceded in death by his parents; sister, Von Mosbek and brother, Dick Lund. Private services have been held. Memorials designated to the Milaca Scholarship Foundation or the Milaca Area Pantry are preferred.