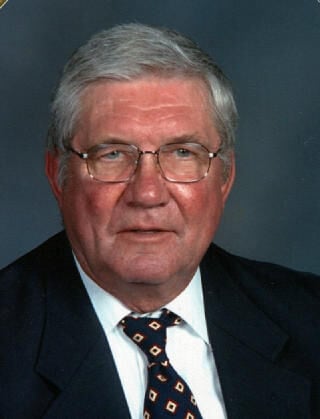 Mass of Christian Burial for Roger Diethelm was held Tuesday, October 20, 2020 at St. Mary's Catholic Church in Milaca. Interment with full military honors followed at the parish cemetery. Memorials are preferred to Roger's family. He passed away Tuesday, October 13, 2020. Roger Francis Diethelm was born November 06, 1933 to Ben and Louise (Boll) Diethelm in Victoria, Minnesota. He attended Saint Victoria Catholic grade school from September 1939 until May 1947. He then attended Saint Joseph Seminary, Westmont, Illinois, from September 1947 until May 1953 and the Franciscan novitiate at Teutopolis, Illinois, from July until December 1953. From January 1954 until June 1956, Roger attended Saint Thomas College in Saint Paul from which he graduated with a B.A. in English and Latin. Roger was in the U.S. Army from November 1956 until August 1958. He took his basic training at Fort Chaffee, Arkansas, and then was transferred to Fort Sill, Oklahoma, where he was the battalion morning-report clerk at the 2nd Field Howitzer Artillery Battalion. He came to Milaca to teach English and Latin at Milaca High School in September 1958. He was in the Milaca National Guard from 1958-1960. Roger married Joyce Stenger on August 22, 1959 at Saint Mark's Catholic Church in Shakopee, Minnesota. They made their home in Milaca where they raised their five children. In the summer of 1962, Roger attended Southern Illinois University in Carbondale, Illinois, and received enough credits to teach German. From 1984 until 1993, when he retired, he also taught Latin and German on the 2-way interactive cable channel to students in the neighboring districts: Ogilvie, Mora, Pine City, Braham, Cambridge, and Princeton. After his retirement in 1993, he continued to substitute until 1996. From 1993 until 1999, he also cut grass, shoveled snow, and did other janitorial duties at Saint Mary's Church. For many years, he was a lector, Eucharistic Minister, parish council and choir member at Saint Mary's. He was also a 66-year member of Knight of Columbus, having joined in January 1954. In his younger years, he enjoyed hunting pheasants and squirrels with his wife, Joyce, and fishing with his children when they were young. He was also a member of the Stony Hillbillys. Roger arrived at Country Meadows on October 05, 2009. He participated in many activities such as fitness exercises, singing with the SINGspiration, The Pease Women, the Elim Home Choir, Stony Brook Choir, and Gary Eggen's sing-a-longs. He participated in Bible Study, hangman, and bingo. He attended Catholic Mass and received Holy Communion in the Elim Chapel and continued to sing in the Saint Mary's Choir. Roger is survived by his two daughters, Cathy (Rollin) Larson of Winona and MaryAnn (Steve) Nelson of Mankato; three sons, Louis (Dagmar) of Chanhassen, Joseph (Johanna) of Mora, and Michael of Saint Cloud; grandchildren, Gretchen, Sam (Sarah), Isaac, and Lucas Larson; Annika Diethelm; Austin and Andrew Garcia; Jacqueline, Rachael, and Henry Nelson; Derrick Diethelm; and Chris, Logan, Shawn, and Nick Strom; one great-grandchild, Brielle Larson, and many nieces, and nephews. He is also survived by his special sister-in-law, Gladys Brinkhaus of Minnetonka. Roger was preceded in death by his parents, his wife, Joyce on March 16, 1999, his brothers, Fr. Louis Diethelm, O.F.M., and Vernon; sisters, Sr. Rolaine Diethelm, O.S.B. and Julene Vogel.