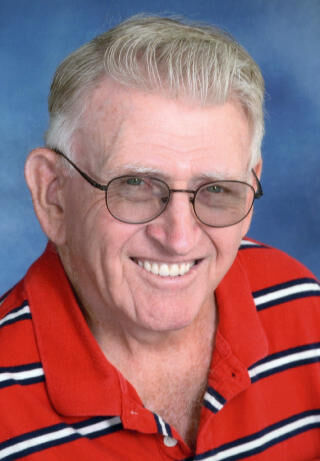 Keith Bruce Carpenter was born November 8, 1939 in Blue Earth, Minnesota to Leonard and Ruby (Kuehn) Carpenter. His family moved to Foreston when Keith was a young child. He worked various jobs for a few years. In 1964, he bought the family farm and farmed dairy and crop until 1985. He drove truck for Land O’ Lakes and later Willmar Poultry Company while farming. He was president of the Farmer Co-op Creamery for several years. He was united in marriage to Kathryn Ramona Johnson on December 16, 1967 at Trinity Lutheran Church in Princeton. Keith enjoyed golf, fishing, and traveling. For several years, he spent summers at Oak Lake in Kerrick, MN, where he met many friends. Keith and Kathy enjoyed traveling and traveled 46 states including Alaska and Hawaii. They have also enjoyed four cruises, the last cruise being to the Panama Canal, which was Keith’s dream. They have spent the last 12 winters in Donna, TX, in which Keith really enjoyed the weather. His saying being, “I spent 70 years in Minnesota with snow and cold and no more until physically unable.” He also liked to play Bocce ball. He liked socializing and met many new “winter friends” at the park. You could see him riding his three-wheeler and even last winter would walk a half mile with his walker. He also enjoyed the Minnesota Vikings. Last Sunday was the first time in years he missed a Vikings game. Keith was born with physical limitations and throughout life never would succumb or acknowledge limitations until the past two years. He was a very determined, stubborn, and hard-working individual who truly loved life. He passed away January 8, 2021 at his residence near Foreston. He is survived by his wife, Kathryn Ramona; brother, Luverne (Arliss) Carpenter of Milaca; nieces and nephews. He was preceded in death by his brother, Wayne. A memorial service will be held at a later date at Good Shepherd Lutheran Church. Memorials are preferred to the Milaca Food Pantry or Milaca Scholarship Foundation.