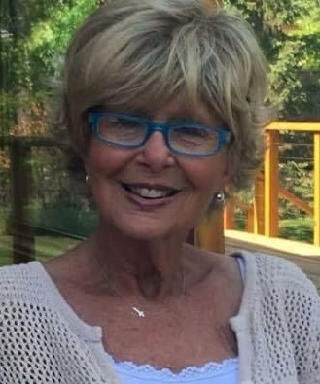 Judi Hallbeck, 74, of Princeton, MN, passed away November 16, 2020, at her home with family by her side following a courageous battle with cancer. Judith Ann was born on March 3, 1946, in Milaca to Lyle and Vera (Robideau) Strombeck. She lived nearly her entire life in Princeton and was a “hometown” girl. Judi was the junior matriarch of her family, and she took excellent care of her eight siblings. She was the “fun” sister, yet her commanding presence kept everything in order. She was good and kind, always wanting to help in times of need. After graduating from Princeton High School in 1965, she married Jim Oleen. One month after they married, Jim died in a tragic hunting accident. A couple years later, she and the boy whose eyes caught hers back in junior high reconnected. On February 23, 1968, Judi married Carl Hallbeck, the love of her life. In the life they built together, they raised their children, remodeled homes, started companies, and later would take in their grandkids after their daughter passed. The two had an impeccable love story, always putting their marriage first along with family and friends. Judi was an amazing wife, mom, grandma, sister, aunt, and friend pouring herself into the lives of those important to her. After Judi's cancer diagnosis, she jumped right into fight mode. She fought valiantly refusing to give up. She had more to be done and cancer was not going to stop her. She loved hosting at their home(s) in Minnesota and Wisconsin, entertaining and feeding everyone was her specialty as well as placing her famous "lipstick kisses" on your cheek. Everyone knew she always had a project in motion, keeping herself and those around her busy creating her many ideas. Judi spent many years devoting her time and passion to the dog world. The impact she made on that community will be missed greatly. She was a manager at Crystal Cabinets and Crystal Courts Apartments for many years. Judi was Chief Financial Officer of Carl's company, Central Minnesota Custodial Services. She was preceded in death by her parents; daughter, Trudy Ann; son, Rick; sister, Peggy Luedke; and brothers, Jim and Scott Knapp. Judi will be deeply missed by her husband of 52 years, Carl; son, Rob (Heidi Troseth) Hallbeck; step-son, Tom (Lisa) Hallbeck; grandchildren, Danyel (Jason) Johnson, Chad (Jennifer) Campbell, Ashley and Amanda Hallbeck, Taylor (Jordan) Jacobs, Noah Hallbeck, and Amanda and Taylor Troseth; great-grandchildren, Alaina and Bella Johnson, Eleanor and Juliet Jacobs, and Piper Miller; siblings, Sandra (Bob) LaPointe, Gerald Knapp, Dano (Julia) Knapp, Debra (Pete) Donner, and Heidi (Stan) Gerth; numerous beloved nieces and nephews; and a host of friends from all over the country. A Virtual Celebration of Judi's Life will be held on Friday, December 4, 2020, at 6:00 PM. Find the LINK to her live service on Judi's obituary page at www.williamsdingmann.com. In lieu of flowers, memorials are preferred to her family, and they will make a donation in Judi's memory.