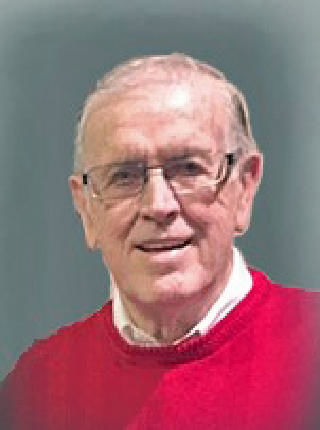 Jesse A. Hall passed away peacefully on Saturday, January 11, 2020, at the M Health Fairview Northland Medical Center in Princeton, MN. A Visitation will be held from 3-4 p.m. on Monday, January 20, 2020, at the Evangelical Free Church in Princeton with a Memorial Service to follow at 4 p.m. Burial will be in Baldwin Cemetery in Baldwin Township at a later date. Jesse Ardell Hall was born on August 13, 1935, to Jesse and Anna (Glad) Hall in Holler, MN. He graduated from International Falls High School, went on to obtain his undergraduate degree at the University of Minnesota, and received his Master’s Degree at Colorado State College in Greeley, CO. Jesse served his country honorably in the United States Army, where he met the love of his life, Sylvia “Becky” Painter. They were joined together in marriage on August 6, 1960, and together raised their two children in Zimmerman, MN. Jesse spent 29 years as the Trades and Industries Coordinator at Osseo High School. While teaching at Osseo, he was given the opportunity to develop the Aviation-Aerospace program which he taught for the last 15 years of his career. Jesse was very involved in his community and served on the Baldwin Township board for over 28 years. During his time on the board, the township experienced tremendous change and growth, and he was very proud of his contributions to the growing community. Jesse walked strongly in his faith as a member of the Evangelical Free Church and was a charter member at the Zimmerman EV Free Church. Jesse held a commercial pilot’s license and was passionate about flying and all things aviation. This passion was passed on to both his son and his grandson. He enjoyed hobby farming, fishing, hunting, politics, classic cars, and woodworking. He loved watching professional sports, but his favorite sports team was always whichever team one of his grandchildren was playing on! Most mornings, Jesse could be found sitting at a booth in the K-Bob drinking coffee and solving the world’s problems. Jesse was very generous with his time and knowledge, he was very appreciative of others and how they affected his life, and he never said good-bye, it was always “so long.” Jesse is survived by wife, Becky; children, Scott (Janeal) Hall of Fayetteville, GA, and Shannon (Tim) Madden of New Brighton; grandchildren, Alexa, Spencer, and Trevor Hall, and Cosi and Luke Madden; sisters, Helen Nordlund, Marvel Beaumont, Shirley Anderson, and Betty Blankman; and many other relatives and friends. He is preceded in death by his parents; and brothers, Ardell Hall and Dale Hall. Jesse will be remembered as a devoted and beloved husband, father, grandfather, and an amazing teacher, mentor, and friend to all who knew him.

To plant a tree in memory of Jesse Hall as a living tribute, please visit Tribute Store.