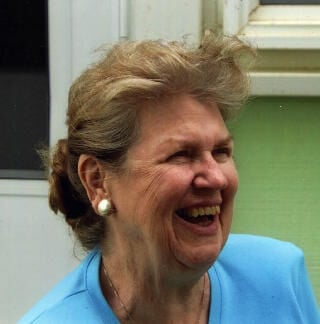 Mass of Christian Burial for Gloria MacMillan Cessna, age 91, of Milaca, will be held Saturday, January 9, 2021 at St. Louis Catholic Church in Foreston. Interment follows at the parish cemetery. In lieu of flowers, memorials are preferred to the Milaca Area Food Pantry, Pearl Crisis Center or Milaca Friends of the Library. Gloria MacMillan Cessna was born November 26, 1929 in Detroit, Michigan to John A. MacMillan and Marie (Schneider). She attended Saint Mary’s Catholic School in Lansing, Michigan and Stephens College in Columbia, Missouri. She was united in marriage to Gerald Cessna at Holy Cross Church in Lansing, Michigan on February 7, 1953. Gloria resided in Lansing, Michigan, Louisville, Kentucky, Grand Rapids, Michigan, Oak Park, Illinois, Villa Park, Illinois, Wauwatosa, Wisconsin, Fords, New Jersey, Forest Park, Illinois, Hopkins, Minnesota, and rural Pease, Minnesota. Gloria was very active in the community, participating in many area projects. She was very proud of being a founder of the Milaca Area Pantry; she was also a charter member of the Rum River Initiative Foundation, was associated with the Milaca Scholarship Foundation for several years and was a member of the Current Event Club. She was an avid Milaca Public Library supporter, where she volunteered weekly. She was instrumental in bringing in the Chinese restaurant to Milaca and was an avid recycler. For twenty years, she enjoyed traveling, especially with the Road Scholar educational trips. She enjoyed volunteering at Milaca Elementary School as well, helping with first and second graders. Those who were in her company recognized her keen sense of humor, her appreciation of any unique turn of phrase. Gloria was very generous with her time and money. Gloria was also very active in her church, Saint Louis Bertrand, serving many years on the Parish Council, regularly participating in liturgical “duties,” and implementing the Parish “Intention” book in 1992. She was coordinator of Saint Louis Centennial Celebration in 1987 and was the Lenten Soup Luncheon “Lady” for over thirty years. She was a member of the Parish Council for many years and served on the building committees of her church and parish center. She had Saint Anne’s Chapel built. Gloria was privileged to conduct Holy Communion Rite at the Milaca Elim Home monthly. She was also proud to be an Apostolate, and supporter of the Crosier Fathers and Brothers of Onamia. For many years, she felt privileged to share some lovely times with the Sisters of Saint Benedict in Saint Joseph, Minnesota and her Crosier friends. She passed away January 5, 2021 at the Saint Cloud Hospital. Gloria is survived by nieces, nephews, other relatives and many friends. Gloria was preceded in death by her parents, John and Marie MacMillan; husband, Gerald; two infant brothers; and sister-in-law, Jean Cory.