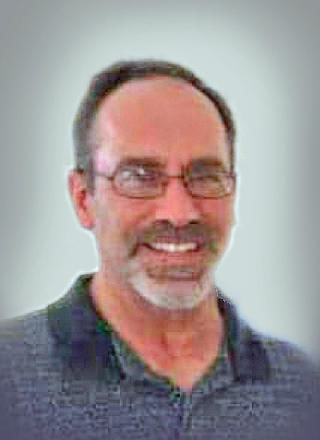 Donald R. Brackett, Jr. passed away unexpectedly on February 9, 2020, at his home in Princeton, MN. Funeral Services will be at 11:30 a.m. on Monday, February 17, 2020, at Immanuel Lutheran Church in Princeton. Pastor Paul Brown will officiate. Visitation will be from 4-7 p.m. at Williams Dingmann Funeral Home, Princeton, on Sunday, February 16, 2020, and one hour prior to the funeral at Immanuel Lutheran Church on Monday. Donald R. Brackett, Jr. was born on May 21, 1961, in New Hartford, NY, to Donald, Sr. and Norma (Deep) Brackett. He grew up in the Clark Mills, NY, area and graduated from Clinton Senior High School. Don served honorably in the United States Air Force from 1980 to 1988, working as an aircraft painter. After his service, Don went on to become a master carpenter and “King of all Trades.” He met his beloved wife, Juli in Bradenton, FL, and they were joined together in marriage on May 11, 1991. They have lived in numerous states including Florida and North Carolina and have been living in Minnesota for over 13 years. Don was a kind-hearted and hard-working man, who cared deeply for those around him. He was always kind and happy and willing to selflessly help anyone in need. He spent his spare time refinishing antiques, creating dollhouses for his grandchildren, and improving his homes with his amazing talents. Don loved the outdoors, wildlife, and animals, especially dogs he would often rescue. Don walked proudly in his faith as a Christian and was proud to be a patriot of his country, the United States of America. Above all else, he was an amazing husband, father, grandfather, brother, uncle, and friend to all who knew him. Don is survived by his beloved wife, Juli; children, Laura (Josh Dunlap) Brackett of Butler, PA and Donald (Stephanie) Brackett, III of Thomasville, NC; grandchildren, Braydon, Colin, Vivica, and Kristopher; step-grandchildren, Austin and Sara; sister, Jeannine (Jay) Griffin of North Carolina; brother, Matthew Brackett of Florida; parents, Norma and Don, Sr. of Oak Ridge, NC; mother-in-law, Velma Poor of Princeton; numerous nieces, nephews, aunts, uncles, cousins, and other extended family, relatives, and friends.

To plant a tree in memory of Donald Brackett, Jr. as a living tribute, please visit Tribute Store.