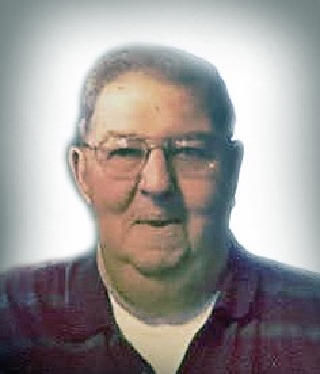 A Funeral Service will be held at 11 a.m. on Tuesday, April 24, 2018, at Immanuel Lutheran Church in Princeton, for Clark VanHooser, Jr., age 81 of Princeton, who died on April 17, 2018. Family and friends are invited to share condolences at the visitation on Monday, April 23, from 5-7 p.m. at Immanuel Lutheran Church and one hour prior to the service on Tuesday. Clark VanHooser, Jr. was born December 29, 1936, to Clark and Ara (Thompson) VanHooser in Northwood, Iowa. He was baptized and confirmed at Concordia Lutheran Church in Joice, Iowa, and attended grade school in Worth County, graduating from Joice High School. On November 20, 1955, he married his high school sweetheart, Marjorie Kallheim, at Bristal Lutheran Church. In 1960, they moved to Princeton and joined Immanuel Lutheran Church where he served on the church council. In 1963, he went to work at Hoffman Engineering in Anoka. He worked there for 35 years before his retirement. In his retirement, he enjoyed collecting toy tractors. He was very proud of his collection and was happy to show his friends a new one he had gotten. Clark and Marjorie enjoyed camping with the Rum River Ramblers and the church camping group. Clark will be deeply missed by his wife of 62 years, Marjorie; his children, Steven (Sue) of Princeton, Kevin (Sheila) of Princeton, and Lori (Tony) Smith of Princeton; eight grandchildren; eight great-grandchildren; brother, Roger (Mary Kay) of Waynesboro, Virginia; sisters, Sue Talberg of Big Lake, RoseAnn (Robert) Nelson of Blaine; sister-in-law, Loris VanHooser of Foley; many nieces, nephews, other relatives, and many friends. He was preceded in death by his parents; son, Mark; brother, Larry; and brother-in-law, Bruce Talberg.