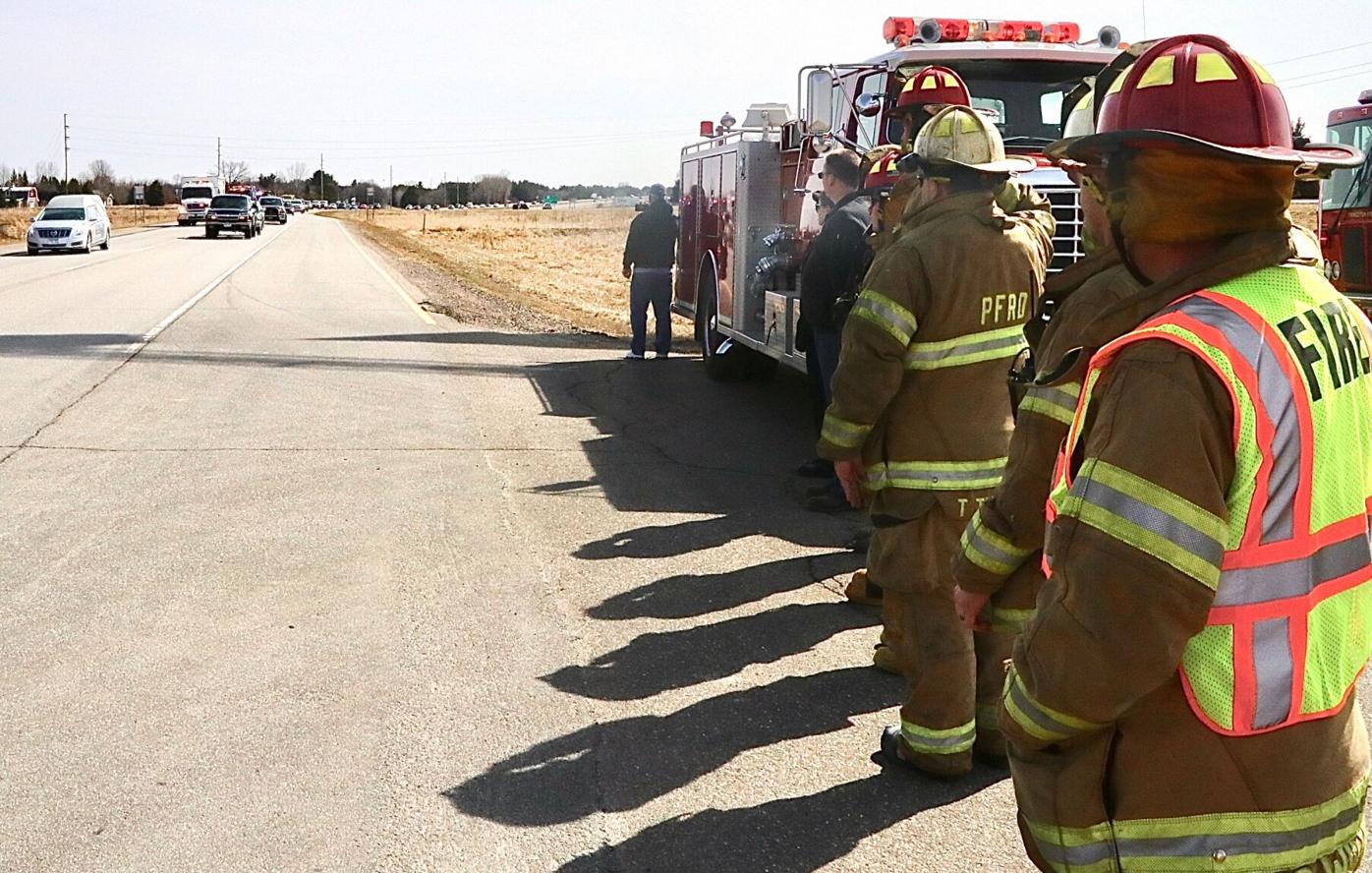 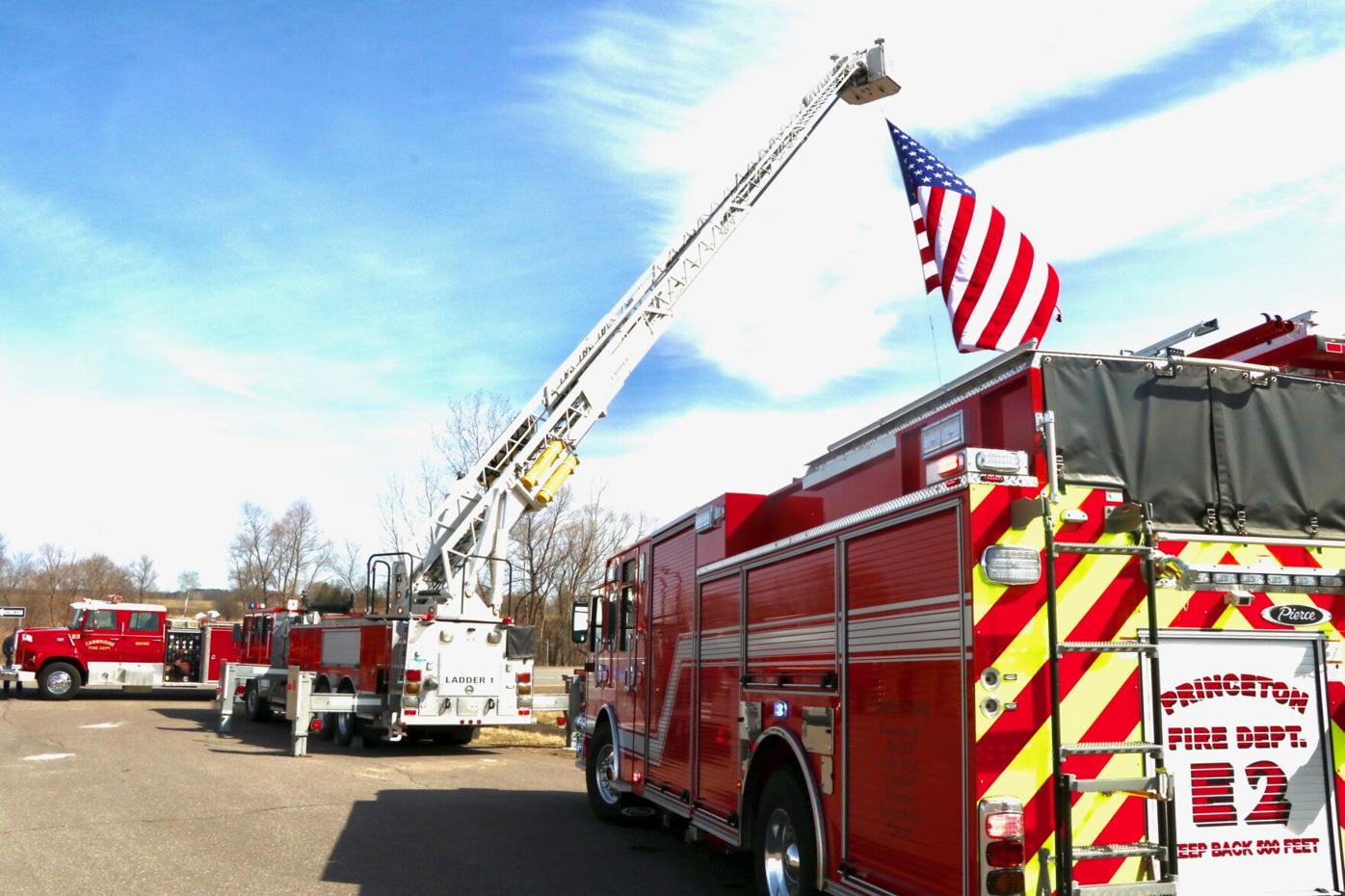 Cambridge and Princeton firefighters and North Ambulance EMTs honored deceased Grand Rapids firefighter Jim Gibeau on the afternoon of Friday, March 26. The local emergency services providers gathered on Highway 169 north of Princeton and saluted Gibeau as a procession of fire trucks escorted Jim Gibeau to Grand Rapids from the Twin Cities. Gibeau, an electrical lineman for Minnesota Power, died last week while working at an electrical substation in Bovey, Minnesota. The 37-year-old from LaPrairie was a member of the Grand Rapids Fire Department for almost 17 years. In the picture above, the fighters and EMTs salute Gibeau as the hearse carrying his body passes them on Highway 169 in Princeton. In the photo at right, Princeton and Cambridge ladder trucks are pictured with a giant flag of the Cambridge Fire Department that was raised over Highway 169. The Milaca Fire Department similarly honored Jim Gibeau and set up south of town on Highway 169.