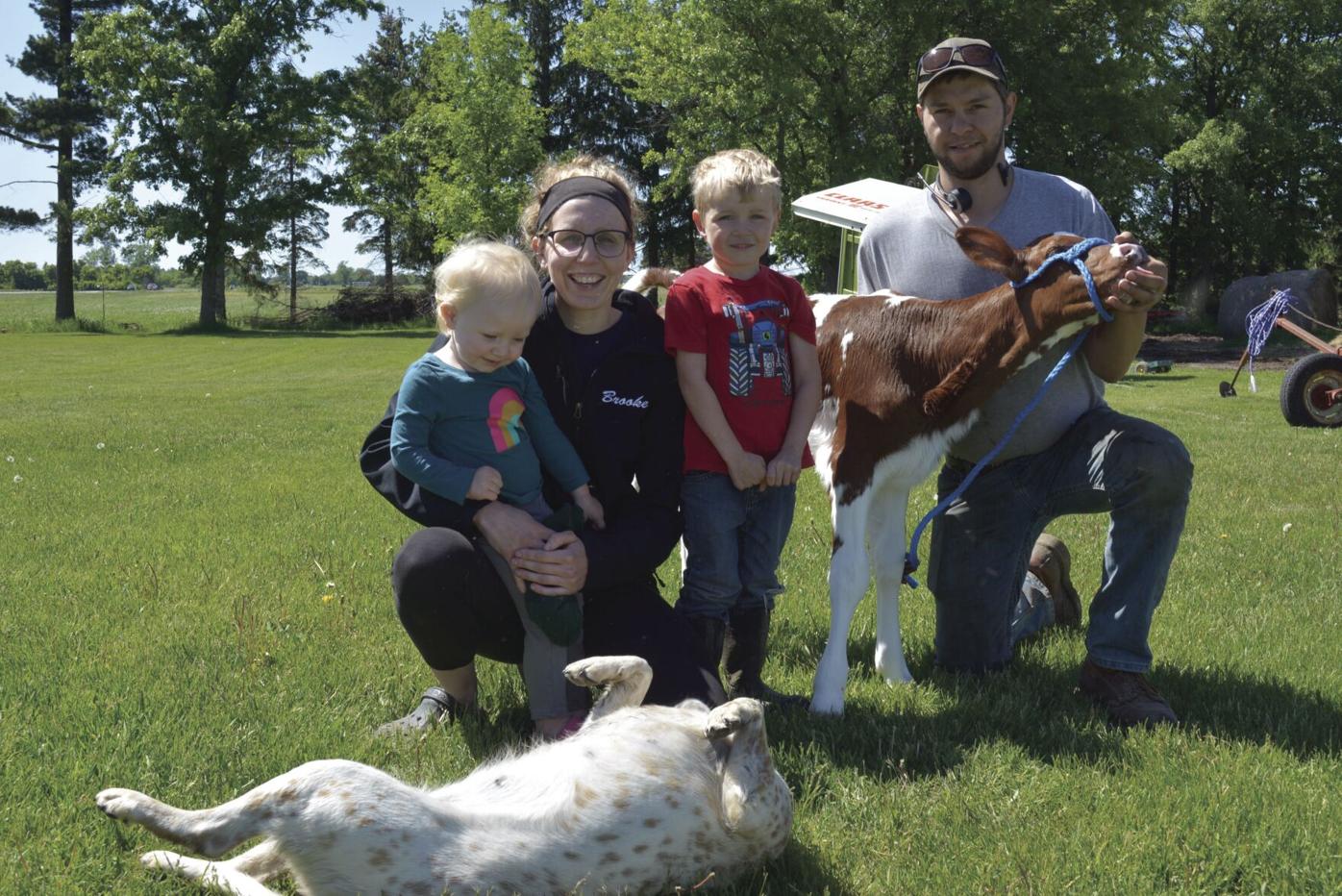 The Grimm family, from left: Skylar, 2; Brooke; Jeremiah, 4 and Alex. Alongside them is the calf Bessie and the dog Daisy. 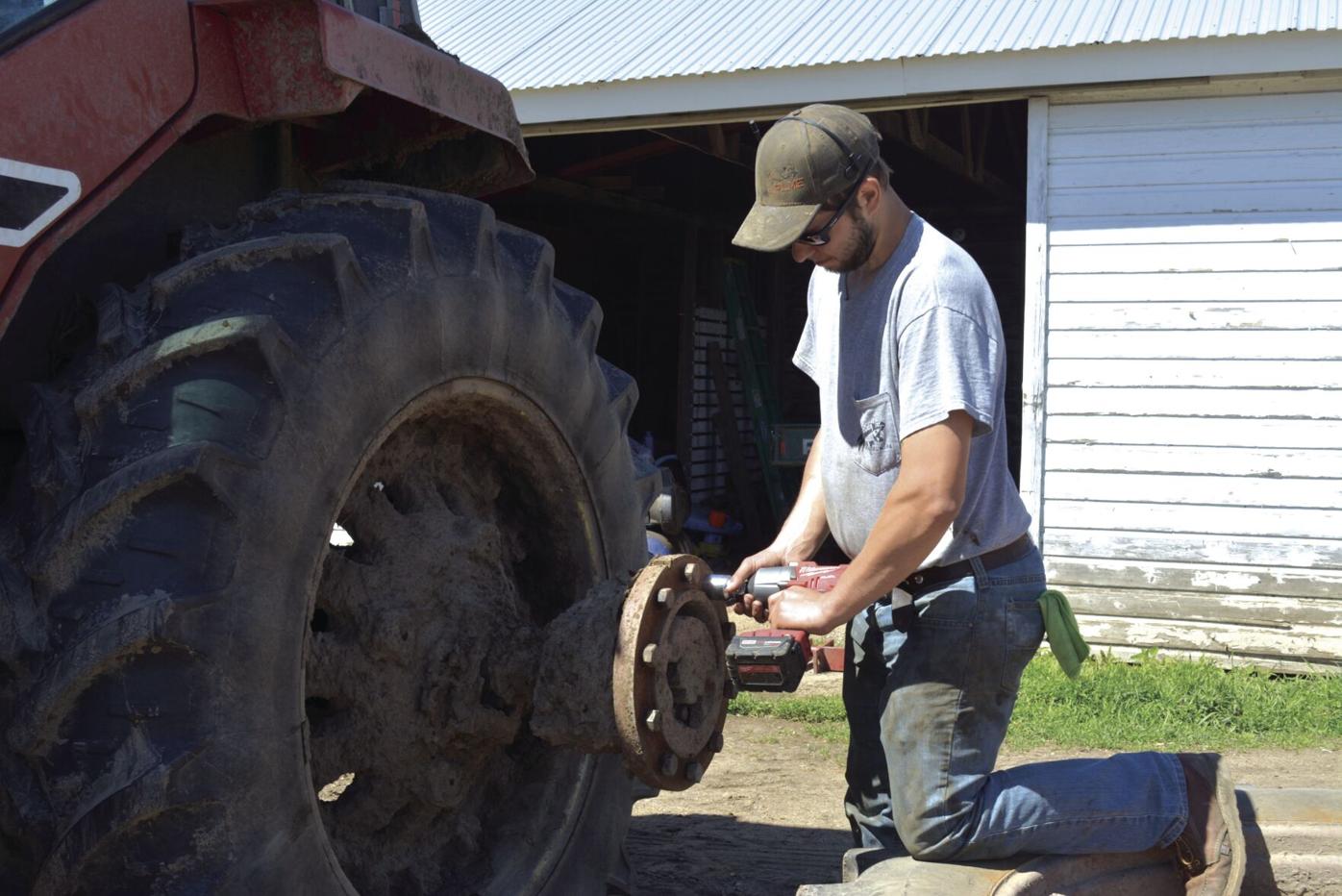 Alex Grimm finishes putting the bolts back on after dropping the dual wheels off of his tractor to prepare for cutting hay.

The Grimm family, from left: Skylar, 2; Brooke; Jeremiah, 4 and Alex. Alongside them is the calf Bessie and the dog Daisy.

Alex Grimm finishes putting the bolts back on after dropping the dual wheels off of his tractor to prepare for cutting hay.

It’s been one year since Alex and Brooke Grimm bought their farm, and they’re already looking forward to expanding the operation.

Grimm purchased the property, located just off Highway 95 west of Princeton, May 6, 2020 and first got his milking parlor working by May 20 that year he said. He has 75 milking cows and raises all of his own replacement heifers.

Grimm runs a Jersey-crossed herd — Jersey cows being a breed that can help improve how much dairy product can be made from the milk, according to Grimm.

“If you’re making cheese, ice cream, stuff like that — you get more product out of less,” Grimm said.

Grimm said the constant push to improve his herd and their production in part drives his interest.

While Grimm got started just around the beginning of the COVID-19 pandemic, government aid helped the farm a lot, he said. Grimm spent the summer building his own milking parlor, a calf barn and a free stall barn to keep the cows.

The milking parlor is made from recycled oil field pipe, which Grimm made himself with the help of family and friends. The only work Grimm contracted out was the refrigerant system for his bulk tank. He also had some help from members of the local Amish community in building his free stall barn.

Grimm has faced some challenges on his farm. For one, he’s seen bad weather impact the feed crops he grows — which accounts for about half of what his herd eats. He also had some trouble with stray voltage — when electricity returning to the nearby substation through the ground is conducted through cattle.

“What doesn’t bother us, affects the cow,” Grimm said. “Because they can feel a lot more than we can and it will cause milk production to drop.”

Milking is a family business for Grimm. Both of Grimm’s grandfathers milked and his dad used to milk before he sold his farm, though he continued to work for other dairies, Grimm said.

“I’ve always had a lot of interest in dairy cattle, it’s kind of in the family blood,” Grimm said.

Once Grimm was around 10 or 12-years-old he started doing chores for the farms until he was old enough to start working full-time for local dairies.

“I worked for just about every dairy farmer around,” Grimm said.

In 2015 Grimm started renting property to run his own dairy, until he purchased his current farm.