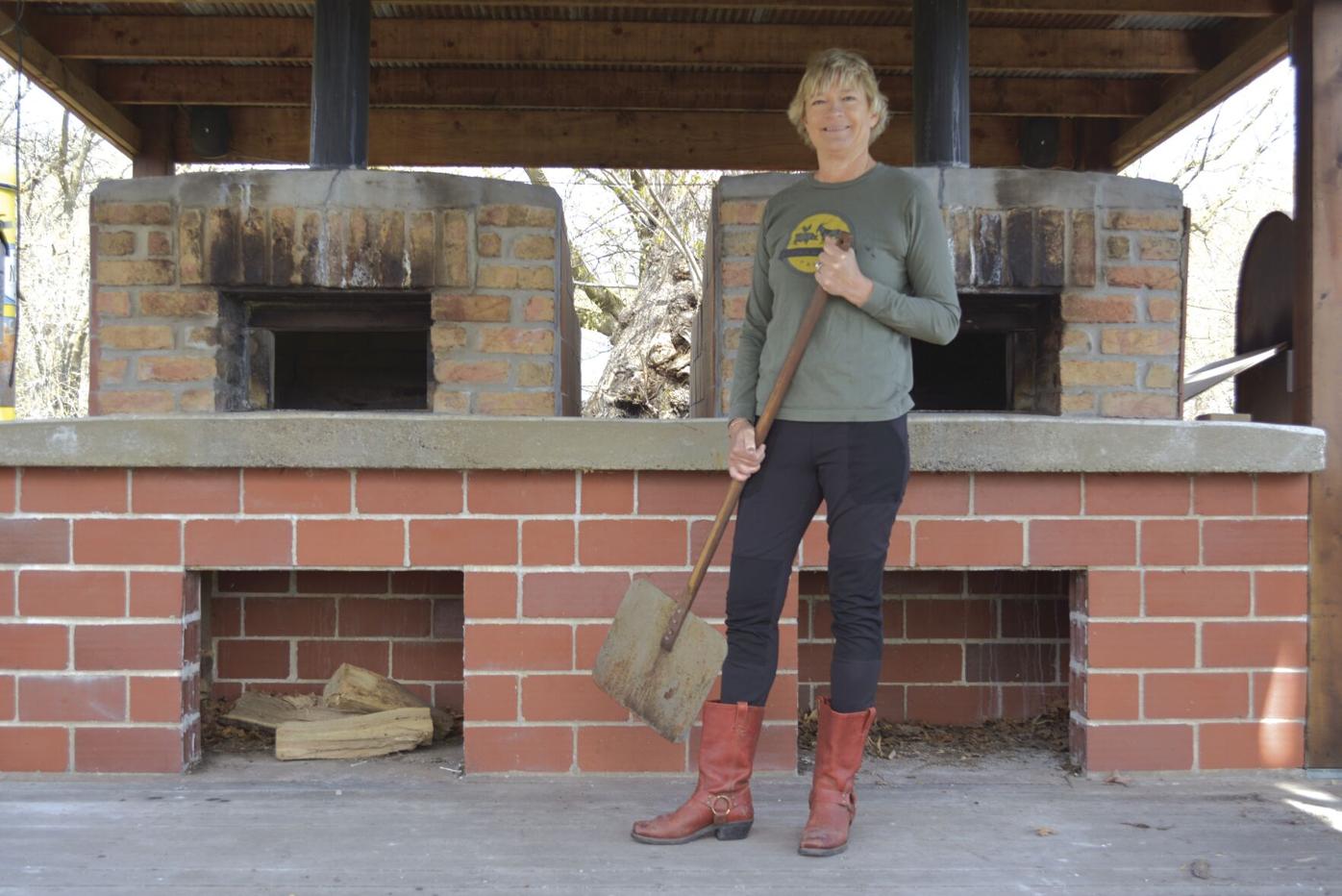 Owner Kim Hayes stands before her twin pizza ovens on the Alpha and Omega Farm. 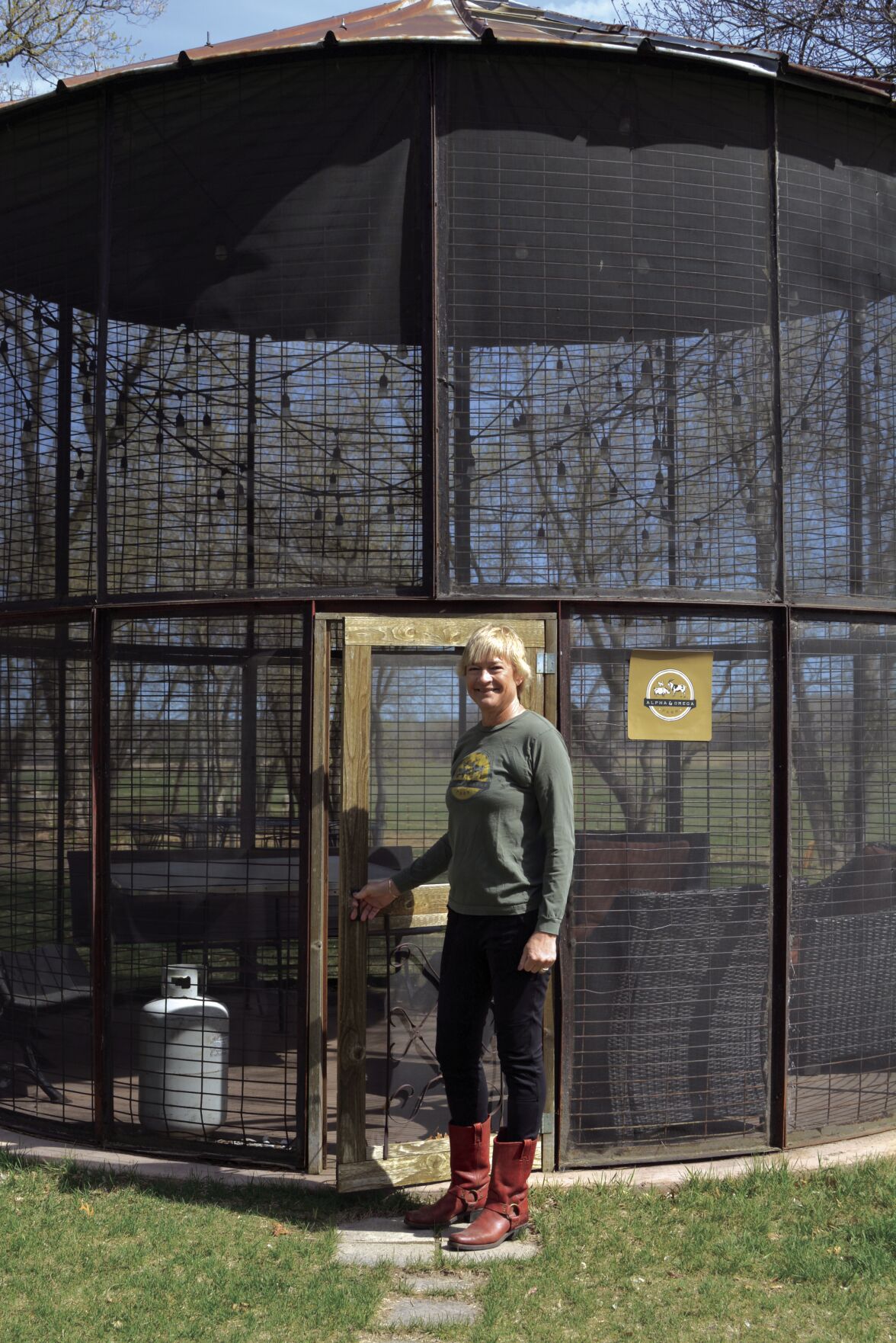 Owner Kim Hayes opens the door to the “bird cage”, A screened-in sitting area on the Alpha and Omega Farm. 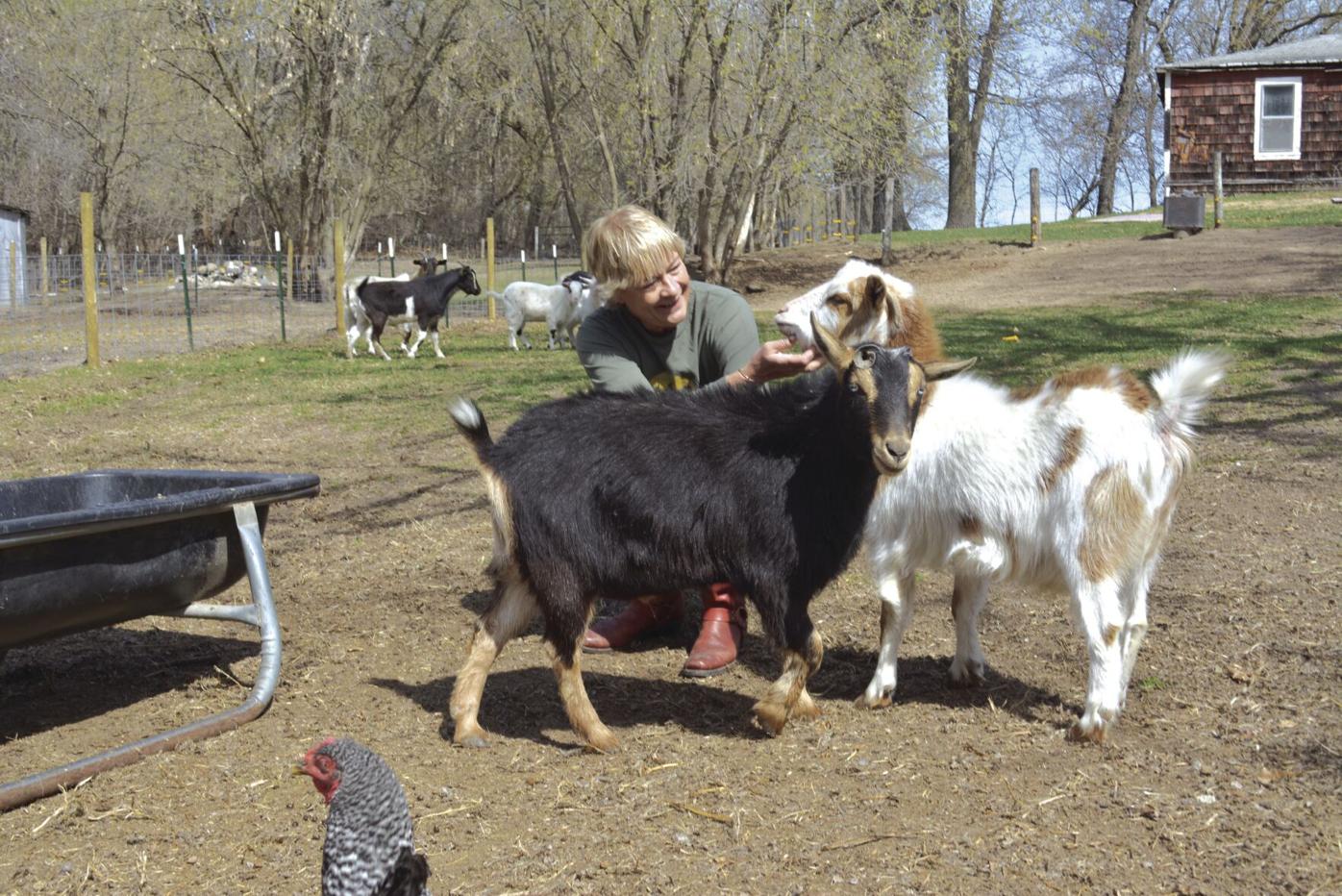 Owner Kim Hayes plays with two of her goats, named Ebony and Ivory, on the Alpha and Omega Farm.

Owner Kim Hayes stands before her twin pizza ovens on the Alpha and Omega Farm.

Owner Kim Hayes opens the door to the “bird cage”, A screened-in sitting area on the Alpha and Omega Farm.

Owner Kim Hayes plays with two of her goats, named Ebony and Ivory, on the Alpha and Omega Farm.

Alpha and Omega Farm is opening for its first full season as an outdoor eatery next month.

Starting May 13 guests will be able to enjoy a pizza while relaxing on a functioning farm just outside Princeton at 6714 Alpha Road.

Hayes and her husband moved out to the farm from Elk River after having worked in food service for 25 years. From the get-go, she was hoping to build an eatery for outdoor dining.

The farm has two hand-built brick ovens where they cook a variety of pizzas. Parked next to the ovens is a trailer, which Hayes uses as a kitchen for her prep work.

Hayes and her husband moved out to the farm seven years ago with a plan to open up the outdoor pizzeria. Unfortunately they did not have the time to get it off the ground until the COVID-19 pandemic.

“Now it was like I have this gift of time to get it together,” Hayes said.

Guests are invited to bring their own chairs, blankets and preferred beverages to enjoy their evening. The farm also has some dedicated seating including outdoor tables, a wire-frame building Hayes calls the bird cage and they even have a modified grain bin turned gazebo called the “grainzebo.” She also hopes to attract some amateur musicians to entertain her customers.

Instagram users may recognize Hayes from her profile @furlough_farmer, where she shares her experience dedicating herself to a diet of locally sourced, in-season food. To that end, the couple raises cows, pigs and chickens for food. She also has a garden to grow food and learned how to properly store it.

“Last summer I did a lot of canning and freezing,” Hayes said. “So I’m getting a little desperate right now, because I haven’t had a fresh cucumber since last October.”

While Hayes has subjected herself to an all-local diet, her pizzas don’t have as strict of an ingredient list, though she does feature some specialty pizzas that use locally-sourced ingredients.

Hayes also offers goat yoga, where customers can perform yoga outside, while some of Hayes’ goats are allowed to wander free. For those interested, Hayes also will sprinkle feed on their yoga mat to attract the goats, she said.

While guests can visit the farm weekly, it also is available to host events. Hayes already had one wedding planned and was eager to host any sort of event from a celebration of life to a business’s team-building exercise.

Hayes is currently planning on remodeling a dilapidated outbuilding on the property. The building will include bathrooms as well as indoor meeting space for rent, according to Hayes.

Beginning May 13, the farm is open weekly on Thursday nights from 4:30-8 p.m. For more information visit Alpha Omega Farm's website.