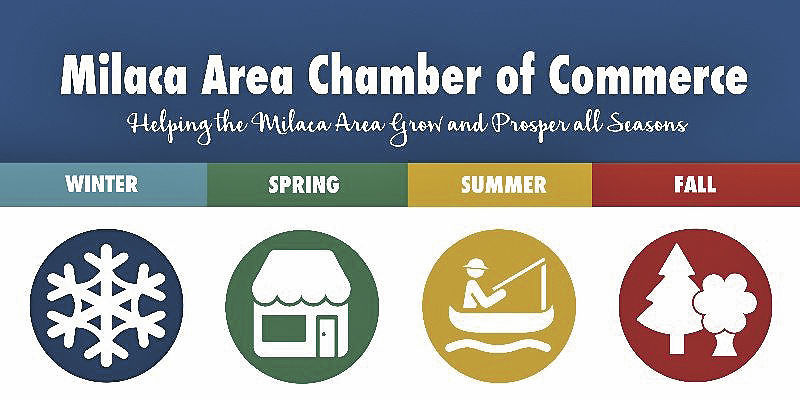 Local chamber of commerce executive directors have been busy revising their March community event calendars as the COVID-19 outbreak has evolved.

Princeton Area Chamber of Commerce Executive Director Kim Young said her organization is following the recommendation from the Minnesota Department of Health to practice social distancing and cancel events of more than 50 people.

Young confirmed that the 35th Princeton Business and Community Expo scheduled for Saturday, April 4, has been canceled for this year.

The Morning Networking group, which was to be hosted by ACT Princeton on March 19, has been postponed until further notice.

The upcoming Nonprofit Networking group scheduled for March 26 has been postponed until further notice.

All committee meetings scheduled through the chamber (Rum River Festival meetings and leadership meetings) have been postponed until further notice.

The Princeton Area Chamber of Commerce will continue to work with the city of Princeton and Mille Lacs County and other nearby chambers to pool resources and to share updates on closures and cancellations, Young told the Union-Times.

“Every day, new information on COVID-19 comes out and becomes available,” Young stated in chamber email. “This is good but can also be very overwhelming. There is a lot of information to weed through and very little time do it. We want to support our business with what they need during this time of uncertainty.”

“We are also working on getting our website www.princetonmnchamber.org up to date with information,” Young added.

Both Young and Assistant Director Jim Oliver have the means to work from home and will be doing so beginning immediately.

“I am also a member of a national group of chamber professionals on Facebook, and they are working on a plan right now to assist chambers to begin planning on how to help businesses once this crisis has passed,” Young said. “I will be keeping a close eye on that, and we will be planning as well.

The Princeton Area Chamber of Commerce board will continue to meet, but will do so remotely, Young said, because the board is trying to do its part to follow CDC and MDH recommendations in regards to social distancing.

“We are hoping to roll the event into a June Rhythm on the Rum Festival activity at this point” Mikla said “We made our decision based upon what the school told us as well as recommendations from the Minnesota Department of Health.”

Mikla added Superintendent Tim Truebenbach reached out to her about event scheduling, and once he spoke with the school board, a decision was made.

The event also functions as food drive for the Milaca Pantry, Milka said.

“We would still like to have the breakfast, and have the donation for the food pantry, too. Right now, safety is everyone’s primary concern,” she added.

“On behalf of the Milaca Area Chamber of Commerce Board, we are certainly feeling the heaviness of the current circumstances and navigating COVID-19,” Milka wrote. “Our thoughts are with everyone affected by the global outbreak.”

When the event first started it was called the Farmers’ Appreciation Breakfast, Cronin said. The breakfast has had several name changes over the years.

“Back then, we were a rural farm town, and attending this event was a way of thanking the local farm community for their support of the Milaca businesses.”

“When I moved here, there were still a lot of farm trucks coming to town.”

Cronin said during his involvement with the breakfast, he often prepared pancakes or working back in the kitchen washing dishes.

“I think this event provides an opportunity to together and talk,” he said. “Even now, I go down to the breakfast and visit with people I haven’t see in a while.”

Regarding public health, Cronin recalled how Polio outbreaks that occurred in his youth caused health concerns that were similar to COVID-19.

From 1916 onward, a polio epidemic appeared each summer in at least one part of the country, with the most serious occurring in the 1940s and 1950s. In the epidemic of 1949, 2,720 deaths from the disease occurred in the United States.

The 1952 polio epidemic was the worst outbreak in the nation’s history, and is credited with heightening parents’ fears of the disease and focusing public awareness on the need for a vaccine. Of the 57,628 cases reported that year, 3,145 died and 21,269 were left with mild to disabling paralysis.

Cronin said his Polio memories were forged during the late 1950s and early 1960s.

“I still remember getting a Polio shot, and later taking the serum by mouth,” he recalled. “You went to the doctor three different times for the serum. At that time, people were getting Polio and they were crippled for life. To try and prevent it, we went and got the shots and the serum. It was a health scare.”

Cronin also recalled his U.S. Army service, when he was quarantined for spinal meningitis while stationed at Fort Polk, Louisiana. “That lasted for about three weeks, and we had to stay on base,” Cronin said.

He added: “We could only sit two people at a table, and you had to stand 5 feet apart in the chow line. They canceled a lot of things. You had to put a “Sneeze Sheet” because your barracks bunk and the next bunk as a protective measure.”