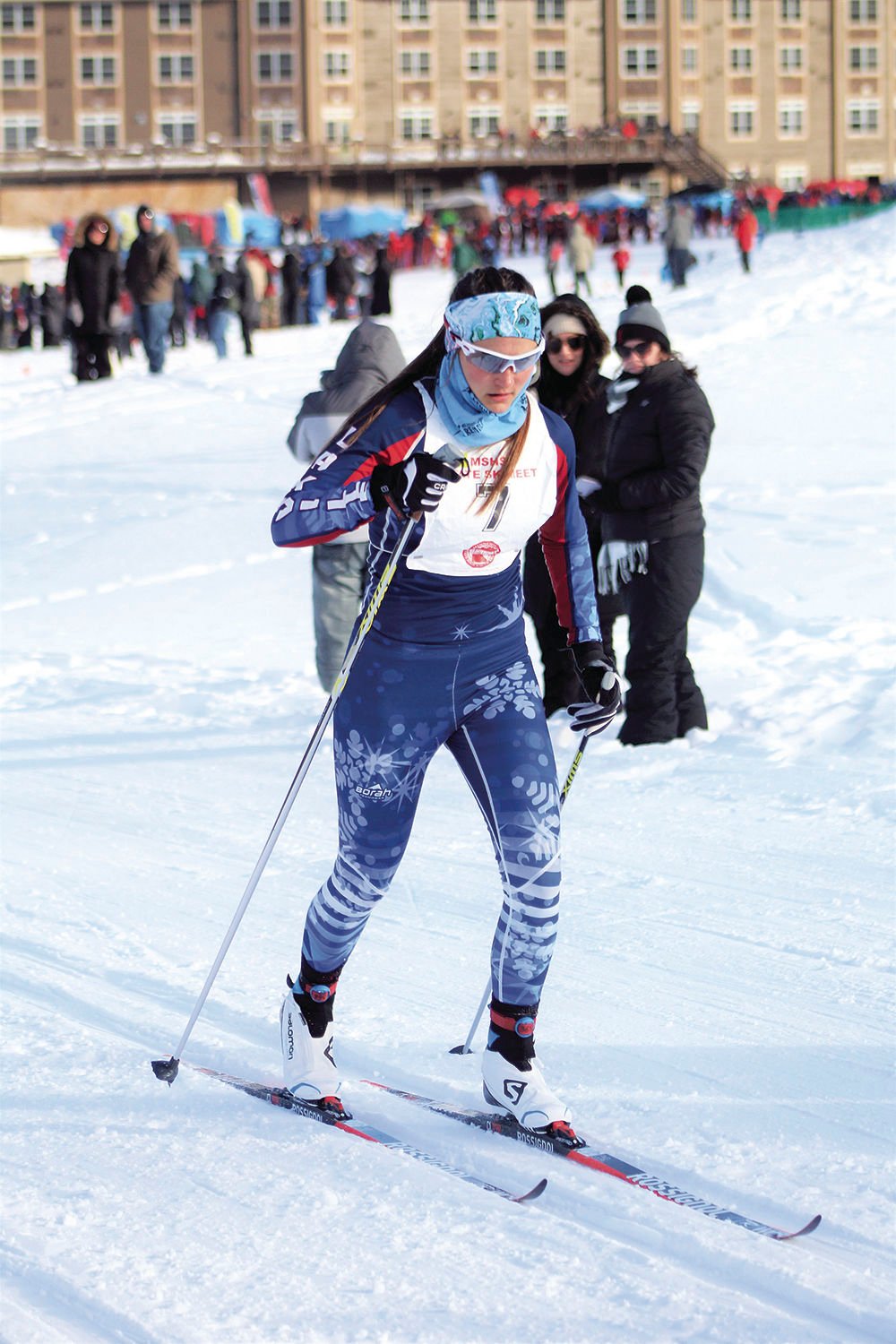 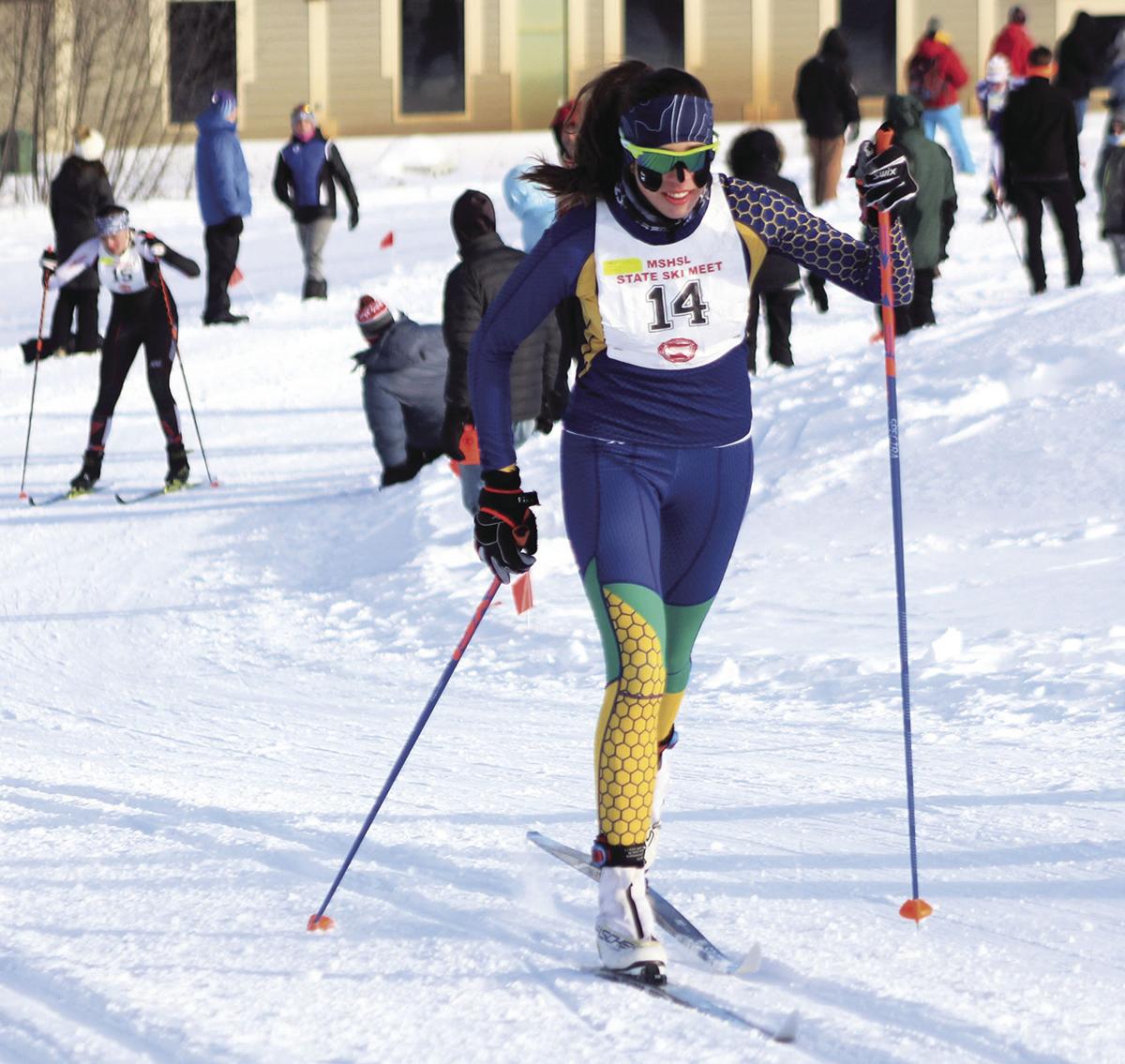 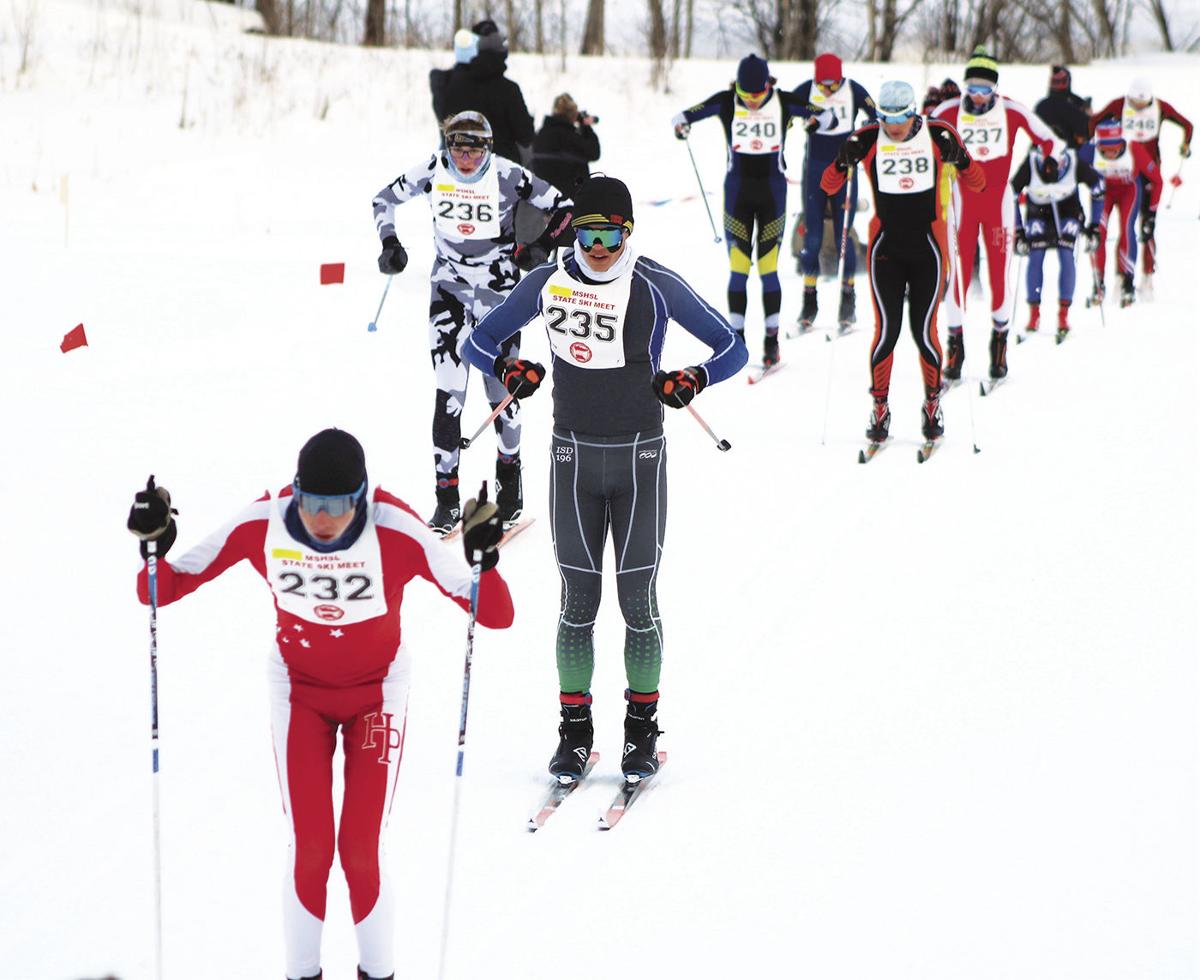 Sam Abbott (235) skis for the Eagan boys at the state Nordic meet Feb. 14 at Giants Ridge in Biwabik.

Sam Abbott (235) skis for the Eagan boys at the state Nordic meet Feb. 14 at Giants Ridge in Biwabik.

Brianne Brewster of Lakeville South and Regan Hansen of Rosemount earned All-State recognition by finishing in the top 25 in girls pursuit at the state Nordic skiing meet.

It’s the first All-State honor in skiing for Brewster, a senior who was 39th at the 2019 state meet. Last week she had the seventh-fastest time on the opening 5-kilometer freestyle leg and was sixth fastest in the classic race.

Brewster also is a five-time All-State cross country runner and finished 13th at the state meet in November. She will be a distance runner at the University of Minnesota in the fall.

Hansen stood in 13th place after the freestyle leg. The senior also led Rosemount to eighth place in the team competition. Rosemount sent a girls team to the state Nordic meet for the first time after finishing second in the Section 1 meet. Section 1 girls champion Eastview finished 10th at state.

Moening also helped Highland Park win the girls team championship. Rosemount was the highest-finishing South Suburban Conference team and appears to have a chance to return next season as Hansen is the only senior in the Irish’s top seven.

This was the seventh consecutive appearance at state for the Eastview girls team.

Forest Lake and Minneapolis Southwest each scored 401 points in the state boys meet, with Forest Lake winning the tiebreaker – and the championship – because of a faster combined time. Eagan placed 14th of 16 qualifying teams.

Mounds Park Academy senior Henry Snider won the boys pursuit championship in 28:24.2, six-tenths of a second ahead of Roger Anderson of Robbinsdale Armstrong.

The state meet, originally scheduled for Feb. 13, was moved back one day because of dangerously cold weather in the Minnesota Arrowhead region.