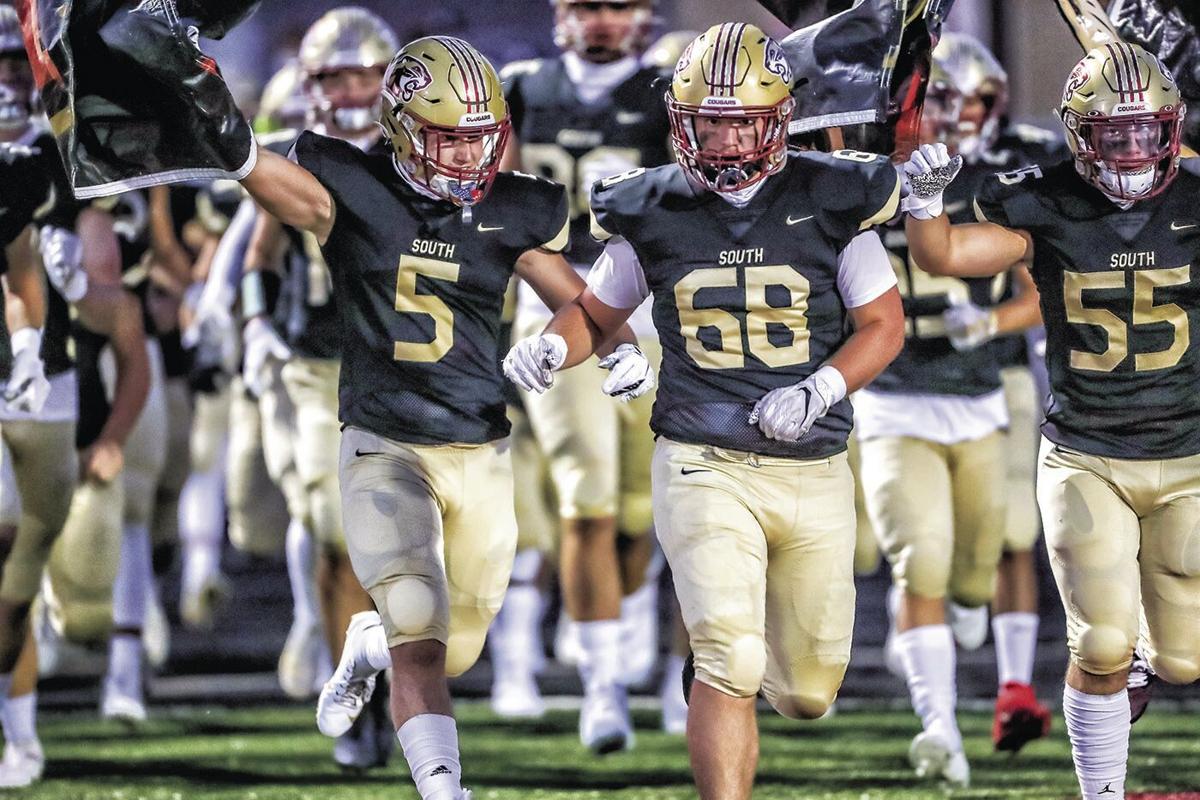 Lakeville South players Josh Jacobson (5), Derek Ashland (68) and Jonas Pearson (55) break through the banner to take the field for the start of the Cougars' football season. South defeated Burnsville 53-14 in its season opener last Friday. 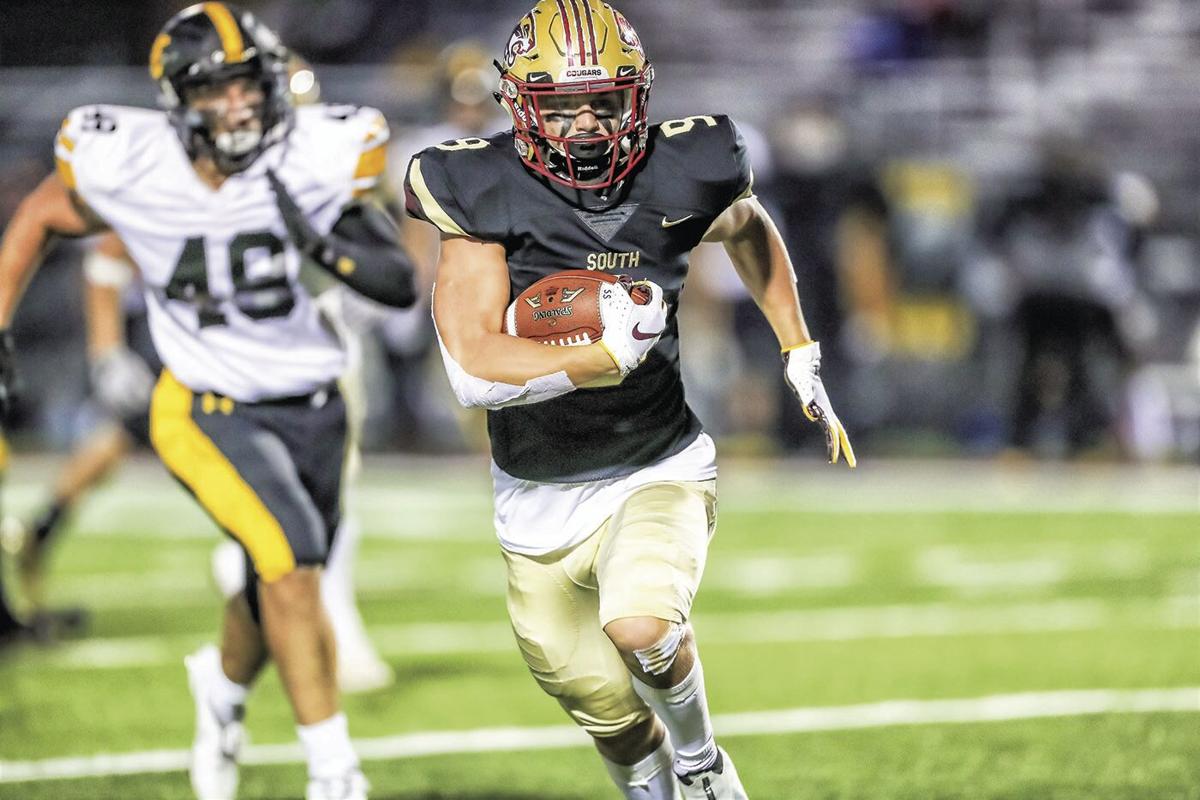 Lakeville South's Will Geary is off and running for a first-quarter touchdown in the Cougars' victory over Burnsville last Friday. 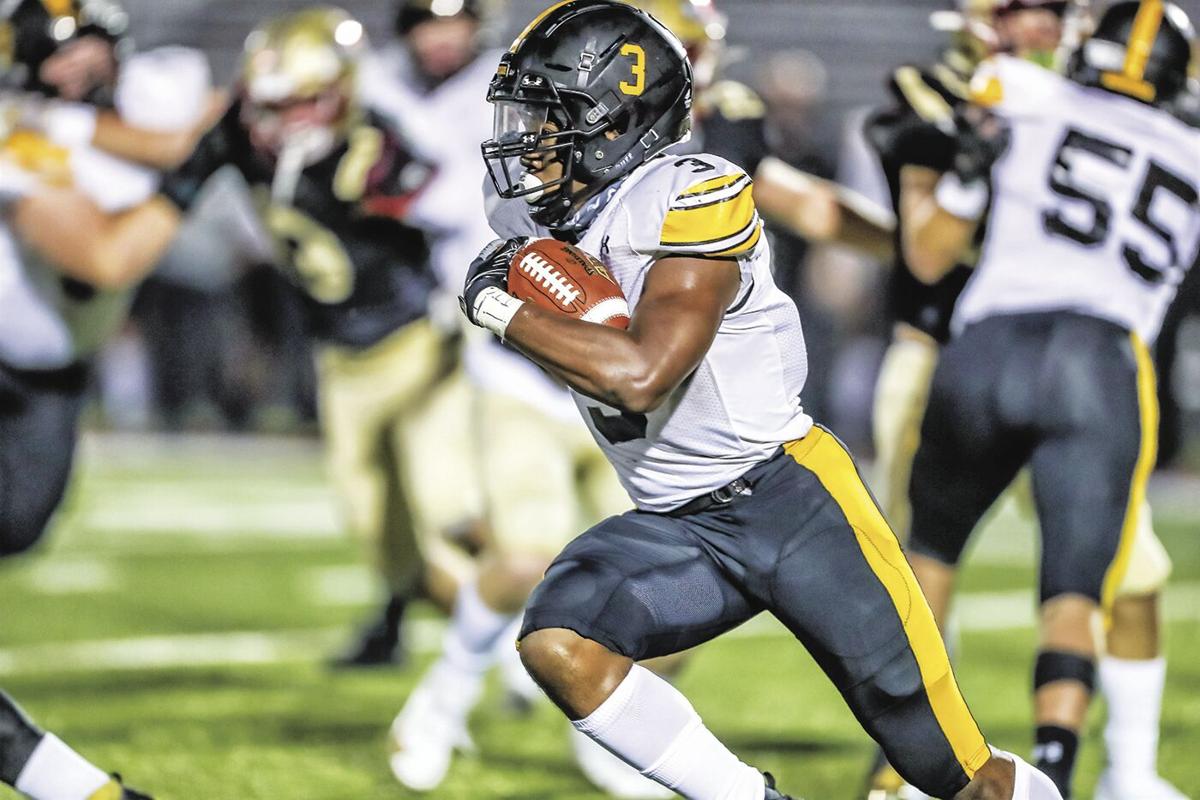 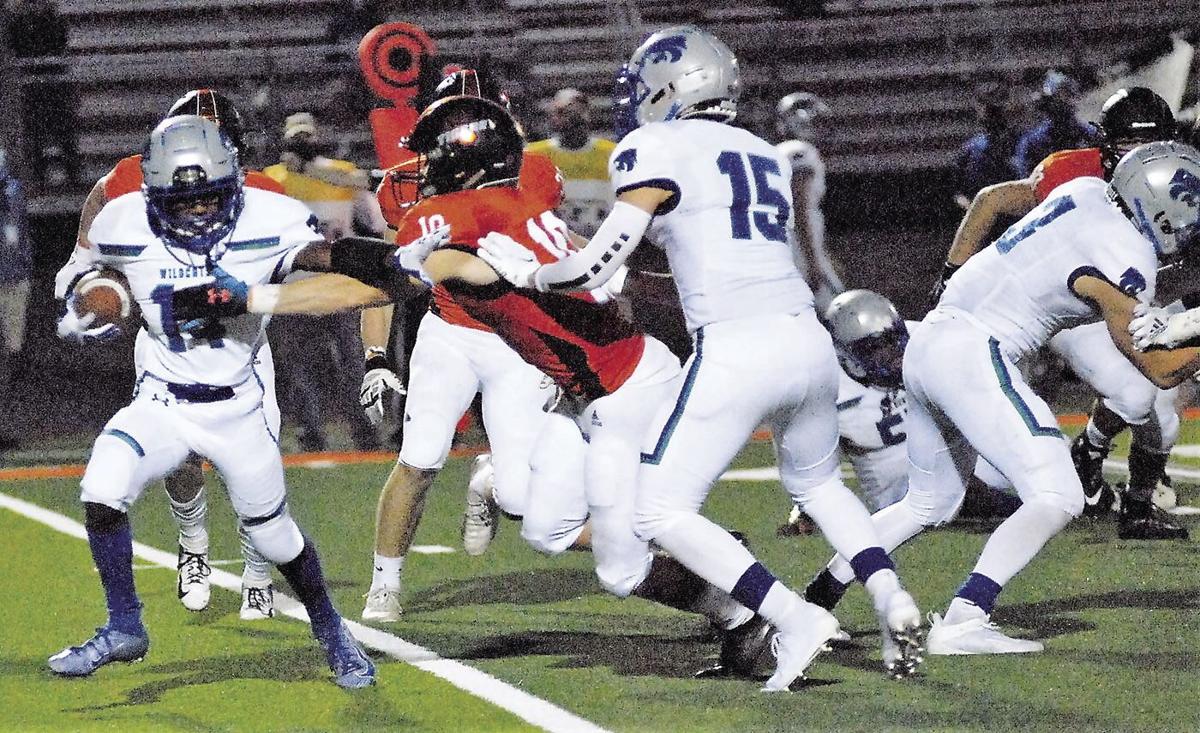 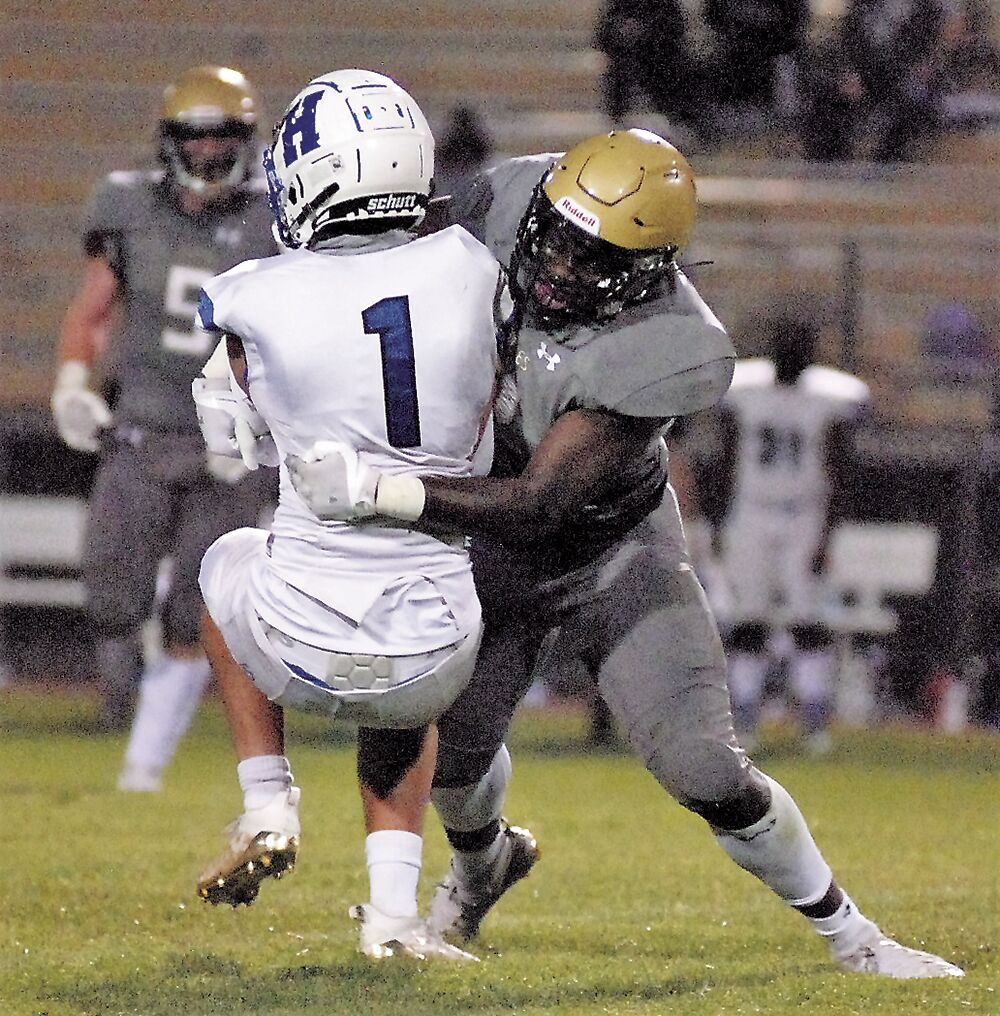 Lakeville South players Josh Jacobson (5), Derek Ashland (68) and Jonas Pearson (55) break through the banner to take the field for the start of the Cougars' football season. South defeated Burnsville 53-14 in its season opener last Friday.

Lakeville South's Will Geary is off and running for a first-quarter touchdown in the Cougars' victory over Burnsville last Friday.

Lakeville South’s successful formula – a run-heavy offense that produces big plays – remained in evidence during the Cougars’ 53-14 victory over Burnsville on Friday night.

The Cougars, whose Power-T offense propelled them to the state Class 6A semifinals the last two years, rushed for 434 yards and seven touchdowns. Four of the touchdown runs were 20 yards or longer as South built a 45-0 halftime lead.

Ten Lakeville South players carried the ball at least once, with senior running back Riley Haglund gaining 137 yards on 10 rushes and three touchdowns, the longest of which went for 75 yards in the second quarter.

Quarterback Reid Patterson had to throw only twice, completing both to Carson Hansen for 26 yards total. Josh Endres and Brock Mergen led the South defense with six and five tackles, respectively.

Burnsville had success on the ground, rushing for 230 yards, but didn’t get on the scoreboard until Anthony Harrington’s 76-yard run in the third quarter. Junior Colton Gregersen scored on a 1-yard run in the fourth quarter. Blaze captain Myiion Hodges rushed for 67 yards on 16 carries.

Lakeville South goes on the road to play Eastview at 7 p.m. Thursday. Eastview is coming off a 40-7 loss to East Ridge in its opening game. Burnsville was to play Lakeville North this week but called off the game Wednesday afternoon because of COVID-19 concerns. The Blaze's next scheduled game is Oct. 23 at Farmington.

Farmington scored 10 touchdowns in the first three quarters to cruise to a season-opening victory last Friday.

The Tigers’ high-powered offense produced 456 yards. Standouts included senior running back Zac Janz, who rushed for 119 yards and five scores, and senior receiver Eli Green, who caught three passes for 47 yards and one touchdown, rushed three times for 68 yards, and returned a kickoff 92 yards for a score. Green also returned a punt 57 yards to the Eagan 1-yard line, setting up one of Janz’s rushing touchdowns.

Isaac Ask caught a 39-yard touchdown pass. Logan Lukasezck and Rod Finley ran for scores in the second half. Finley, also a defensive back, had an interception.

Eagan scored in the third quarter on a 68-yard pass from Alex Lachenmayer to Max Robinson. Senior Fernando Chavez had a 1-yard touchdown run in the fourth.

Farmington’s next opponent was to be Rosemount, but Rosemount is unable to play its first two scheduled games while its team members are in quarantine. The Tigers have lined up a new opponent and will play at Hopkins at 6 p.m. Thursday. Hopkins, which defeated Apple Valley 34-0 in its opening game, was to play Robbinsdale Armstrong this week but Armstrong had to back out for COVID-19 reasons.

Eagan will play Anoka in its home opener at 7 p.m. Thursday.

Eastview was held to 156 yards and had some costly miscues in its opening game.

The Lightning, who had no returning starters on defense, struggled to rein in East Ridge’s running game. The Raptors scored five rushing touchdowns.

One of Eastview’s newest players, running back Grayson Stalboerger, rushed for 51 yards and scored his team’s touchdown on a 1-yard run in the fourth quarter.

This week, the Lightning will be challenged by one of the state’s most potent rushing offenses when they play host to Lakeville South at 7 p.m. Thursday. The Cougars, who have reached the state Class 6A semifinals the last two years, gained 434 yards rushing in a 53-14 victory over Burnsville last week.

Apple Valley gained some yards but couldn’t reach the end zone as the Eagles lost at home to Hopkins.

The Royals, the only Class 6A team Apple Valley plays this season, led 20-0 at halftime. They finished with two rushing touchdowns, two passing touchdowns and an interception return for a score.

Apple Valley went into the season hoping to control the pace of games with its rushing attack, but the Eagles couldn’t get that going last Friday after falling behind early. Conner Elliott gained 24 of Apple Valley’s 41 rushing yards.

The Eagles passed for 146 yards, with Caleb Scott completing seven of 18 throws for 98 yards. Tim Wyandt had a 48-yard completion.

Apple Valley goes for its first victory of the 2020 season at Bloomington Jefferson at 7 p.m. Thursday.