Rosemount's Taylor Eatchel tries to get the ball past the Lakeville North block in a South Suburban Conference volleyball match Tuesday. 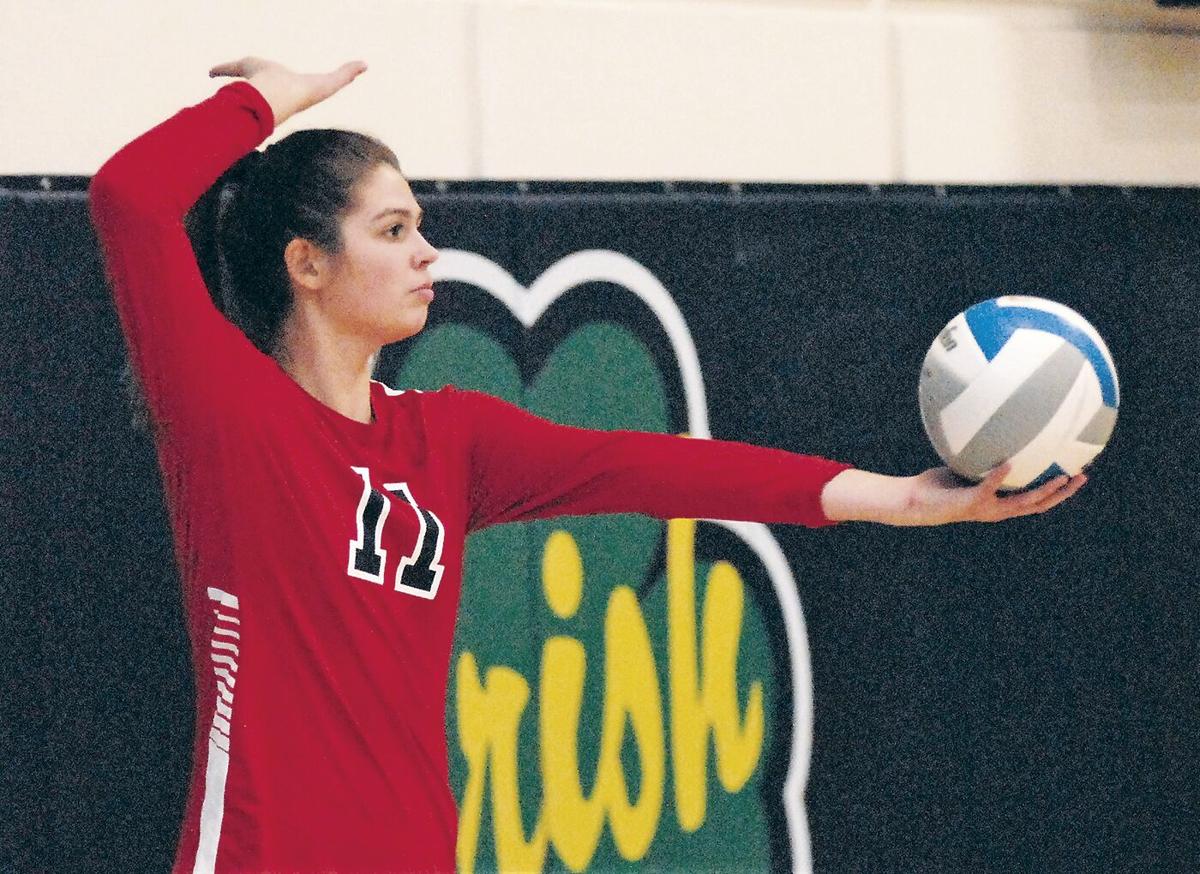 Abbey Milner of Lakeville North serves in a match at Rosemount on Tuesday night.

Rosemount's Taylor Eatchel tries to get the ball past the Lakeville North block in a South Suburban Conference volleyball match Tuesday.

Abbey Milner of Lakeville North serves in a match at Rosemount on Tuesday night.

The 2020 season was expected to be one of the most competitive in South Suburban Conference volleyball history before it was pushed back to spring 2021. Now that it’s been returned to the fall, a large slate of compelling matches has been set up.

Four South Suburban teams – Eagan (first), Lakeville North (third), Lakeville South (tied for fifth) and Shakopee (seventh) were in the top seven of the preseason Class 3A rankings released by the state coaches association. Ranked third is defending state champion Wayzata, which is likely to remain defending state champion until 2021 as no state tournament is planned this year because of COVID-19.

As for the absence of a state tournament, “Of course that was a disappointment for all our players,” Lakeville North coach Jackie Richter said after her team swept Rosemount in three games Tuesday night. “But they still take each practice as something to take pride in, and then each match. We were pretty quick to get over that disappointment, and to be reminded that we are playing and we have a really strong conference. For us to play a round and a half is a blessing, and we still have a section tournament to look forward to.”

The regular season opens with something unexpected – fans in the stands. On Oct. 8 the Minnesota Department of Education released new COVID-19 guidance that allowed each participant in an indoor activity, including sports, to have up to two people in attendance. That meant a smattering of fans in the bleachers Tuesday at Rosemount, which was better than none.

Eagan, last year’s state Class 3A runner-up and a state finalist the last seven years, is the conference favorite. Returning volleyball season to the fall made it possible for Kennedi Orr, the 2020 Gatorade Minnesota Player of the Year and the top college recruit in the class of 2021, to play her final high school season. Orr is on track to graduate in December and plans to enroll at the University of Nebraska in January. She would already have been in college if this year’s high school season took place in the spring.

Lakeville North (1-1) returns almost the entire group that won the consolation championship at the 2019 Class 3A tourney, including their leaders in kills (Maddy Hornyak), assists (Abby Jandro) and blocks (Ella Thompson).

“We have a lot of upperclassmen this year,” Richter said. “We’re trying to tighten the screws in every detail part of our game. With the experience we have back, they understand what we’re trying to accomplish as a system. It’s just getting 2 percent better at every position, every contact, every effort to hopefully get us to our potential at the end of the season.”

Burnsville, Eastview, Shakopee and Lakeville South are 2-0 in conference matches going into the next round of South Suburban play Thursday night.

Lakeville North will play host to Lakeville South at 7 p.m. Thursday in one of two scheduled regular-season matches between the schools. South, which reached the Section 1 final last season before losing to North, features senior outside hitter Ava Moes (a University of Tennessee commit) and setter Teagan Starkey.

The Section 1 tournament also figures to be a battle with section teams Lakeville North, Lakeville South and Northfield all ranked in the top six in the state. The challenge in coronavirus times is doing what’s necessary to make the playoffs a reality.

“We want to be respectful of those that are trying to keep everyone safe,” Richter said. “It starts with our leadership enforcing it, and everyone understanding it’s not a choice, it’s not whether you like it or not, it’s what we’re doing.”