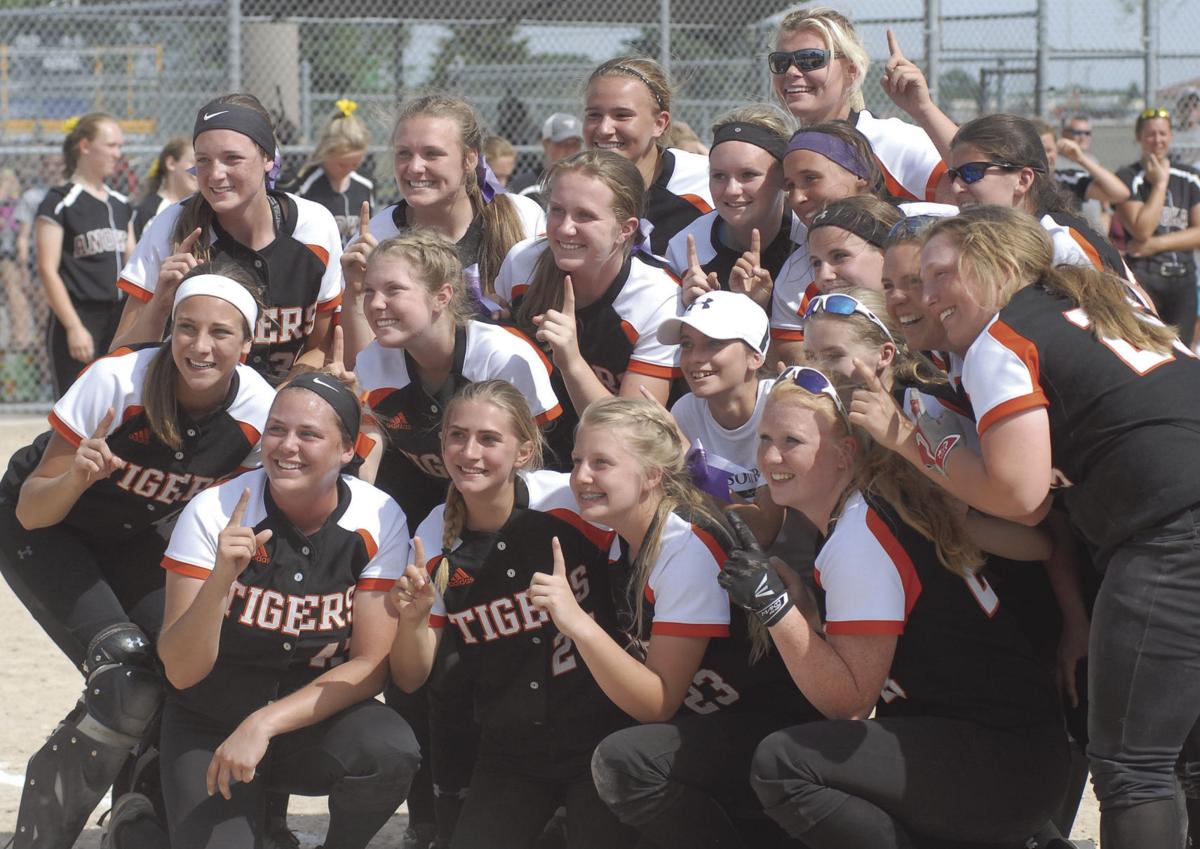 Farmington's softball players got to hold up index fingers after defeating Anoka 1-0 in the 2017 Class 4A championship game. The only run scored on Emma Frost's 10th-inning walk-off home run. 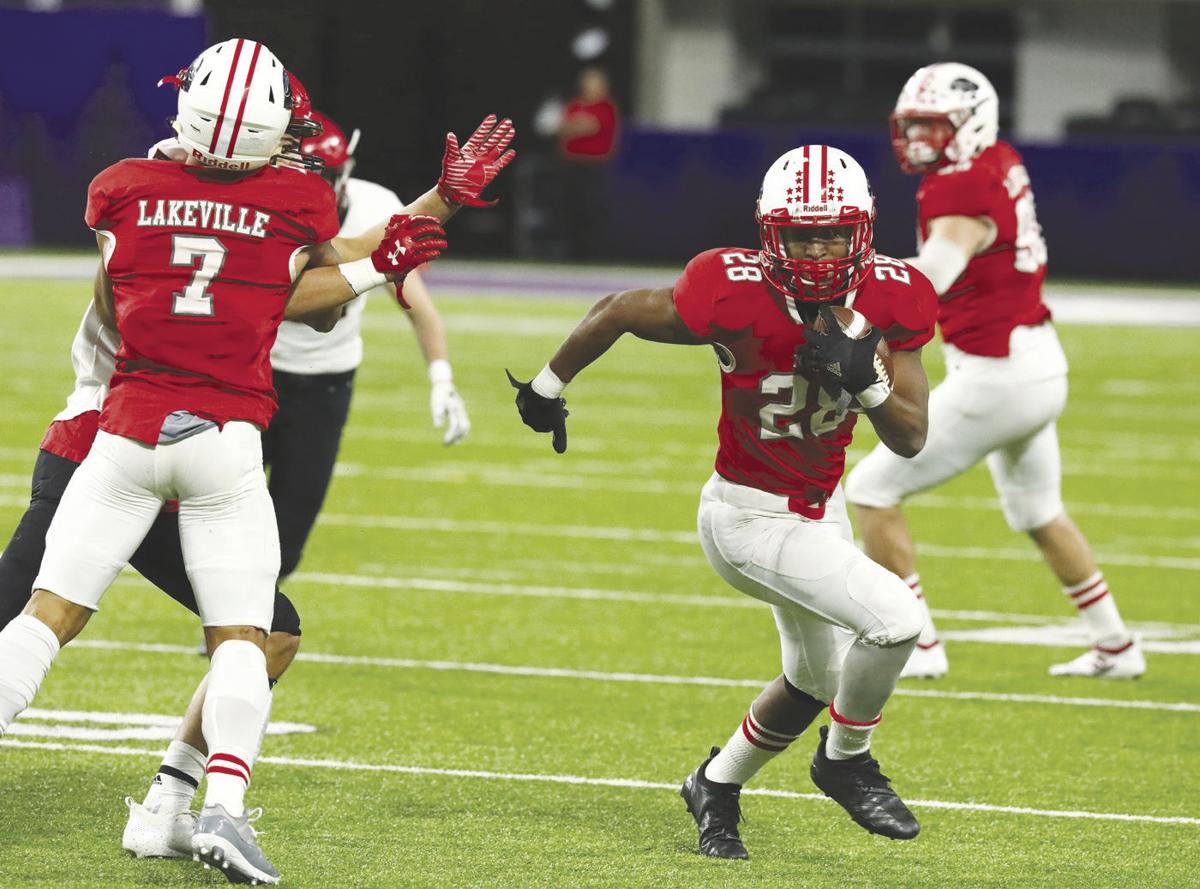 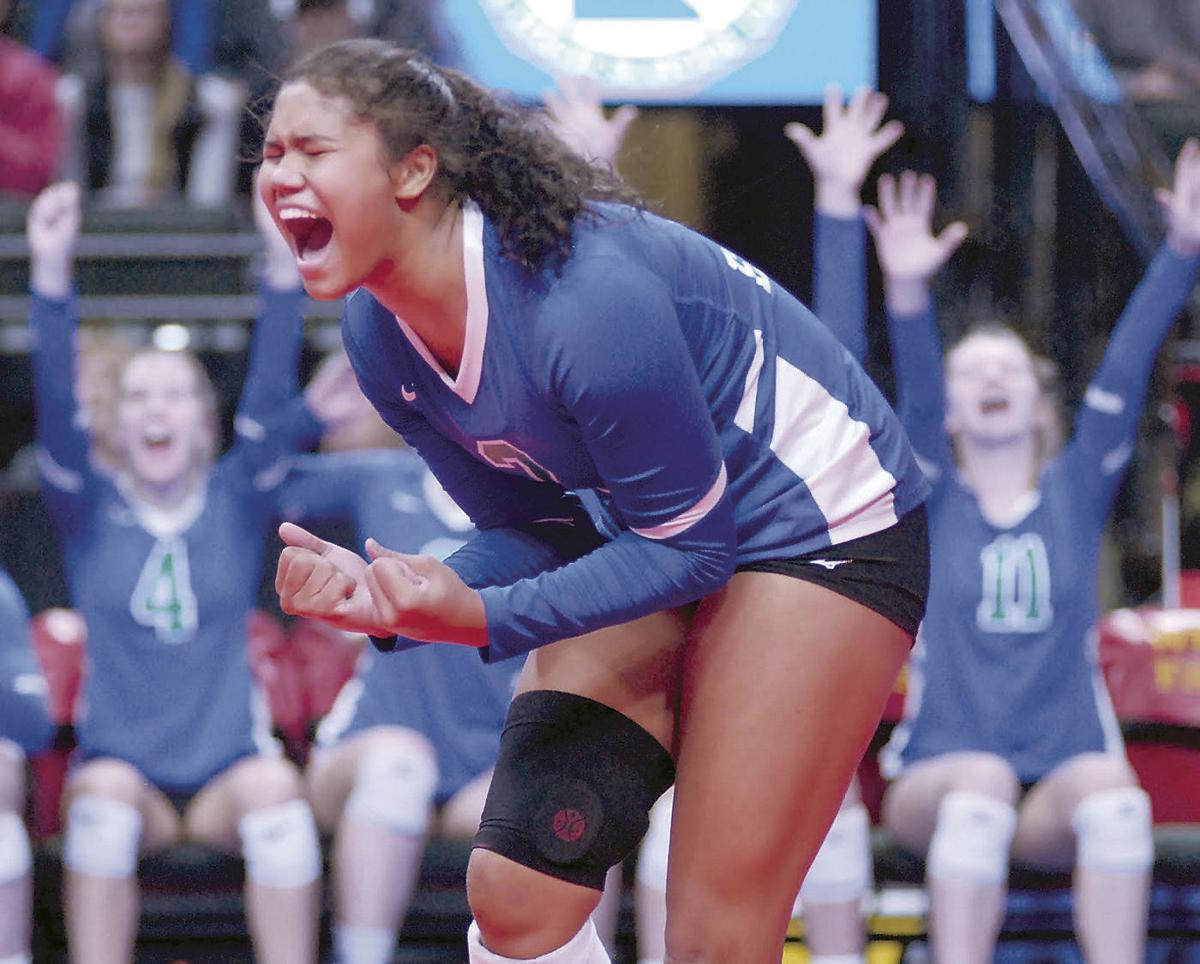 Kennedi Orr reacts after Eagan takes a point against Wayzata in the 2019 state Class 3A volleyball championship match. Orr was one of the key figures in an Eagan run of excellence that included six consecutive appearances in the state final.

Farmington's softball players got to hold up index fingers after defeating Anoka 1-0 in the 2017 Class 4A championship game. The only run scored on Emma Frost's 10th-inning walk-off home run.

Kennedi Orr reacts after Eagan takes a point against Wayzata in the 2019 state Class 3A volleyball championship match. Orr was one of the key figures in an Eagan run of excellence that included six consecutive appearances in the state final.

Before moving on to new decade, a look back

It might be impossible to do justice to an entire decade, but who says you can’t try?

The 2010s were memorable in local sports, mostly for the right reasons, although there were times when tragedy interfered with the pursuit of athletic achievement.

I covered sports here the entire decade, first as a reporter for Sun-Current Newspapers and then with Sun Thisweek and the Dakota County Tribune following a 2012 merger. Here are some of the stories that stuck with me:

One era ends, another begins

The decade saw the end of one of the greatest careers in Alpine skiing history. Lindsey Vonn, who as everybody following the sport knows by now got her start at Buck Hill, retired in February 2019 following a career that included 82 World Cup victories, a record for a female skier. She also won a gold and bronze medal at the 2010 Winter Olympics, as well as a bronze at the 2018 Games.

Another Minnesota female athlete enters the new decade with eyes on Olympic medals. Regan Smith, a senior at Lakeville North High School, last summer set women’s long-course world records in the 200-meter backstroke and 100-meter backstroke at the FINA World Aquatics Championships in South Korea. She won gold in the 200 backstroke. Her record in the 100 backstroke came on the first leg of the 400 medley relay, which the U.S. team won. Smith is all but certain to compete at the 2020 Olympics in Tokyo.

The Holy Grail for a Minnesota high school wrestler might be winning six state individual championships, or one in every year the wrestler is eligible. Five individuals had won five state championships, but nobody had completed the sweep until Apple Valley’s Mark Hall did it from 2011 through 2016. Apple Valley also won state team championships all six years Hall was there. After going 277-4 in high school, Hall went to Penn State and won an NCAA championship as a true freshman. Now a senior, he’s a three-time All-American and three-time national finalist. Hall and two other Apple Valley alumni, Gable Steveson and Seth Gross, look to be contenders for spots on the 2020 U.S. Olympic team.

Emma Frost’s two-out solo homer in the bottom of the 10th inning gave Farmington a 1-0 victory over Anoka in the 2017 state Class 3A softball championship game. It also gave the school its first team championship in any sport. Maddie Muelken, who started the season with her future in question after being diagnosed with Hodgkin’s lymphoma, pitched back-to-back shutouts in the final two games of the state tourney.

“I never imagined myself or this team being here and winning a state championship,” Muelken said after the Tigers received their trophy. “I want to keep going. I don’t want to take the jersey off.”

Being in his 30s and active, Chris Orr seemed one of the least likely candidates for heart trouble. But if not for quick response by Rosemount High School colleagues he likely wouldn’t have survived a March 2017 heart attack. Orr, the Irish’s girls basketball coach, collapsed while at work at Rosemount High. A co-worker, physical education teacher Tracy Cassano, administered CPR and a defibrillator kept nearby was used to restart his heart. A stent was inserted to clear an artery that Orr said was “99 percent blocked,” and he was back on the bench six days later for a Rosemount girls basketball section championship game.

The Masters typically invites several amateur golfers to participate in the early April tradition in Augusta, Georgia. Farmington native Sammy Schmitz had a background story more unusual than most. After briefly trying professional golf and deciding the lifestyle wasn't for him, Schmitz settled into a business career and began raising a family. Before long, he wanted to compete again and regained his amateur status. He won the Minnesota Golf Association Player of the Year award six times in seven years, starting in 2011.

In the 2015 U.S. Mid-Amateur, Schmitz was 2-up in the championship match when he aced the par-4 15th hole. He closed out the match on the next hole. The ace was only the second on a par-4 in 120 years of United States Golf Association competitions. The Mid-Amateur victory earned Schmitz an invitational to the 2016 Masters. He didn't make the 36-hole cut but did finish ahead of some established touring pros, including three former Masters champions.

Several Lakeville North High School teams completed perfect seasons with state championships in the 2010s. Current WNBA player Rachel Banham helped lead the girls basketball team to a 32-0 season in 2009-10 and a victory over White Bear Lake in the state Class 4A championship game. The last boys hockey team to finish a season undefeated was Lakeville North in 2015 when the Panthers, featuring a top line of Jack Poehling, Nick Poehling and Ryan Poehling, dispatched Duluth East 4-1 in the Class AA final to finish 31-0. Lakeville North’s football team finished 13-0 in 2018, defeated Eden Prairie in the Prep Bowl, and won its first state championship in 15 years.

There’s little doubt volleyball is now a marquee sport in Minnesota high schools, and teams from Dakota County are among the most powerful in the state. Lakeville North and Eagan won six state Class 3A championships in an eight-year span from 2010 to 2017. North won three state titles under three head coaches – Milan Mader, who retired after his team won in 2010; Walt Weaver, who guided the 2012 champs; and Jackie Richter, whose Panthers team won state in 2017.

Eagan coach Kathy Gillen has her team on a streak of six consecutive appearances in state championship matches, including Class 3A titles in 2013, 2015 and 2016. The Wildcats now have seven volleyball championships.

Led by two current NBA players (Tyus Jones and Gary Trent Jr.) and one future NBA player (Duke University sophomore Tre Jones), Apple Valley went to five state boys basketball tournaments in six years, winning Class 4A championships in 2013, 2015 and 2017. The Eagles just missed a fourth title in 2018 when current University of Minnesota star Daniel Oturu’s buzzer-beating dunk won the Class 4A final. The Apple Valley run brought nationwide attention to the program, including a nationally televised game in December 2013 featuring Tyus Jones and Jahlil Okafor, who went on to become teammates at Duke and win a state championship there.

Hopkins became the dominant team in Class 4A girls basketball in the 2010s, but the Royals didn’t take the title every year. Eastview teams twice interrupted their run. The 2013-14 team, led by sharpshooting guard Madison Guebert, went 31-1 and defeated Bloomington Kennedy in the Class 4A final. All-purpose forward Megan Walstad powered Eastview to a 32-0 season in 2017-18 and a victory over Hopkins in the Class 4A championship game. Guebert and Walstad went on to be Miss Basketball award winners.

Wildcats dominate on the pitch

Eagan was the state's dominant girls soccer program in the mid-2010s, winning state championships in 2014, 2015 and 2017, and finishing third in 2018. The Wildcats had a 31-game unbeaten streak from the start of the 2014 season until midway through the 2015 season. They liked to keep up the suspense in state championship games. Eagan beat Eden Prairie 1-0 in the 2015 final, then defeated the Eagles the following year in a penalty-kick shootout. In 2017, the Wildcats scored in the final seconds of the second half to defeat Maple Grove for the Class AA title.

Lakeville South student-athletes Jake Flynn and Johnny Price died in a December 2015 pickup crash near the high school. Price was to be a baseball co-captain and Flynn had ambitions of playing college football. Two other students, Alex Hughes and Mason Kohlbeck, also were in the vehicle and survived the crash. A scholarship program was created in Flynn’s name at Lakeville South.

Game of the decade

I’ll cop out and choose two. One is Farmington’s 10-inning victory over Anoka in the 2017 Class 3A softball final, which ended with Emma Frost’s walk-off homer. The other is Lakeville North’s 84-82 victory over Hopkins in the 2014 Class 4A boys basketball championship game, made possible by J.P. Macura’s 43 points and an unlikely rally after the Panthers trailed by four points with 33 seconds remaining.