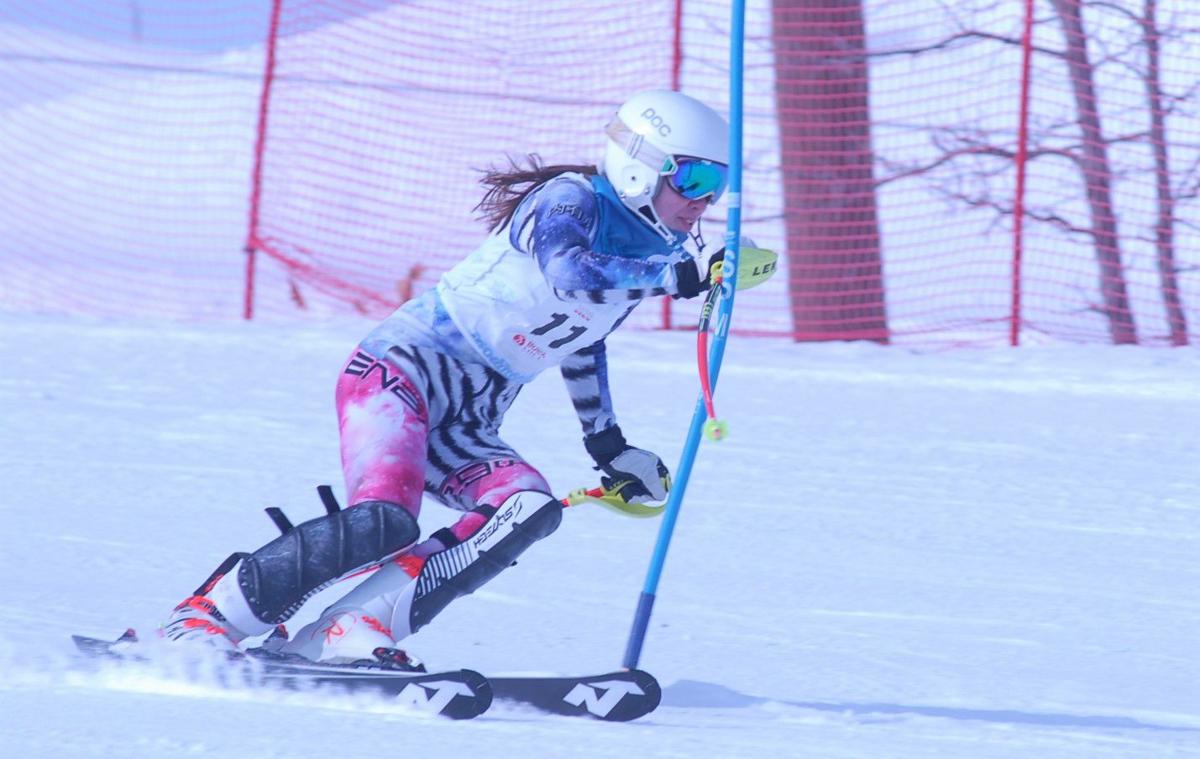 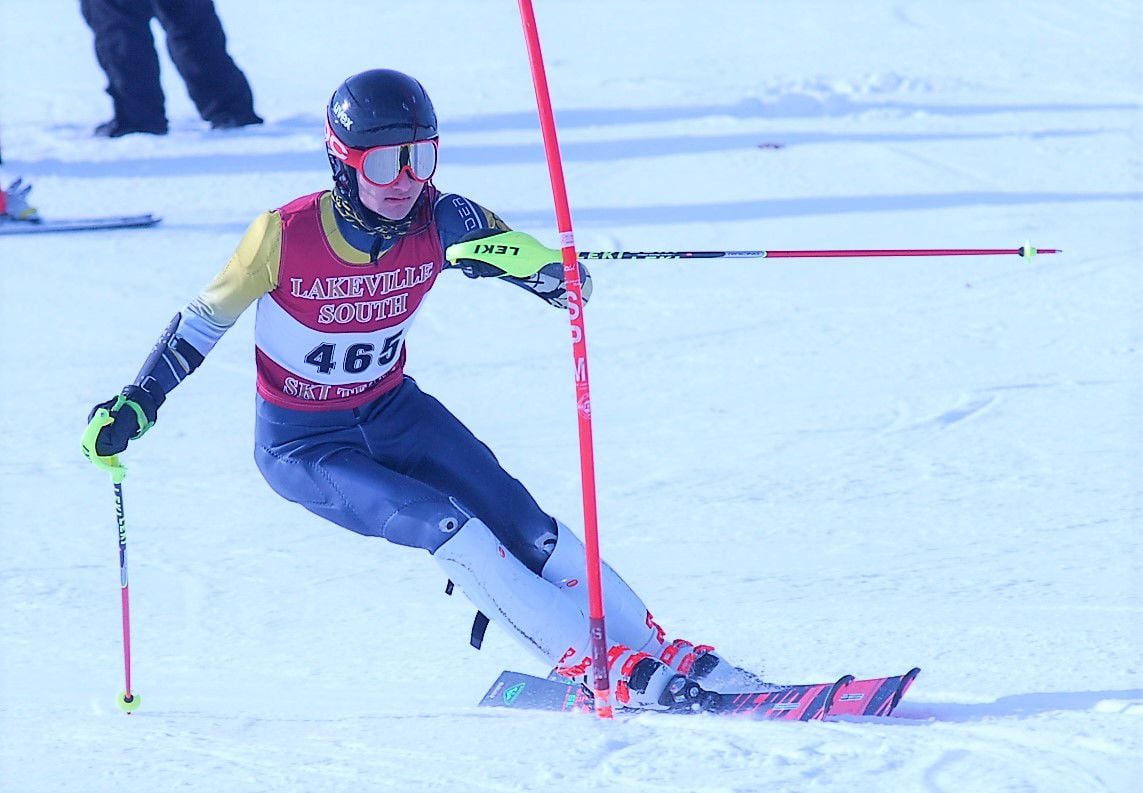 John Olson was one of four Lakeville South skiers to finish in the top five at the Section 6 boys Alpine skiing meet.

John Olson was one of four Lakeville South skiers to finish in the top five at the Section 6 boys Alpine skiing meet.

Tuesday was a big day at Buck Hill for skiers from the South Suburban Conference.

Lakeville teams won the boys and girls championships at the Section 6 meet, and Lakeville South junior Kyle Wentworth and Eagan seventh-grader Sophia Palmquist were individual medalists. All will advance to the state meet Wednesday, Feb. 12, at Giants Ridge in Biwabik.

Palmquist edged defending state individual champion Peyton Servais of Lakeville North by about three-tenths of a second in the girls race, completing two runs in 50.67 seconds to 50.98 for Servais. Servais, however, led a Lakeville North charge in the team competition as the Panthers won by 11 points over second-place Edina (the Hornets also advance to the state meet). Abby Hahs, Tera Cunningham and Jane Steel also finished in the top 20 individually for Lakeville North.

Lakeville South, coming off a fourth-place finish at the 2019 state boys meet, gets another crack at the team title after winning the Section 6 championship. Wentworth, John Olson, Joe Olson and William Nida placed first, third, fourth and fifth as the Cougars won by 18 points over Edina. Wentworth won the individual championship by the slimmest of margins, completing two trips down the hill in 48.84, with runner-up Adam Berghult of Edina finishing in 48.85. The top six skiers in the boys race were from Lakeville South or Edina.

Lakeville South was the 2019 state girls team champion, although only one skier from that group competed for the Cougars at Tuesday’s Section 6 meet. That skier, sophomore Erin Otteson, finished fourth in 54.36 seconds to qualify for state individually.

Eagan finished fourth in the girls team competition, with Caitlyn Bumpers earning a trip to the state meet by finishing 15th in 58.18 and earning the section’s final available spot at Giants Ridge.

Rosemount was fifth in the boys team standings but the Irish’s top finisher, Ross Boldus, earned an individual place at state by finishing 12th in 52.34. Robert Boldus was 25th and Leyton Simmering 32nd for the Irish.

Lakeville North’s Lou Brucianni advanced to state by finishing eighth in the section in 51.24. The Panthers were seventh in the team competition.

Eagan was eighth in the team standings but will be represented at state by Jevin Palmquist, who finished 17th in 53.09. Eastview’s Ryan Whalen earned a trip to state by finishing ninth in 51.67.