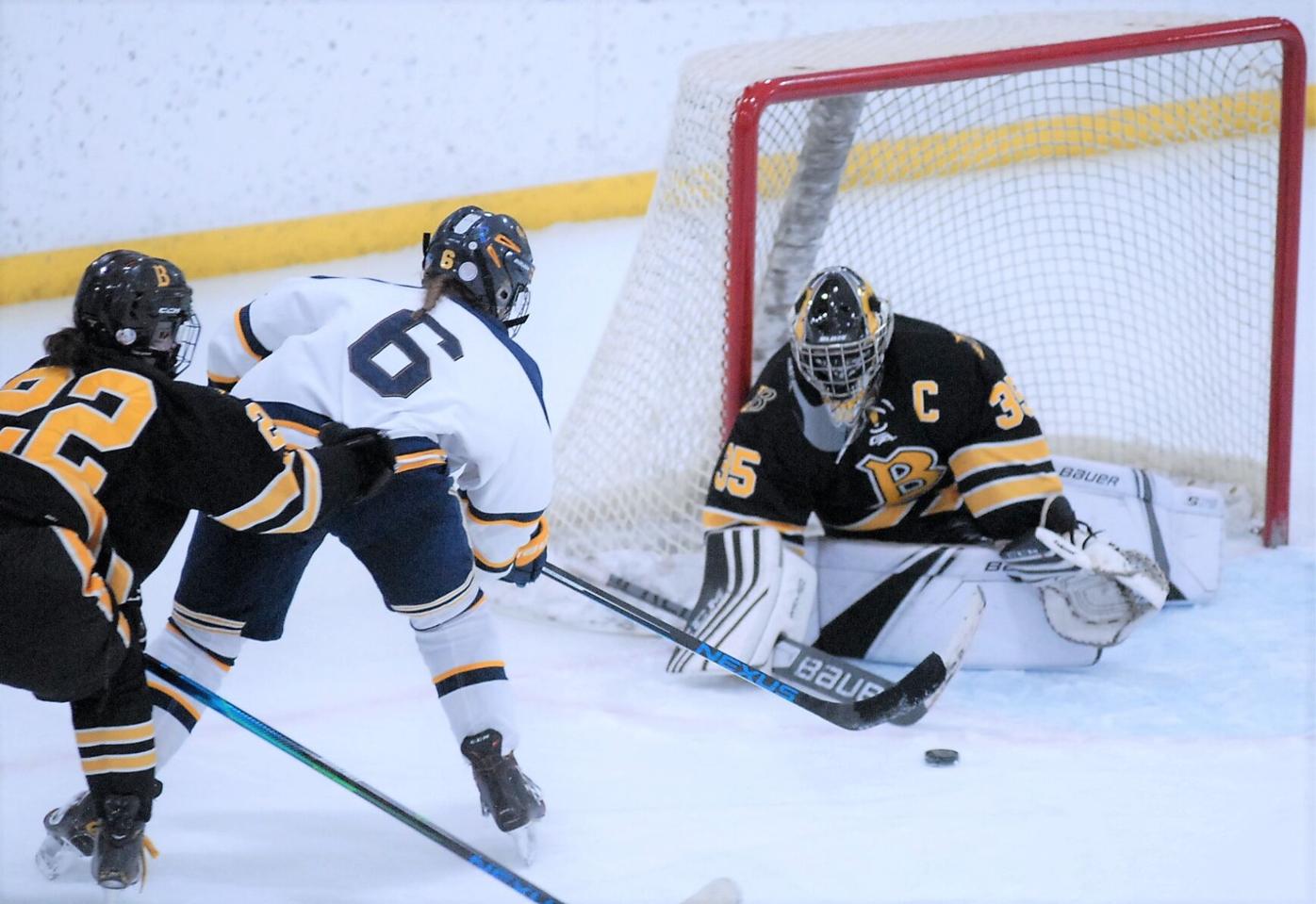 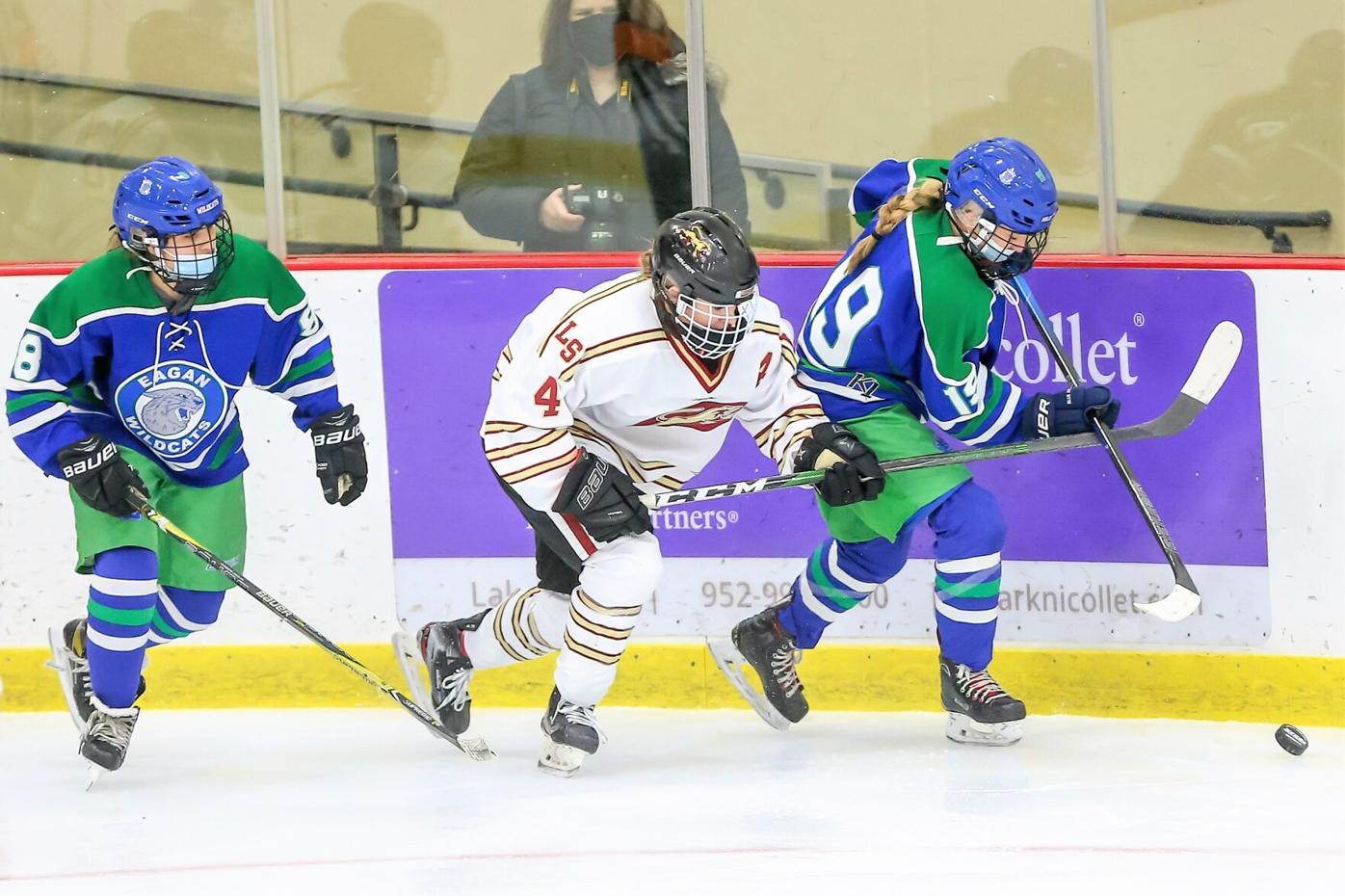 Halfway through the South Suburban Conference girls hockey season, Burnsville coach Chris Lepper is satisfied with where his team stands.

But no trophies are awarded at the halfway point. Not only do the Blaze have nine more games to play in a deep, balanced conference, they need to prepare for a hectic time in mid-March.

All SSC teams will play three games in the final week of the regular season. Burnsville then defends its Section 3AA championship, which is scheduled to take place over five days. The team that wins the section championship might end up playing six games in 11 days, and will need victories in the final three.

Because of the busy upcoming schedule, Lepper said he’s not shortening his bench. The Blaze are giving all their players ice time now because they know they’ll need them later.

“If you play six games in 11 days, you’ll get exposed if you don’t have a deep team,” Lepper said. “In boys hockey you’ll see a lot of teams put together a checking line. We have three lines with players that can score. It makes it tough for teams to shut down a particular line and it should help us later this season.”

Burnsville was 6-2-1 in the South Suburban, two points behind first-place Lakeville South, going into Tuesday night’s home game against Eagan. The Wildcats were in last place in the SSC at 1-7-1 but took Lakeville South to overtime in their last game before losing 4-3. The Blaze play at Eastview – tied with Burnsville for second in the conference – at 7 p.m. Saturday, Feb. 20.

Two necessities for postseason play – strong goaltending and special-teams success – were in evidence Saturday afternoon in Burnsville’s 5-2 victory at Rosemount. The Blaze were 3-for-5 on the power play and also scored a shorthanded goal against a team also pushing for first place in the league (Rosemount is 6-3 in the SSC).

“The girls always give 100 percent effort. There’s never been a question about that. And the power-play goals were huge,” Lepper said.

The Blaze’s Zoie Dundon scored on the power play in the first period, but goals by Rosemount’s Whitney Tuttle and Kiersten Browning sent the Irish to the locker room with a 2-1 lead.

Burnsville got three more power-play chances in the second period, with Olivia Carlson and Hannah Benfer cashing in to put the Blaze in front. Dundon scored a shorthanded goal in the third, with Madisyn Krumholz scoring Burnsville’s final goal at even strength.

Junior forward Sami Bowlby leads Burnsville with seven goals and 12 points, but 11 Blaze players have at least one goal. Senior captain Maria Widen has played all but eight minutes in goal with a 1.54 goals-against average and .929 save percentage.

“Maria makes saves in practice that would blow your mind, but she would be the first to tell you she can play better,” Lepper said.

Widen is representative of the entire Burnsville team, Lepper said – playing well but not peaking just yet.

“I’d say I’m happy with where we are,” Lepper said. “If we were 8-0 or 9-0, we might be wondering if we could play any better. But we’ve lost a couple of games, so we know there are areas where we can improve.”

Rosemount returned to conference play Tuesday against Shakopee, which has won five games in a row after starting 0-4. The Irish play Prior Lake at home at 3 p.m. Feb. 20.

Eastview (6-2-1) lost its second consecutive game after starting the season with a seven-game unbeaten streak. Angie Lombardi made 33 saves for the Lightning.

Lakeville North 3, Prior Lake 2: Morgan Albrecht’s second goal of the game at 5:24 of the third period proved to be the winner for the Panthers (3-5-1). Albrecht also assisted on Gracie Hanson’s second-period goal, and Nora Wall made 14 saves.

Shakopee 5, Apple Valley 4: Shakopee scored three goals in the final 6:14 to leave Apple Valley Sports Arena with a victory Saturday. The Eagles (3-6) built a 4-2 lead in the third period on two goals by Marie Moran and one each by Makayla Moran and Kailee Hoff.