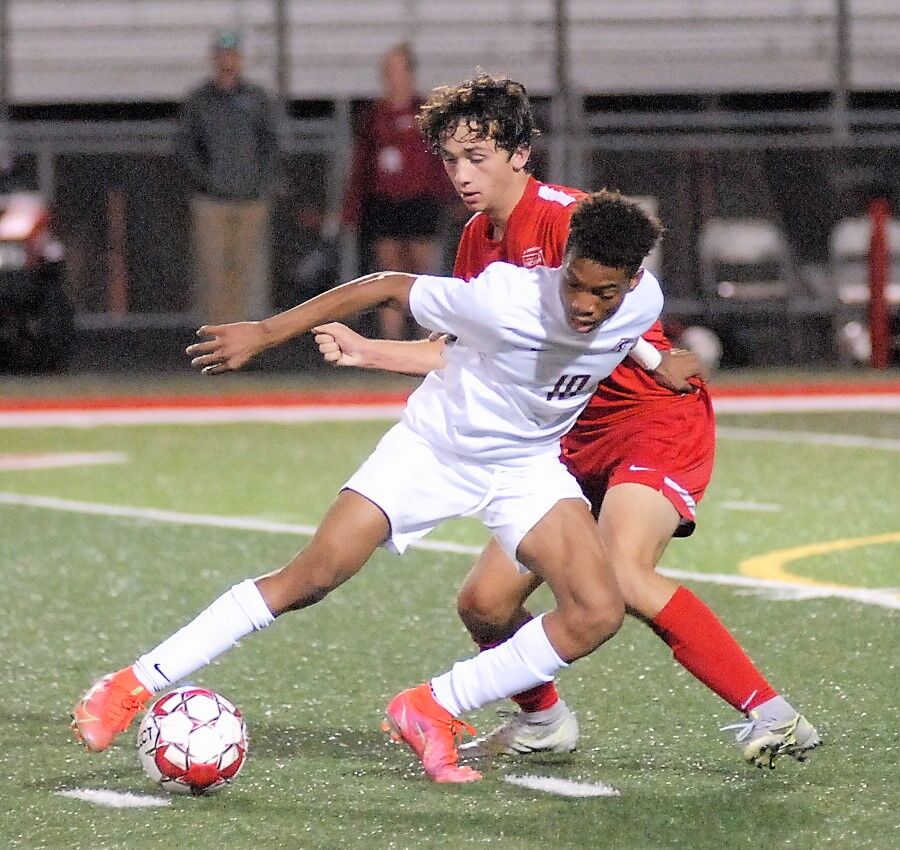 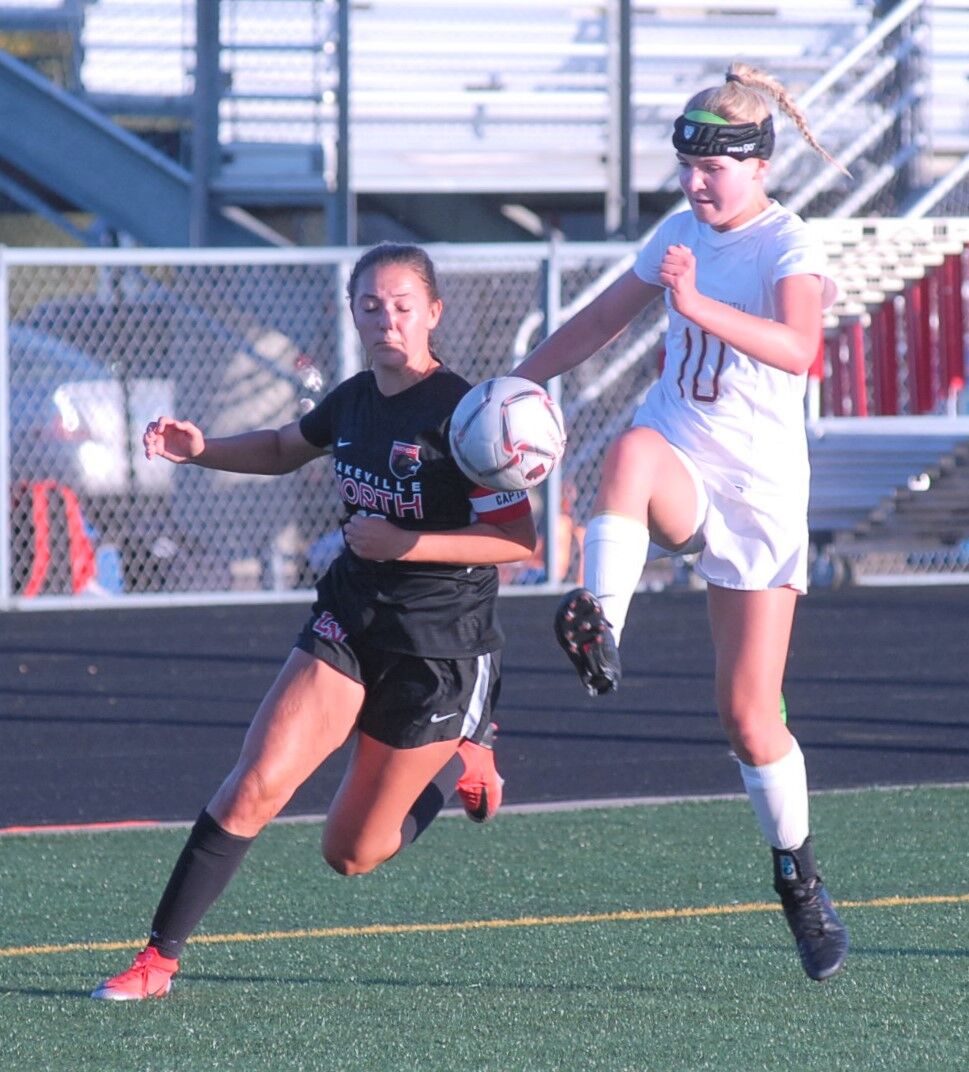 Sophie Hurst (10) of Lakeville South tries to control the ball in the air as McKenna Lehman of Lakeville North challenges during a Sept. 23 South Suburban Conference girls soccer game won by South, 1-0.

Sophie Hurst (10) of Lakeville South tries to control the ball in the air as McKenna Lehman of Lakeville North challenges during a Sept. 23 South Suburban Conference girls soccer game won by South, 1-0.

Others probably haven’t had the same reaction, not that it matters to the Cougars (10-0), who were one of three undefeated teams in Class 3A after thrashing Farmington 8-1 at home on Tuesday.

South was 2-5-5 in the pandemic-shortened 2020 season. That led to lower expectations from the public for this year’s team – but not from the players themselves.

“I expected us to have a pretty strong year because we had a lot of guys returning from last year that were good,” said Beauchamp, a senior defender. “We had two other captains coming back (Loic Mesanvi and J.P. Hill) and a strong junior class.

“This year we’ve grown much stronger off the field. It’s a brotherhood, which has allowed us to be much more successful. All of us are going to work harder for each other. We’re not playing for ourselves.”

The Cougars’ success this season didn’t necessarily come out of the blue. When the most recent state tournament was held in 2019, Lakeville South was in it, reaching the quarterfinals before losing to East Ridge. This year’s three South captains played on that team as sophomores.

Lakeville South, after starting the 2021 season unranked, has risen to third in the state Class 3A poll. Maple Grove (11-0), one of the two other unbeatens, is ranked first. Minneapolis Southwest (7-0-2) is sixth.

One of the reasons the Cougars have that five-point lead is a 4-2 victory at North on Sept. 23. Lakeville North went undefeated last season and won the Section 3AA championship, but the Minnesota State High School League did not hold a state tournament. Since last season, soccer has expanded from two enrollment classes to three and South and North have been placed back in the same section.

The North game was “a lot of pressure,” Beauchamp said. “We expected to win, but it’s a rivalry and it’s always a really emotional game. For us to go there and win was really big.”

Beauchamp, Mesanvi, Luke Faint and Andrew Sarych scored in the first half in the South victory at North that allowed the Cougars to take possession of the Lon Hitch Trophy, which goes to the winner of boys soccer games between the Lakeville schools.

Sarych scored a hat trick in the Farmington game, with Mesanvi and Garrett Johnson scoring two goals each. Kevin Hernandez also scored for the Cougars.

The Cougars’ offense has remained consistently productive. They have scored at least two goals in nine of their 10 games, with the exception a 1-0 victory over Class 3A, Section 1 rival Rochester Century on Sept. 25.

Mesanvi is having a monster season with 16 goals and four assists in 10 games, although the Cougars have proven they have other players who can score. Junior goalie Zander Billins has a 0.91 goals-against average.

If the Cougars can stay the course, they will clinch the first conference boys soccer championship in school history. They play at home against Eagan at 7 p.m. Thursday and Apple Valley at 5 p.m. Monday, Oct. 4.

Beauchamp said the players understand the pressure to continue playing well will increase because opponents are aware of the Cougars’ record and state ranking. But, he added, the players continue to push themselves because they haven’t reached all their goals yet.

“The goals were to start 3-0, then win conference, win section and go win state,” he said. “We’re still on the same track. The goals are still there and we want to keep striving for them.”

A 1-0 victory by Lakeville South at Lakeville North on Sept. 23 rearranged the South Suburban Conference girls soccer standings because North was alone in first place going into the game.

Now there’s a three-way tie between North, Rosemount and Shakopee, all of which are 5-1 in the conference after Tuesday’s action. North defeated Rosemount 4-2 on Sept. 16 and plays at Shakopee at 7 p.m. Monday, Oct. 4.

The victory over North continued a resurgence for a Lakeville South team that was winless in its first six games. The Cougars now have four consecutive victories after defeating Farmington 2-0 on Tuesday and have established themselves as a threat in the Class 3A, Section 1 playoffs. South won the Section 1AA championship in 2020.

Avery Heinz scored the only game of Lakeville South’s game against North on a first-half penalty kick. Heinz has scored on three penalty kicks in the last four games.

On Thursday, Lakeville South is home against Eagan and Lakeville North plays host to Eastview in South Suburban Conference games that start at 5 p.m.