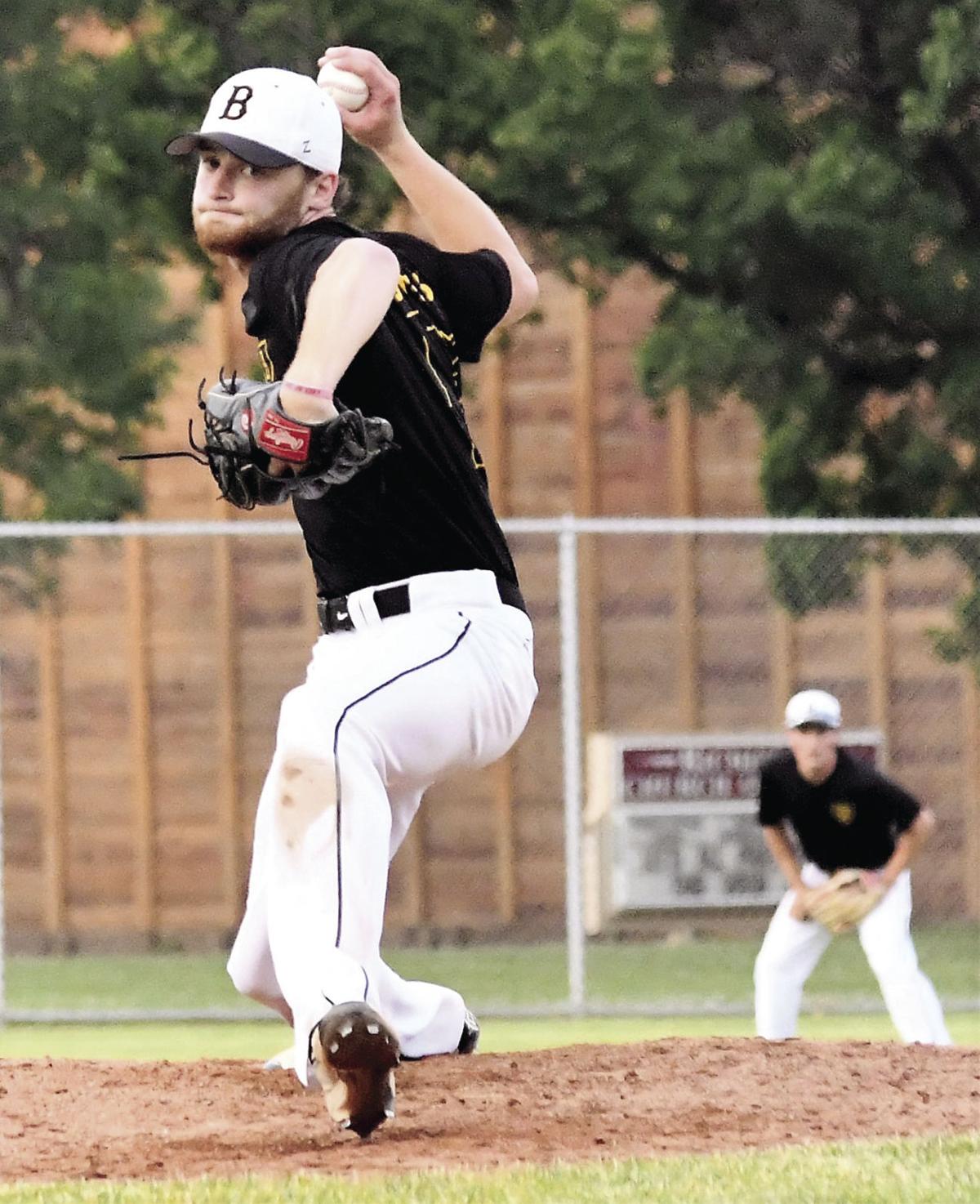 Burnsville's Sean Floersch pitches against Holy Angels in a non-conference game last week in Richfield. Burnsville players who otherwise would be playing American Legion baseball are on a team in the Baseball Alliance of Minnesota this summer. 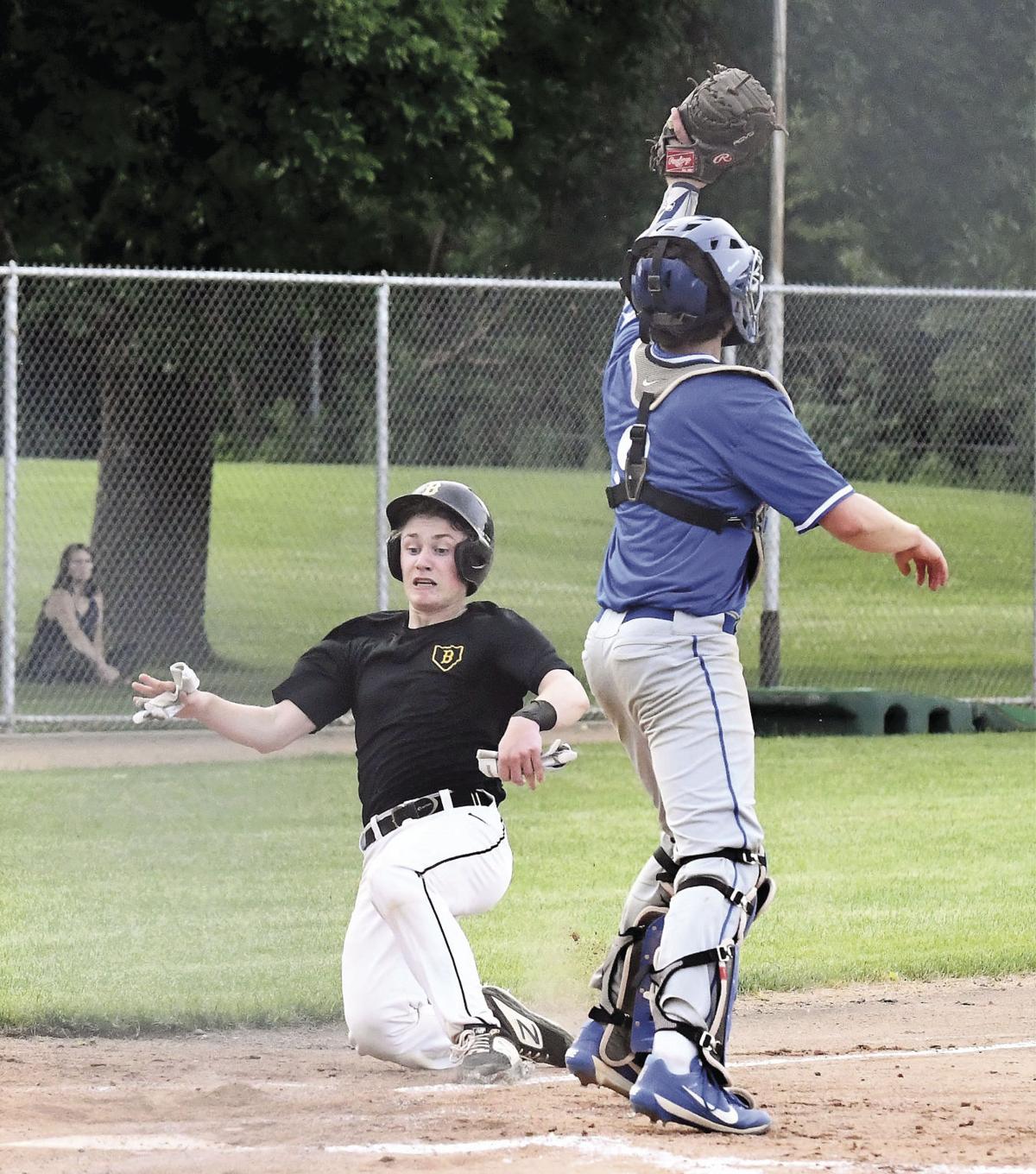 Burnsville's Sean Floersch pitches against Holy Angels in a non-conference game last week in Richfield. Burnsville players who otherwise would be playing American Legion baseball are on a team in the Baseball Alliance of Minnesota this summer.

For the summer of 2020, Minnesota American Legion baseball is making way for the Baseball Alliance of Minnesota.

Players in the high school class of 2020, already deprived of their final prep seasons, faced the possibility of not having a place to play this summer, either. This spring, the national American Legion canceled its regional and national tournaments because of the COVID-19 outbreak. A few weeks later, the Minnesota Legion opted not to sponsor a 2020 season. There also was no high school baseball season as students worked from home from mid-March until the end of the academic year.

But in a number of metro-area communities, players and coaches wouldn’t give up that easily. Two Twin Cities-based youth sports organizations, Minnesota Youth Athletic Services and Burnsville-based Metro Baseball League, collaborated to put together last-minute summer leagues for players who otherwise would have played on American Legion, Junior American Legion or VFW teams this summer.

Burnsville, Eagan, Eastview, Farmington, Rosemount and Lakeville South are among the teams taking part in the Baseball Alliance’s Legion Tier 1 division. League play is scheduled to begin Monday, July 6, although several teams have already played non-conference games. The season is scheduled to run through Aug. 14. There will be no postseason playoffs or tournament.

During the spring, Nick Schultheis and Gion Prendi were unable to help as their sons, both June graduates of Burnsville High School, lost their final season of varsity baseball. They weren’t about to stand by idly and watch them lose summer ball, too.

“This started about three weeks ago,” said Schultheis, who will be team manager for the 2020 Burnsville summer squad. “Two weeks ago, teams got the OK from the state to start playing. My son (Landon) knew teams in Bloomington and Eagan were holding practices and getting ready to play this summer, but we weren’t.”

Because the state and national Legion organizations canceled their season, Baseball Association 191’s teams, the Burnsville Cobras (American Legion) and Rattlers (Junior Legion), will not operate in 2020. The Burnsville Legion program did donate $1,000 toward the independent Burnsville team’s costs for the summer.

It’s been an especially difficult spring and summer for a group of Burnsville players that had high expectations. Burnsville High School was coming off a 13-10 season in 2019 and had what many regarded as the state’s best senior – pitcher Max Carlson, who will play at the University of North Carolina. In summer ball, the Cobras were guaranteed a place in the state American Legion tournament as the host team. With this year’s state Legion tourney being canceled, Burnsville is expected to be awarded a bid to be host in 2021 or 2022.

“Burnsville was probably going to be the No. 1-ranked team” in Class 4A high school baseball, said Prendi, who is the summer team’s head coach. “My biggest disappointment as a parent was they didn’t get a chance to play this spring. I really thought they needed to go and play this summer.”

Burnsville players apparently thought the same thing. Of the 17 players on the roster, 14 are 2020 high school graduates and three are “super seniors” – players who have completed their first year of college but were eligible for American Legion ball this summer had there been a Legion season.

Schultheis said the independent Burnsville team would have considered having juniors on the roster if older players had not rushed to sign up. As it turns out, “I think this is going to be something for the seniors and super-seniors,” Schultheis said. “The juniors, hopefully, are going to have other opportunities to play.”

Club programs have started up for the summer, but they typically do not offer teams for high school graduates. That would have left seniors scrambling to find places to play this season, and in many cases they might have been left out.

Legion teams in places such as Shakopee, Bloomington, Wayzata, Eden Prairie and Excelsior aren’t in the Baseball Alliance but are part of a west metro league. Burnsville opted for the MYAS-MBL program, which guaranteed 14 league games and didn’t prevent teams from scheduling games against teams from outside the league. Prendi said he is hoping Burnsville will play 25-30 games in July and August. Burnsville has invitations to play in Duluth and South Dakota, Prendi said.

Liability insurance, thought to be a sticking point, proved to be a relatively easy hurdle to clear. Legion teams are able to get insurance through the national organization, but that was cut off when the regional and national Legion tournaments were canceled. MBL, which is sponsoring league play for teams south of the I-394 and I-94 line, offered insurance to teams for $100.

The Burnsville team’s opener was a 15-5 victory over Holy Angels in Richfield on June 25. Prendi’s son Noah scored the first run of the game.

Gion Prendi, who’s a restaurant manager, has read mountains of information about social distancing and equipment sanitizing. In the first game, he said it looked like players, coaches, umpires and spectators were all on board with the protocol.

Once the game ended, “you never saw so many smiling faces” as the Burnsville players left the field, Schultheis said.

And not just because they won.