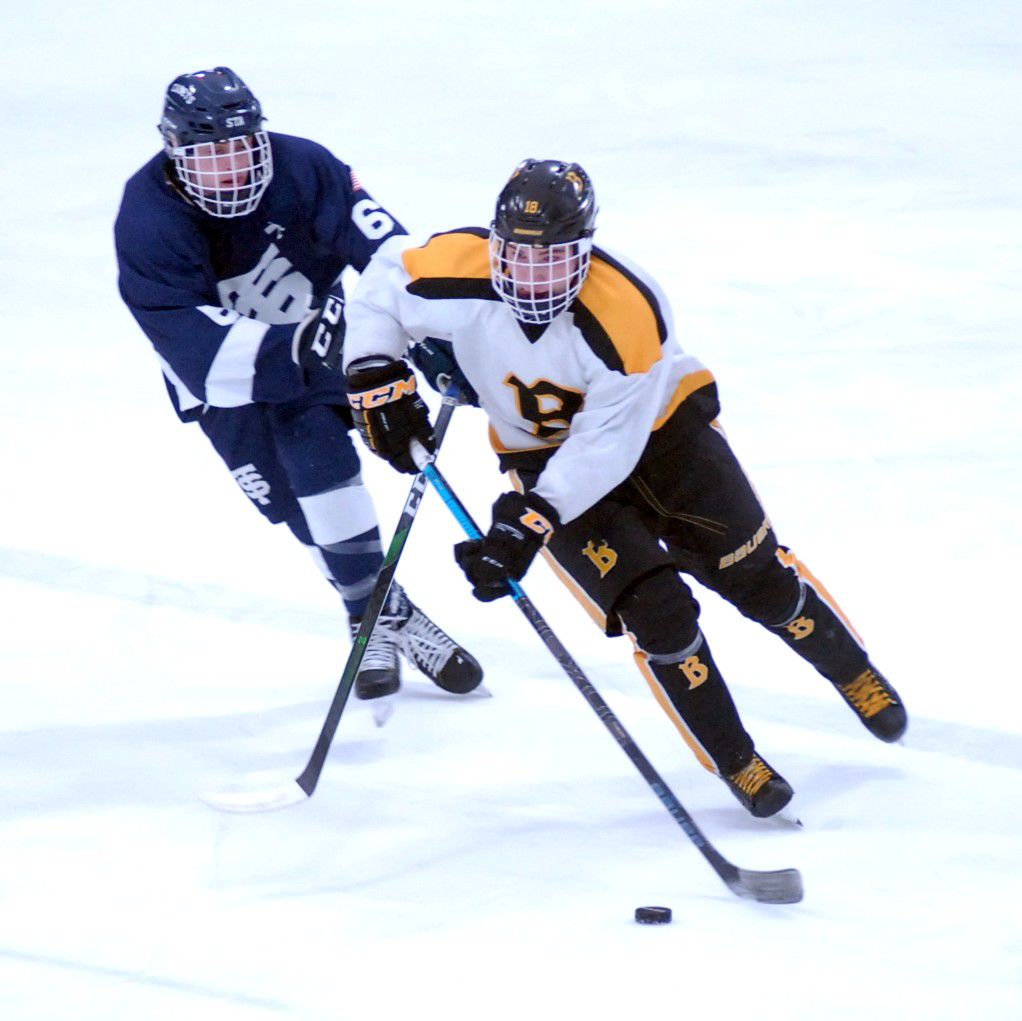 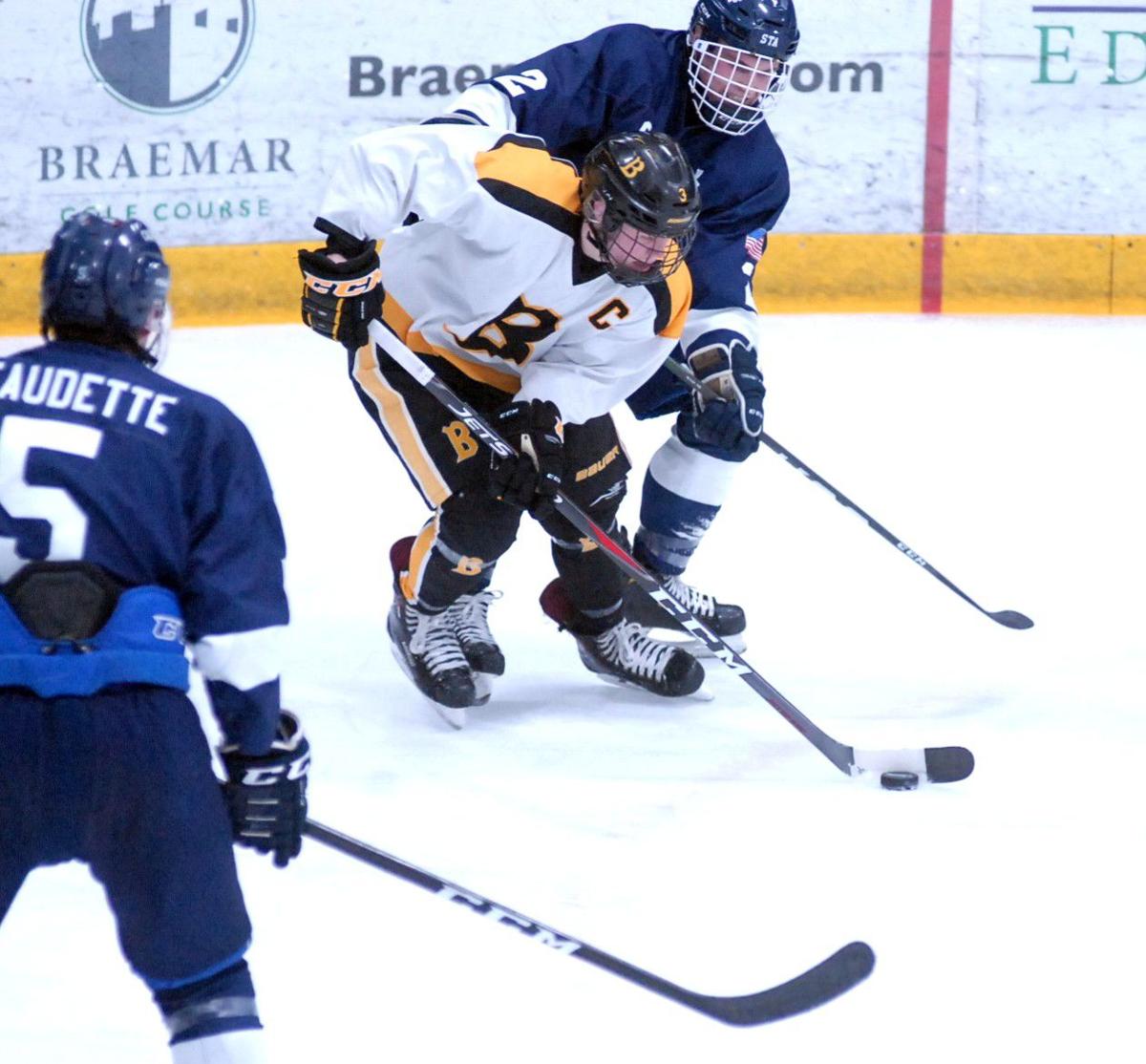 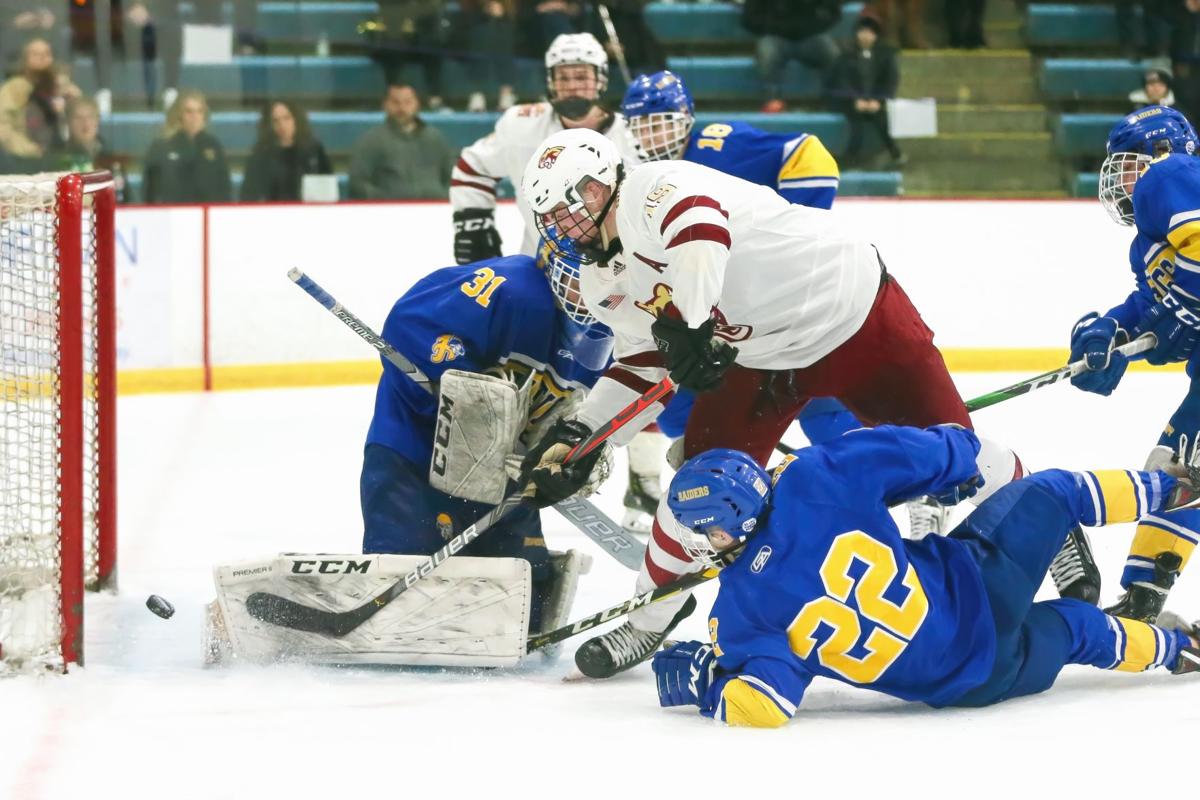 Lakeville South forward Cade Ahrenholz scores the winning goal in overtime against Hastings in the Section 1AA boys hockey championship game Thursday night in Rochester. The Cougars' 3-2 victory sends them to the state tournament for the third time in four years. 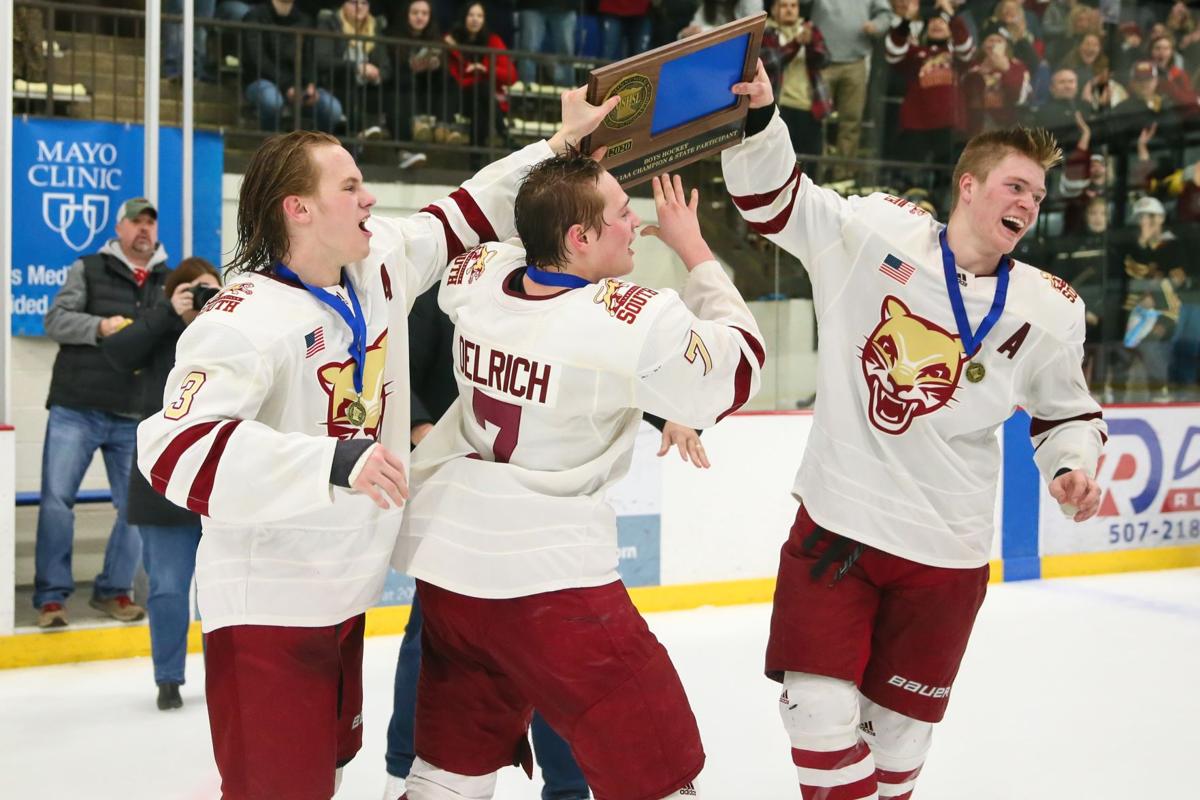 Lakeville South forward Cade Ahrenholz scores the winning goal in overtime against Hastings in the Section 1AA boys hockey championship game Thursday night in Rochester. The Cougars' 3-2 victory sends them to the state tournament for the third time in four years.

It took a furious rally by Lakeville South to ensure the South Suburban Conference would have a team in the state boys hockey tournament.

A power-play goal by Cade Ahrenholz at 2 minutes, 13 seconds of overtime gave the Cougars a 3-2 victory over Hastings in the Section 1AA championship game Thursday at Rochester Rec Center. Lakeville South (21-7), which trailed 2-0 after the first period, scored twice in the third to send the game to overtime.

Burnsville, the other team to reach a section final, lost to St. Thomas Academy 2-0 in the Section 3AA championship game in Edina. The Blaze were seeking their first state tournament appearance since 2016; instead, STA will go for the fourth year in a row.

Lakeville South will play at state for the fifth time overall and the third time in four years. The Cougars got back into Thursday's game on a power-play goal by Jack Malinski at 6:23 of the third period. Malinski also assisted on Cam Boche's tying goal with 3:26 left in the third.

Hastings took a hooking penalty at 2:01 of overtime and Ahrenholz scored 12 seconds later.

Top-seeded Lakeville South outshot Hastings 49-20, including 35-9 over the final two periods and overtime.

St. Thomas Academy scored at 4:31 of the second period and added an empty-net goal with 1:34 remaining to deny Burnsville (17-9-2) in the Section 3AA final. The Blaze had several outstanding scoring chances in the first and second periods but couldn't get anything past STA goalie Tommy Aitken, who made 29 saves. Burnsville goalie Evan Wittchow had 30 saves and was screened on the one shot he didn't stop -- Will Soderling's second-period goal.

State Class AA quarterfinals will be Thursday, March 5, at Xcel Energy Center. Pairings are expected to be completed Saturday.

More about the Section 1AA and Section 3AA championship games will be available later at sunthisweek.com.