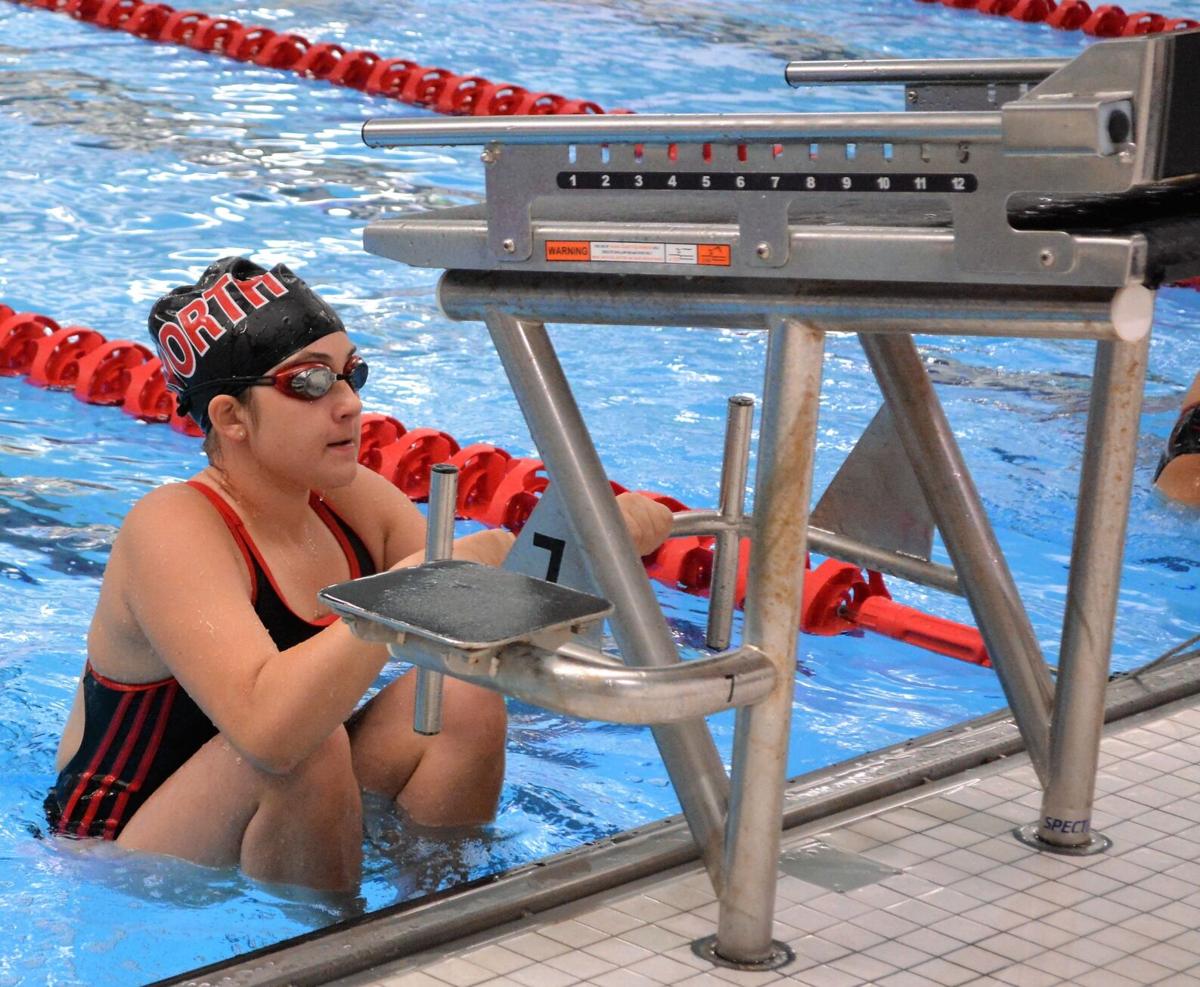 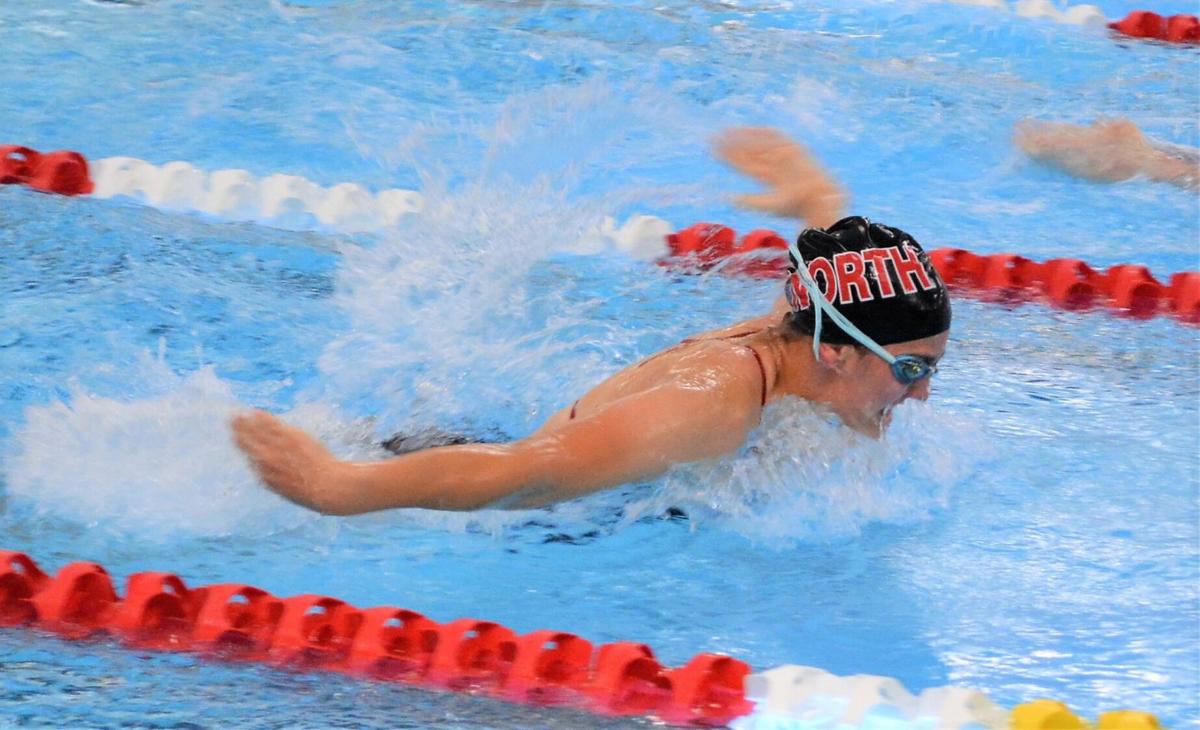 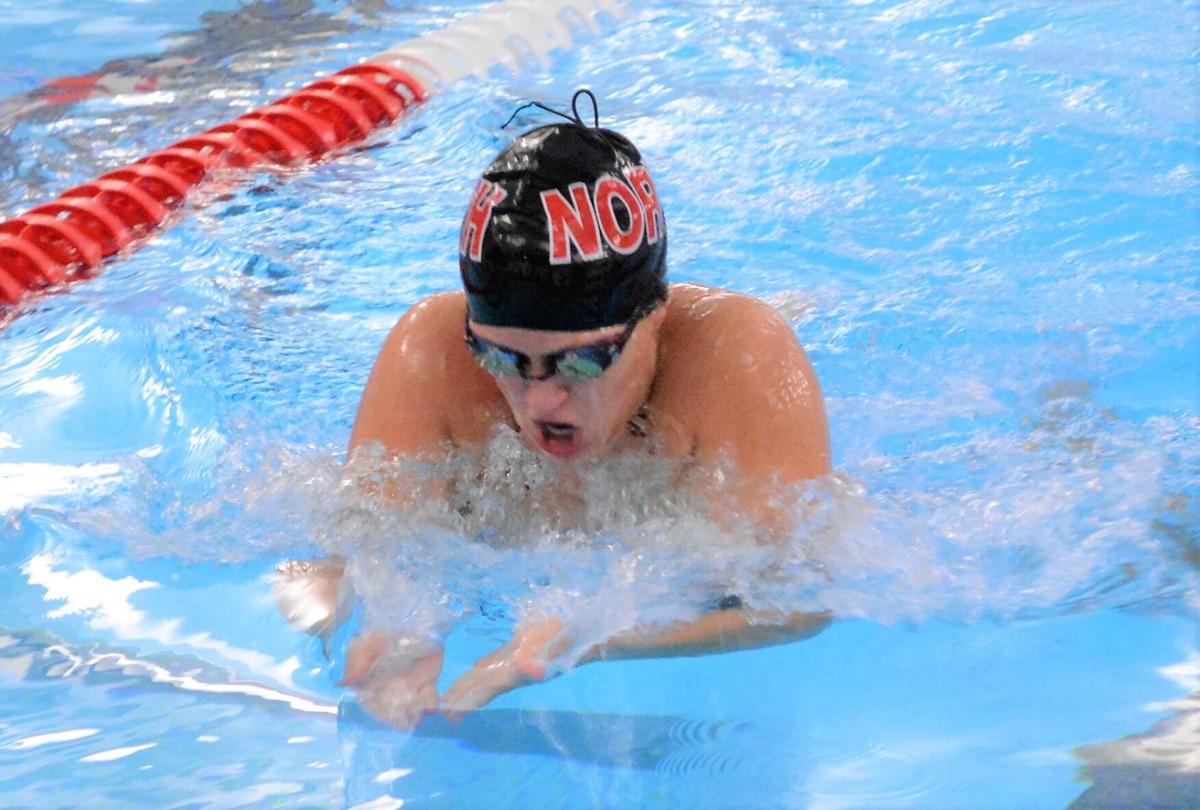 North won every individual event and had the top two times in all three relays as the Panthers improved to 2-1 in dual meets.

Familiar names dotted the leaderboard for North. Sophomore Payton Warns took the 200-yard individual medley in 2 minutes, 23.57 seconds. Freshman Izzy Satterlee grabbed the 50-yard freestyle in 25.24 seconds and the 100 butterfly in 1:00.38. Junior Helen Zenner went the distance for North, winning the 500 freestyle in 5:39.50, and senior captain Georgia Olson was the 100 freestyle winner in 58.52.

Freshman Ashley Miranda-Limon earned her first individual victory of the season, taking the 200 freestyle in 2:10.50 and winning by more than three seconds.

Coach Dan Schneider is enthusiastic about the team and its progress in the 2020 season. “The entire team swam well with over 70 lifetime bests achieved, but I was very impressed with our divers’ improvements,” Schneider said. “In only the second meet of the season for many of the girls they achieved lifetime bests. Of particular note is (freshman diver) Jasmine Sadek, who led the way with a lifetime-best performance and a 30 point improvement.”

Individually, Satterlee is having a breakout year. She is currently tenth in the state honor roll in the 200 individual medley, 12th in the 50 freestyle, 14th in the 100 butterfly, 15th in the 200 freestyle and 16th in the 100 breaststroke. While the postseason for swimming is still to be determined, Satterlee and Schneider will have to consider which two events could give Satterlee the best shot at medals if some version of a state meet is held.

“Izzy has had an outstanding start to the season. She is very versatile and loves to compete,” Schneider said.

Lakeville South also claims some of the 20 fastest swims in the state. Senior Skyler Leverenz holds five of those times, sitting in third for both the 50 and 200 freestyle races, seventh in the 100 freestyle, eighth in the 100 backstroke and 17th in the 100 butterfly. Leverenz also led the 19th-fastest 200 freestyle relay in the state, partnering with Moira Croghan, Kendall Krohn and Ana Clemon with a 1:46.62. Leverenz, a probable state title contender, is weighing her options but will swim collegiately.

“It feels so good to be back. I missed the weekly racing and the team,” said Leverenz, who did not compete in high school swimming last year. “We have a lot of great new additions this year … it’s been so fun.”

Seventh-grader Ana Clemon, a huge addition for South this year, won the 50 freestyle in 26.66, eight-tenths of a second ahead of the closest competitor. Leverenz, a South Metro Storm club member in the off-season, was a dual winner and remained undefeated on the year. She won the 100 freestyle in 54.59, nearly three seconds ahead of the next athlete, and handily won the 100 backstroke in 1:01.27.

The Cougars’ depth kept the meet close. While Shakopee had the first-place swimmer in the 200 freestyle, Lakeville South earned nine points as its swimmers were second through fourth. Sophomore Kamela Flottemesch took second with 2:10.38, junior Lauren Hanback was third in 2:15.15 and just out touched freshman Maren Germann, whose time was 2:15.33.

While South wasn’t able to take first in any relays, the Cougars managed a two-three punch on both the 200 medley and the 200 freestyle races. Leverenz anchored the second-place 200 medley relay, partnering with senior Moira Croghan and juniors Maddy Reteliff and Laura Cochran. Their time was 1:59.18. Clemon anchored the third-place relay with sophomore Ava White and freshmen Kelsey Jorgensen and Kayla Gross. They snatched two team points by finishing with in 2.04.65.

In the 200 freestyle relay, Cochran and White paired with freshman Bree Biehn and senior Jacquelyn Luer for second in 1:51.57. They were just ahead of Hanback and Flottemesch, who paired with freshmen Jane Stiers and Annisa Nguyen for third in 1:51.99.