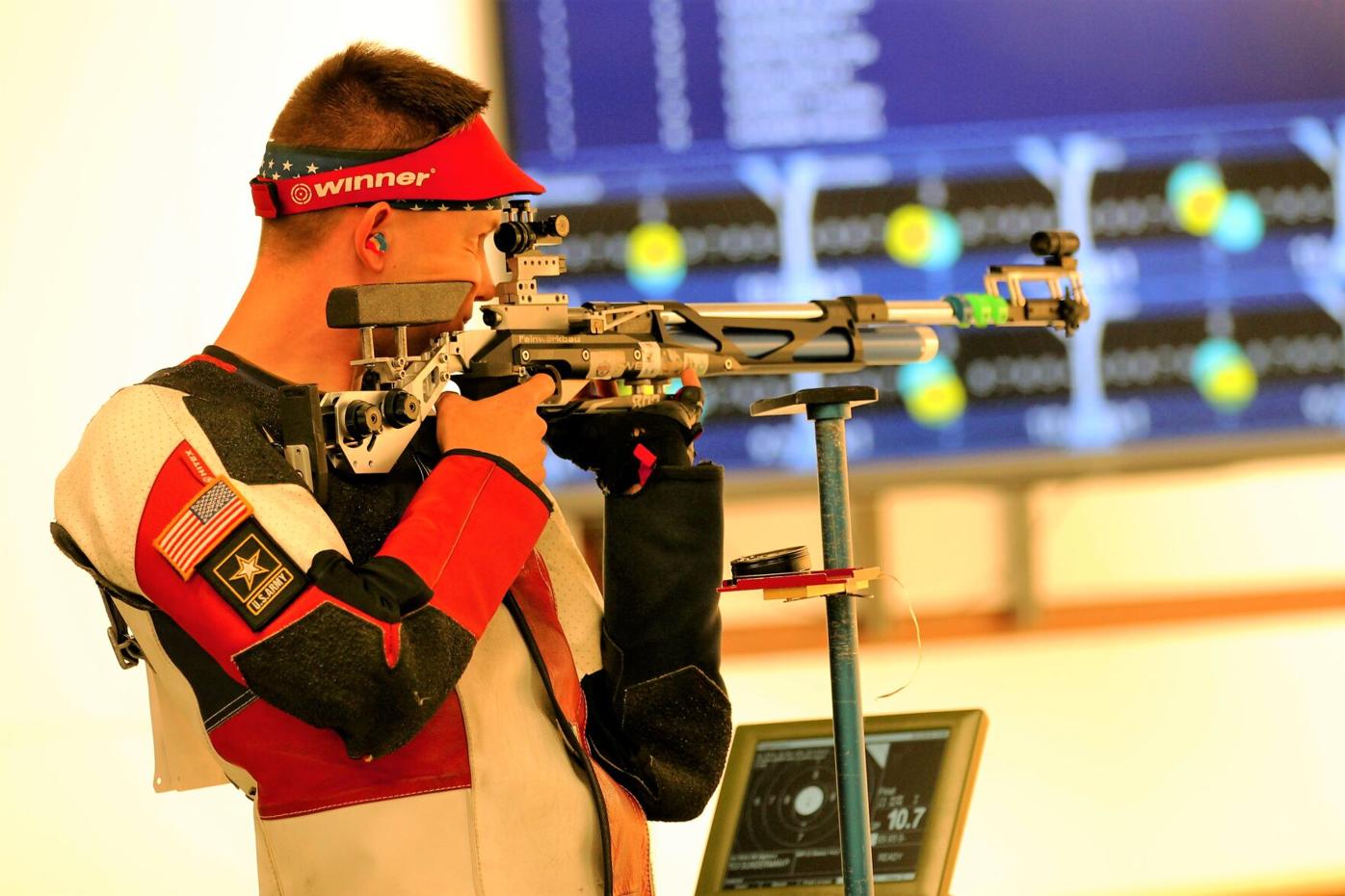 Patrick Sunderman of Farmington will be in the Olympic 50-meter men's three-position rifle competition Aug. 2. 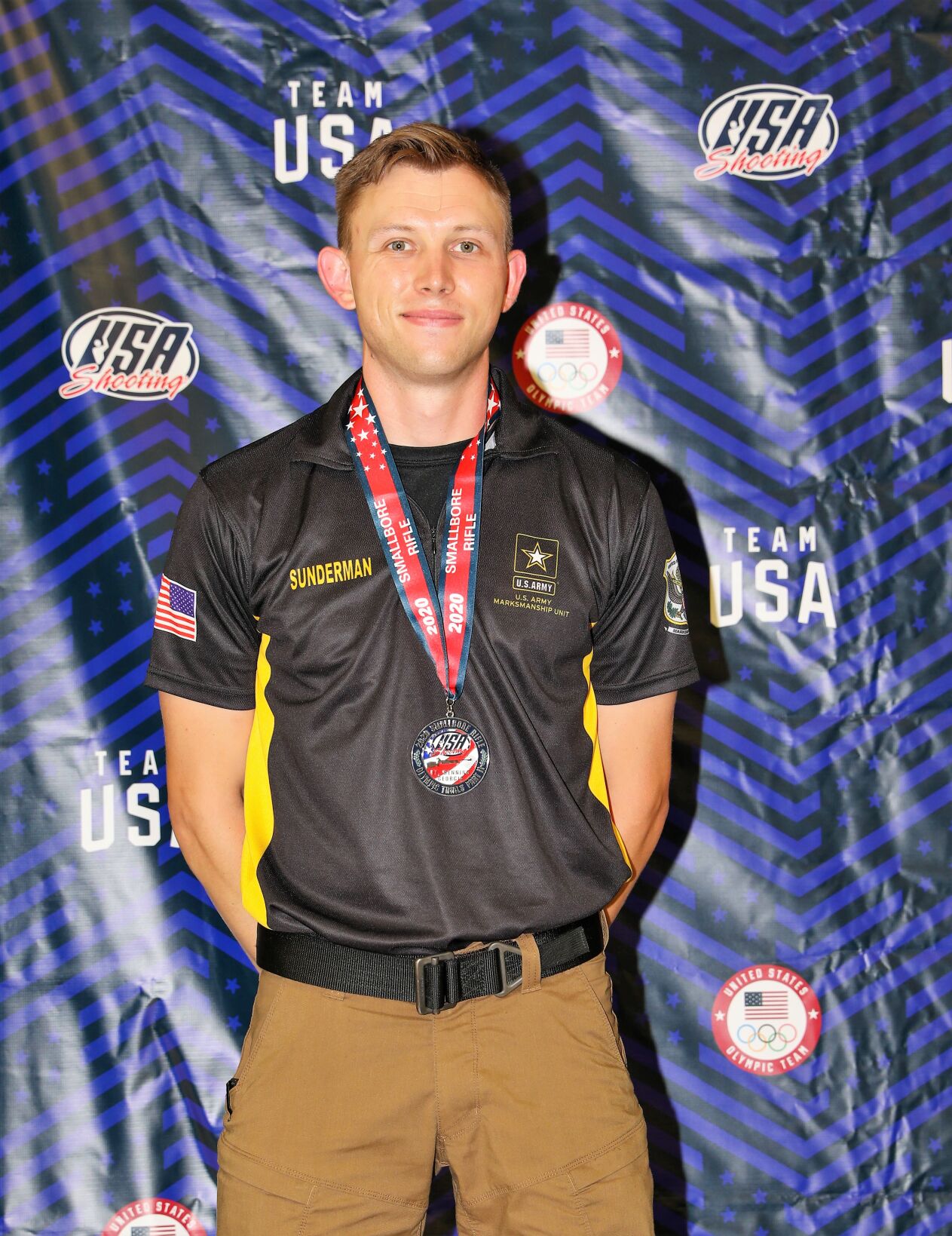 Patrick Sunderman of Farmington will be in the Olympic 50-meter men's three-position rifle competition Aug. 2.

Sunderman was multi-sport athlete before concentrating on marksmanship

As is the case for many international athletes, Patrick Sunderman’s road to the Olympics started with a supportive family back home.

However, it wasn’t a matter of putting a basketball or hockey stick in his hands, or pointing him to a local track. Sunderman was a multi-sport athlete as a youth but eventually his eye for marksmanship was obvious. His parents started scouting local rifle ranges where he could hone his rapidly developing skill.

“I swam and ran cross country at Farmington High School,” said Sunderman, who will compete in the Olympic men’s 50-meter three-position rifle event Aug. 2. “I liked baseball too, although I never played for the high school team.

“My dad (Mike) found me places where I could shoot. We learned together and probably butted heads a few times because I thought I was better than I really was. But he always supported me.”

Sunderman’s mother Linda and sister Christina also helped with the journey that took him to West Virginia University, where he was a member of four national championship teams, and ultimately to the U.S. Army Marksmanship Unit.

“Farmington was a huge part of getting me to where I am now,” Sunderman said Monday from Fort Benning, Georgia, where he has been stationed since reporting for active duty five years ago. “And without my family, none of this would have ever happened.”

Sunderman was finishing some duties on the base this week before leaving for Tokyo on Friday. The U.S. has 20 qualifiers for shooting events in Tokyo, and five of them are in the Army Marksmanship Unit (six other members of the USAMU are Olympic alternates).

While it’s the first Olympics for Sunderman, 26 and an Army sergeant, he has plenty of experience in national and international competition. Earlier this year he earned his first international medal at the ISSF World Cup in New Delhi, India. He has won gold medals in several Civilian Marksmanship Program, American Smallbore Shooting Association and National Rifle Association national championships.

Sunderman, a 2012 Farmington High School graduate, joined the West Virginia Army National Guard in 2012 upon beginning his college studies. About halfway through his college career he began viewing the Olympics as a possibility and believed the Army could help him get there. He went on active duty after graduating from West Virginia with a sports psychology degree.

“When I was offered a spot on the Army Marksmanship Unit, for me it was a no-brainer,” he said. “I was already interested in serving the country, and I thought it was also my best chance of qualifying for the Olympics.”

Sunderman locked up his spot on the team by taking first in the USA Shooting Smallbore Olympic Trials, which concluded in late May in Fort Benning. He won by eight points after trailing by 10 after the first part of the Trials held in October 2019.

The Trials were intended to be a two-part competition; what wasn’t planned was the nearly 600-day break between phases. COVID-19 caused that, of course.

“It was definitely an unusual situation, and a challenge to prepare mentally,” he said. “I looked at it as an opportunity to work on some things I thought I could improve.”

Sunderman found himself drawn to shooting’s dual challenge as a highly technical sport with a major mental aspect. “Nothing’s ever going to be perfect,” he said. “Errors matter. The goal is always to reduce them.”

He hopes he’s just getting started on a long international competition career.

“In this sport your career can go on much longer than what you see in some other sports,” Sunderman said. “What usually causes people to stop are physical issues that prevent them from shooting at the level they’re used to, but that happens much later than it does in other sports.”

Sunderman has a six-week promotion school to attend after returning from the Olympics, and after that it’s back to competition.

“The promotion school has been planned for a while, so I’ll have about a month-and-a-half break,” he said. “Then I’ll be going back full-force. The thing about this sport is you have a lot of matches. It can keep you pretty busy.”

Which is the way he wants it. His goal post-Olympics is to continue the path he’s already taken, with hopes of qualifying again in 2024, and perhaps beyond.

Sunderman and his wife Emily married two years ago, and the Army figures to be part of their lives well into the future. Asked how long he intended to continue his Army and shooting careers, Sunderman’s response was definitive.

“As long as I possibly can.”