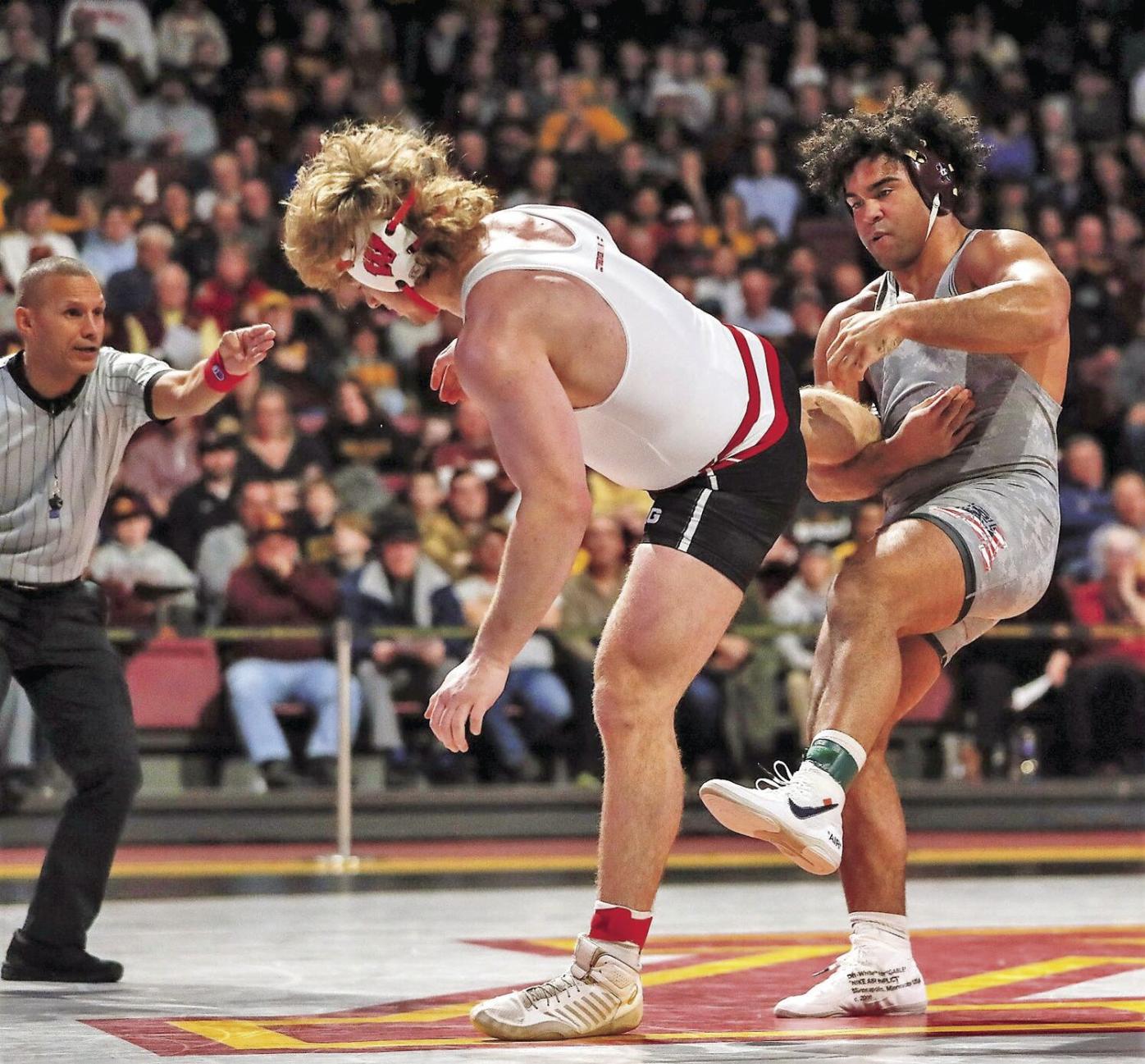 Gable Steveson goes for a takedown against a University of Wisconsin wrestler during a match from the 2019-20 season. Steveson, a University of Minnesota junior and four-time state high school champion at Apple Valley, recently won a match against the nation’s top-ranked wrestler at 125 kilograms. 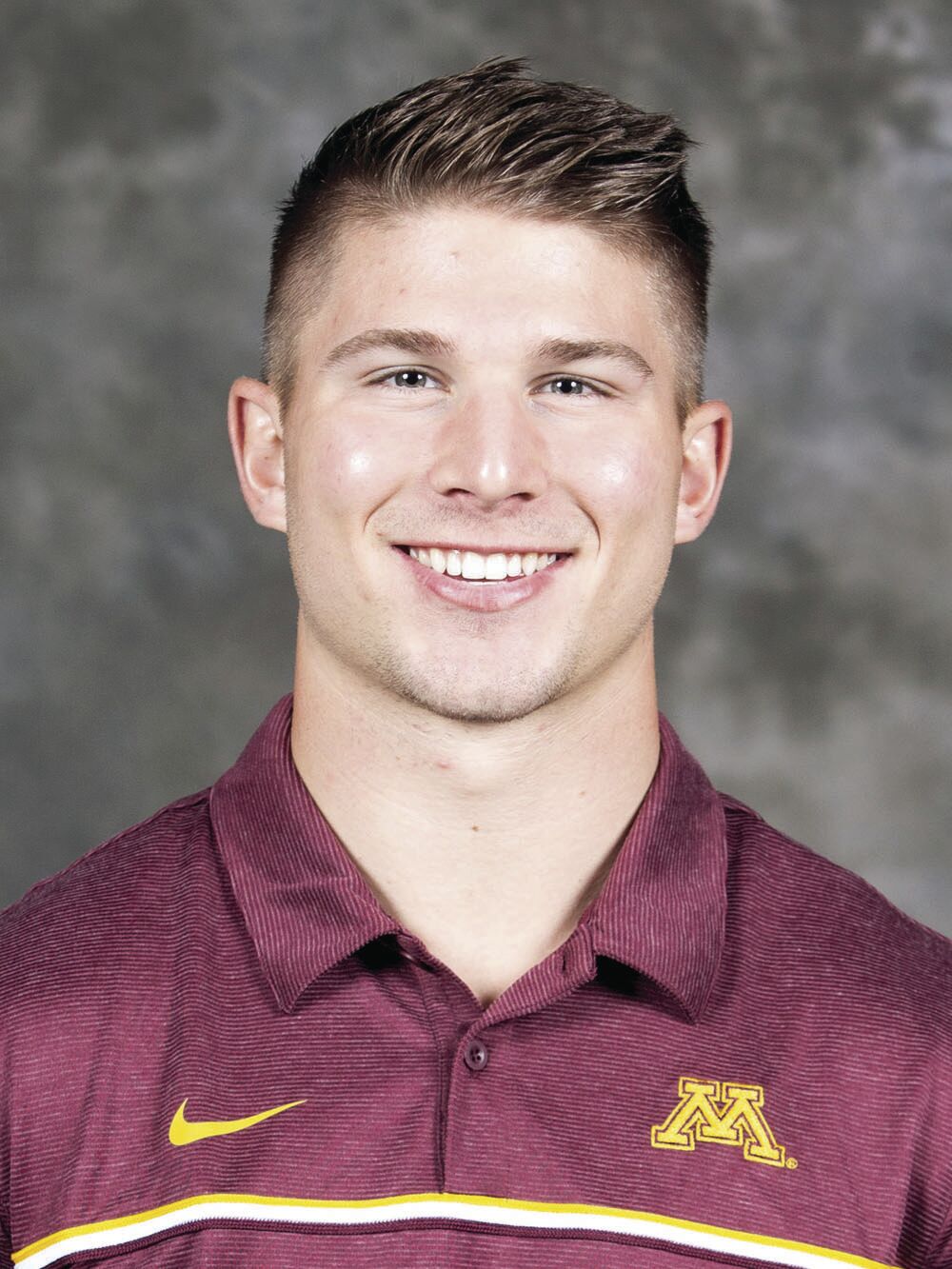 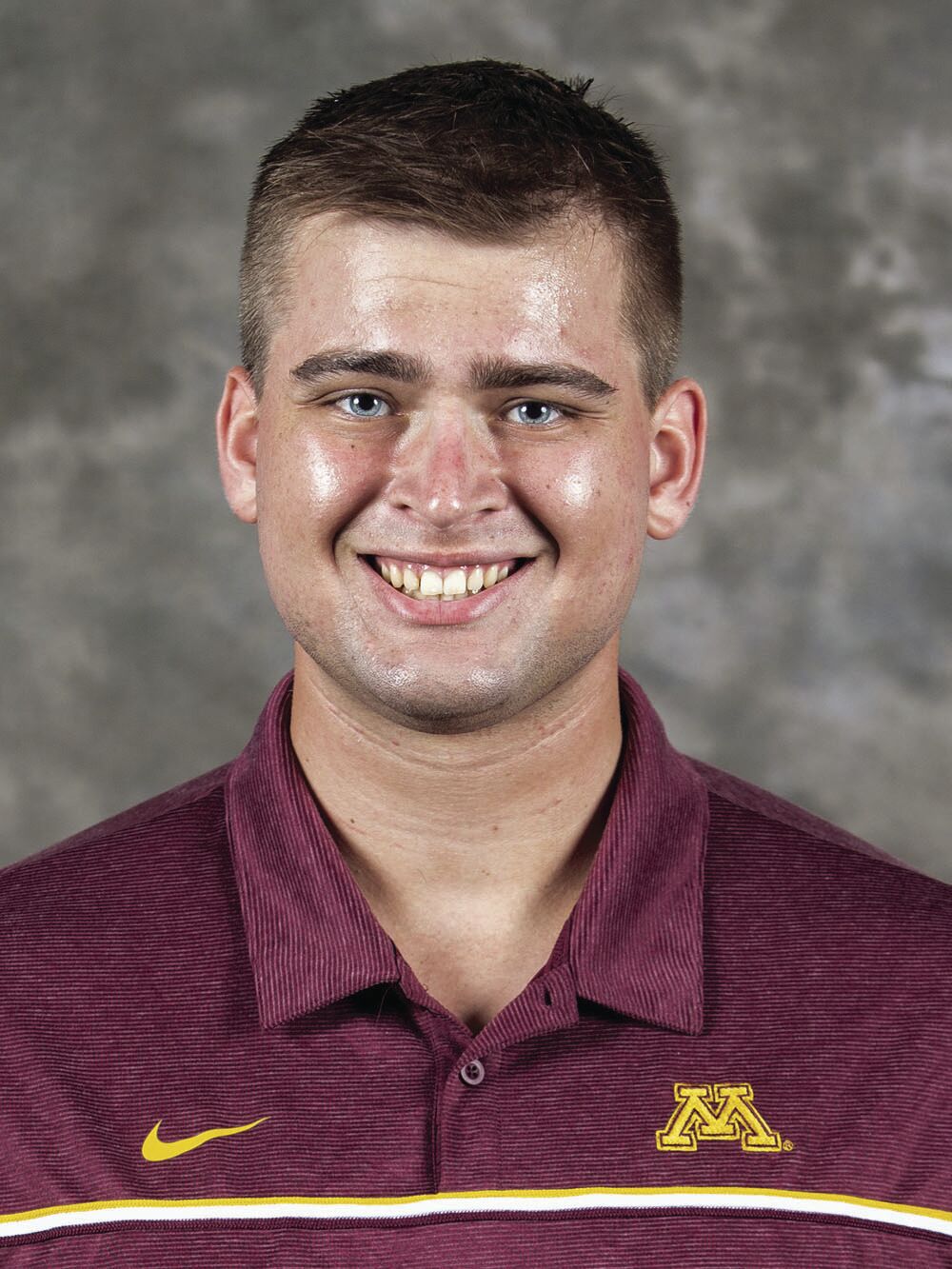 Gable Steveson goes for a takedown against a University of Wisconsin wrestler during a match from the 2019-20 season. Steveson, a University of Minnesota junior and four-time state high school champion at Apple Valley, recently won a match against the nation’s top-ranked wrestler at 125 kilograms.

If Gable Steveson hadn’t already established himself as a contender for the 2021 U.S. Olympic wrestling team, there’s no doubt he’s in the mix now.

The Apple Valley High School graduate and University of Minnesota junior won one of the featured matches at the RTC Cup on Dec. 4 in Cincinnati, Ohio. He defeated two-time NCAA champion Nick Gwiazdowski 4-1 at 125 kilograms.

Gwiazdowski went in ranked first in the country at 125kg and will be the No. 1 seed at the U.S. Olympic Trials in April. He defeated Steveson twice by criteria in 2019 to earn a spot in the World Championships.

The RTC Cup is a team tournament with wrestlers representing six of the country’s top regional training centers. Steveson competed for the Gopher Wrestling Club, which consisted of current University of Minnesota wrestlers and several Gopher alumni.

Because of uncertainty caused by COVID-19, Minnesota’s 2020-21 wrestling schedule hasn’t yet been announced. When the season begins, Steveson will look to build on a 50-2 collegiate record. He finished third at the 2019 NCAA Championships and was the top seed at 285 pounds going into the 2020 tournament that was canceled because of the pandemic.

Also competing at the RTC Cup was former Apple Valley wrestler Seth Gross, who defeated former U of M wrestler Zach Sanders 12-4 at 57kg. Gross, wrestling for South Dakota State, won an NCAA championship at 133 pounds in 2018 and finished second the year before. He wrestled for Wisconsin in the 2019-20 season as a graduate transfer, qualifying for the NCAA tournament, and will be an assistant coach at Wisconsin in 2020-21 while preparing for the Olympic Trials.

The Gophers were reported to be missing as many as 33 players – approximately 30 percent of the roster – for the road game. They had not played the previous two weeks because of COVID-19 concerns.

Nathan Boe, a redshirt sophomore from Lakeville North, played center against Nebraska in his first college start. He had played in four other Minnesota games in 2020 and appeared in two games in 2019.

Clay Geary, a redshirt senior from Lakeville South, has played mainly on special teams in his Minnesota career, but saw extensive time at wide receiver against Nebraska, catching four passes for 32 yards. Before the Nebraska game, he had two catches for 25 yards in his Gophers career.

Bryce Benhart, a member of Lakeville North’s 2018 state Class 6A championship team, started at right tackle for Nebraska. Benhart played three games in the 2019 season but still was able to count it as a redshirt season. He has started every game for the Cornhuskers (2-5) this year.

Rosemount’s Jake Ratzlaff, who helped the Irish finish 6-0 and win a section championship, is one of 10 finalists for the 2020 Mr. Football Award.

The award is sponsored by the Minnesota Vikings and Minnesota Football Coaches Association. Ratzlaff is a candidate to be the second Rosemount player to win the award since it was established in 2004; Zach Vraa won in 2009.

Ratzlaff played safety and tight end for the Irish in his senior year. On defense, he had 70 tackles, three sacks and three interceptions, and returned a fumble and interception for touchdowns. He also caught 10 passes for 208 yards and three touchdowns.

Ratzlaff is expected to sign with the University of Wisconsin on Friday, the first day of the early Division I football signing period.

Other finalists for the Mr. Football Award are Shea Albrecht of Orono, Joe Alt of Totino-Grace, Cameron Anderson of Blue Earth Area, Trey Feeney of Moorhead, Nick Flaskamp of Minneapolis Southwest, Marcus Hansen of Waseca, Eli Mau of Chanhassen, Garrison Soliday of St. Thomas Academy and Adam Tonsfeldt of Barnesville. The coaches association has not yet announced when the award will be presented.