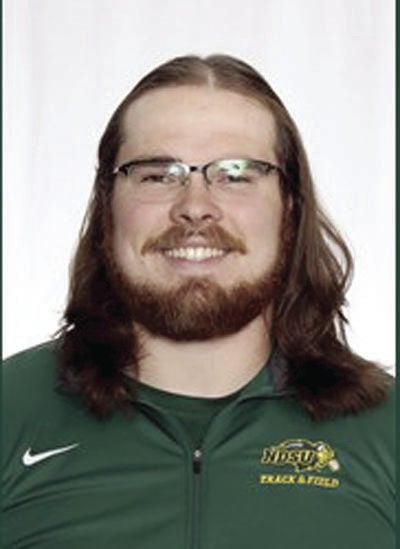 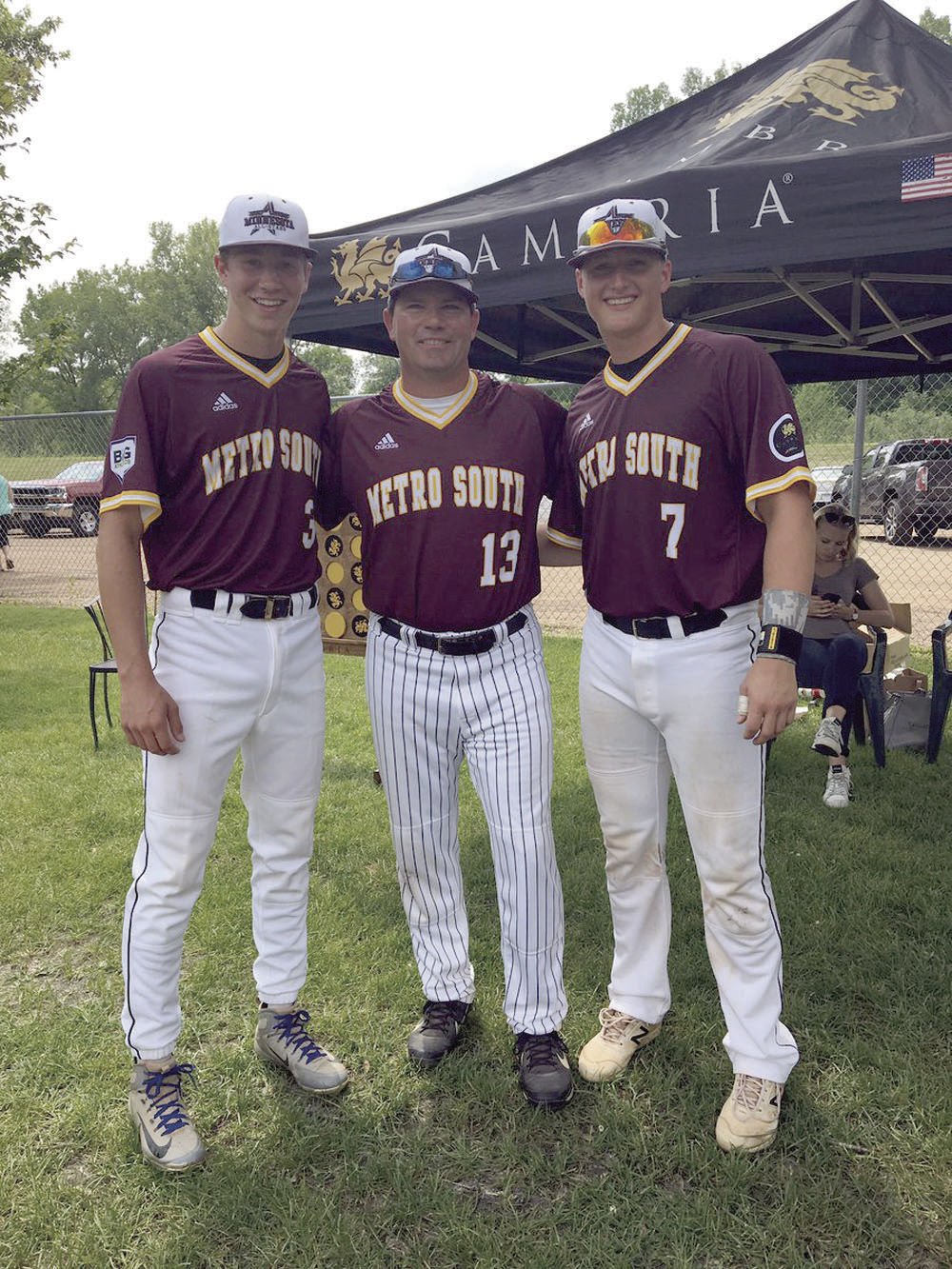 Kyle Nelson (left) and Brandon Selchow (right) represented Eastview in the Minnesota High School All-Star Baseball Series last weekend in Chaska. They are pictured with Eastview assistant coach Mark Groebner, who was a coach for the Metro South All-Stars. Selchow was named MVP of the Metro South team.

Kyle Nelson (left) and Brandon Selchow (right) represented Eastview in the Minnesota High School All-Star Baseball Series last weekend in Chaska. They are pictured with Eastview assistant coach Mark Groebner, who was a coach for the Metro South All-Stars. Selchow was named MVP of the Metro South team.

The Prefontaine Classic is one of the top outdoor meets in the United States and draws an international field of athletes. In the mens’ shot put, four competitors were from the U.S., two were from Poland and there was one each from Brazil, New Zealand and the Czech Republic.

Otterdahl’s next event is expected to be the USA Track and Field National Championships in late July in Des Moines, Iowa. He also is scheduled to begin student teaching in the Fargo area in the fall.

Zach Selchow of Eastview was one of the standouts of the Minnesota High School All-Star Baseball Series last weekend in Chaska.

Selchow was named MVP of the Metro South team, which won one of its three games to finish fourth in the six-team tournament.

He had a big day in Metro South’s 13-1 victory over the South All-Stars last Friday, going 4-for-5 with three runs batted in and one run scored. He had two hits and three RBI in the third inning alone, getting a two-run double and one-run single as Metro South sent 15 batters to the plate and scored 10 runs.

Adam Weed of Farmington was 2-for-3 and scored three runs in the Metro South victory. Weed, who had to sit out the high school regular season because of a knee injury sustained during football season, will play baseball at the University of Illnois-Chicago.

Matt Bergom of Eagan pitched three innings against South and singled in his only at-bat. Caleb Hoeft of Apple Valley was 1-for-2, Zach Andreason of Burnsville was 2-for-2 with one RBI, Kyle Nelson of Eastview walked and scored a run, Brandon Hugo of Burnsville drove in one run. Brady Bean of Farmington had a single and two walks, and scored two runs. Burnsville’s Cade Marsolek was 1-for-3 with two RBI and one run scored. Gavin Baker of Lakeville North scored as a courtesy runner and Devon Schewe of Lakeville North also appeared in the Metro South victory.

Metro South lost to Metro East 2-0 in its first game of the All-Star series. Baker had two of Metro South’s five hits, and Selchow and Andreason had one hit each.

Metro West defeated Metro South 13-10 in the third-place game Saturday. Metro South trailed 8-0 in the second inning, then rallied to tie it 9-9 in the sixth before Metro West pulled away again.

The North All-Stars were 3-0 in the series and defeated Metro East 4-2 in the championship game Saturday.

Tee times for the 36-hole tournament start at 1 p.m. Tuesday and 7:30 a.m. Wednesday. This year will be the first time the event has been held at Valleywood.

There’s a new date for the Lakeville North Panther Athletic Hall of Fame induction banquet. It will be Sunday, Nov. 10, at Crystal Lake Golf Course. In years past, the ceremony had been held in mid-July.

The Panther Athletic Hall of Fame was established in 2005 and has inducted a class every year since. The 2019 inductees will be announced later this summer.

Ticket information is available at lnhspanthers.com/halloffame.