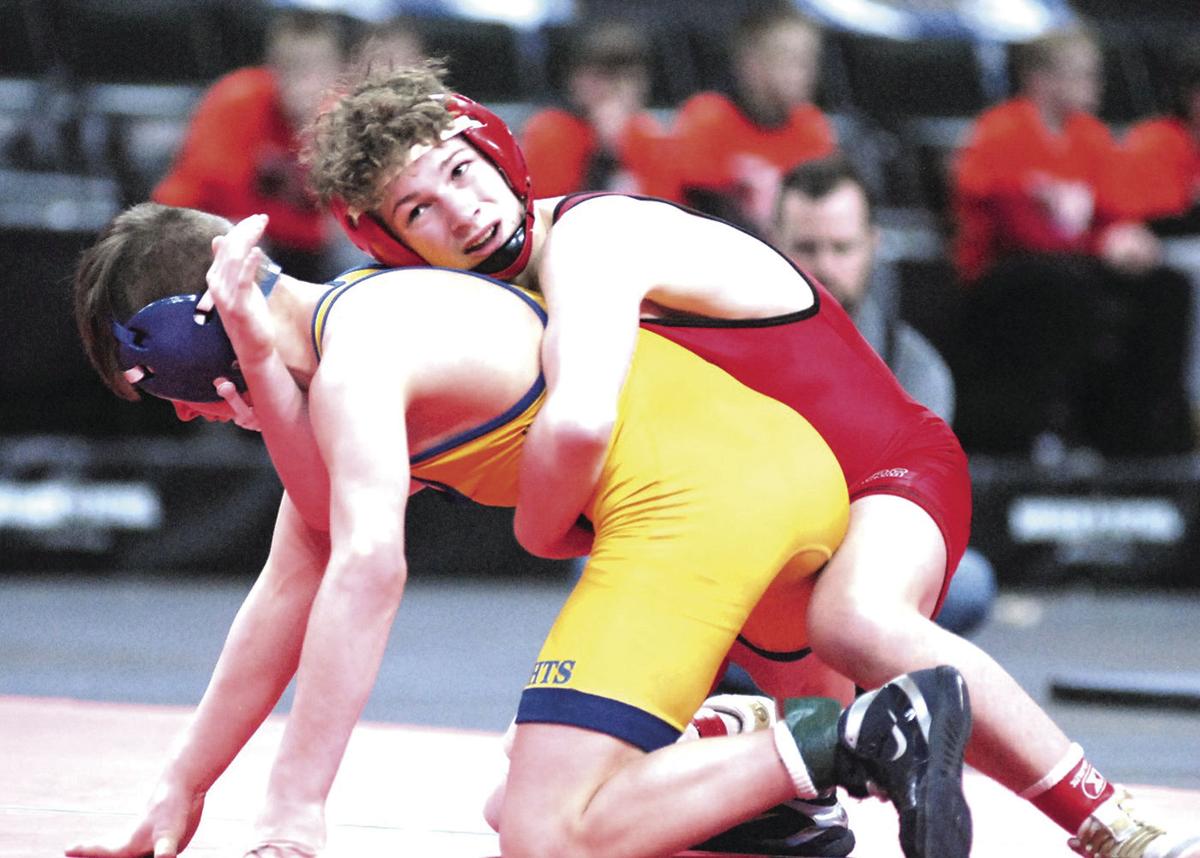 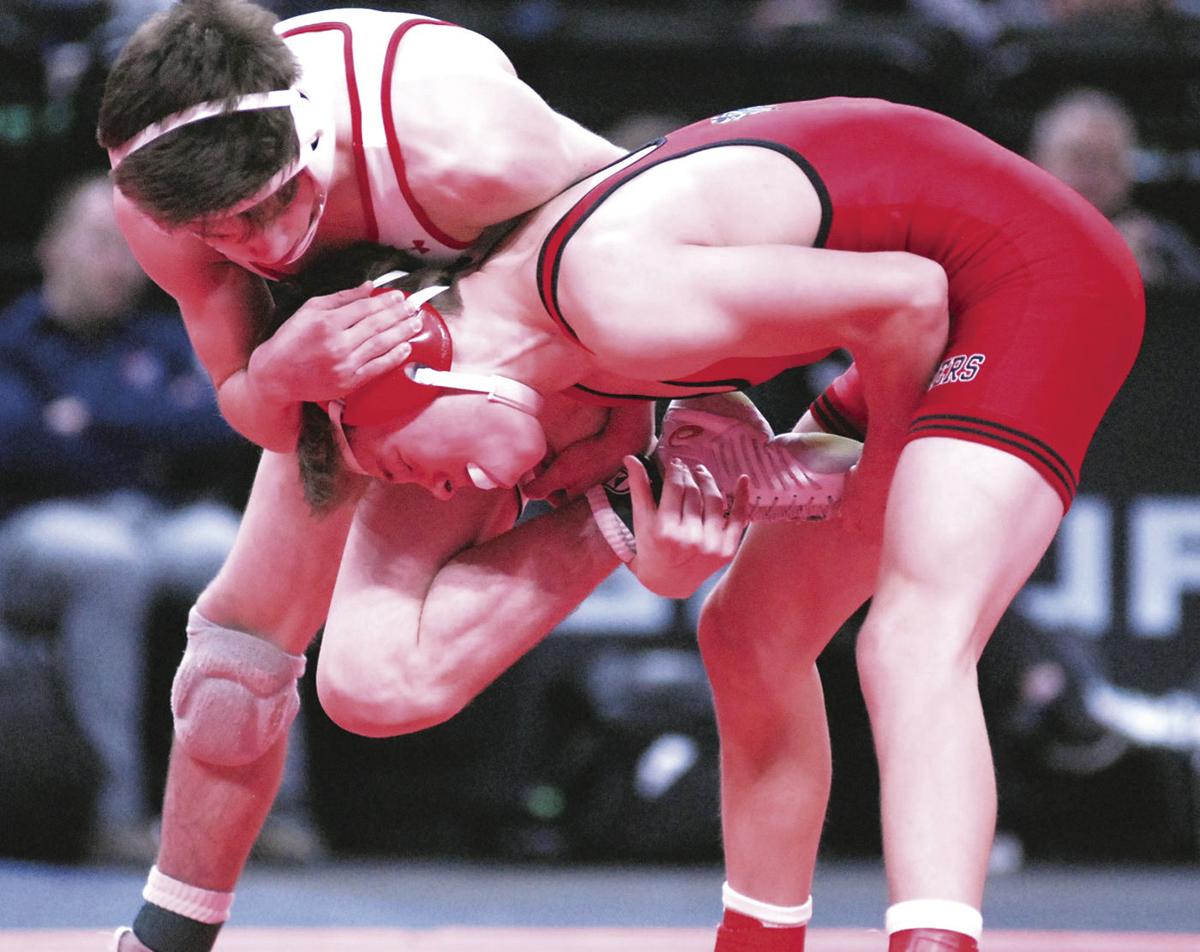 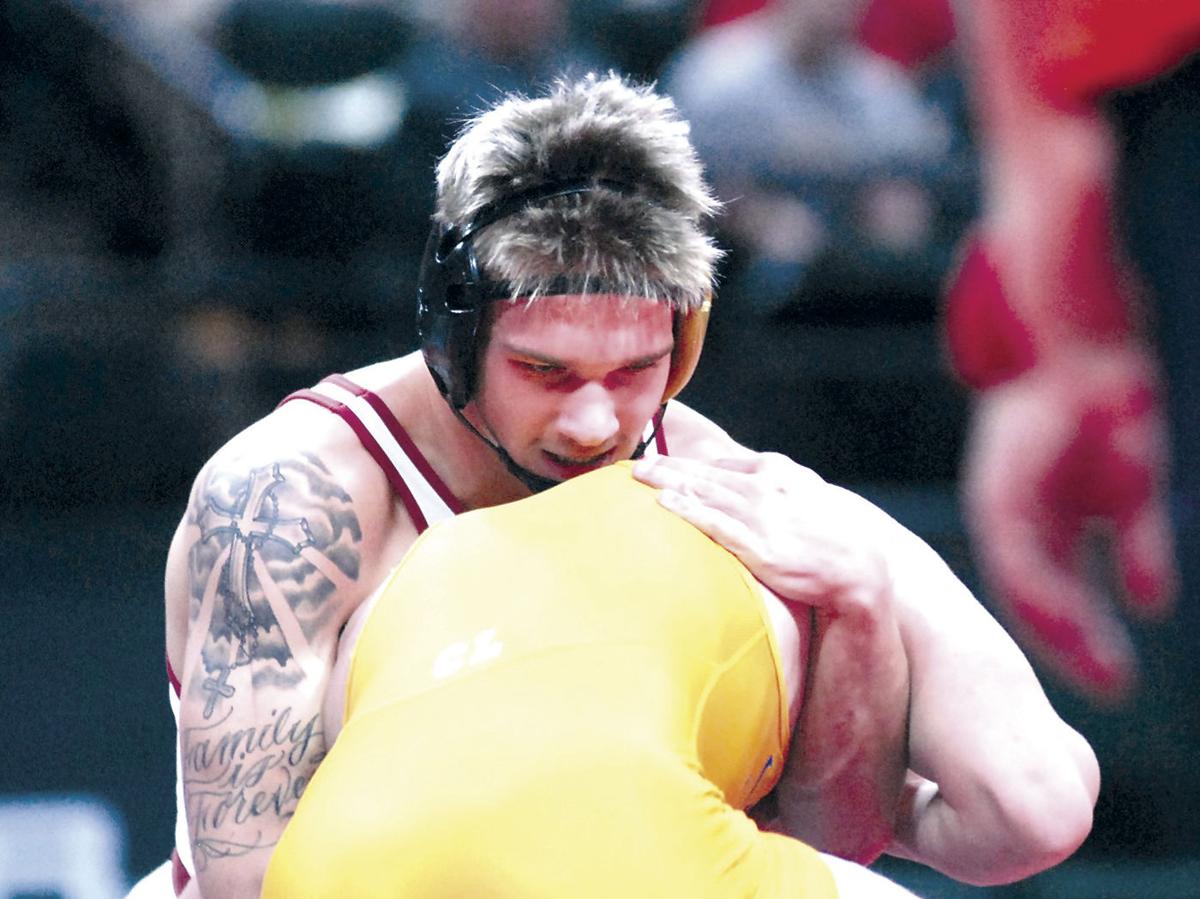 Lakeville South senior Willie Bastyr earned a medal in the Class 3A 152-pound tournament for the third consecutive year. Bastyr, who was defending champion, placed third this year.

Lakeville South senior Willie Bastyr earned a medal in the Class 3A 152-pound tournament for the third consecutive year. Bastyr, who was defending champion, placed third this year.

Losing in the state championship match last year crystallized Jore Volk’s goals for this season. Now it will do the same for Zach Hanson.

Volk, a Lakeville North sophomore, won the Class 3A wrestling championship at 106 pounds Saturday at Xcel Energy Center, 12 months after he reached the state final and lost.

“As soon as I lost that one last year, (winning the state title) was my biggest goal,” Volk said. “I told myself I wanted to be a state champion next year and I put in the work every single day to make sure that happened.”

After finishing second at 113 pounds Saturday, the goal for Hanson, a North freshman, is making “some of those minor improvements that every good wrestler needs to keep pushing himself farther,” he said.

Volk and Hanson were among six Lakeville wrestlers – three from North and three from South – to compete in last week’s state tourney as the community boosts its profile in the sport.

The presence of Shakopee, which has won the last two Class 3A team championships, in the same section makes it difficult for either Lakeville team to get through. Individually, however, the Panthers and Cougars made their presence known.

In one of the first matches of the state finals Saturday, Volk defeated St. Michael-Albertville seventh-grader Landon Robideau 3-2 for the Class 3A 106-pound title. Volk scored the only takedown of the match in the first period and held the lead to the end.

Volk (45-1), who’s ranked eighth nationally at 106 by InterMat, never trailed in any of his state tournament matches. He won his first two by major decision and technical fall before earning a 3-2 decision over Park of Cottage Grove sophomore Zachary Silvis in the semifinals.

Robideau had a 3-2 semifinal victory over Koy Buesgens of New Prague, who handed Volk his only loss of the season in the Section 2 finals.

Hanson (43-5) saw a familiar opponent in his championship match. He lost 7-1 to Shakopee junior Blake West, who also defeated Hanson in the Section 2 finals one week earlier. West (51-1) was responsible for four of Hanson’s five losses. Two of the matches were decided by 1-0 scores.

It’s the first state medal for Hanson, who qualified for the 2019 tourney but didn’t place.

He saw some positives in his loss to West.

“That was the closest I’ve come to scoring (a takedown) on him all year,” he said.

He won his first two matches at state by major decision and fall before edging Wayzata freshman Calvin Lonnquist 1-0 in the semifinals. Hanson’s escape 22 seconds into the second period was the only scoring in his match with Lonnquist.

After winning national folkstyle, freestyle and Greco-Roman championships in the 14U age group in 2019, Hanson said he came into the high school season with additional confidence and determination.

“It was mainly a confidence thing, and I got a lot bigger,” he said. “Last year if I was losing in a match, say like I was to West, I would have broken down on tears right on the mat and just given up. This year I’ve been down in a couple of matches and got through it.”

Volk and Hanson expect to pursue much the same training and competition schedule as last summer, although both said they expect to get bigger. Volk likely is moving up in weight next season – “I’m done at 106. I’ll never see that again,” he said – and Hanson could move up a weight class or two as well.

Last summer Volk won freestyle and Greco-Roman championships in his weight class at the U.S. Marine Corps Junior and 16U Nationals in Fargo, North Dakota. He intends to go back, and Hanson also wants to go to Fargo as he will be old enough to qualify for the tourney.

In November, they will return as leaders on Lakeville North’s team.

Lakeville North senior Gavin Roy lost to Ryan Luthi of Moorhead 9-3 in a first-round Class 3A match at 145 pounds. Luthi lost his next match, which knocked Roy out of the wrestlebacks and ended his season at 36-14.

Lakeville South senior Willie Bastyr earned a medal in the state Class 3A 152-pound tournament for the third consecutive year.

Bastyr, who was the defending champion, defeated Chase Bloomquist of Prior Lake 3-2 in the third-place match Saturday, with an overtime escape proving to be the difference.

Bastyr’s attempt for back-to-back championships ended in another overtime match, when he lost to Stillwater’s Hunter Lyden 3-2 in the semifinals. An escape by Lyden in the second overtime got him the victory, and he went on to win in the finals.

In earlier rounds, Bastyr won by technical fall over Pee Doh of Roseville and earned a 2-0 decision over Garrett Pavelko of Rochester Century. Bastyr beat Jimmy Brown of Cambridge-Isanti 3-1 in his first wrestleback match.

This was the fourth consecutive year Bastyr qualified for state. After not placing in 2017, he finished fourth, first and third the next three years. He was 133-23 the last four seasons.

Also competing at state for South were seniors Ryan Cripe (138) and Jaden Dukes (170).

Cripe finished sixth in his weight class, earning a medal and capping a 41-12 season. He won three of his six matches, including victories by fall in his first match and the second round of wrestlebacks. Cripe lost to eventual champion Cael Swenson of Wayzata 10-3 in the second

round. Kieler Carlson of Stillwater defeated Cripe 4-2 in the fifth-place match.

Dukes (28-8) finished sixth at 170, winning three of his six matches at state. He defeated Tyler McReavy of Minnetonka 8-6 in the first round and scored a reversal late in the third period to beat Chase Vought of Farmington 8-7 in the wrestlebacks, which kept alive Dukes’ hopes for a state medal.

This was the first appearance at state for Cripe and Dukes.