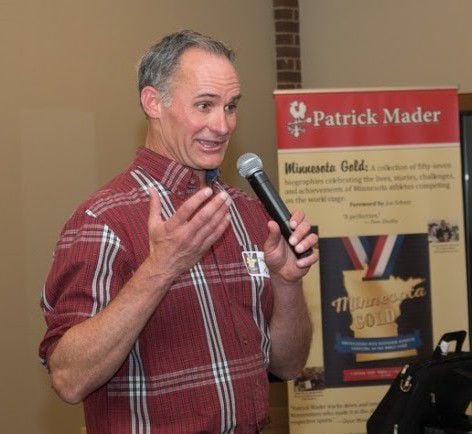 Patrick Mader speaks at a promotional event for his first sports book, "Minnesota Gold," which was released in 2015. A second volume, with new Minnesota sports figures as the subjects, is available now. 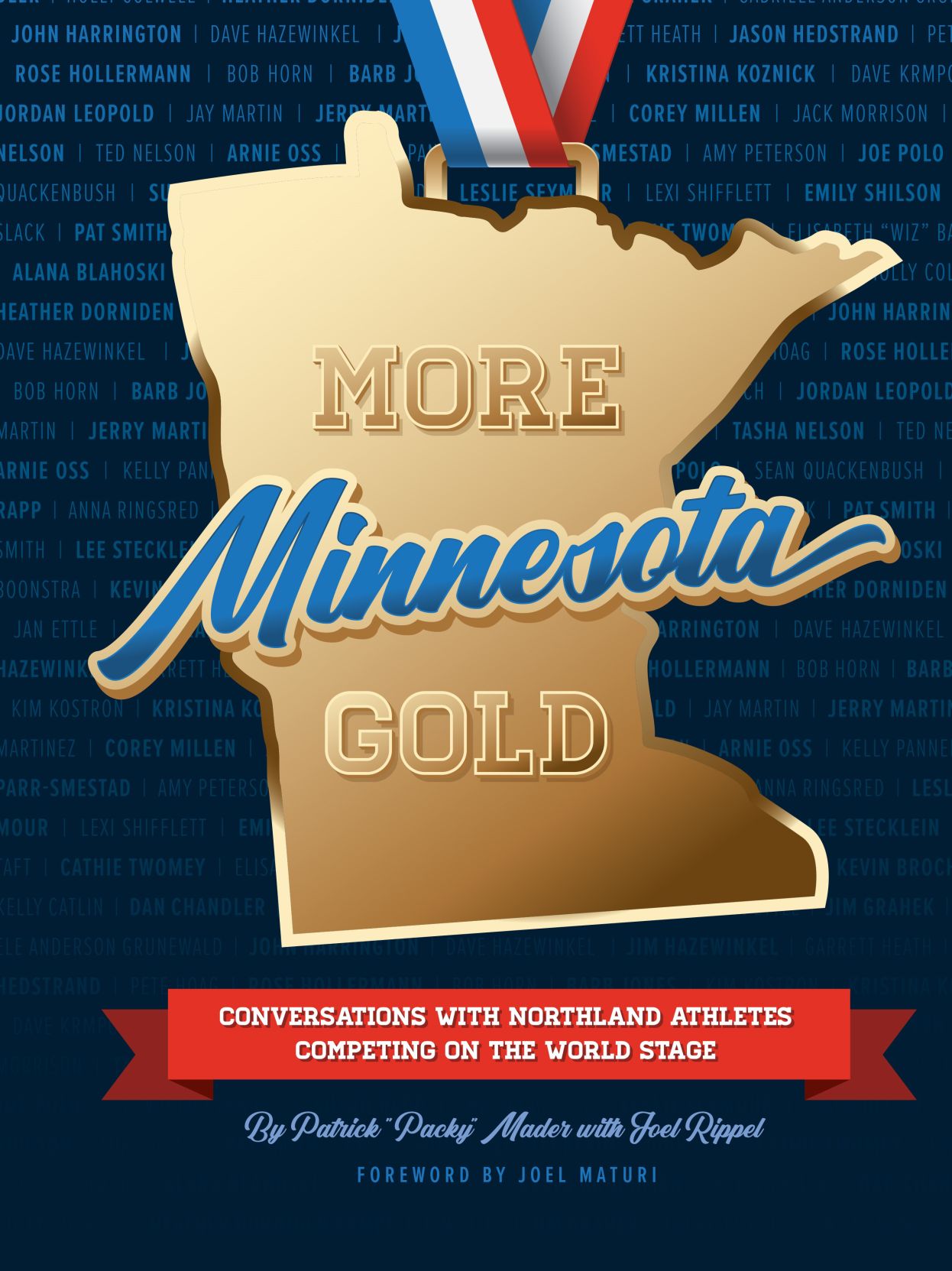 Patrick Mader speaks at a promotional event for his first sports book, "Minnesota Gold," which was released in 2015. A second volume, with new Minnesota sports figures as the subjects, is available now.

More than 300 athletes from Minnesota have competed in the Summer and Winter Olympics.

To Patrick “Packy” Mader, that means there’s still a lot of work to do.

The Northfield author recently released his second book devoted to profiling nationally and internationally prominent athletes from Minnesota. Thousands of hours of interviews and research went into “More Minnesota Gold: Conversations with Minnesota Athletes Competing on the World Stage,” a sequel to “Minnesota Gold,” released in 2015.

Mader has interviewed 108 athletes for the two books. The majority have competed in at least one Olympics, while others have been U.S. Olympic alternates, Paralympians and World Championships qualifiers.

Mader said he couldn’t have found a more cooperative, forthcoming group to work with.

“Out of the 108 athletes, I think 100 agreed on the first try,” Mader said. “A few agreed on the second or third try, and there were some who are modest about their own accomplishments and recommended I interview their teammates.”

Smith, an 18-year-old Lakeville North High School senior, is the youngest athlete interviewed for the second volume of Minnesota Gold.

Smith is “level-headed, quiet, modest and very intelligent. She’s kept everything that’s going on around her in perspective, which is impressive for somebody her age,” Mader said.

“Wiz Bachman is a unique athlete. She was a three-sport athlete in high school (Lakeville), but an unusual combination – volleyball, Nordic skiing and track.”

The subjects cover a variety of sports and generations, all the way up to 92-year-old Arnie Oss, a Minneapolis native who played on the silver medal-winning U.S. Olympic hockey team in 1952.

Mader and editor Joel Rippel now have produced two 400-page coffee table books filled with photos and anecdotes. Six to 12 pages are devoted to each subject.

Mader was an elementary school teacher for 35 years. He wrote four children’s picture books before deciding to take his publishing career in another direction.

“I was canoeing the entire BWCA between Lake Superior and Voyageurs (National Park),” Mader said, “and I started wondering if any Minnesota athletes had ever canoed in the Olympics.”

He found one – Wayzata native Angus Morrison, who competed in the 1972 and 1976 Olympics. Morrison is featured in the first volume of Minnesota Gold.

There likely will be a third volume, although perhaps not for a while. Mader said he spends 30 hours or more researching, interviewing and writing each chapter. The first book took four years to write, partly because Mader still was working full-time for the first two. He finished the second volume in two years after falling into a routine.

He had several appearances scheduled to talk about the book that have been postponed because of the coronavirus outbreak. Some local bookstores, once they reopen, will have copies of the second volume, otherwise they can be ordered through the author’s website, www.patrickmader.com.