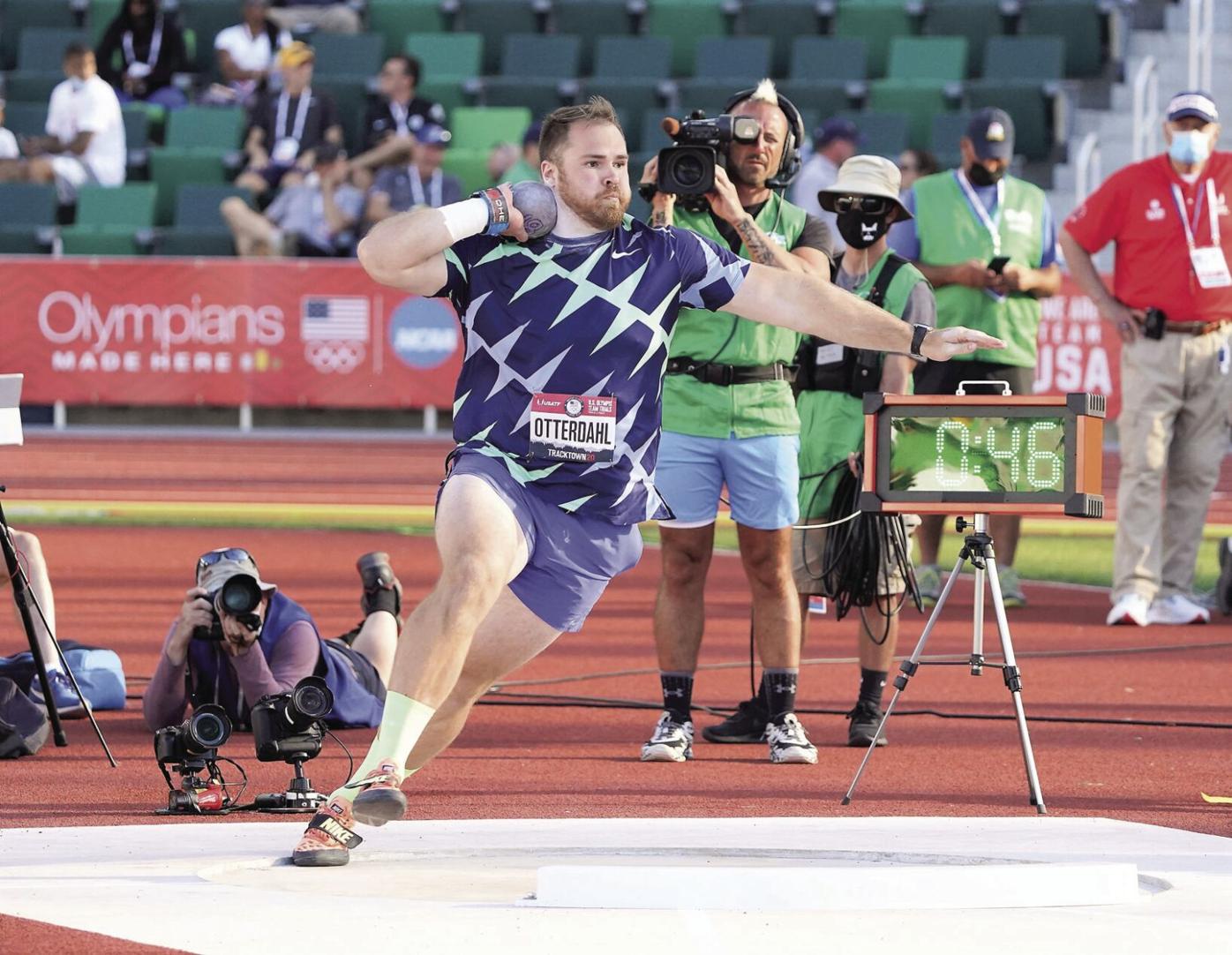 Rosemount native Payton Otterdahl had a personal-record 71 feet, 11 inches in men's shot put at the U.S. Olympic Trials in June in Eugene, Oregon. Otterdahl finished third to earn a spot on the U.S. team for the Tokyo Olympics. 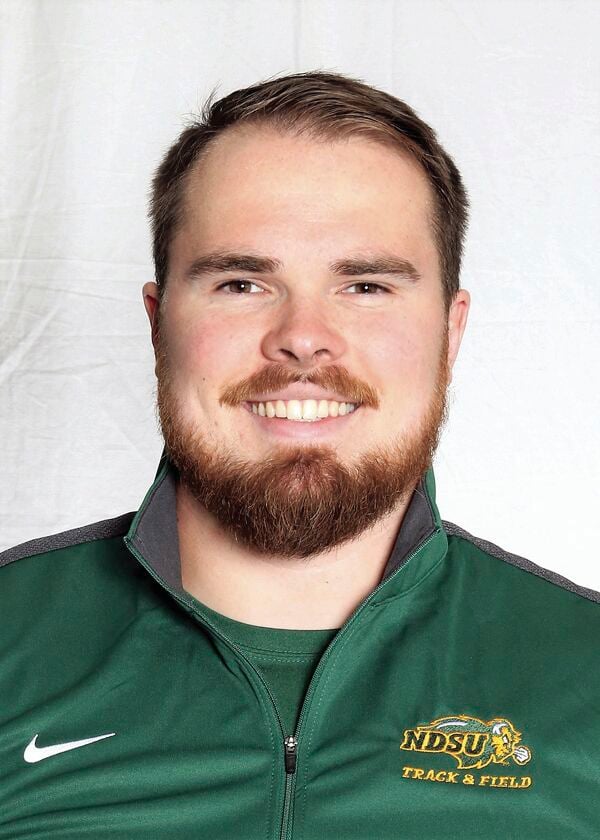 Rosemount native Payton Otterdahl had a personal-record 71 feet, 11 inches in men's shot put at the U.S. Olympic Trials in June in Eugene, Oregon. Otterdahl finished third to earn a spot on the U.S. team for the Tokyo Olympics.

Payton Otterdahl believes track and field is entering a golden era, and he wanted to be part of it.

Starting with the Tokyo Olympics, the Rosemount native and U.S. team qualifier in shot put could get numerous chances to compete in front of worldwide audiences.

“The next decade is going to be a big one for track and field,” said Otterdahl, who earned his Olympic berth by finishing third in shot put at the U.S. Trials in June. “We have the Olympics this year and the world championships the next two years (the 2022 worlds will be held in the United States for the first time).

Otterdahl, 25, won both throwing events at the Minnesota Class AA high school meet in 2014, his senior year. As a North Dakota State University athlete in 2019, he won the NCAA Division I indoor shot put and discus events, setting an NCAA record in the shot put.

But the Olympic Trials in June in Eugene, Oregon, were the highlight of his career – so far. Otterdahl not only threw a career-best 71 feet, 11 inches, but finished top-three in one of the toughest events to earn a spot on the U.S. team.

Consider: Americans Ryan Crouser and Joe Kovacs were the gold and silver medalists in shot put at the 2016 Olympics in Brazil. Both are still considered to be in their prime, which Crouser demonstrated emphatically by throwing a world-record 76-8 1/4 to win the U.S. Trials. The previous world record of 75-10 had stood for 31 years.

Kovacs also will go to Tokyo after finishing second at the Trials. Otterdahl, who went into the Trials ranked 17th in the world, finished 1 inch ahead of fifth-ranked and former Olympian Darrell Hill for the third and final U.S. spot. Fifth-place Josh Awotunde was just 3 inches short of Otterdahl’s mark on his final attempt.

Otterdahl’s best throw came on his fifth of six attempts in the finals. “From the second round on, I held the third-place spot,” he said. “But I knew Darrell and Josh were right there. It wasn’t until after they threw in the sixth round that I knew I was on the team and could relax.”

Immediately after earning his Olympic berth, Otterdahl described himself as being in disbelief that he had qualified. Now that he’s had a few weeks to process everything, his goals are re-calibrated.

“I’ve seen what can happen when I get everything lined up correctly,” he said. “I’m past the excitement of qualifying for the Olympics, and now I want to see if I can get a medal.”

Otterdahl’s top throw at the U.S. Trials would have been good for second place behind Crouser at the 2016 Olympics.

After graduating from NSDU, Otterdahl began throwing professionally for Nike and continued to work with his college throws coach, Justin St. Clair. He hadn’t been able to top his best college throw of 71-6 3/4 until last month, but he was encouraged.

“We’ve made a few tweaks, but the biggest improvement was my consistency,” Otterdahl said. “In the past I had been throwing 21 meters (about 69 feet) only a couple of times during a meet, or maybe just once. Now I’m doing that several times during a meet, and that’s real progress.”

Otterdahl fouled on one of his six attempts in the U.S. Trials shot put finals, but three of his five measured throws exceeded 21 meters.

Otterdahl leaves for Tokyo on July 24, one day after the Olympic opening ceremonies. The men’s shot put competition is Aug. 3 and 5. St. Clair will be the only person allowed to travel with him as the Olympics will take place while Japan is under a state of emergency because of a wave of new COVID-19 cases.

Family members of Olympians already had to resign themselves to watching on TV or streaming services because organizers banned international spectators. Now, domestic spectators won’t be allowed either. Otterdahl will have access to the Olympic Village, training site and competition venue, but that’s it.

“It’s definitely going to be strict,” he said, “but it’s better than no Olympics at all.”

Otterdahl qualified for state competition in three different sports in his senior year at Rosemount. He played defensive line for the Irish football team that reached the Prep Bowl, finished fourth at 285 pounds in the Class 3A wrestling tournament and won the throwing events in track and field.

His younger brothers, Trevor and Max, also threw for Rosemount and are at NDSU now. The younger Otterdahls used Payton’s marks to measure their progress. So too do today’s Rosemount High athletes; at last month’s state high school meet Rosemount throwers talked openly about how they compared themselves to where Payton Otterdahl was at the same age.

Otterdahl said he’s happy to inspire athletes at a school that did so much for him. “Tim Conboy (Rosemount’s throwing events director) did so much to help me,” he said. “Being on the football team was a great experience and my wrestling coaches in high school, Henry Gerten and Brett Larson, taught me a lot about the work ethic you need.”

As he prepares for the journey to Tokyo, Otterdahl trains, responds to media requests and well-wishers – and fills T-shirt orders. He’s selling T-shirts on Facebook to defray some of his training expenses.

“The majority are going to Minnesota and Fargo, of course,” he said. “But I’ve had orders from all over the country, places like Florida, California and Texas. I’m grateful for the support.”