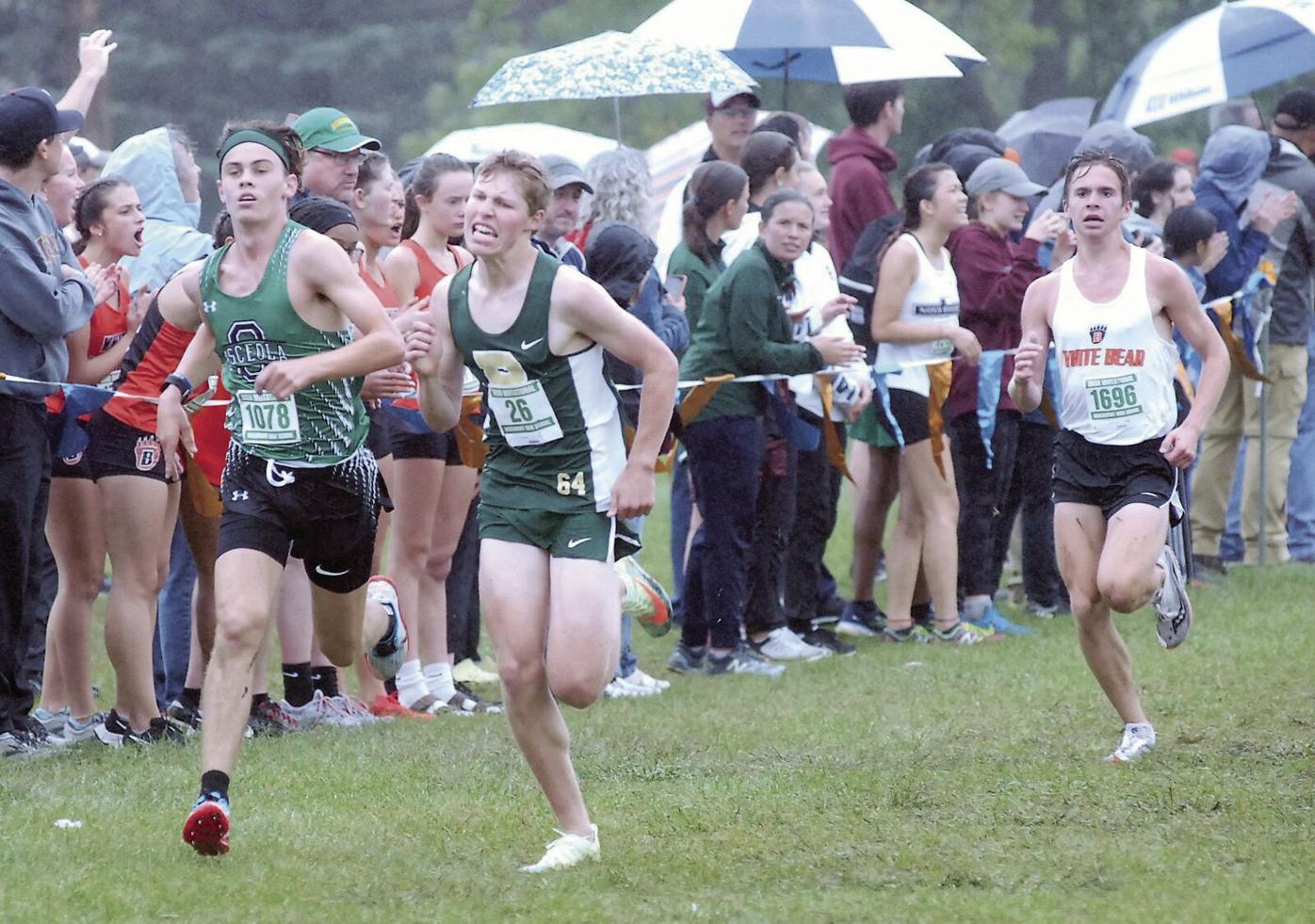 Rosemount's Will Harder (26) makes his finishing kick at the Irish Invitational cross country meet Sept. 3. He finished eighth individually and led the Irish to the boys team championship. 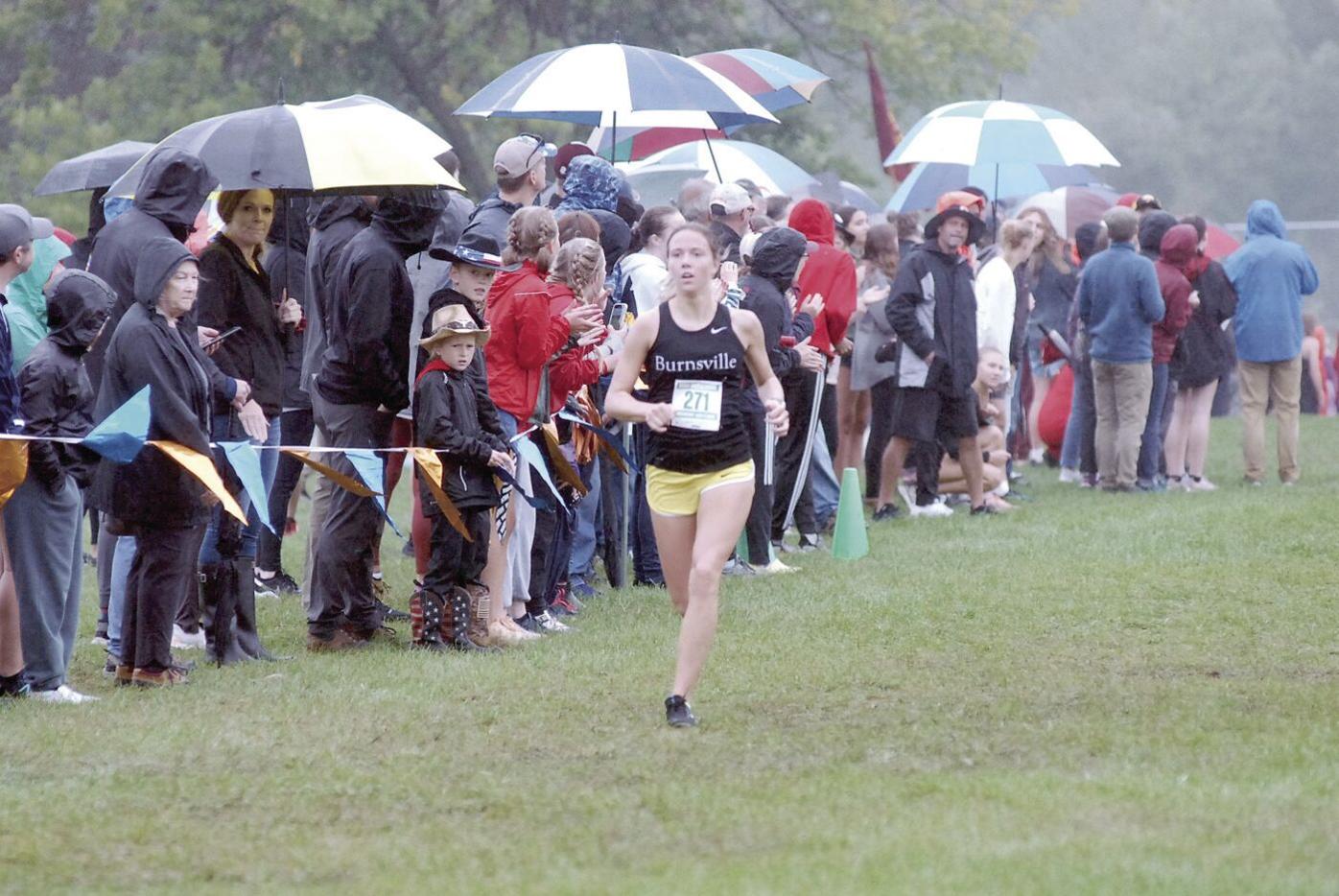 Rosemount's Will Harder (26) makes his finishing kick at the Irish Invitational cross country meet Sept. 3. He finished eighth individually and led the Irish to the boys team championship.

Rosemount kept its place in the top 10 of the Class 3A boys cross country rankings with a strong performance on home turf at the Sept. 3 Irish Invitational.

The Irish placed five runners in the top 16 individuals at its home invitational. Rosemount, ranked fifth in Class 3A, finished 44 points ahead of second-place St. Paul Highland Park, the No. 2-ranked team in Class 2A (cross country has gone to three classes, beginning this season).

The girls varsity race was dominated by Highland Park, the top-ranked team in Class 2A and possibly the state’s best in any enrollment class. Highland Park runners took four of the top five spots.

Prior Lake sophomore Hootie Hage was medalist in 9:52.9, one of two runners in the race (Robbinsdale Armstrong’s Noah Breker being the other) to finish in under 10 minutes.

Eagan was 10th as a team, with senior Arlan Hegenbarth finishing 27th individually.

Highland Park sophomore Luna Scorzelli was medalist in the 2-mile girls race in 11:28.3, about five seconds ahead of Burnsville senior Zoie Dundon. Dundon, who won the 800 meters at the state Class AA track and field meet in June, finished in 11:33.0.

Apple Valley was 20th in the girls team standings, with senior Erica Stremski placing 92nd individually. Burnsville had four runners in the Irish Invitational girls meet; five is the minimum to post a team score.

Many of the top-ranked cross country teams in the metro area that weren’t at the Irish Invitational were at the St. Olaf Showcase on Sept. 2 at St. Olaf College. Those teams ran on the same course that will hold the state meet Nov. 6.

The Lakeville North boys, ranked seventh in Class 3A, were led by junior Andrew Casey, who finished 10th in 16:18.2. Bryce Stachewicz, also a junior, was 23rd. The Panthers’ top six runners in the St. Olaf meet were juniors.