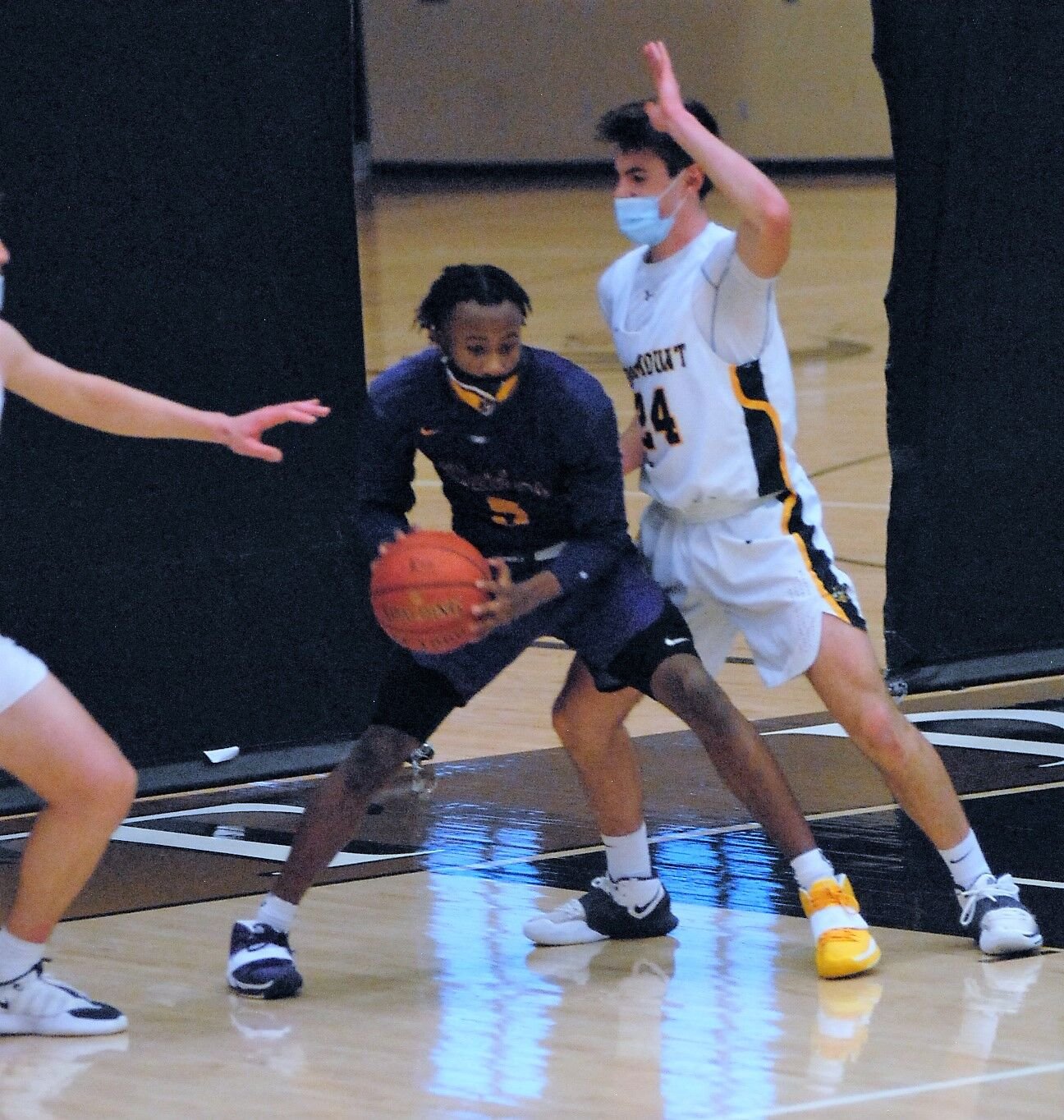 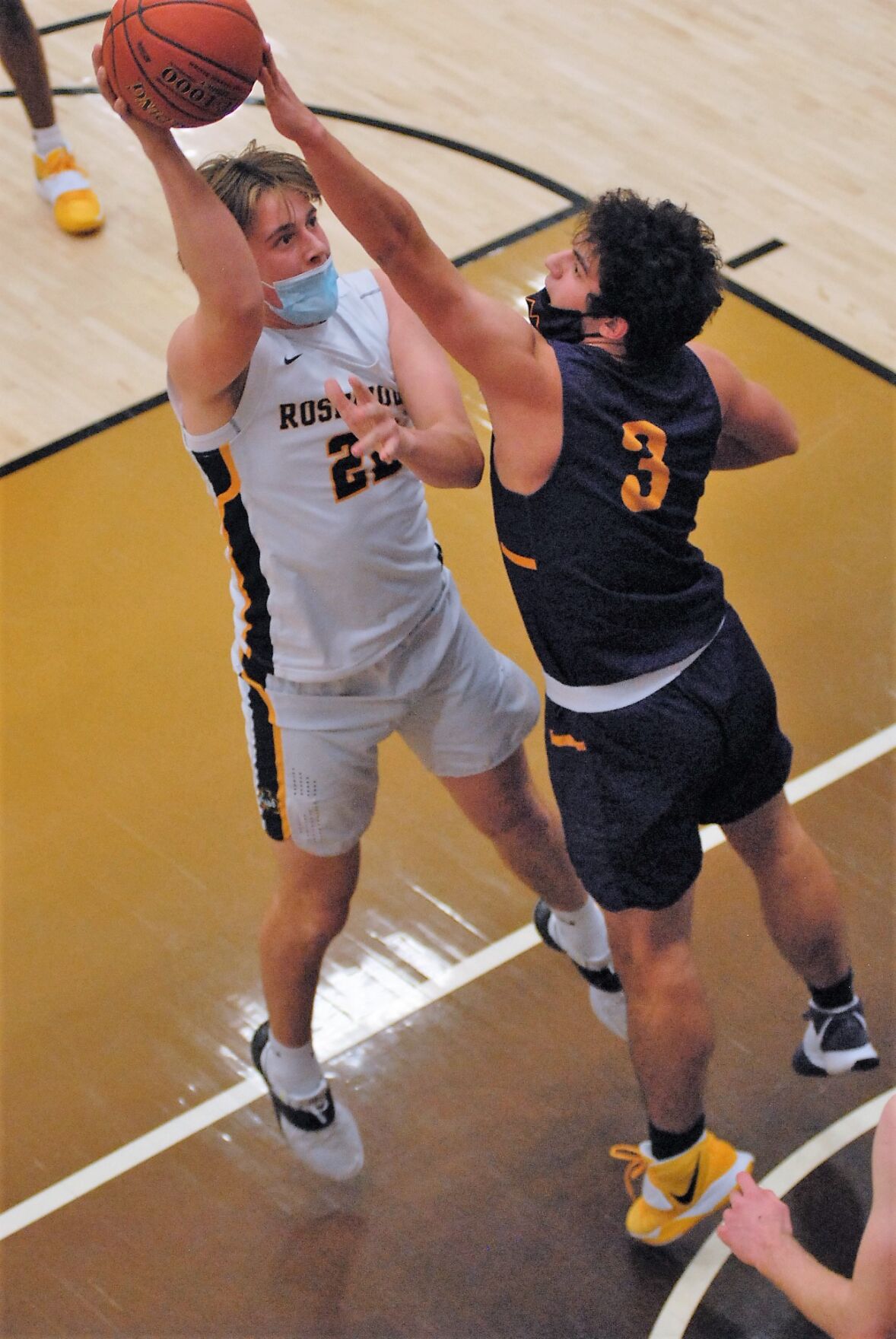 Rosemount's Carter Theisen tries to power up a shot against Cretin-Derham Hall in the state Class 4A boys basketball quarterfinals. 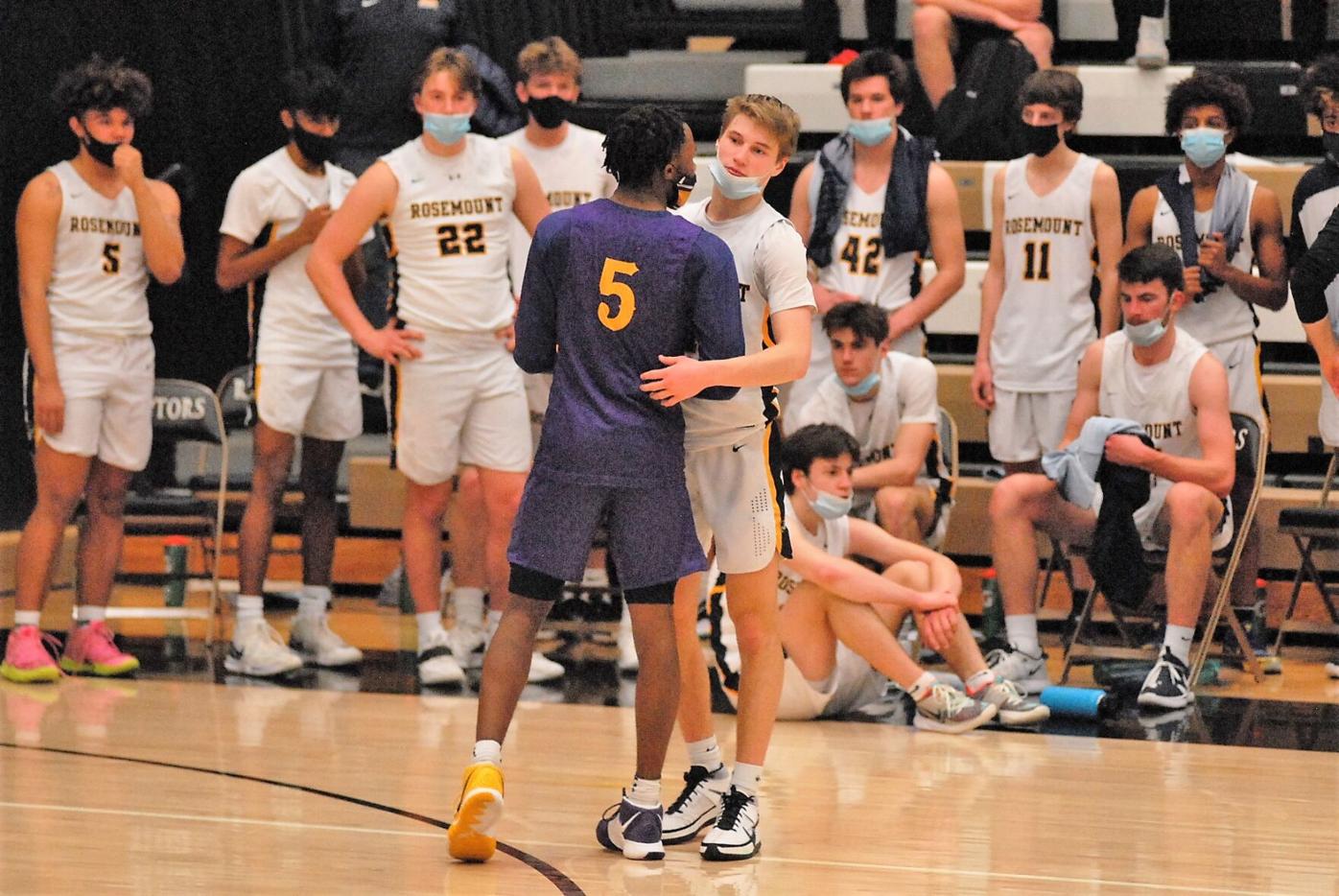 Rosemount's Carter Theisen tries to power up a shot against Cretin-Derham Hall in the state Class 4A boys basketball quarterfinals.

As easy as it would be to dwell on the historical significance of Rosemount’s first appearance in the state boys basketball tournament in 34 years, the Irish believe it’s better to look ahead.

“We had a meeting (Monday) with the players who are coming back,” coach Lance Walsten said. “And the first question was, can we find a way to get back next year? They saw with the group this year what it takes to do it, and I think they’re ready to put in the work.”

A taste of success in a program that hasn’t had a lot of it recently has left the players wanting more. Rosemount finished the 2021 season 15-7, the first winning record in four years and likely the best record in the 2000s. It concluded with the school’s fourth trip to the state tournament and first since 1987. The Irish were 13-3 in their final 16 games.

But looking ahead instead of looking back might be the way to go. In all likelihood the Irish are still a little salty about how their state Class 4A quarterfinal game against Cretin-Derham Hall ended. Marselio Mendez made a free throw with 0.2 seconds remaining for the deciding point in the Raiders’ 41-40 victory. Cretin-Derham Hall will play Maple Grove in the Class 4A semifinals at 6 p.m. Thursday at the Target Center.

The Rosemount-CDH game was intense and physical. Some contact was allowed and both teams appeared to be fine with it. Mendez received an inbounds pass with 2.5 seconds remaining, drove the lane and put up a right-handed scoop shot that came up short.

Rosemount got the rebound and overtime appeared imminent – that is, until everybody in the East Ridge High School gym realized a whistle had sounded. A Rosemount player was called for a reach-in foul even though it did not appear to affect Mendez’s shot. As the Rosemount bench looked on in disbelief over the foul call, Mendez missed his first free throw but made the second to send the Raiders on in the tournament.

“It was the pace we needed to play that game,” the coach said. “We knew we needed to try to slow down (CDH star guard) Tre Holloman because he can do great things in an up-tempo game. I was a little surprised Cretin-Derham Hall was willing to play at that pace. (Rosemount senior) Teddy Bellrichard did a fantastic job of making Tre uncomfortable.”

Several Rosemount players spent time guarding Holloman, but Bellrichard drew most of the one-on-one duty. The Irish tried to help Bellrichard by playing what Walsten called a “flat” defense designed to give Bellrichard a chance to recover from screens CDH set to try to free Holloman.

Holloman, considered a Division I college prospect in basketball and football, made six of 16 shots and scored 13 points, about seven below his season average.

A senior class that consisted of captains Wenthe, Loehr and Sean Sullivan, plus guards Bellrichard and Abel Negash, and forwards Malik McGraw, Carson Buesgens, Darius Green and Dylan Zenger, helped bring back the program from an abyss. The Irish won six games total in Walsten’s first two years at Rosemount.

“The biggest thing was the hard work they were willing to put in,” Walsten said. “They went through a coaching change before their freshman year, but I think they were comfortable with what our expectations were and shared our vision for the future.

“We also tried to be patient and let them play together their freshman year. We didn’t push them ahead a level or two even though when they were freshmen they were some of the better players in our program. I think that paid dividends later.”

The senior class also put in more time playing and practicing in the high school off-season, and that rubbed off on younger players, Walsten added.

Siwek, who averaged 20.1 points this season, leads the returnees in 2020-21. Forward Carter Theisen and guard Anish Ramlall also are expected to be among the Irish’s top returning players.

Many are planning to play AAU basketball this summer, although not all on the same team. Siwek is expected to return to the Howard Pulley program, where he has played on the same team as Cretin-Derham’s Holloman. Others are expected to play for the Lakeville-based Wear Out the Net program.

The Irish also will train as a team during the Minnesota State High School League’s summer waiver period, but Walsten said he likes having his players on AAU teams because they get good competition and often play roles they haven’t played on their high school teams.