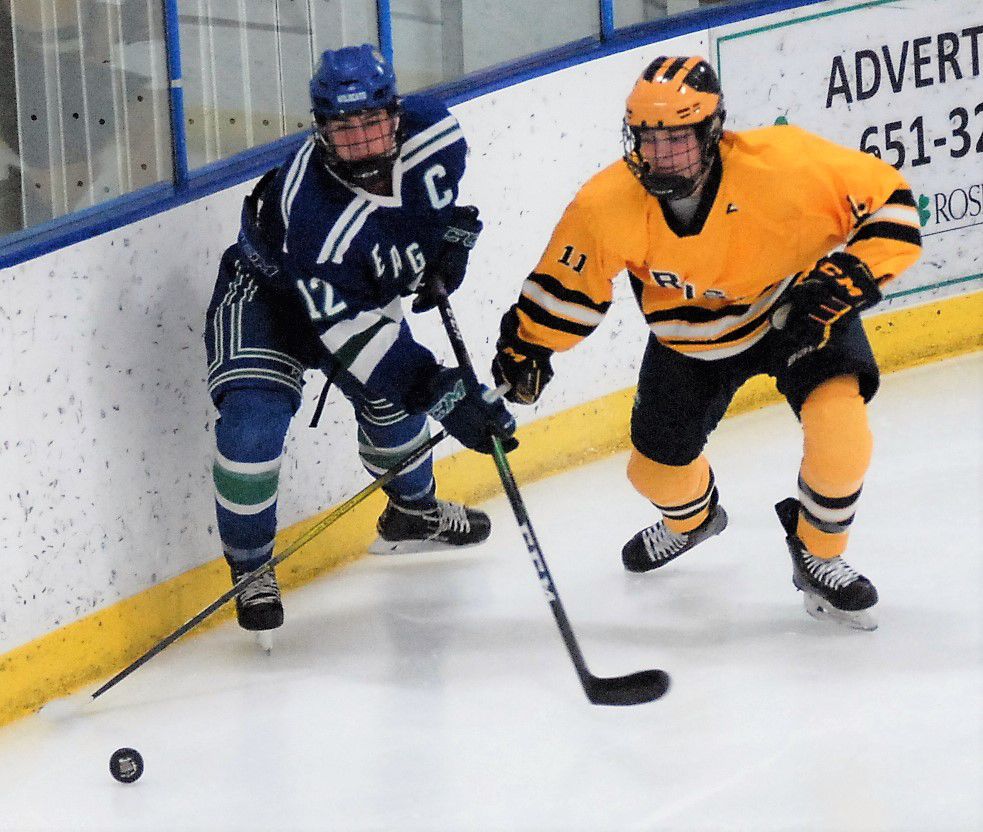 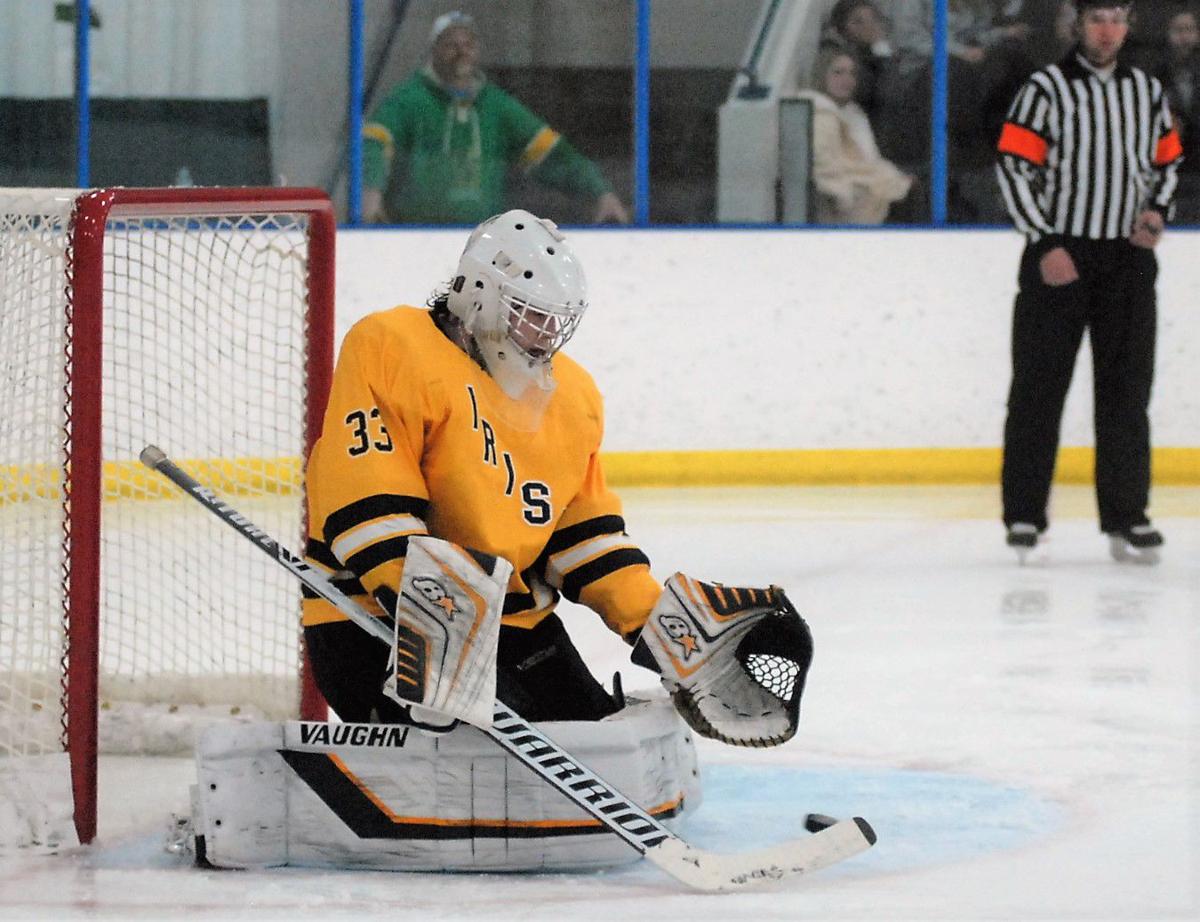 Rosemount goalie Will Tollefson made 34 saves in the Irish's 3-0 victory over Eagan on Saturday.

Rosemount goalie Will Tollefson made 34 saves in the Irish's 3-0 victory over Eagan on Saturday.

If there’s temptation for Rosemount’s hockey players to ease up for one game, or even one shift, all they have to do is think about a teammate who can’t afford a day off.

Joel Carlson is a junior who played 20 games with the Irish boys varsity last season. Under normal circumstances he would be out there with his team as the Irish try to reach the state tournament for the first time in 28 years. Instead, he’s in a daily battle to walk again after sustaining a spinal cord injury in a swimming pool accident in July 2019.

Carlson is making progress but has a long way to go. His family posted video on Facebook in early December showing him walking on a treadmill, moving his right leg without assistance while a physical therapist helped with the left leg. Just before Christmas, he was sent home from the hospital for the next phase of his recovery. Being released from the hospital means Carlson now will get to attend hockey games regularly, and he was one of the first to congratulate his teammates on their 3-0 victory over Eagan on Saturday at Rosemount Community Center.

“He’s an inspiration to all of us because we know if he can get through what happened to him, we can get through anything that happens on the ice,” said senior defenseman Garrett Horsager, one of the Rosemount captains.

Carlson returning to the rink is “a big thing for our program,” coach Rick Saintey said. “He’s a big piece of our program, and we love having him here. He’s going to work hard to get back, and these kids are going to look at him and say, if he can do it we can do it too.”

The Irish are pushing ahead in a bid for a third consecutive 20-victory season. At 12-2 with at least 13 games remaining, they’re on pace. They played one-goal games on consecutive days against top-five Class AA teams Andover and Maple Grove in a tournament in St. Louis Park. In a span of three days last week they beat St. Thomas Academy and Eagan, the teams that played in the 2019 Section 3AA championship game.

“Eagan’s always tough to play because they’re a rival,” said senior captain and defenseman Mason Campbell. “I don’t think we’ve ever beaten St. Thomas. The win against St. Thomas was good for our community and our team. We haven’t been able to compete with the big teams in our section for a long time, but we know we can now.”

Eagan defeated Rosemount 4-2 in the Section 3AA semifinals last year and the Irish are familiar with the Wildcats’ physical style. “We know they always play really physical and last year it got to us in the section game,” Horsager said. “This time we wanted to match it.”

The Irish probably went about that too enthusiastically, Saintey said, because two of their four penalties were majors for contact to the head. But, “we needed to match their speed and intensity because if we don’t, we’re in trouble,” the coach said.

The loss ended a seven-game winning streak for Eagan, (9-4 overall, 2-4 conference), which was playing its fourth game in six days. Earlier last week, the Wildcats defeated Bloomington Jefferson 6-3 in the championship game of the South St. Paul Premier tournament as Tony Asta scored twice and Jonny Meiers, Aidan White and Henry Rieff had two assists each.

Tollefson, who’s allowed just one goal in his last three games, made 26 saves in Rosemount’s 3-1 victory over St. Thomas Academy. Trevor Brumm had two goals and an assist for the Irish. Ratzlaff also had a goal, and Broten Sabo earned two assists.

The Irish have a rare Saturday without a game Jan. 25. On that day they will participate in a fundraiser for the Carlson family, which needs a wheelchair-accessible van to take Joel to physical therapy and medical appointments. The fundraiser will be a spaghetti dinner at Carbone’s in Rosemount from 11 a.m. to 7 p.m. More information is available at rosemounthockey.com.

They will continue to draw inspiration from Carlson’s battle as they prepare for a challenging stretch. Five of Rosemount’s final seven conference games are on the road.

“The back half of our schedule is as tough as it gets,” Saintey said. “You’ve got to be up for those opponents because they’re going to be up for you.”