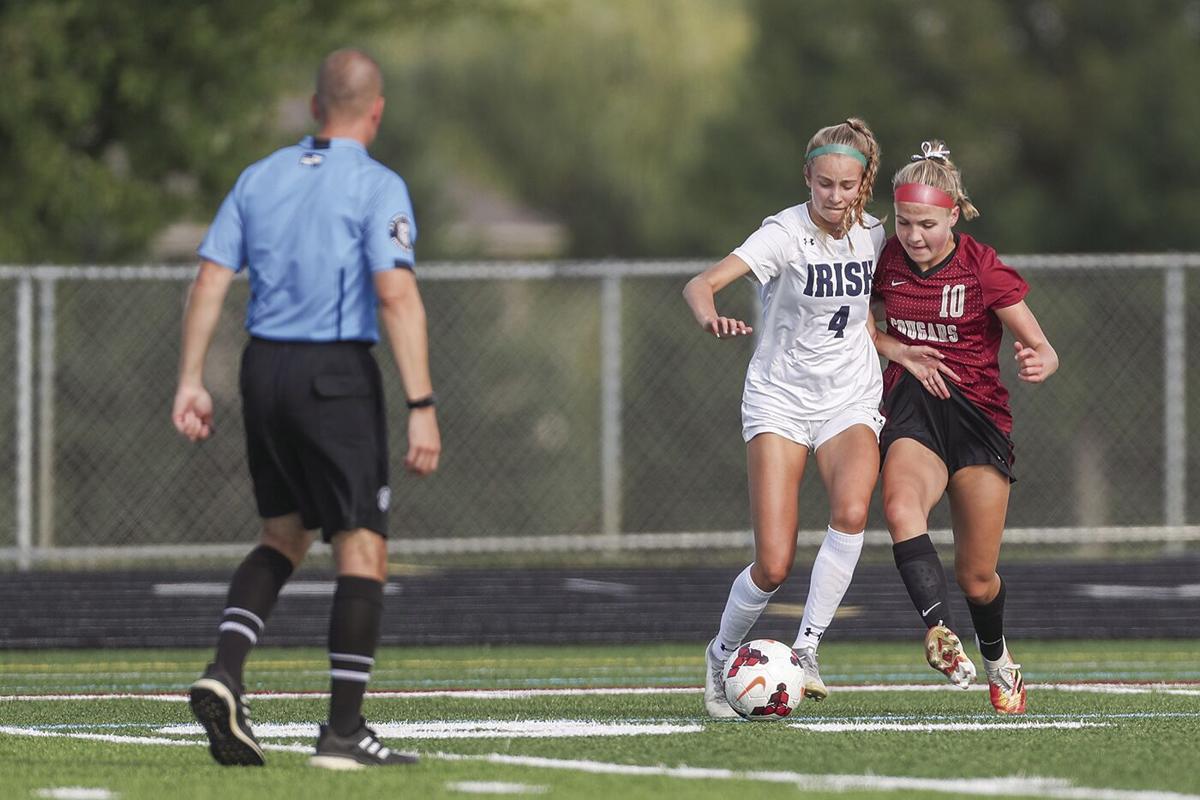 Taylor Heimerl (4) of Rosemount and Sophie Hurst of Lakeville South battle for possession during an Aug. 27 game won by Rosemount 2-0. 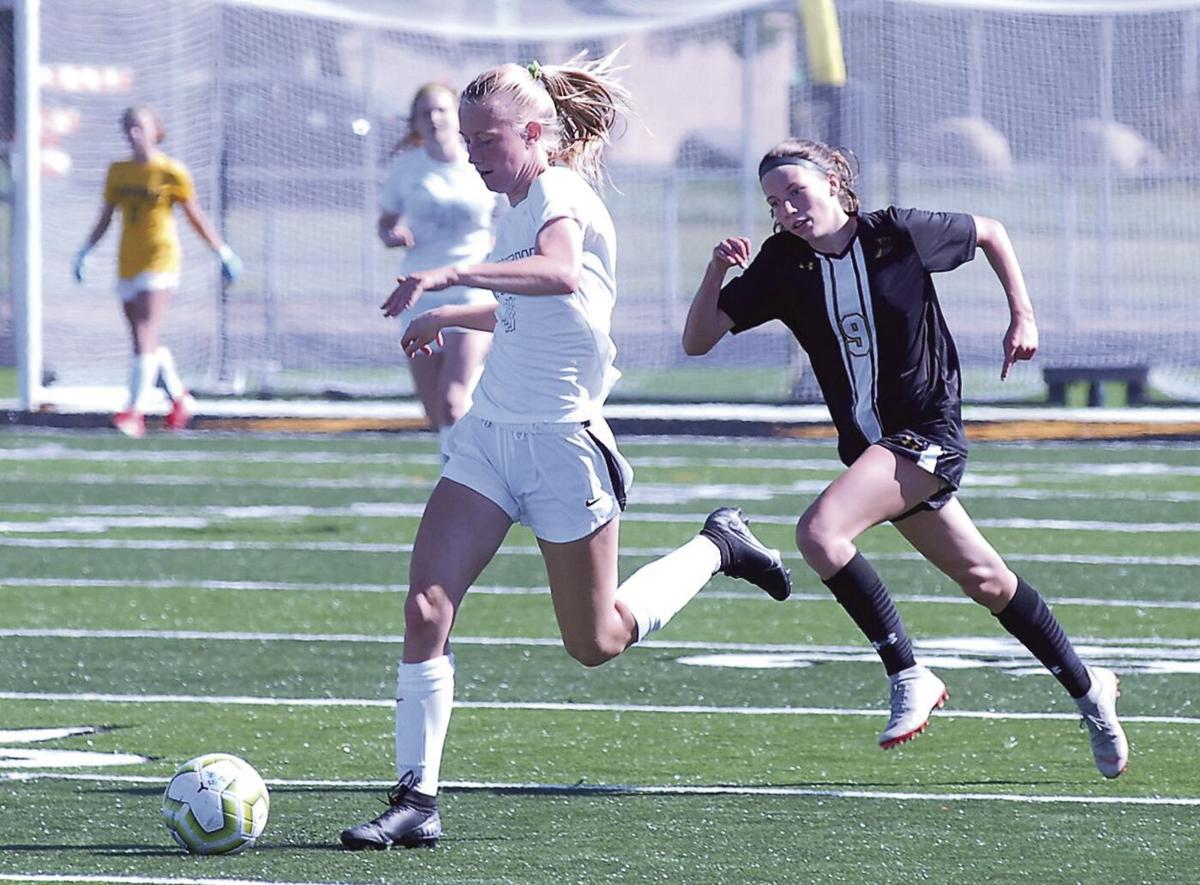 Taylor Heimerl (4) of Rosemount and Sophie Hurst of Lakeville South battle for possession during an Aug. 27 game won by Rosemount 2-0.

Eagan High School’s first three varsity soccer games have been rescheduled as the program sits out a COVID-19 quarantine period that is scheduled to end this week.

The soccer program’s players and parents were notified by the school at the end of the first week of practice in mid-August of possible contact with an individual who had tested positive for the coronavirus. They were advised to stay home through Wednesday, Sept. 2. The quarantine applied to all levels of the girls soccer program.

Eagan was to open its varsity season last week with a home-and-home series against South Suburban Conference rival Shakopee. The first of those games, which had been scheduled for Aug. 27, was moved to 5 p.m. Tuesday, Sept. 8, at Shakopee West Middle School.

Wednesday’s scheduled game between Eagan and Prior Lake now will be Thursday, Oct. 8, at Eagan.

The Wildcats and Lakers also are scheduled to play at 5 p.m. Friday, Sept. 4, at Prior Lake in what would be Eagan’s first game of the season. Eagan athletic director Sandra Setter Larsen said Thursday morning that game is on, as are the remaining games on the Wildcats' schedule.

The Minnesota State High School League’s reconfigured schedules for fall 2020 sports set an Oct. 10 end date for the soccer regular season. The South Suburban Conference’s final games had been scheduled for Oct. 1, leaving time for makeup games. The postseason format still hasn’t been announced, although the MSHSL wants playoffs to end by Oct. 24.

Eagan is one of at least two South Suburban Conference girls soccer teams to deal with shutdowns related to COVID-19. A number of Lakeville North players, including most of the Panthers’ returning varsity team members, had to sit out the first week of practice because of contact at a preseason gathering with a person who had tested positive for the virus. The affected players returned to practice last week and Lakeville North played its first two games as scheduled.

While Eagan and Shakopee had to sit out, the other eight South Suburban girls teams began their seasons last week. Here are some highlights:

The Irish won 2-0 at Lakeville South on Aug. 27 on two first-half goals by senior forward Kenzie Jacobson. Julia Schorn and Delaney Schultz had one assist each.

The Lightning and Blaze tied 2-2 on Aug. 27 before Eastview won 4-0 on Saturday at Burnsville’s Bob Pates Stadium.

Eastview won Saturday’s rematch as Chesek and Kim Peters each had a goal and assist. Ellingson and Halle Decker also scored, and Sydnie Downs and Kelley had assists for the Lightning, who played at Farmington on Wednesday and play host to the Tigers at 5 p.m. Friday.

The Tigers earned a victory and tie against Apple Valley in the teams’ first two games of the season. Farmington won the opener 2-0 on Aug. 27 at Apple Valley before the teams tied 0-0 on Saturday at Boeckman Middle School.

Lakeville North vs. Prior Lake

Many of Lakeville North’s top players had little time to prepare for the season opener, having missed the first week of practice while waiting out a coronavirus quarantine. It did not appear to affect the Lakeville North defense as the Panthers threw consecutive 1-0 shutouts at Prior Lake.

Anna Tobias scored the only goal of the Aug. 27 contest at Lakeville North, while goalkeeper Annie Waters made six saves.

Elaina Shromoff scored in the second half of Saturday’s rematch at Prior Lake. Elinor Sayers got the start in goal and made eight saves.

Lakeville North played at Lakeville South on Wednesday and plays host to the Cougars at 5 p.m. Friday.