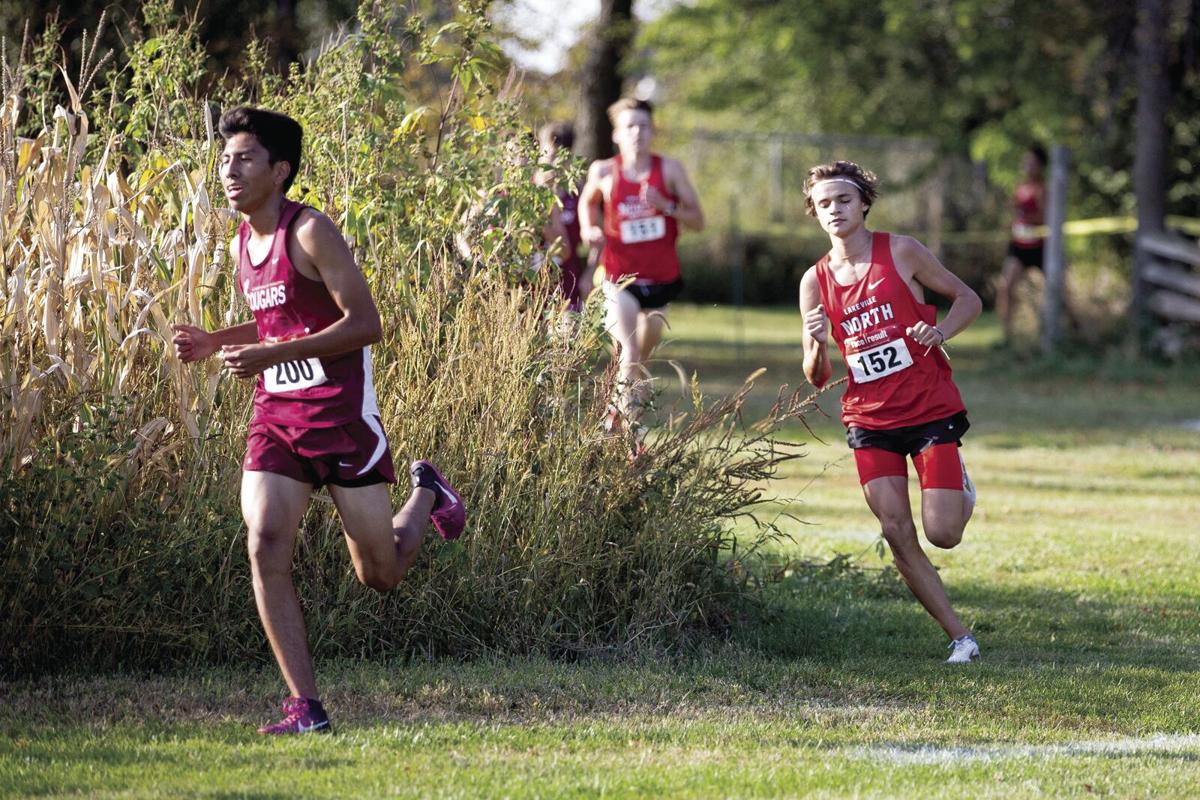 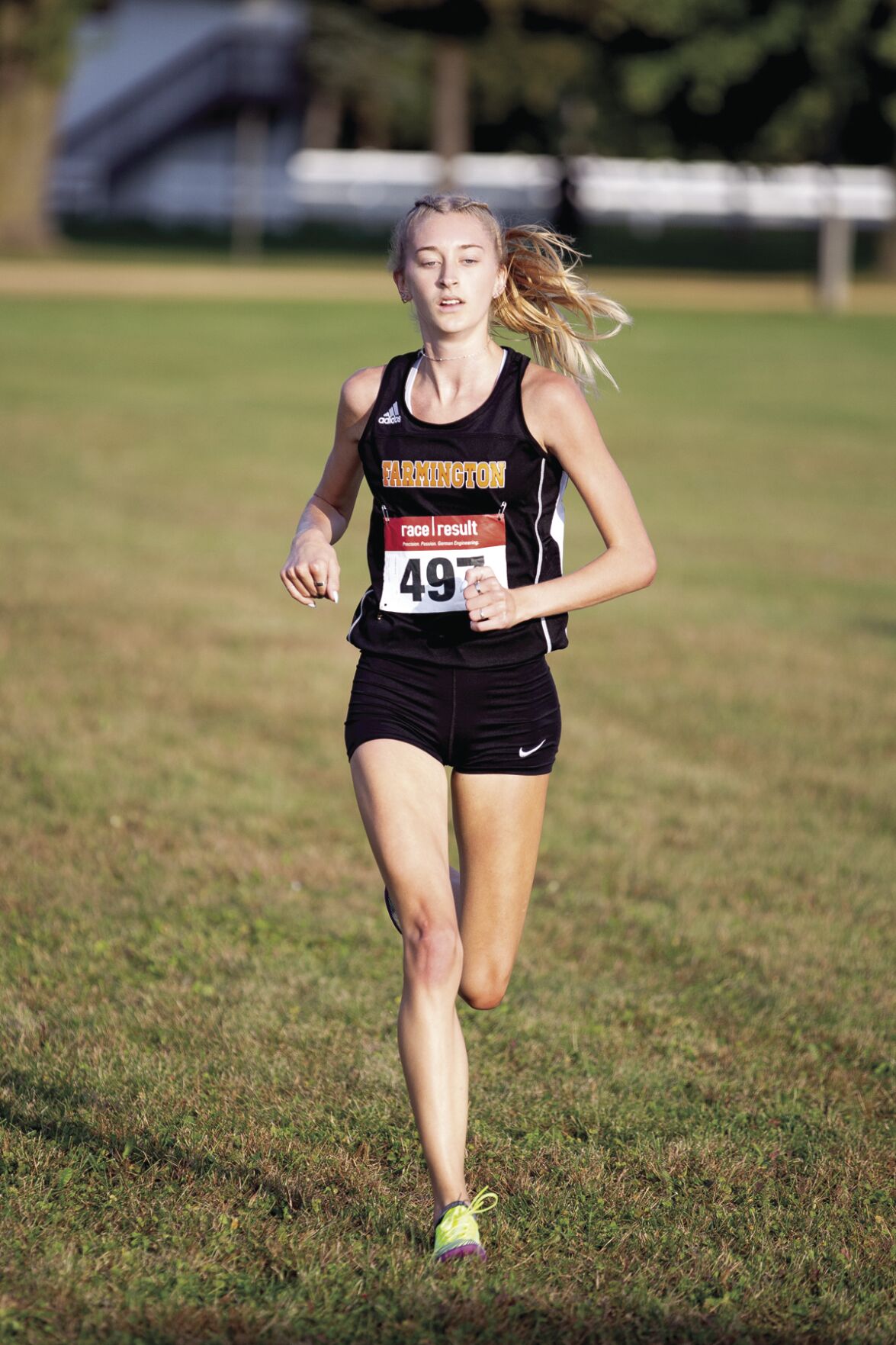 Farmington senior Anna Fenske has won every race she has competed in this fall and is ranked second individually in Class AA.

Farmington senior Anna Fenske has won every race she has competed in this fall and is ranked second individually in Class AA.

Although not officially a South Suburban Conference meet, the six teams that attended are SSC schools. With competition still being capped at a maximum of three teams because of COVID-19 restrictions, two triangulars were held at the Sept. 24 meet at Dakota County Fairgrounds. Eastview, Eagan and Shakopee made up one triangular, and Farmington, Lakeville North and Lakeville South ran in the second.

Farmington’s girls remained undefeated for the 2020 season, scoring 25 points in their triangular and finishing eight ahead of Lakeville South. Lakeville North had 82 points.

Farmington runners took seven of the top 11 places in their girls triangular, led by senior Anna Fenske, who has been medalist in every race the Tigers have run. Fenske ran 18 minutes, 2.3 seconds on the 5,000-meter course. Her sister Mariah was second in 18:48.2.

Top runner for Lakeville North was Ella Raiche, who was 12th in 20:52.6. Seventh-grader Sophia Olson was 17th.

Farmington senior Robbie Spain had the top overall time (16:36) among all six boys teams. Lakeville South had five of the top eight finishers in its triangular to take first, 11 points ahead of Lakeville North.

Lakeville North sophomore Andrew Casey ran 16:41.6, the second-fastest time overall behind Spain. Bryce Stachewicz was sixth in the triangular in 17:07.3, and Ethan Kimmel and Matthew Hendricks were ninth and 10th for North.

Mason Sullivan was Farmington’s No. 2 runner and 12th in the triangular.

Eastview’s boys have won four meets in a row since losing a dual against Rosemount in the opening week of the season. The Lightning took the top three places and six of the top seven in their triangular with Shakopee and Eagan, finishing with 17 points. Senior Gabriel Mahlen was first in his triangular and fourth overall in 16:53.6. Hunter Dunne (second, 17:12.2), Nathaniel Getman (third, 17:13.2), Jack Hanson (fifth, 17:29.3) and Sam Setterlund (sixth, 17:33.4), completed Eastview’s top five, and Grant Piller was seventh in the triangular.

Aaron Luu was 13th and Owen Helgeson 15th for Eagan, which rested most of its top runners. Luu and Helgeson are sophomores.

Eagan’s Rina Aschemann was first in the triangular and eighth among runners from all six teams with a time of 19:51.5. Josie Seehafer and Catalina Decker were sixth and seventh, and Ava Ligtenberg was 10th.

All South Suburban Conference cross country teams will be back at the Dakota County Fairgrounds on Saturday, Oct. 3. As in previous SSC meets, the format will consist of two dual meets and two triangular meets. Racing starts at 9 a.m.