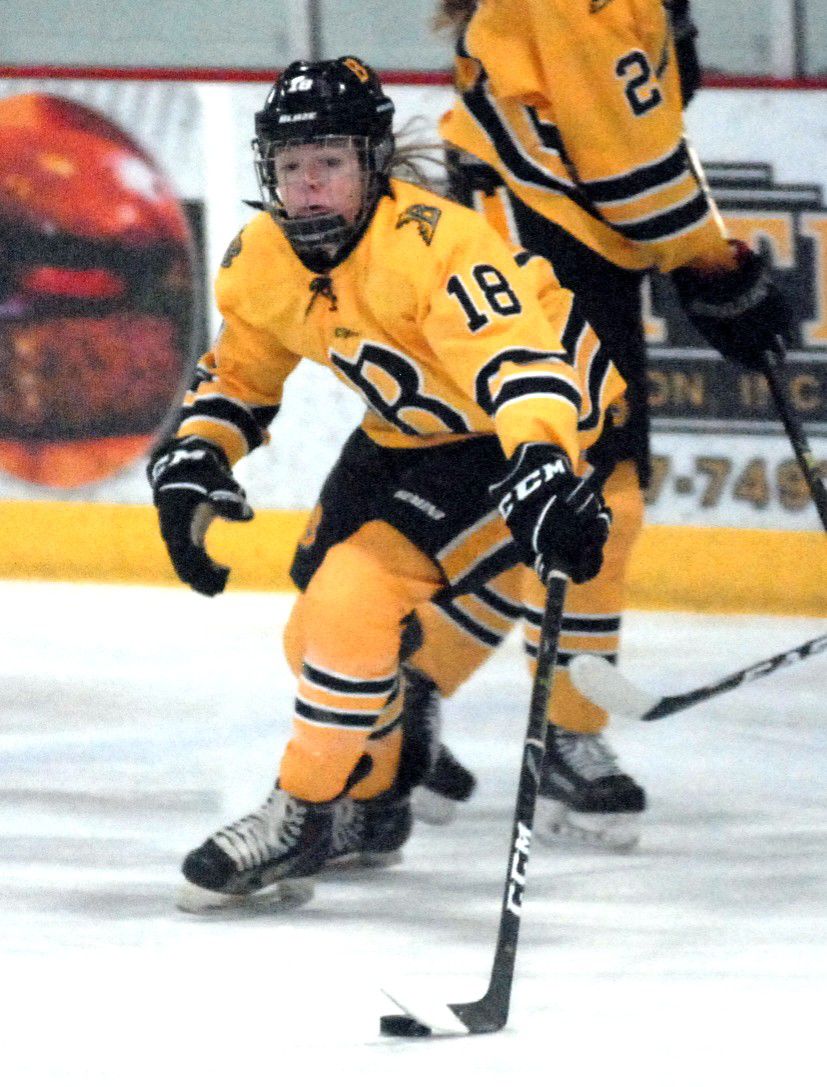 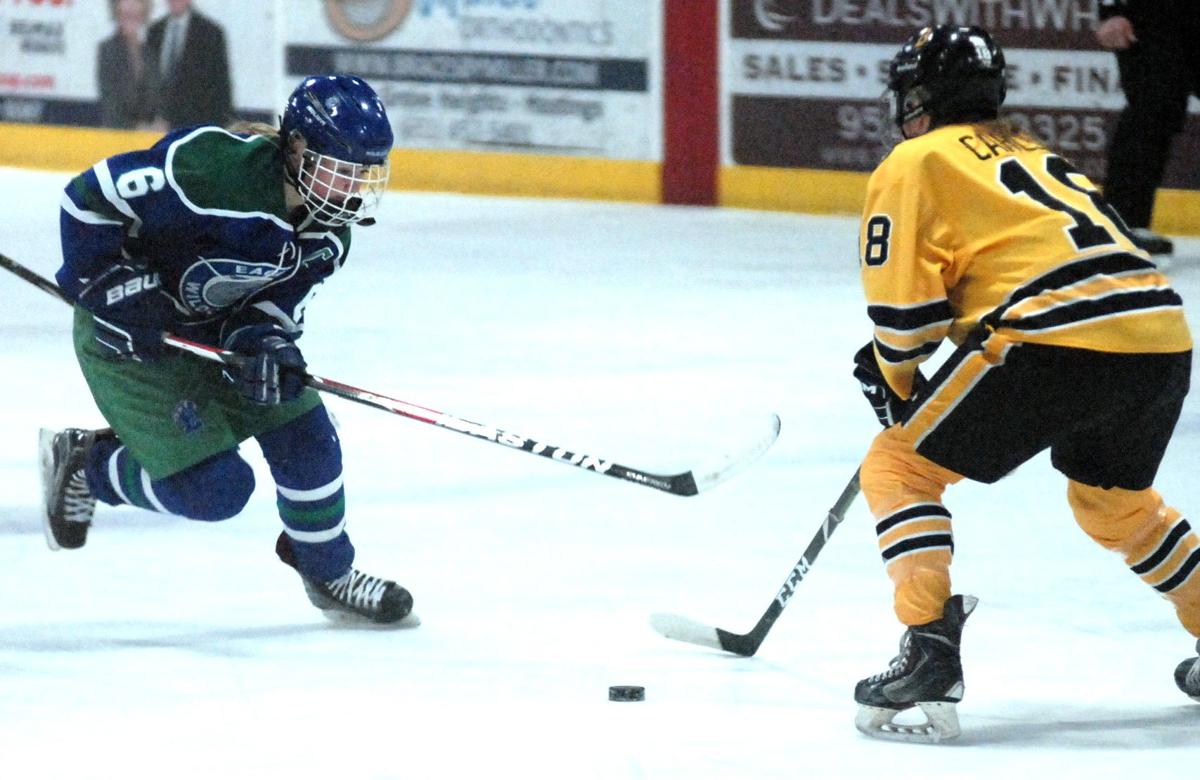 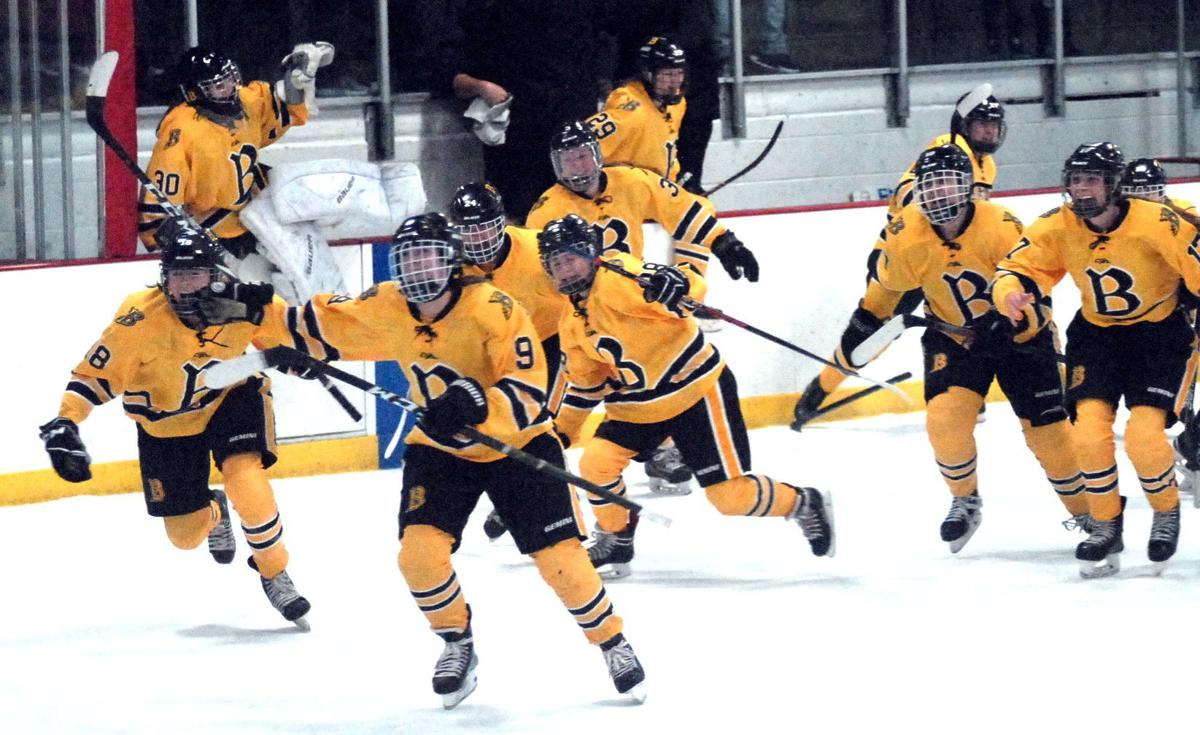 The Burnsville bench empties to celebrate the Blaze's 3-1 victory over Eagan in the Section 3AA girls hockey championship game. Burnsville qualified for the state tournament for the first time since 2014.

The Burnsville bench empties to celebrate the Blaze's 3-1 victory over Eagan in the Section 3AA girls hockey championship game. Burnsville qualified for the state tournament for the first time since 2014.

Burnsville will go to the state girls hockey tournament for the first time since 2014 after defeating Eagan 3-1 in the Section 3AA final Wednesday night in Inver Grove Heights.

The Blaze's Allie Urlaub scored a shorthanded goal in the first period, while Eagan forward Jenna Ruiz tied it on the power play in the second period.

Burnsville held Eagan to 11 shots on goal, but the Wildcats had a chance to take the lead with about 3:30 remaining when Ruiz, their leading scorer, pounced on a turnover in front of the Burnsville goal. Blaze goalie Maria Widen kicked away the shot.

Eagan, which played in the section final for the third year in a row, finished 14-12-2.

Burnsville is the first team to qualify for the state Class AA tourney, which starts Feb. 20 at Xcel Energy Center. The remaining section finals will be Thursday and Friday, and matchups for the first round of the state tournament will be determined Saturday.

More information about the Section 3AA final will be available later at sunthisweek.com and in next week's Sun Thisweek Newspapers print edition.