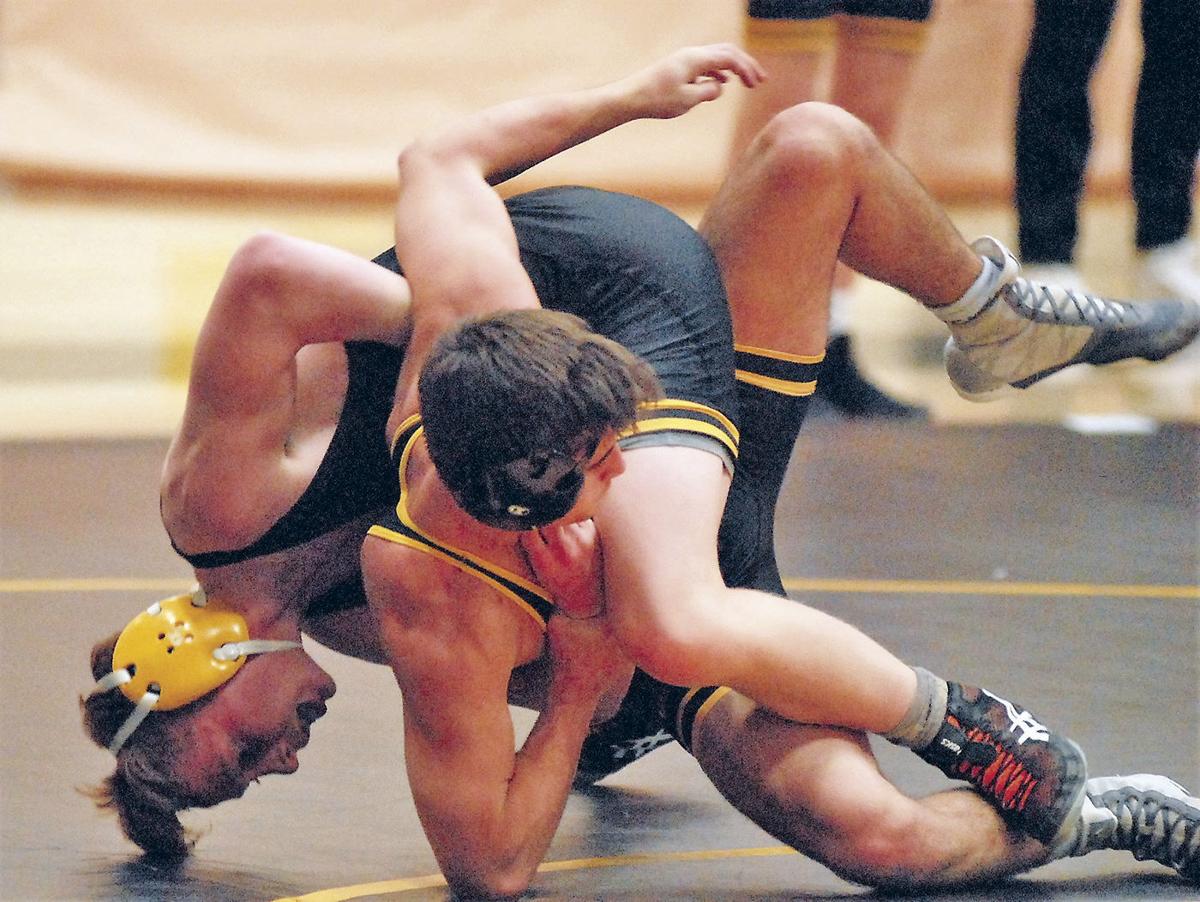 Cade Sundgaard (left) of Apple Valley tangles with Burnsville’s Matt Gerner at 145 pounds in a South Suburban Conference wrestling match Dec. 5. Sundgaard won his match and the Eagles went on to defeat the Blaze 51-28. 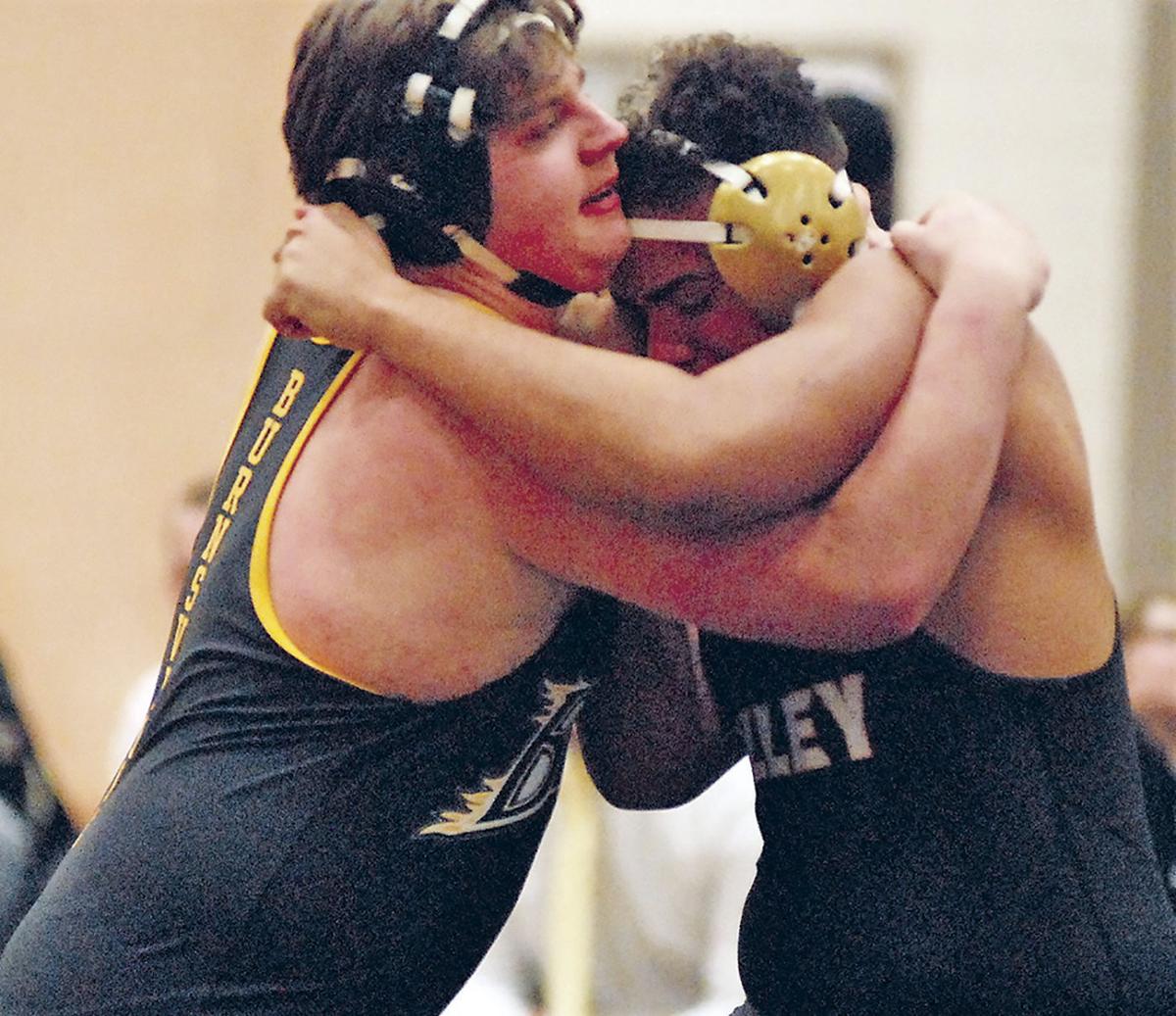 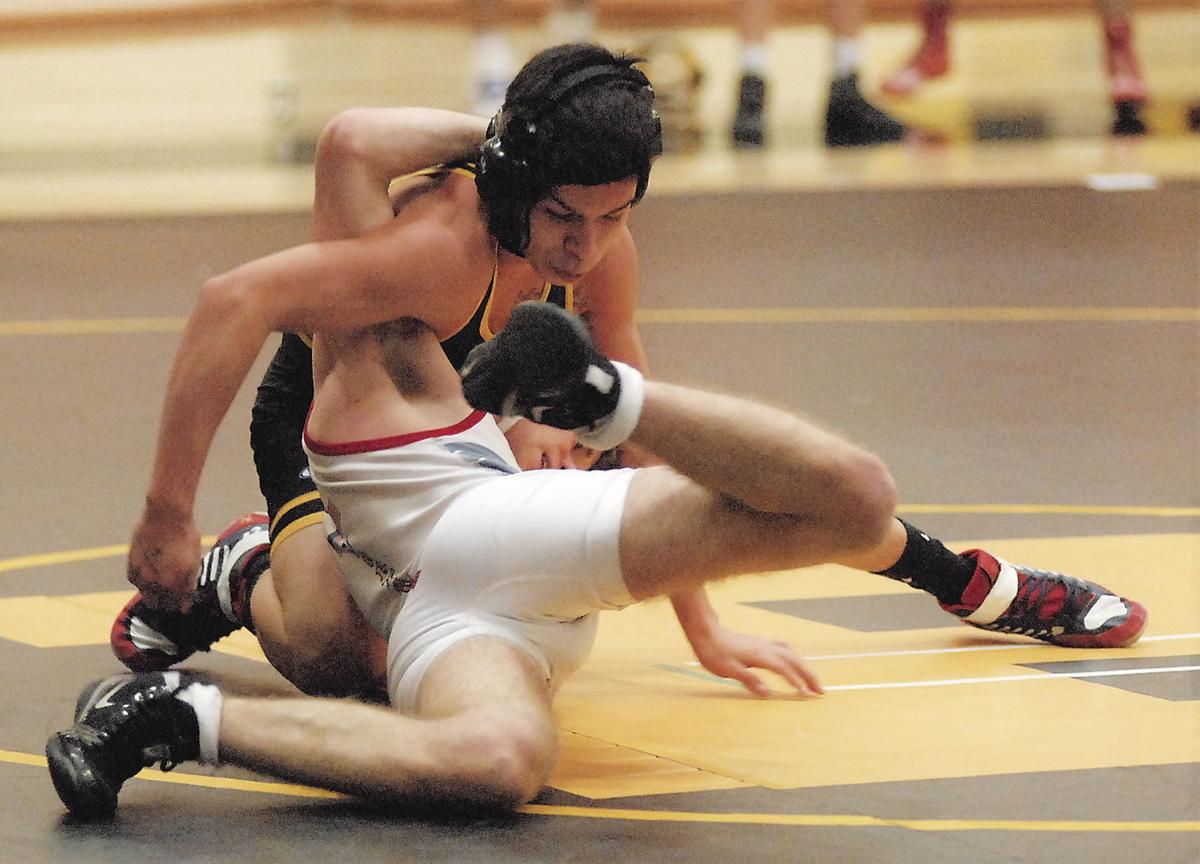 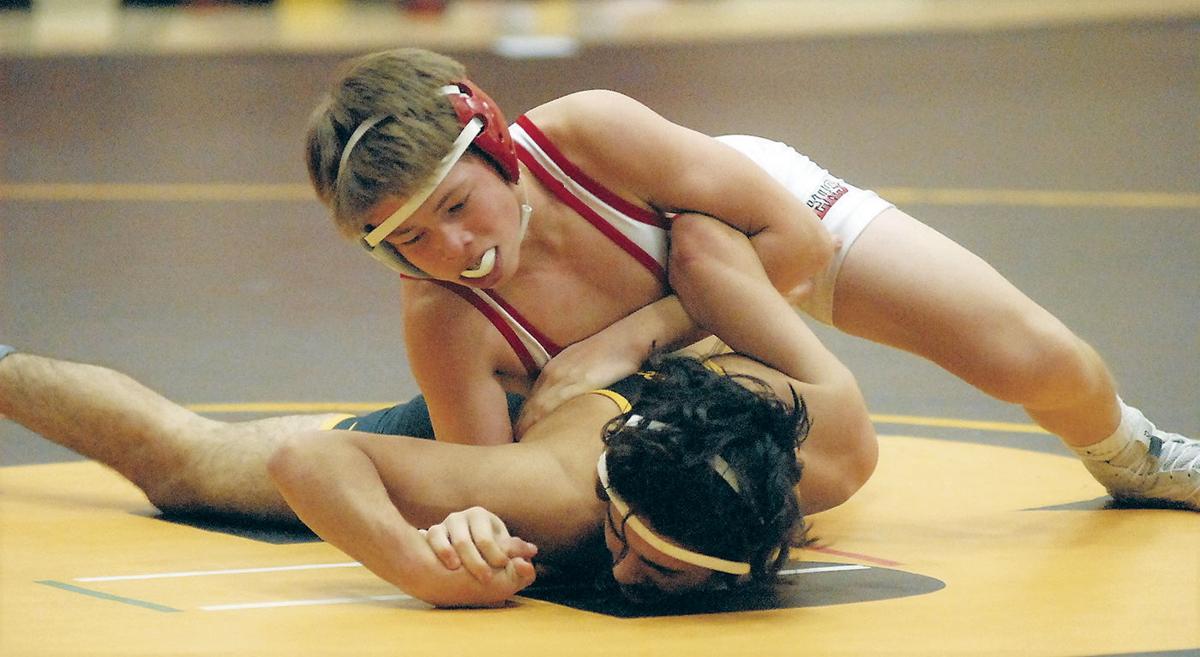 Zach Hanson of Lakeville North, a state tournament qualifier in 2019, tries to turn his Burnsville opponent in a Dec. 5 South Suburban Conference match. 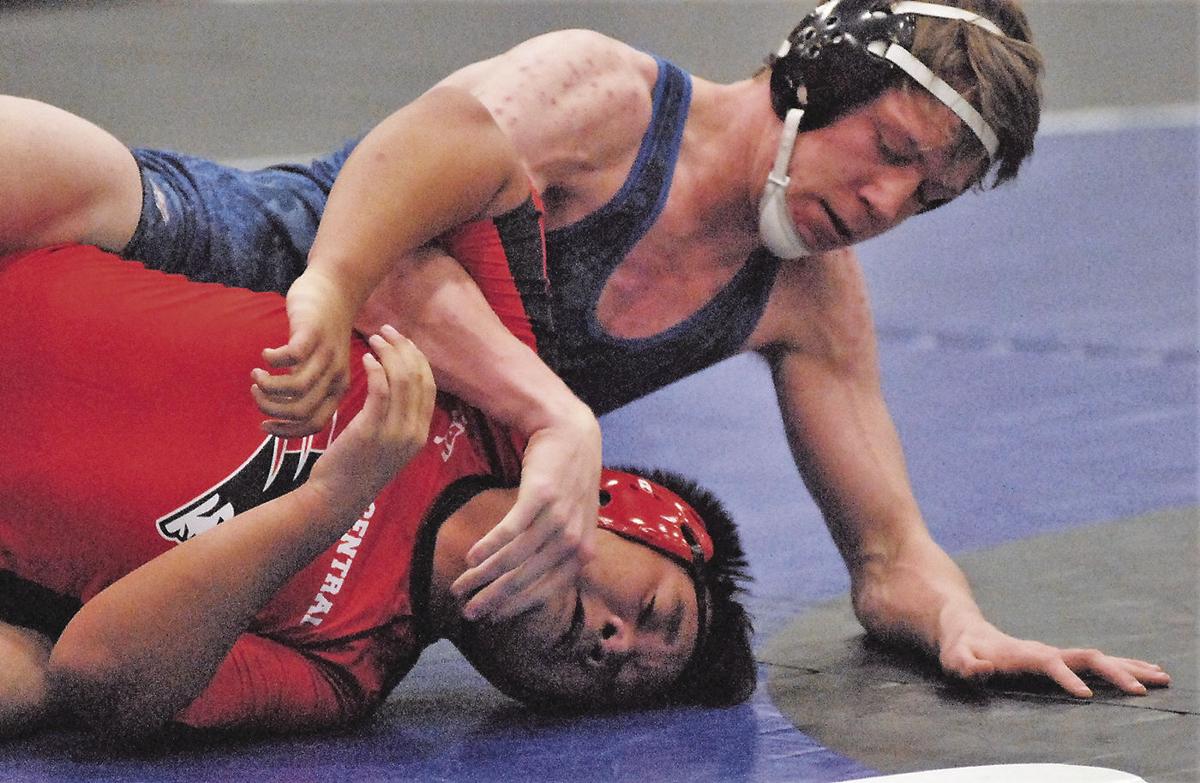 Cade Sundgaard (left) of Apple Valley tangles with Burnsville’s Matt Gerner at 145 pounds in a South Suburban Conference wrestling match Dec. 5. Sundgaard won his match and the Eagles went on to defeat the Blaze 51-28.

Zach Hanson of Lakeville North, a state tournament qualifier in 2019, tries to turn his Burnsville opponent in a Dec. 5 South Suburban Conference match.

The favorite in South Suburban Conference wrestling already was clear – and if you needed more evidence, look no further than Shakopee’s 65-5 victory over Farmington last week.

The Sabers, who are defending state Class 3A champions, won 13 of 14 matches against eighth-ranked Farmington. Tigers standout Luke Peterson, a fourth-place finisher in the 2019 state tournament, didn’t wrestle in the Dec. 5 match but even if he had it probably wouldn’t have prevented a Shakopee runaway.

Shakopee had five wrestlers occupying No. 1 spots in last week’s Class 3A individual rankings released by theguillotine.com. But the South Suburban can make an argument for being the top wrestling conference in Class 3A with four teams ranked in the top nine, along with a number of returning individuals with state meet experience.

In addition to No. 1 Shakopee, other ranked teams from the South Suburban include No. 7 Apple Valley, No. 8 Farmington and No. 9 Prior Lake.

Eight of the 10 South Suburban Conference schools, including Shakopee, Apple Valley and Prior Lake, are assigned to Class 3A, Section 2 for the postseason. The only Section 2 team not in the SSC is New Prague, which is ranked fifth in the state. By February, it’s entirely possible that two of the 10 best teams in Class 3A won’t make it to the Section 2 championship match.

South Suburban teams not in Section 2 are Farmington, which wrestles in Section 1, and Eagan, which was runner-up to Hastings in last year’s Section 3 team tourney.

Shakopee’s emergence as a wrestling power – and its move to Class 3A, Section 2 – were key factors in ending Apple Valley’s 35-year streak of section championships in 2017.

This year’s Apple Valley team is building but still formidable. The Eagles’ top wrestler is senior Tony Anger, who is ranked second in Class 3A at 285 pounds but is light enough to wrestle at 220, which he did in a pinfall victory in Apple Valley’s season opener at Burnsville on Dec. 5.

Anger is one of just four seniors on the 2019-20 Apple Valley team.

Six of the 2019 Class 3A individual champions were underclassmen, including Lakeville South’s Willie Bastyr, the reigning state champ at 152. Bastyr, who went 41-3 last season, opened this season ranked third in Class 3A at 160.

Lakeville North sophomore Jore Volk was runner-up at 106 in the 2019 state tournament, then over the summer won freestyle and Greco-Roman U16 national championships in Fargo, N.D. Volk begins this season ranked first at 106. Volk’s teammate, ninth-grader Zach Hanson, won freestyle, Greco and folkstyle national titles in the U14 age group. Hanson is ranked fifth at 120 by theguillotine.com.

Returning medalists from the 2019 state meet include Eagan senior Ty Gage, a sixth-place finisher at 130, and Dylan Anderson of Apple Valley, fifth at 152.

Farmington regrouped after its loss to Shakopee and won the Edina Invitational on Saturday, finishing 31 points in front of runner-up Lake City. The Tigers’ Ryan Sullivan (106), Frost (113), Peterson (145), Hamel (160) and Weierke (195) won their weight classes.

Scott West, the ninth-ranked team in Class 2A, won the Lakeville North Panther Invite on Saturday. Lakeville South and Lakeville North placed third and fourth. Bischof (152) and Dukes (170) were individual champions for South, and Volk (113) and Hanson (120) won their brackets for North.