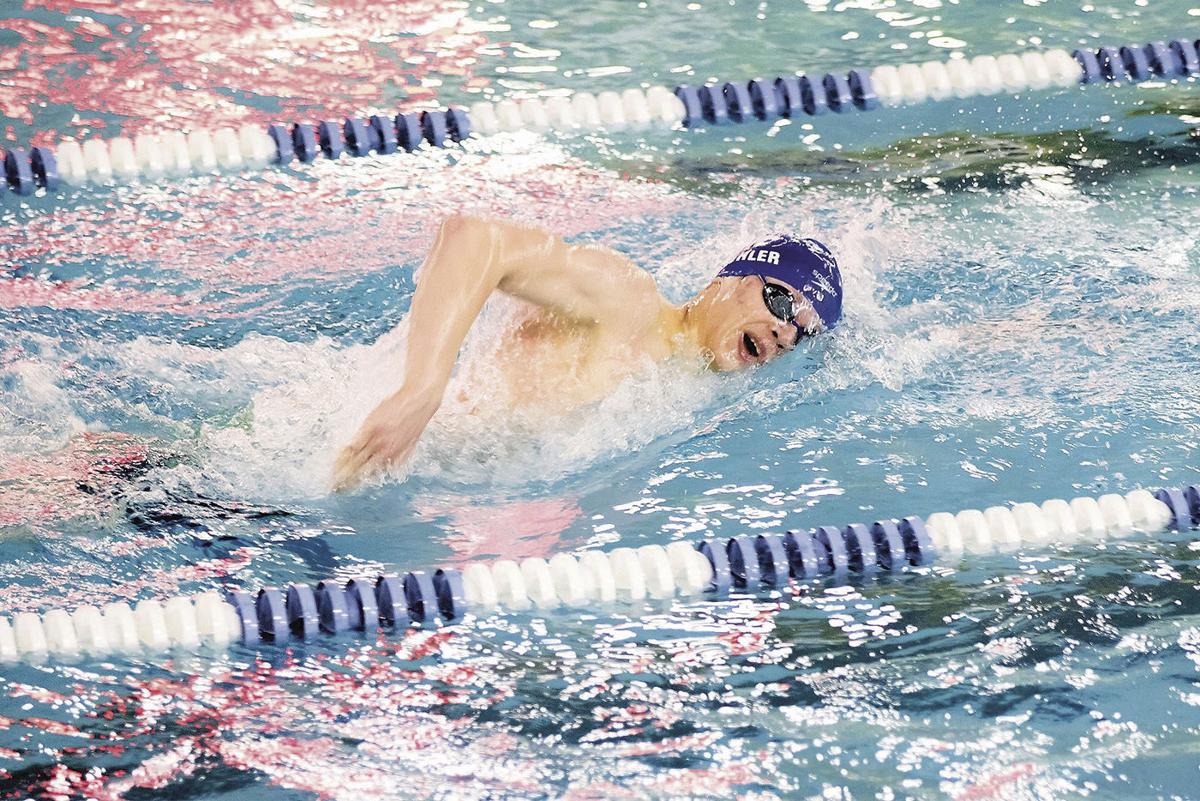 Eagan sophomore Jackson Kehler is the top seed in the 200- and 500-yard freestyle races at the state Class AA boys swimming and diving meet. 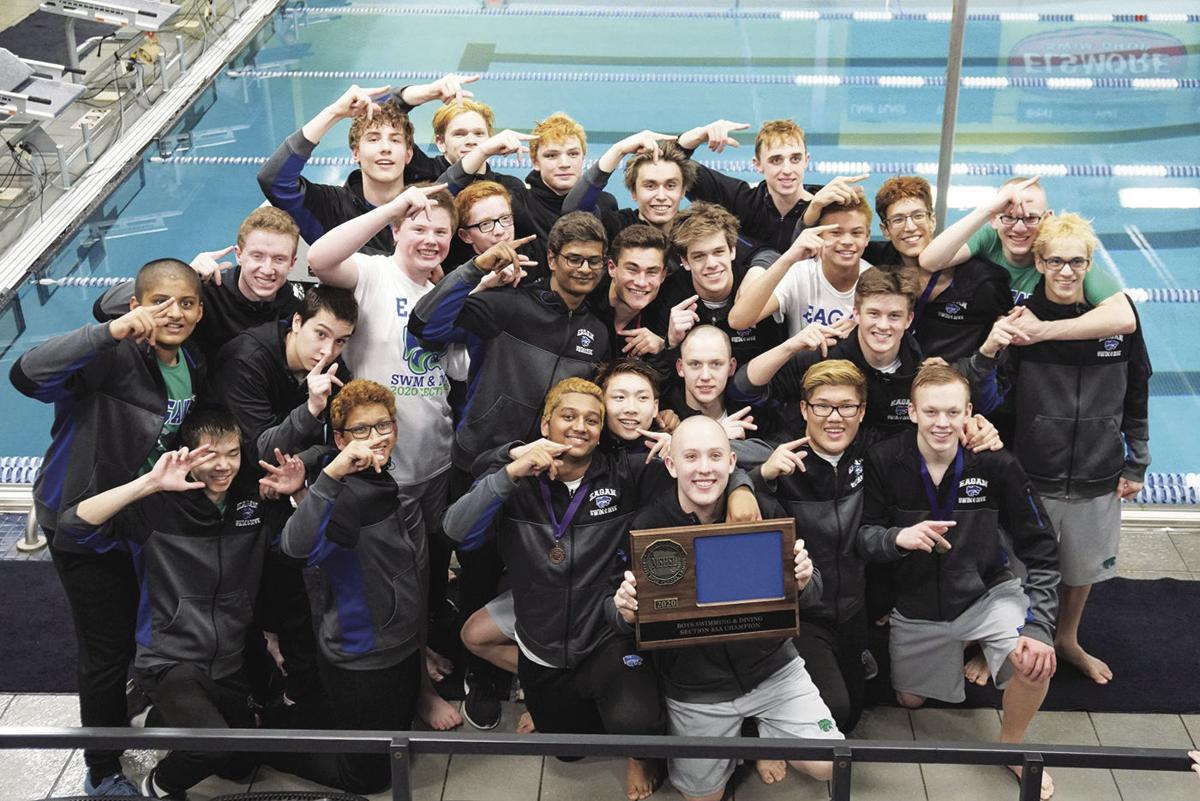 Eagan sophomore Jackson Kehler is the top seed in the 200- and 500-yard freestyle races at the state Class AA boys swimming and diving meet.

The meet wasn’t decided until the last event, when Eagan won the 400-yard freestyle relay to finish one point ahead of Rosemount and earn its seventh consecutive Section 3AA boys swimming and diving championship.

Eagan emerged as winners by a single points, 364-363, after the Feb. 21 section swimming finals at Bluewater Aquatic Center in Apple Valley. Dylan Huynh, Hans Broman, Roni Shrestha and Jackson Kehler swam the final relay in 3 minutes, 16.68 seconds. Rosemount was second in 3:18.19. Both relays will compete in the Class AA state meet this weekend at the University of Minnesota.

Kehler, an Eagan sophomore, will advance to state with a full slate. Kehler grabbed two individual Section 3AA championships, winning the 200 freestyle in 1:40.15 and the 500 freestyle in 4:34.15.

Kehler is seeded first in the Class AA state meet in the two distance freestyle events. He also paired with Emilio Santoyo Lopez, Shrestha and Thomas Kehler to win the Section 3AA 200 freestyle relay in 1:30.17.

Santoyo Lopez, a junior, finished second in the 100 freestyle in 48.69 for a state trip, and junior Jacob Frost also was second in 1-meter diving with a score of 386.25.

Rosemount will send two individual swimmers to the University of Minnesota for state. Sophomore Evan Kindseth took second place in the 200 freestyle in 1:45.91 to qualify. In a battle of teammates, Kindseth just out touched senior Keegan Henning in the 500 freestyle by .07 seconds to finish second to Kehler. Kindseth and Henning both qualified for state and are seeded fourth and fifth in the 500 freestyle.

Eastview finished fifth in the Section 3AA team standings with 276.5 points. The 200 medley relay team of Kyle Kunisaki, Reid Lambert, Daniel Panikkar and Nicholas Phomsouvanh started off with a third-place swim and a state qualifying time of 1:38.56. Kunisaki, a junior at Eastview, also advances with a second-place finish in the 100 backstroke in 54.70. Lambert, a senior, will swim the 100 breaststroke in his final Minnesota state meet after his 1:00.63 time and second-place finish in the section meet.

Junior Alex Sulistyo was the lone individual champion for Eastview. Sulistyo scored 427.85 points in diving, securing the championship by more than 40 points.

Apple Valley was seventh in the overall standings with 185 points. Notable for the Eagles were junior diver Luke Fischbach placing third and junior swimmer Greyson Marcott grabbing third in the 100 butterfly and fourth in the 200 individual medley.