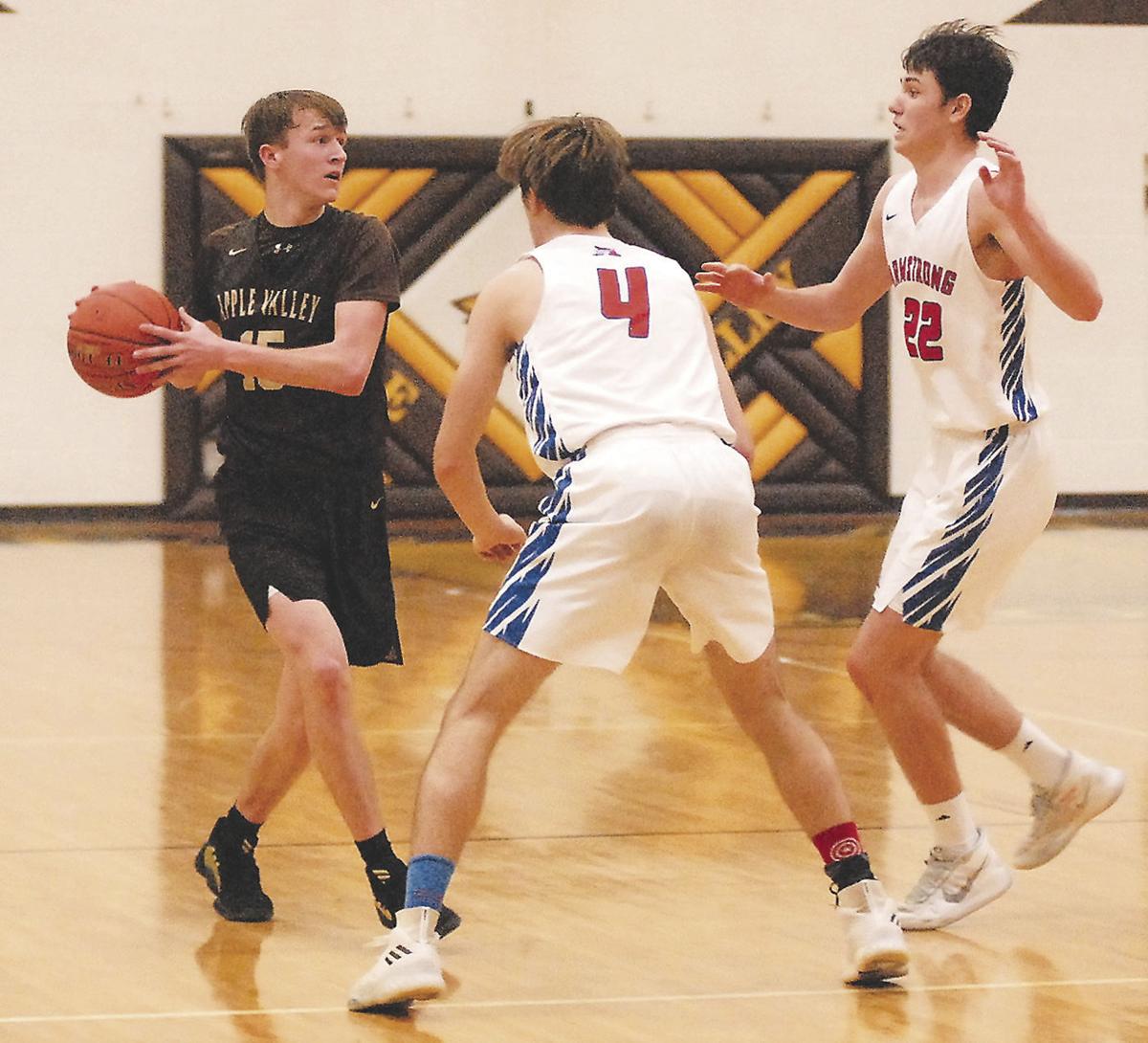 Apple Valley guard Elliot Ewald looks to pass out of a double team during the Eagles’ double-overtime loss to Armstrong last Friday. 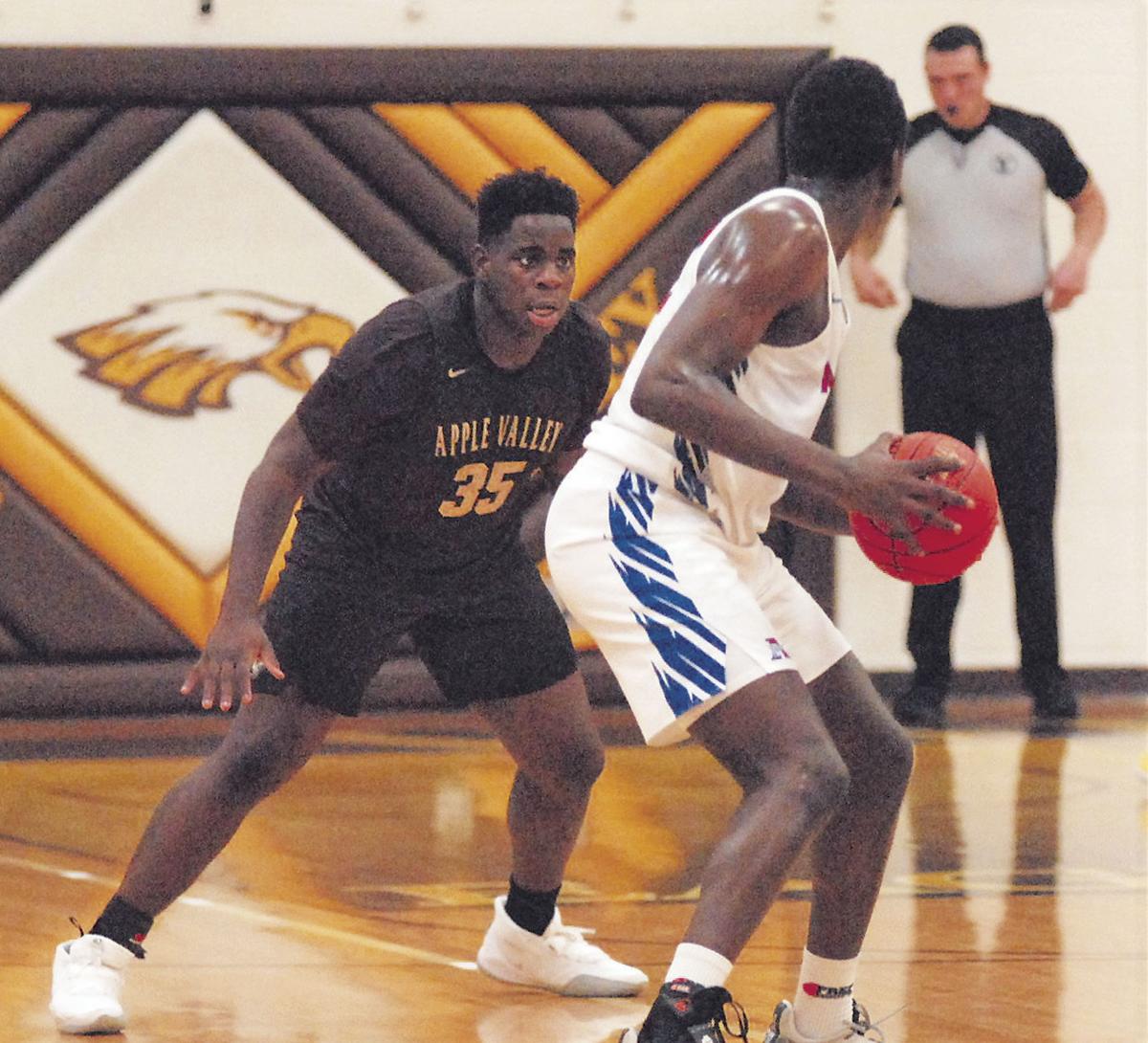 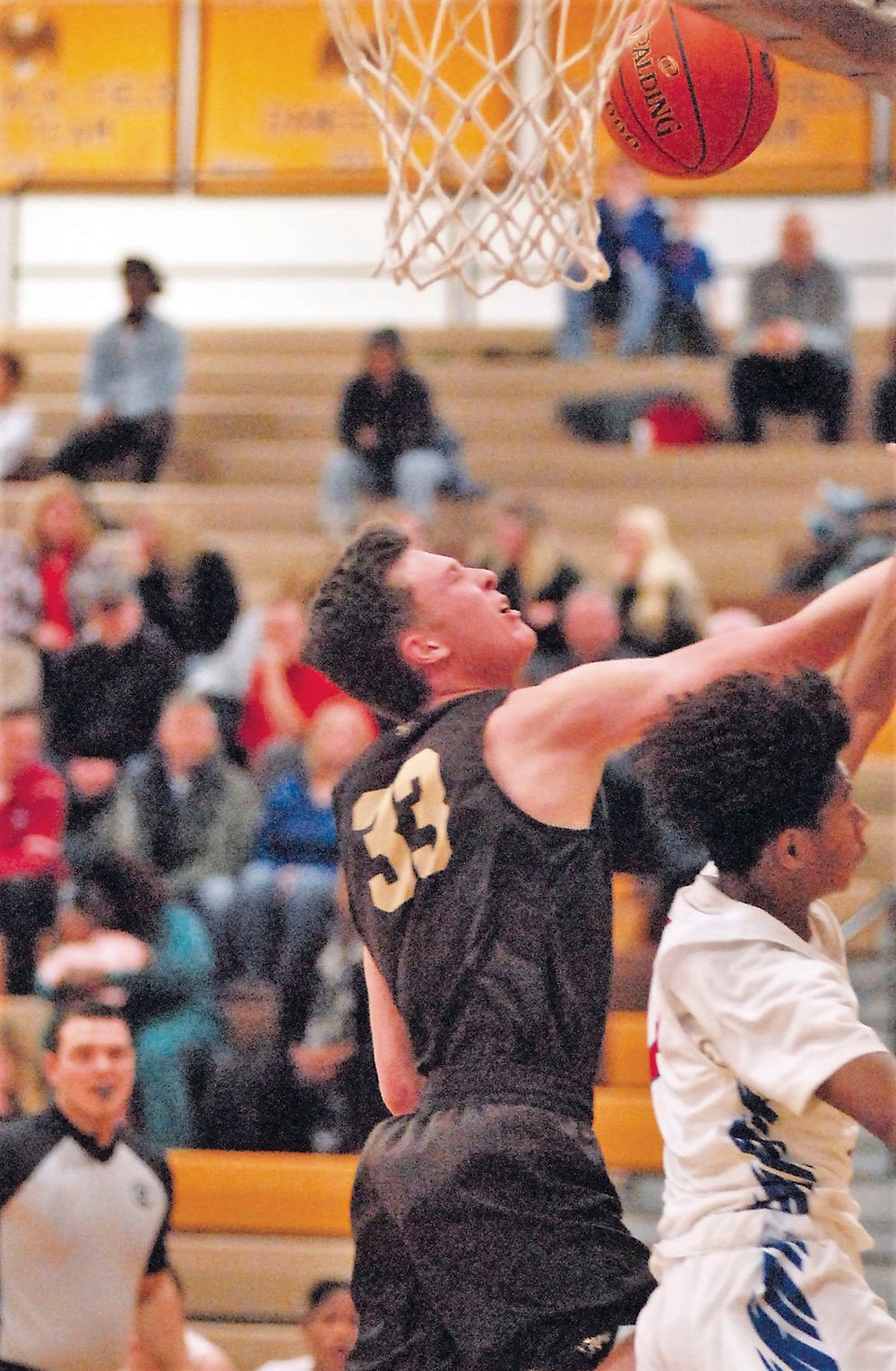 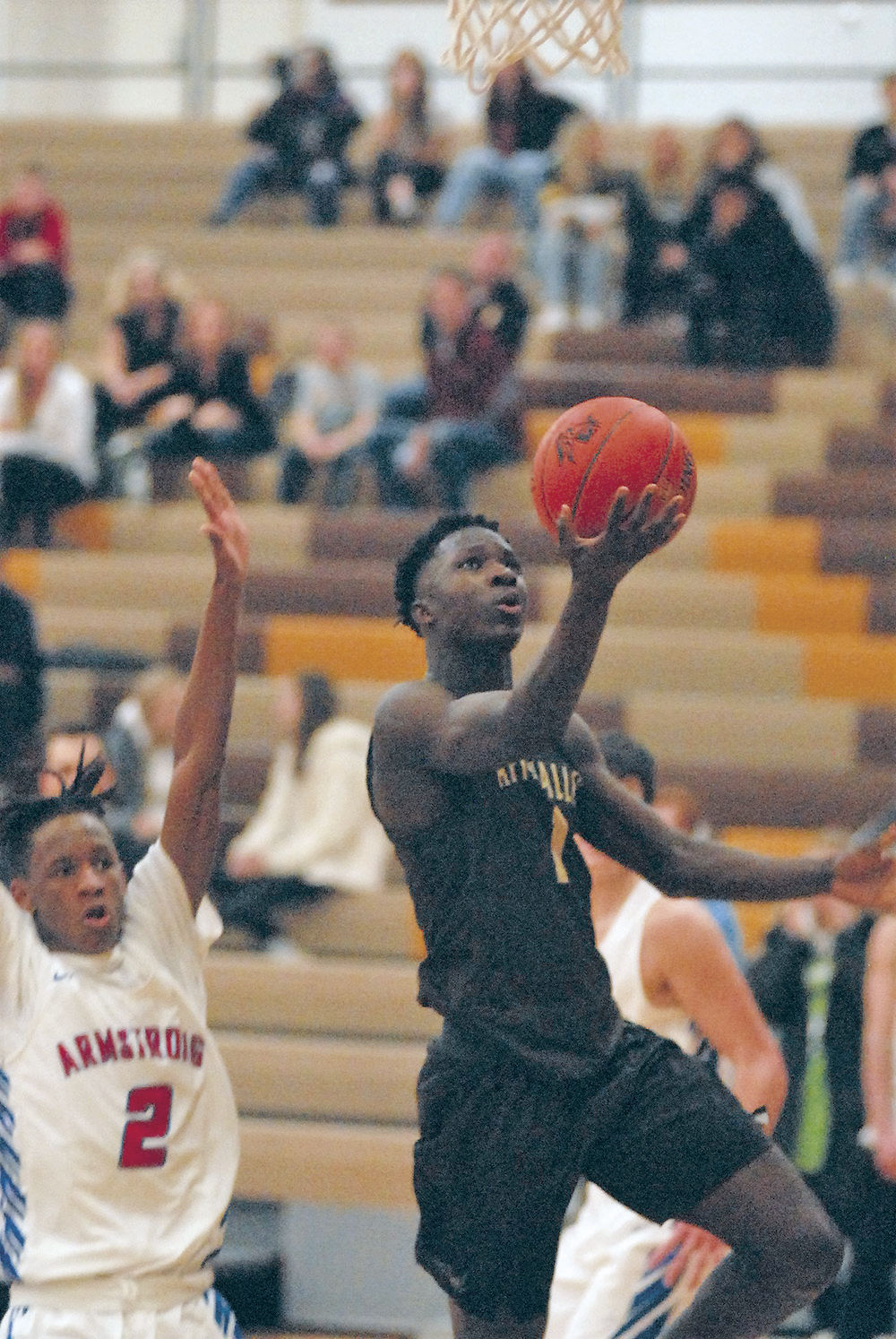 Apple Valley guard Elliot Ewald looks to pass out of a double team during the Eagles’ double-overtime loss to Armstrong last Friday.

With four teams ranked in the top 20 in Class 4A and others on the verge, tough, competitive games are likely to be the norm in South Suburban Conference boys basketball.

Three SSC teams – Prior Lake (fourth), Shakopee (seventh) and Eastview (eighth) – were ranked in the top eight, with Lakeville South checking in at 14th. The league features at least two future Division I college players in Eastview forward Steven Crowl, who signed with Wisconsin, and Prior Lake forward Dawson Garcia, who’s going to Marquette. There’s also a future Big Ten Conference football player in the league – Lakeville South’s Riley Mahlman, who committed to Wisconsin as a future offensive tackle. He also has a touch around the basket, averaging 12 points a game for the Cougars last season.

At least one streak is guaranteed to end this season: Lakeville North’s run of eight consecutive Class 4A, Section 1 championships. The Panthers are assigned to Section 3 through at least 2020-21, which could make Lakeville South the new team to beat in Section 1.

Outlook: One name on the Blaze roster should ring a bell – ninth-grade guard Ibrahim El-Amin is the son of Blaze assistant coach (and University of Connecticut national champion) Khalid El-Amin. He scored 19 points in his Burnsville varsity debut against St. Louis Park. Senior guard Daniel Rosenber and sophomore guard Yarin Alexander are varsity returnees; Alexander scored 18 in the St. Louis Park game. The Blaze will play with heavy hearts in memory of teammate Mohamed Hassan, who was killed in a shooting in Minneapolis in August.

Outlook: McKenzie, formerly a head coach at St. Paul Academy and Roseville, takes over for Josh Peltier, who’s now head coach at East Ridge. The Wildcats were a young team last season and as a result return five of their top six scorers, including senior guard Kurt Ohlhues, who averaged about 12 points a game. Ohlhues scored 23 in this year’s season opener against Woodbury. Guards Finn O’Malley, Cameron House, Jack Carlson and Sam Davis are other top returnees. Ninth-grade guard Emmanuel Schmitter could emerge as another scoring threat.

Outlook: The Lightning, ranked eighth in Class 4A, return a strong core group from a team that qualified for the state tournament. Forwards Steven Crowl and Tate Machacek and guards Ryan Thissen, Jaylen James and Caden Scales all averaged at least 6.7 points last season. Crowl, a 6-foot-11 forward who signed with the University of Wisconsin last month, scored 34 points in the Lightning’s victory over Chaska. James is expected to take over at point guard.

Outlook: The Tigers have athletes but not a lot of experience. Junior guard Isaac Ask is the only returnee from last year’s top eight scorers. Although Farmington lost to Woodbury in its season opener, the upside was the Tigers weren’t overly dependent on one player for offense. Ask, Max Darrington, Gabe Bassett, Carter Huschka, Kyle Hrncir and Jake Cochnauer all had at least seven points.

Outlook: The 2018-19 Panthers took the South Suburban championship, won a section title for the eighth consecutive year and reached the state final for the third time in eight years. This year there’s a different cast. Six players who averaged between five and 19 points have graduated. Returning guards Josh Kamara and Carter Patterson lead this year’s team. Senior guard Nelson Koshiol, who saw limited playing time last season, scored 20 points in the opener against Rochester Century. Junior forwards Cooper Laufenburger and Will Blascziek also are expected to be key parts of the rotation.

Next game: at Woodbury, 7 p.m. Thursday.

Outlook: The Cougars return starting guards Reid Patterson and Joe Bachinski, and forward Riley Mahlman. The three combined to average about 37 points a game last season. They also engineered a regular-season upset of Lakeville North, becoming the only team to beat the Panthers in conference play. Senior Jack Leland and sophomore Avery Mast saw playing time off the bench last season and are in line for more time this season. With Lakeville North’s moving to Section 3, the Cougars now might be the favorite to win the Section 1 championship.

Outlook: Making headway will be tough when the South Suburban Conference is loaded with competitive teams, but the Irish got a good start with their victories over non-conference opponents Bloomington Jefferson and Minneapolis South. Jared Gerke, a senior forward, had 17 points in the opener and junior guard Sean Sullivan had 13. Senior guard Dylan Princl and sophomore guard Caleb Siwek figure to be contributors, and juniors Zach Wenthe and Koye Leenderts add size to the lineup.