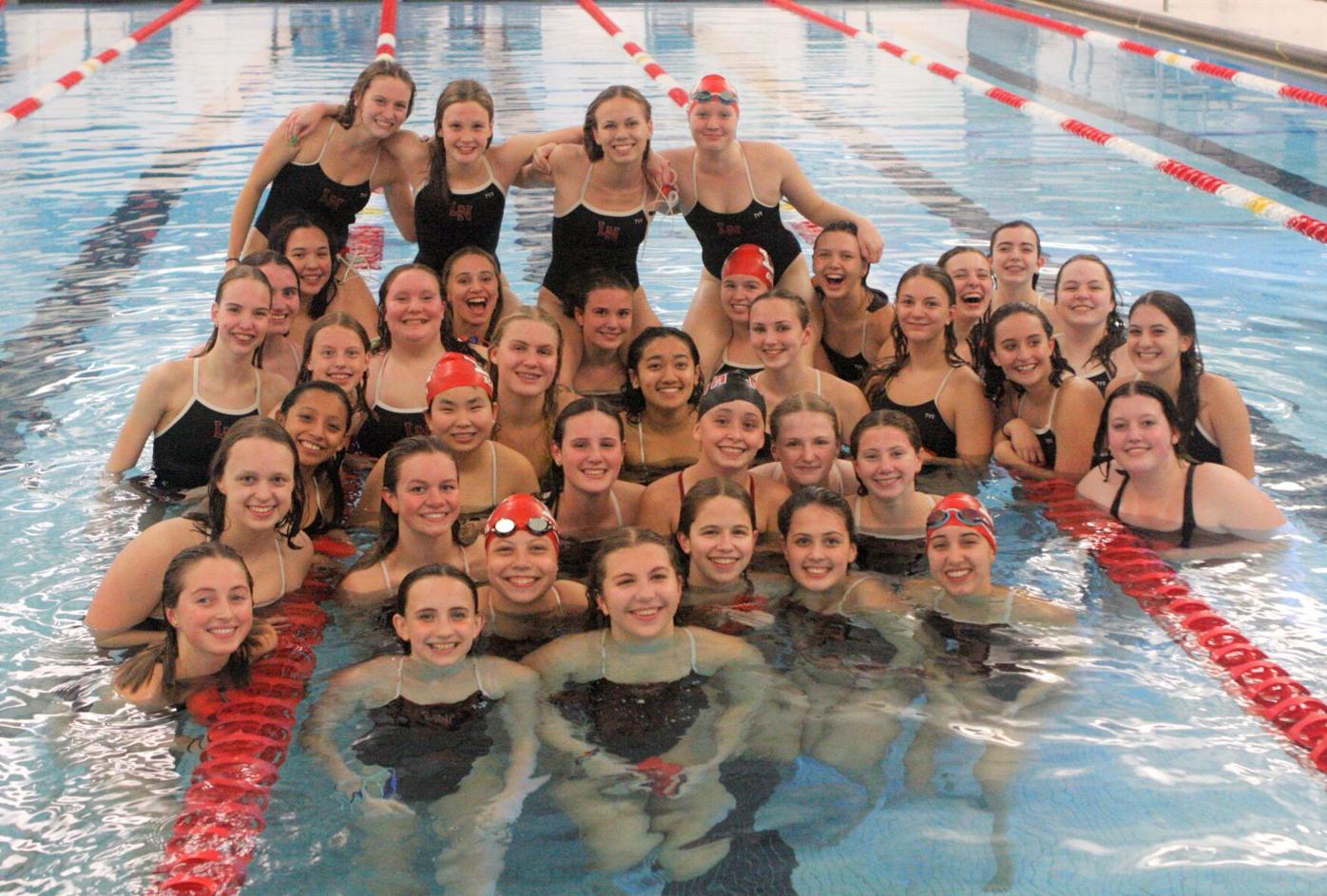 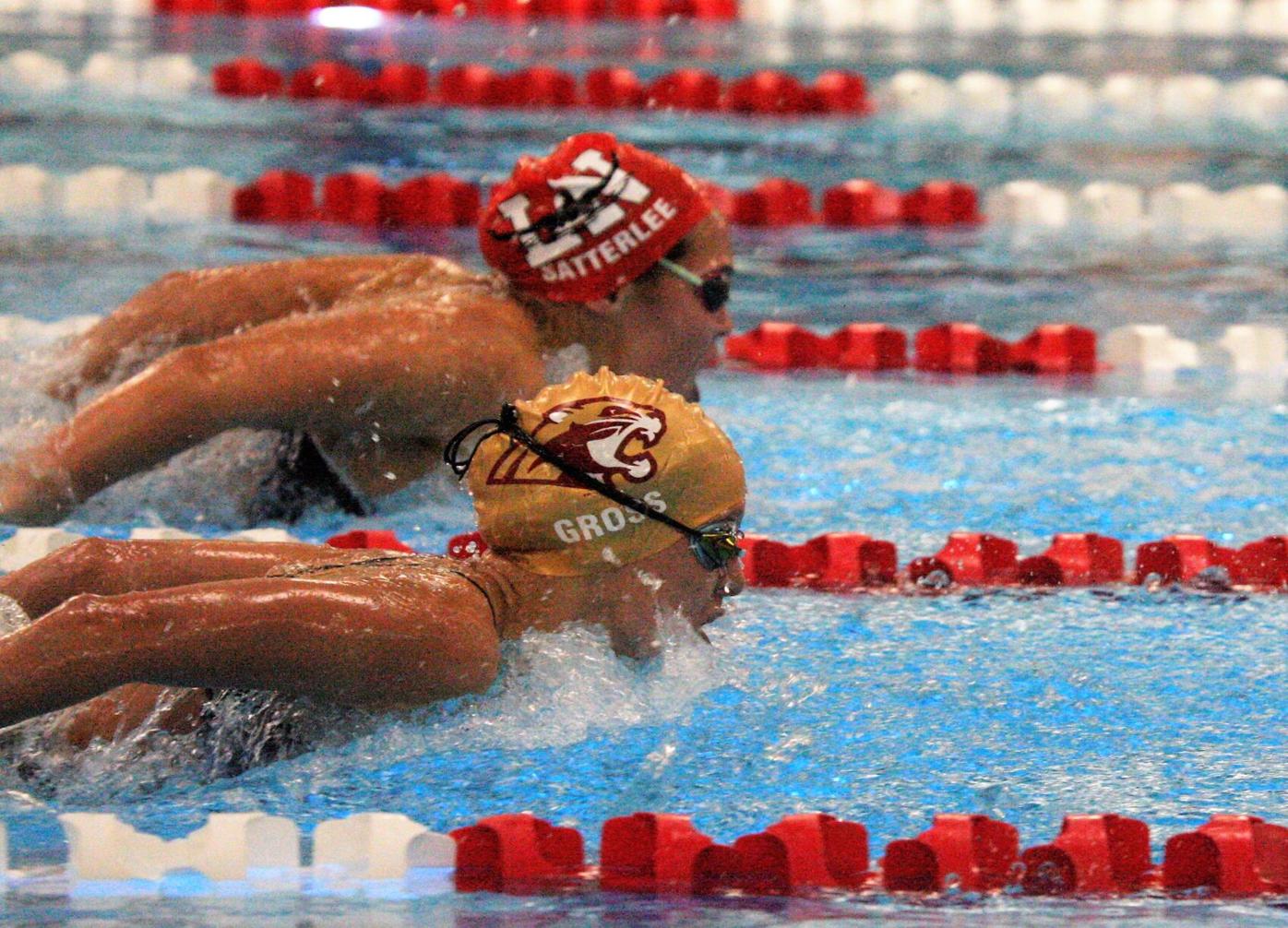 Lakeville swim teams’ dual meet against each other is season favorite

The most entertaining meet of the season for Lakeville’s girls swimming and diving teams happened Oct. 5, when North faced South in front of a raucous crowd at Kenwood Trail Middle School.

North, denied victories in its last two meets in the final relay event, wasn’t about to let another one slip away. The Panthers roared to the lead and never let up, winning 97-84.

The teams practice and have home meets in the same facilities, which to Lakeville North diver Alea Kroeten is what makes the annual North-South dual more fun. “We’re all close and it felt like another practice,” Kroeten said.

Eighth-grader Payton Hultgren had a monster meet for North, sweeping first place in the 100 and 200 freestyle races and anchoring North’s 200 freestyle relay in a pool-fastest split of 25.88 seconds. Hultgren was responsible for 12 individual points and helped score eight more in the first-place relay.

North had the top three times in the 100 backstroke, where McKenna Hultgren won in 1:03.56, followed by Van Dyne and Caitlyn Holl to put the meet away for the Panthers.

“I loved competing against South,” said the Panthers’ Emily Hodgin. “It was great to win for my senior year. Super-proud of the (North) girls.”

South’s youngsters put on a show of their own. Ana Clemon swam 25.88 in what is affectionately dubbed “the Splash and Dash” 50 freestyle, narrowly out-touching the Panthers’ Satterlee (25.92). Kayla Gross followed with a 1:01.30 in the 100 butterfly for victory.

Then there’s South’s diving. Not only did Daphne Fox lead her squad to a 1-2-3 finish in the 1-meter event, the divers jumped in for a surprisingly solid time in the junior varsity 200 freestyle relay.

North moved the scoring into exhibition after the backstroke, but it didn’t stop the Cougars’ Kylie Huehne from gliding to a first-place finish in breaststroke in 1:14.44. Huehne, a seventh-grader, has been a huge addition to the young Cougars team and will be one to watch in the years to come.

Tradition of the North-South meet dictated that each athlete competing in the final 400 freestyle relay swim an individual medley rather than a 100-yard freestyle leg.

As every athlete finished, high-fives were exchanged between lanes and exhausted smiles were common. The cheering from the stands was a testament to the border rivalry and more importantly, the long-standing friendship and respect between the two Lakeville teams.

“We get a lot of swimmer alums who like to come back and watch this meet because it’s so high energy,” said North captain Kayla Anderson. “It’s great to get to see our South friends and have a little fun with the rivalry as well. Getting to be one of the only North sport teams so far this year to beat South in an athletic competition is something that I know the whole team is proud of. They all stepped up and got it done, and made it a great last homecoming meet for me and all of the graduating seniors.”

“This swim meet is my favorite (and) it truly was a bittersweet night for me and my fellow seniors,” the Panthers’ Frannie Blumberg added.

On Tuesday, undefeated Prior Lake swept past Lakeville North in a South Suburban Conference dual meet. Farmington, the second-place team in the SSC, defeated Lakeville South.