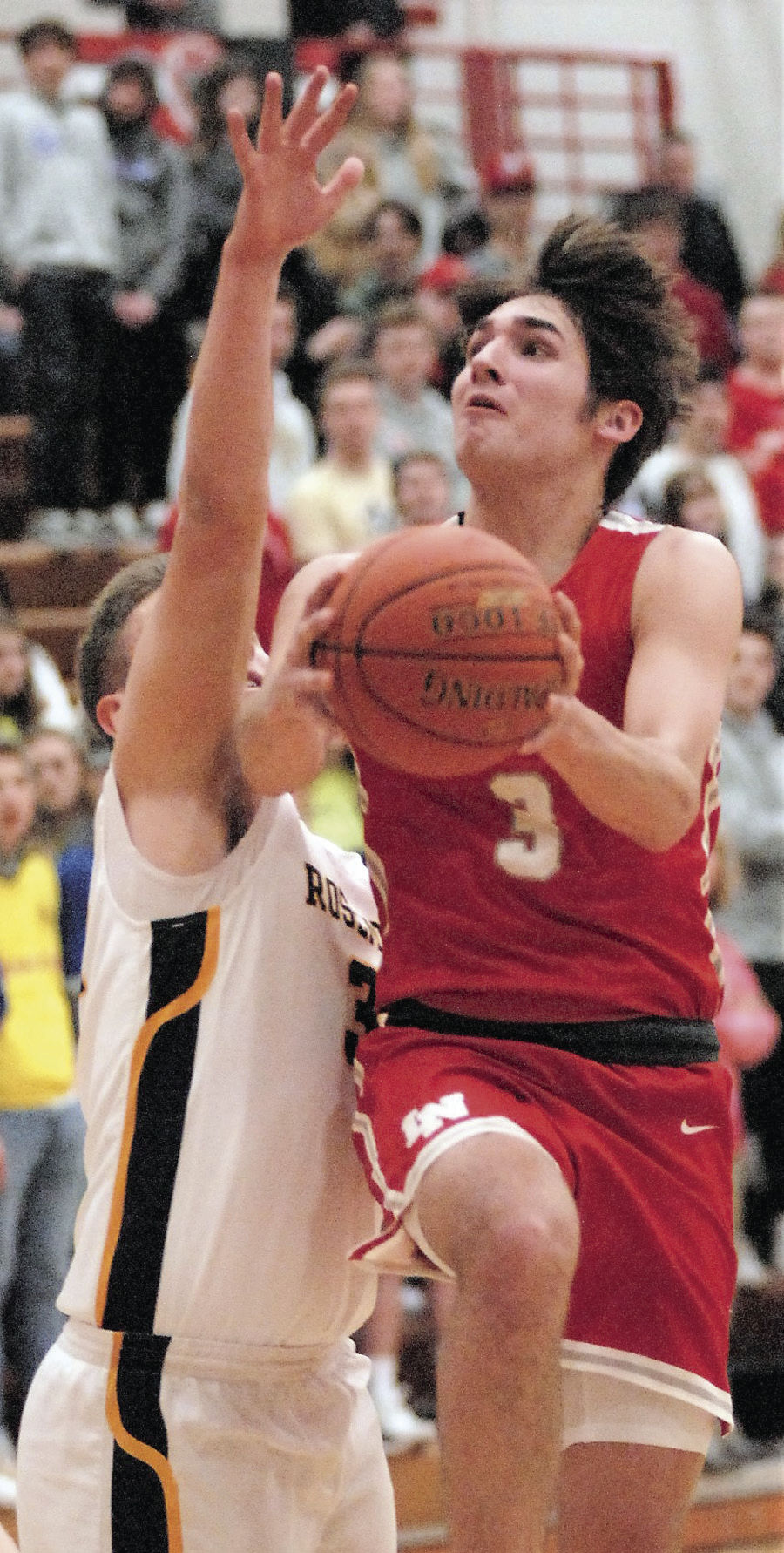 Lakeville North's Will Blascziek goes to the basket against Rosemount in the Class 4A, Section 3 boys basketball semifinals. The Panthers won 65-53 but lost their chance to play Eastview for the section championship when the game was canceled because of the COVID-19 virus outbreak. 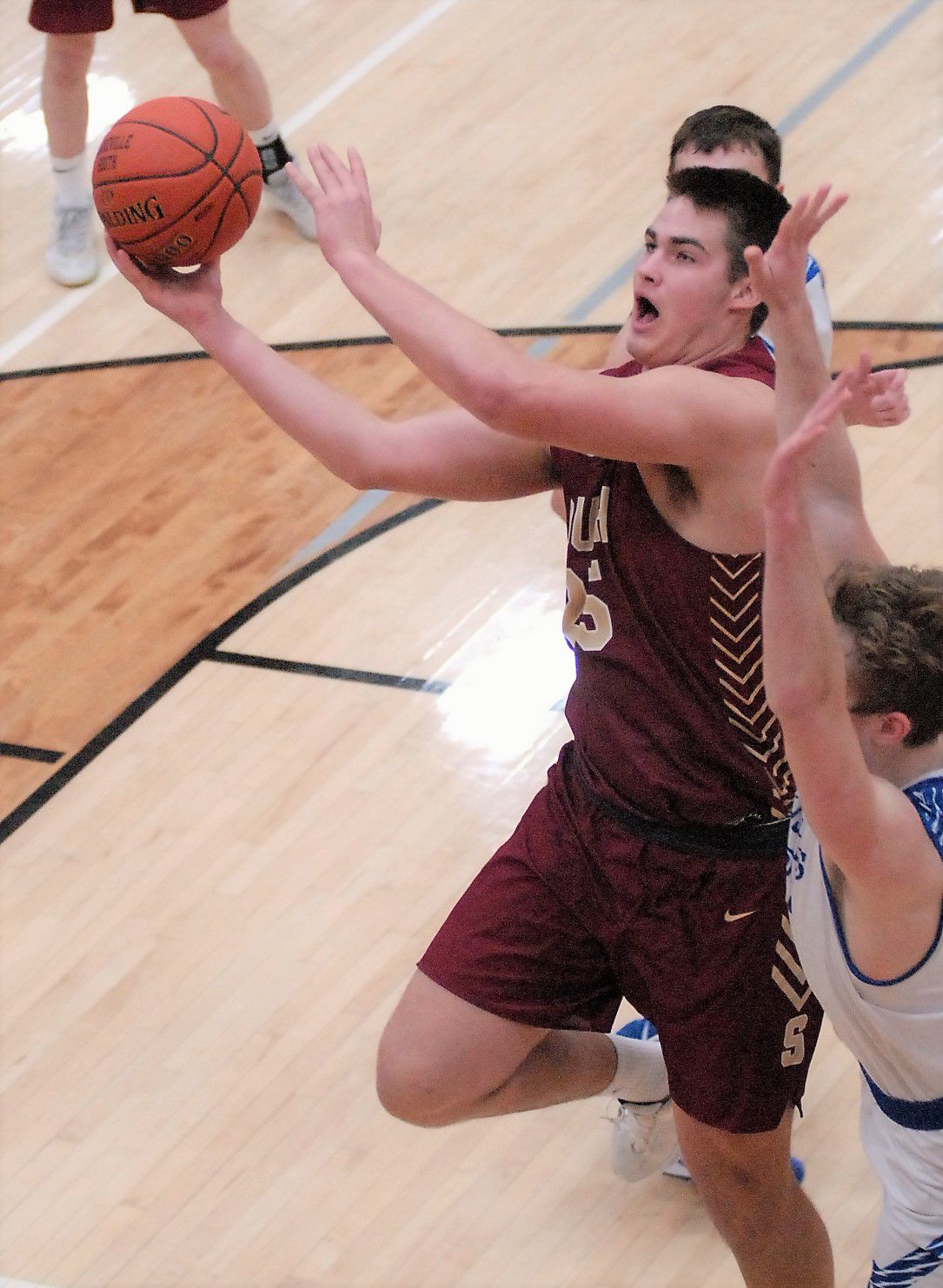 Forward Riley Mahlman will be one of the players trying to get Lakeville South to the state boys basketball tournament next year.

Lakeville North's Will Blascziek goes to the basket against Rosemount in the Class 4A, Section 3 boys basketball semifinals. The Panthers won 65-53 but lost their chance to play Eastview for the section championship when the game was canceled because of the COVID-19 virus outbreak.

Forward Riley Mahlman will be one of the players trying to get Lakeville South to the state boys basketball tournament next year.

North, South still alive in playoffs when they’re called off

Eventually, Lakeville North’s streak of state boys basketball tournament appearances was going to end. It’s just that nobody could have predicted it would end this way.

The Panthers were to play Eastview in the Class 4A, Section 3 championship game last Friday at Farmington High School, but the rapidly evolving COVID-19 virus situation disrupted those plans. As recently as the middle of last week, the game was to go on as planned. Then the Minnesota State High School League was going to limit attendance at the game because of concerns about virus spread. By Friday, with schools, governments and professional sports leagues already curtailing operations, the MSHSL decided to call off all remaining winter sports events.

Lakeville North ended its season 17-11, with its last game a 65-53 victory over Rosemount in the Section 3 semifinals March 10. The Panthers will not get a chance to go to the state tournament for the ninth consecutive year.

North coach John Oxton’s career has spanned more than 30 years and 600-plus victories, and there was nothing in that background that helped him as he tried to explain to his team what happened.

The cancellation “happened during school, and I had a couple of players in my class when the word started getting around,” Oxton said. “We didn’t have a chance to meet with the whole team until school was out.”

Once the Panthers could get together, “one of the things we talked about was how we couldn’t control what was happening,” Oxton said. “It’s an unfortunate situation, but basketball is secondary to what’s going on in the world right now.”

Lakeville North, ranked 20th in Class 4A, would have been an underdog against second-ranked Eastview in the Section 3 final. The Panthers lost to Eastview 77-64 and 80-62 in two regular-season South Suburban Conference games but were looking forward to another chance to play the Lightning. North had won seven of eight games since its second loss to Eastview on Feb. 7.

The Panthers tied for fourth place in the South Suburban, a league where five teams were in the top 20 of the Class 4A rankings.

Lakeville North might not have had the Division I college prospects several recent Panthers teams featured, but “this was a fun team to coach,” Oxton said. “They were very mature and team-oriented, and they improved a lot during the season. I’m super-proud of what they accomplished.”

The winner of the Class 4A, Section 1 championship game was going to break a long state tournament drought. Lakeville South hadn’t been there in nine years, and it’s been 12 years since Rochester Mayo last went to state.

One of them was going to step through the door opened by eight-time defending Section 1 champion Lakeville North’s move to Section 3. Now neither South nor Mayo will go to state after concerns about the spread of the COVID-19 virus caused high school sports cancellations nationwide, including the Section 1 boys basketball game scheduled last Friday at Mayo Civic Center in Rochester.

Lakeville South was the No. 1 seed in the section; now the Cougars season is over at 21-7, including two postseason victories. Two of the Cougars’ top five scorers, forward Jack Leland and guard Joe Bachinski, will graduate, as will guards Jace Flynn, James Vigil, Ben Unke and Carter Bloomquist.

The team’s top three scorers – junior guard Reid Patterson, junior forward Riley Mahlman and sophomore forward Avery Mast – will be back next season as the Cougars try to prepare another postseason run.