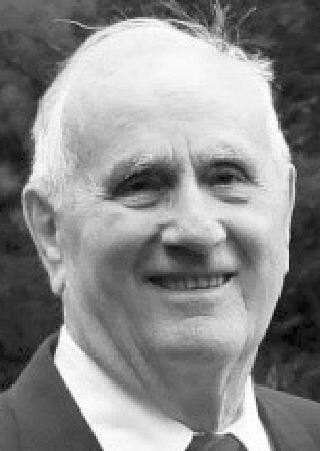 On January 5, 2021, William Lubbesmeyer Jr., a loving husband of 67 years and father of five children, passed away at age 91. William (Bill) was born on January 17, 1929, in Perham, MN, to William and Ethel (McGrann) Lubbesmeyer, one of two children. Upon graduation from Foley High School, Bill joined the Army National Guard. At the age of 22, his unit was activated and then deployed to fight in the Korean War. Bill spent nine months in Korea as a Supply Sergeant. Bill graduated from St. Cloud State University with a Bachelor of Science degree in Education and earned his Master’s degree from the University of Minnesota. He began his teaching career in Milaca alongside his mother in a one-room schoolhouse. On August 31, 1953, Bill was united, in marriage, to Rose Tomporowski. The same year, Bill began his 31 years of teaching Health and Physical Education at Rosemount Middle School. For 18 years, he was a head coach of the varsity baseball team and led eight of his teams to conference championship titles. After retirement, Bill and Rose traveled to Europe and spent the winter months in their Florida home. Bill played leisure games of golf but enjoyed spending most of his time relaxing in the lanai with a good book. Bill was a loving father and grandfather. He and his family enjoyed fishing trips in northern Minnesota and traveled the U.S. He attended his children’s and grandchildren’s sporting events as a coach or a proud fan. Bill was preceded in death by his parents and sister, Lois. He is survived by his wife, Rose, his five children, Lynn (Don) Micheletti, Luann (Greg) Gibbs, Mark Lubbesmeyer, Aimee Martinson, and Annette Lubbesmeyer, along with his grandchildren Will, Grant, Alexa, Allison, Dyllan, Luke, and Krista. A private Mass will be at St. John the Baptist Catholic Church in Savage, MN. Burial at Ft. Snelling National Cemetery. Memorials can be sent to White Funeral Home in Burnsville and forwarded to the family. Condolences: www.whitefuneral homes.com White Funeral Home Burnsville 952-894-5080