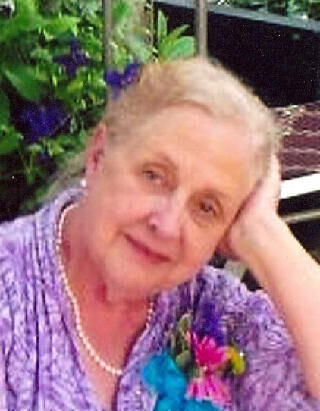 Gloria Jullett Mae (Spicer) Curwick passed away peacefully at Three Links Care Center on August 31, 2021. Gloria’s journey in life began in Faribault, MN born to Ida (Helland) Spicer and Cecil Spicer. Gloria came into this world a little over four pounds on August 24, 1933. In 1933, it was very unusual for a child of this size to survive. Her family and friends were determined she would live - and live she did! She spent much of her childhood and teenage years living in Minneapolis with her parents and three sisters, Delores, Juanita, and Rita. She enjoyed taking the street cars all over Minneapolis, especially with Delores. Gloria met the love of her life, Donald, through neighbor, mutual friend, and Don’s Navy shipmate, Marlin Knutson. They met while Don and Marlin were on leave - it was love at first sight! The couple married after Don completed his Navy service and raised eight children. She was a lifelong homemaker with occasional work outside the home. She loved to cook and bake for her family. She loved holiday family gatherings and cook outs. She went out of her way to make Christmas and birthdays special. Her smile was endless during those times. She enjoyed singing and listening to music and jokingly said she would have married Tony Bennett if she hadn’t met Don ;) She liked watching old movies and TV shows and was lucky playing the nickel slots at her favorite casino. She was fond of reading mystery books, especially Agatha Christie. Gloria preferred to spend her time with her immediate and extended family as they were THE most important part of her life. She treated her children’s friends like her own, making sure they were fed and welcomed. She absolutely adored babies and loved having the grandkids over for sleepovers with lots of popcorn! Gloria is survived by her husband Donald Curwick of Farmington, MN; children Victoria (Robert) Staupe of Lakeville, MN, Donald (Carol) Curwick Jr. of Shoreview, MN, Daniel Curwick of Farmington, MN, Kenneth (Natalie) Curwick of Farmington, MN, Keith (Rosanna) Curwick of Savage, MN, Douglas (Paula Bonelli) Curwick of Northfield, MN, Linda (Ronald) McCalment of Northfield, MN, Susan Curwick of Hampton, MN; 18 beloved grandchildren and 14 great-grandchildren; a sister Rita (Dennis) Sibbet; many nieces, nephews, and cousins. She was preceded in death by parents Cecil and Ida (Helland) Spicer; sisters and brothers-in-law Delores (Marlin) Knutson, Juanita (Roger) Knutson. In lieu of flowers or gifts to the family, memorials are preferred to the Pathways Unit at Three Links Care Center: https://threelinks.charityproud.org/Donate or the Alzheimer’s Association https://www.alz.org/