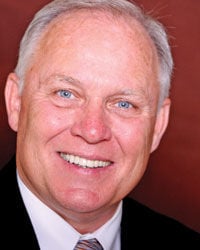 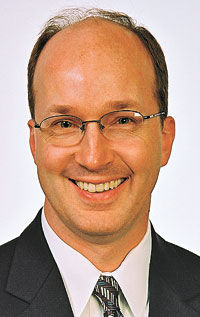 The two lawmakers in Burnsville’s largest legislative districts found a few things to agree on in the 2014 state legislative session, which concluded May 16.

But they parted ways on other key issues, including  anti-bullying legislation, raising the minimum wage and bonding for construction and maintenance projects.

And the lawmakers disagree on the state’s trajectory since the DFL gained control of both the House and Senate in the 2012 election and raised taxes on upper-tier incomes and tobacco in 2013.

State spending “has just gone way overboard, and I think people have noticed,” said Hall, who was first elected in 2010 and re-elected in 2012.

For Morgan, it’s been “a really good two years.”

“We have a balanced budget into the foreseeable future. That’s the first time that’s been done in probably a decade,” said Morgan, who was first elected in 2006, unseated by Republican Rep. Pam Myhra in 2010 and elected again in 2012.

The two years of DFL control — including DFLer Mark Dayton in the governor’s office — have brought “historic investments” in education with all-day kindergarten and early-childhood scholarships for preschoolers, Morgan said.

“Both of things are going to close the achievement gap,” said Morgan, who also touted two years of tuition freezes at state colleges and universities.

“I think it was a hard year as a Republican to watch all of the extreme left positions being developed,” he said. “And when we have 50 percent of the kids not graduating in Minneapolis on time and they keep doing the same thing over and over again, just pouring more money into education like that, it just doesn’t help. We need some major changes, and not the direction they went.”

Myhra, whose district includes four precincts in northwest Burnsville and all of Savage, couldn’t be reached for this story. She’s the running mate of Republican gubernatorial candidate Marty Seifert and isn’t seeking re-election in House District 56A.

DFLers in the Senate instigated the business-to-business taxes in 2013, Morgan said.

“We in the House who actually listened to the business community said, ‘This isn’t a good idea,’ ” he said. “It took the Senate a little longer to listen.”

Hall said he welcomed the tax cuts but said DFLers are still “spending $2 billion more” than before they gained control of the Legislature.

Medical marijuana “was not a partisan issue,” said Hall, who voted against the more liberal Senate legislation but voted for a compromise law that restricts marijuana use to liquids and pills, under a doctor’s supervision, for people with terminal illness and a prescribed set of medical conditions.

“It’s a beginning,” Hall said. “Let’s see how it goes. I don’t think the state is by any means ready for recreational marijuana.”

The law signals that legislators “trust doctors to make good decisions with marijuana, prescribing it for certain circumstances,” Morgan said.

He voted for raising the minimum wage in steps to $9.50 per hour by 2016, with exceptions for smaller businesses, a training wage and youth.

“We’ve had a minimum wage in the United States since the ’30s,” Morgan said. “For the first 60 or 70 years, both parties have agreed from time to time to raise the minimum wage. The last time it was raised in Minnesota, it was a Republican House of Representatives, a DFL Senate and (Republican) Gov. Pawlenty who raised the minimum wage. And that was eight, nine years ago. It’s time to raise it again.”

Hall strongly opposed anti-bullying legislation, which he said amounts to unfunded mandates on school districts with restrictions on notifying parents when a student is identified as either bullied or a bullier.

The law even extends to the athletic field, Hall said.

“That’s part of the game – intimidation,” he said. “It was really hard to watch some of these common-sense things get turned around.”

Morgan, a Burnsville High School science teacher, said his vote for the law was an easy one.

“My vote has come down against bullying,” he said. “If anybody wants to argue with me about that, I welcome that conversation. There are some folks who think this is some huge mandate. It’s not. I would argue that our local school districts were already doing the things that needed to be done. If they weren’t, that’s the fault of local school leaders, and they should be ashamed.”

Morgan supported about $1.1 billion for construction projects,  with $846 million coming from bonding and the rest in cash from the state surplus.

Nineteen House Republicans joined 73 House Democrats in voting for the bill, he said.

“We needed eight” Republicans to secure passage, Morgan said. “We got 19. It must have been a pretty good bill.”

Hall said the measure underfunds roads and bridges and said he’d have limited bonding to about $500 million.

“Bonding is just so full of pork,” Hall said. “It doesn’t take care of the basic infrastructure that it’s supposed to well enough.”

The lawmakers both criticized approval of $77 million in taxpayer funding toward a $90 million Senate office building that will house senators as the Capitol is being refurbished.

Morgan said a smaller building for 12 to 15 senators who will permanently lose office space to the renovation would have sufficed.

Some, including Morgan’s November election opponent, Republican Roz Peterson of Lakeville, have suggested that the Senate rent nearby office space instead of building anew.

The $90 million building “is still cheaper than it would have been to rent space downtown St. Paul forever,” Morgan said. “That’s what people don’t understand. ... But it’s not the cheapest way it could have been done.”

Morgan said he didn’t have to vote on the measure because legislative leaders arranged in 2013 to advance it through votes by the two chambers’ rules committees.

Morgan is facing Peterson a second time, after beating her by a scant 170 votes in  2012.